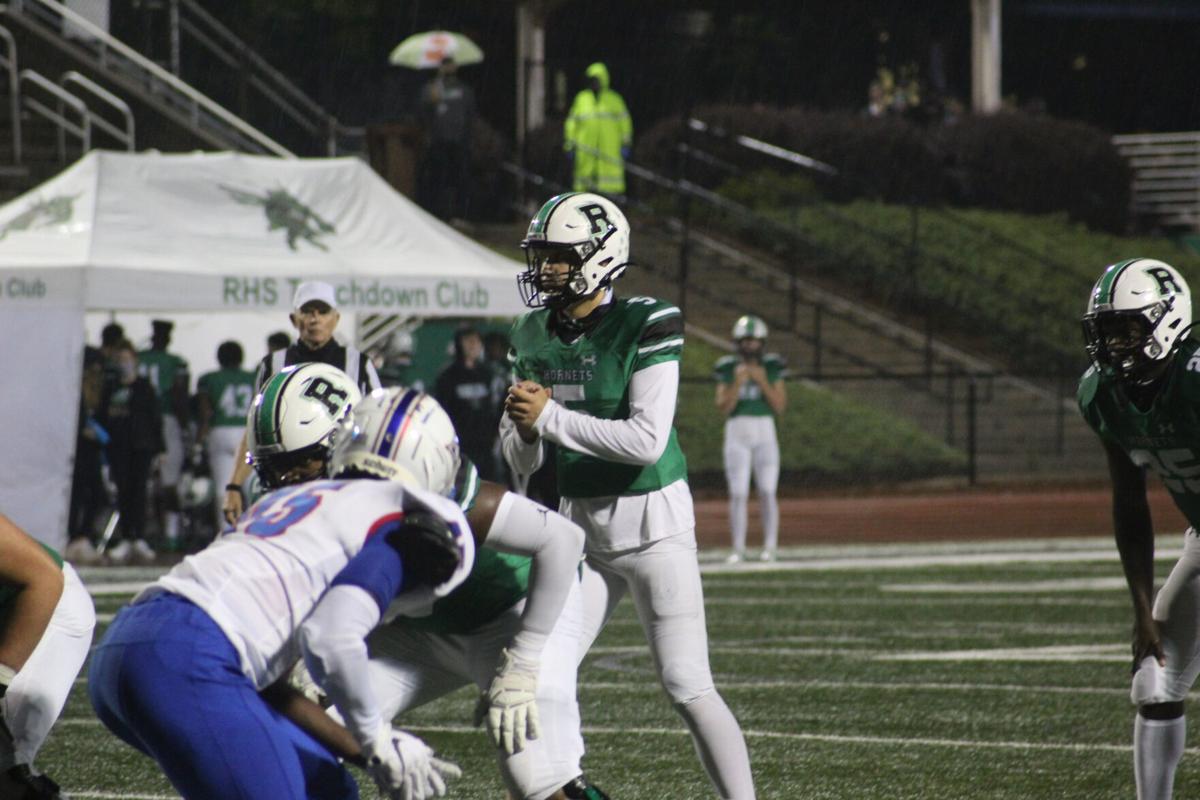 Roswell quarterback Robbie Roper waits for the snap during the Hornets' Oct. 2 win over Walton. 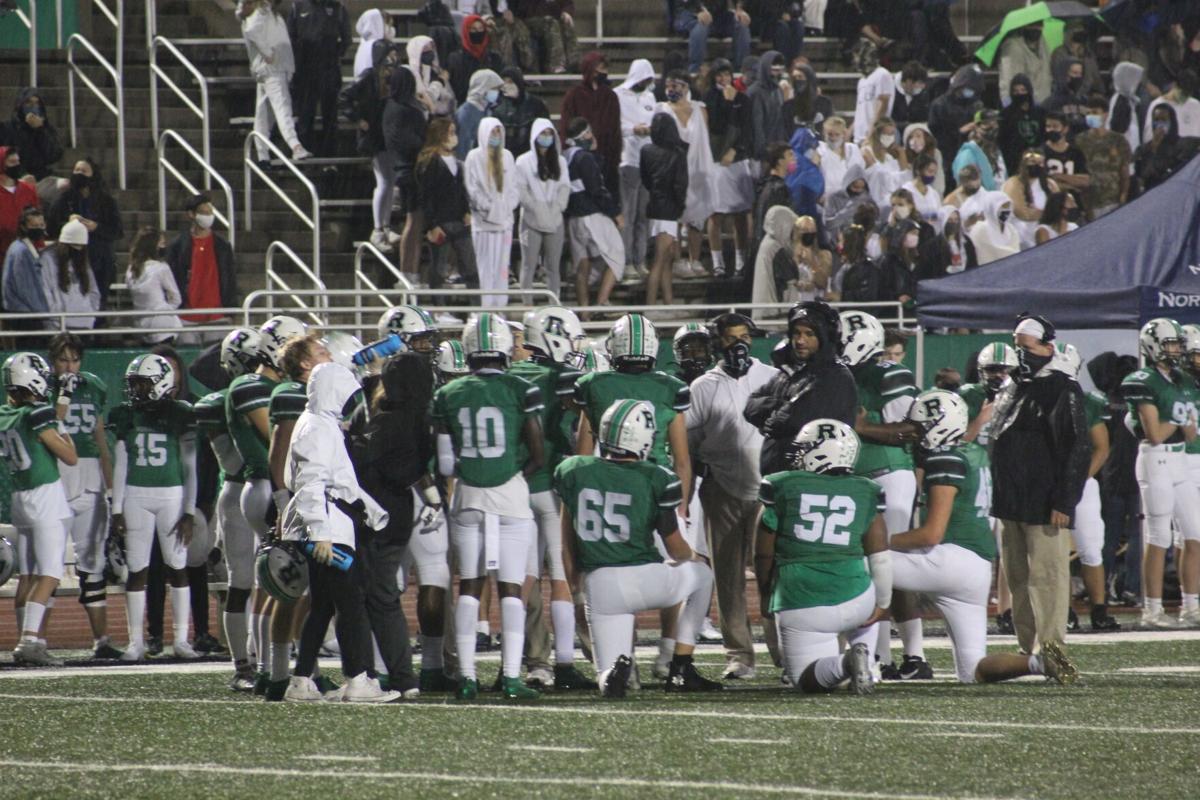 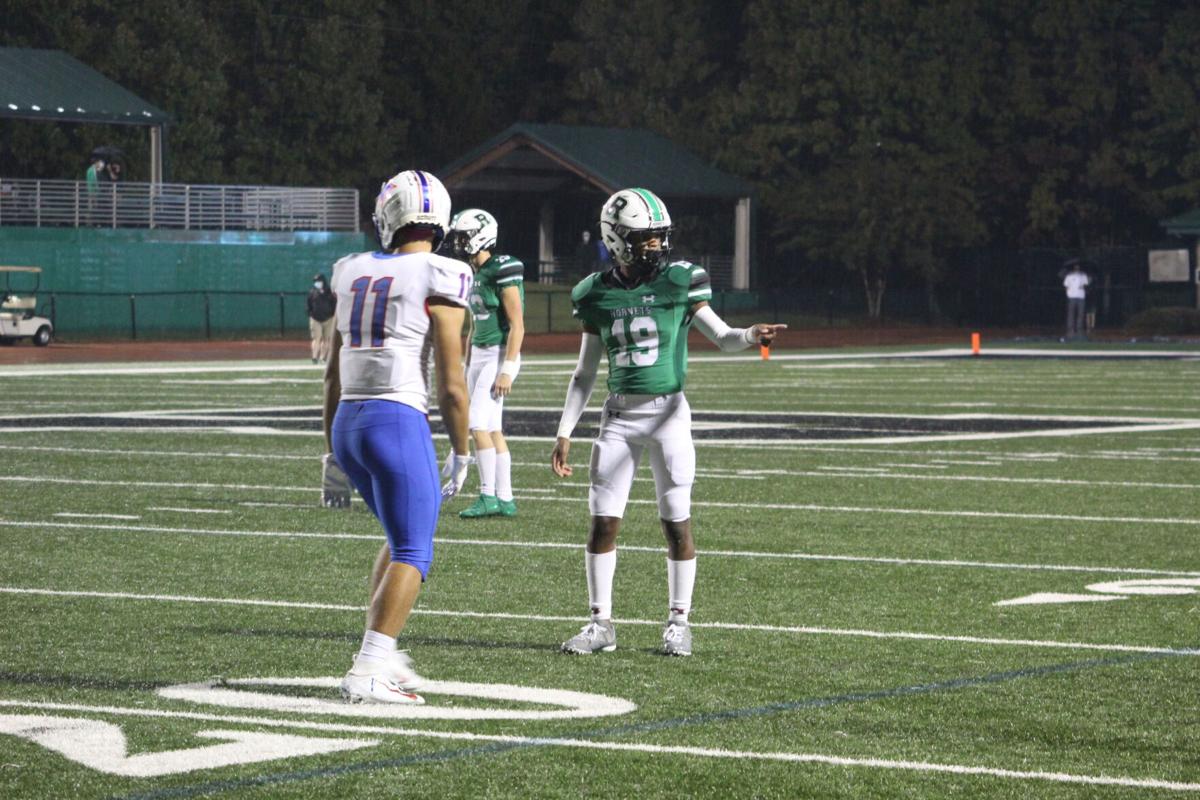 Roswell sophomore Ethan Nation (19) picked up his fourth interception through five games in the Hornets' win over Walton. 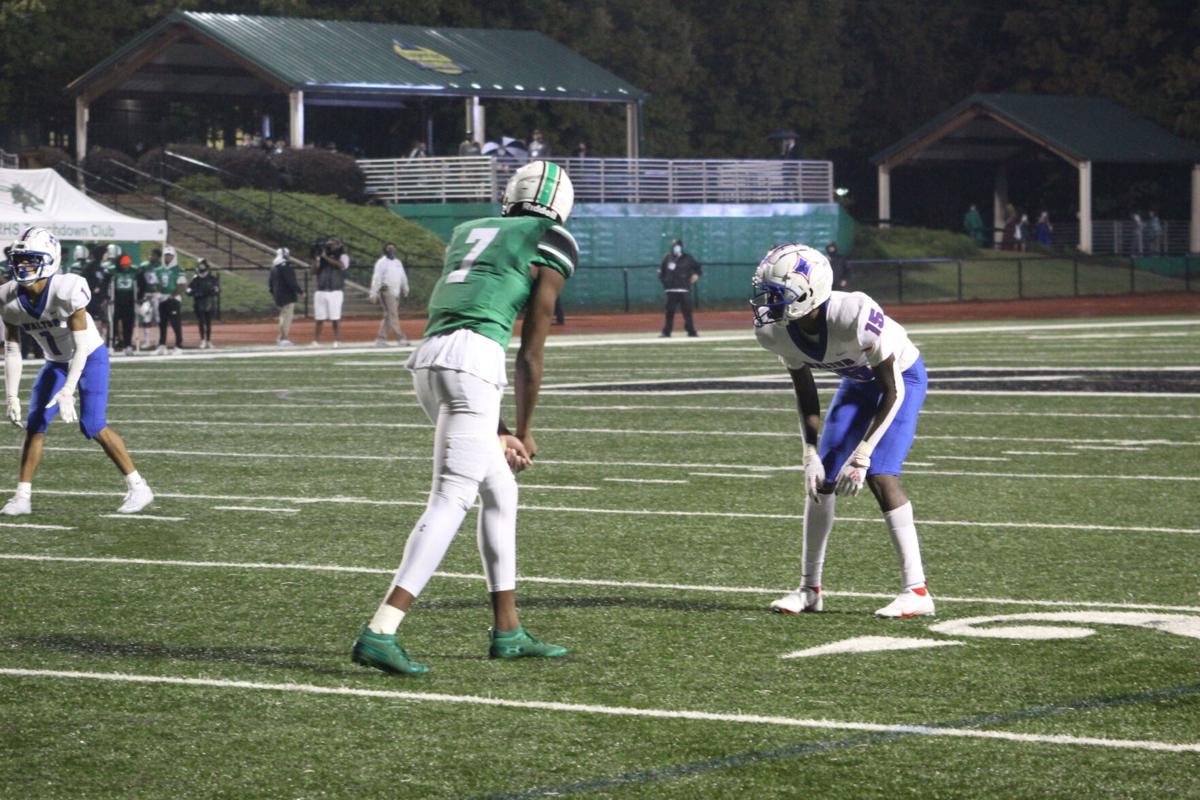 Roswell senior Michael Fitzgerald (7) caught four passes for 99 yards and one touchdown in the Hornets' win over Walton.

Roswell quarterback Robbie Roper waits for the snap during the Hornets' Oct. 2 win over Walton.

ROSWELL, Ga. — Down by seven points with less than a minute and 30 seconds left in the game, Roswell needed a touchdown to extend the contest. And they would have to drive 98 yards to do it after a Walton punt that pinned the Hornets deep in their own territory.

On the second play of the drive, junior quarterback Robbie Roper hit senior receiver Marquis Willis over the top of the defense for a 48-yard gain. The next play, Roper connected with Willis again for a 38-yard gain, as the Hornets suddenly found themselves on the brink of scoring a touchdown to tie.

That’s exactly what they did. Willis lined up at quarterback and took the snap for a 2-yard touchdown rush, and senior kicker Caden Long nailed the extra point to knot things with 16 seconds left on the clock.

The two teams went to overtime tied at 17, and Walton started on offense. A few plays into the drive, the Hornets’ defense made its last of many big plays on the night. Sophomore cornerback Ethan Nation came up with a leaping interception to put Roswell in the driver’s seat of the game.

The Hornets only needed a field goal to win, but they took it a step further. Junior running back Ryan Stephens took the handoff for his seventh carry of the game and scampered 14 yards down the sideline for the score. Roswell defeated Walton in overtime for the second year in a row, 23-17, and kept their 2020 record unblemished through four games.

“I’m just proud of our kids,” Roswell head coach Chris Prewett said. “I told them there were a million times in that fourth quarter where they probably could have given up. I’m proud that they fought through. They had some adversity and overcame it.”

Roswell started on offense, giving the Hornets a chance to strike first. They ran the ball the first four plays of the game and picked up solid yardage. On the fifth play, the Hornets attempted a pass, and Hurricane Delta made its presence known for the first time of the night. The rain caused the ball to slip out of Roper’s right hand, and the Raiders fell on the loose ball.

The Roswell defense faced a tough task following the turnover, as Walton started 27 yards from the end zone, but the Hornets held. Walton went for a fourth-down conversion inside the Hornets’ 10-yard line but could not convert.

The Hornets capitalized on the turnover on downs with a quick score. Roper found a wide-open Michael Fitzgerald deep down the sideline, who reeled in the pass and evaded defenders for a 71-yard touchdown to put Roswell in front.

Walton knotted the game at 7-7 early in the second quarter with a 29-yard touchdown run by Braylen Stokes. Roswell punted on its next drive, but Walton scored again, this time on a 33-yard field goal.

The rain fell harder during halftime, and it made an impact when the two teams came out for the third quarter. There were three turnovers in the first three minutes, as Walton fumbled twice and Roswell threw an interception.

The teams got a grip on the ball, but moving forward was a different story. Late in the third quarter, Roswell tied the game, 10-10, with a 30-yard field goal by Long.

Walton took a 17-10 lead with five minutes left in the game, putting the Hornets in a deep hole, but one they climbed out of.

Roswell defeated Walton for the third straight year to take a 17-16 advantage in the series record between the teams.

“Walton is such a great team, and coach [Daniel] Brunner does a great job,” Prewett said. “Beating them is an awesome thing regardless of how it is.”