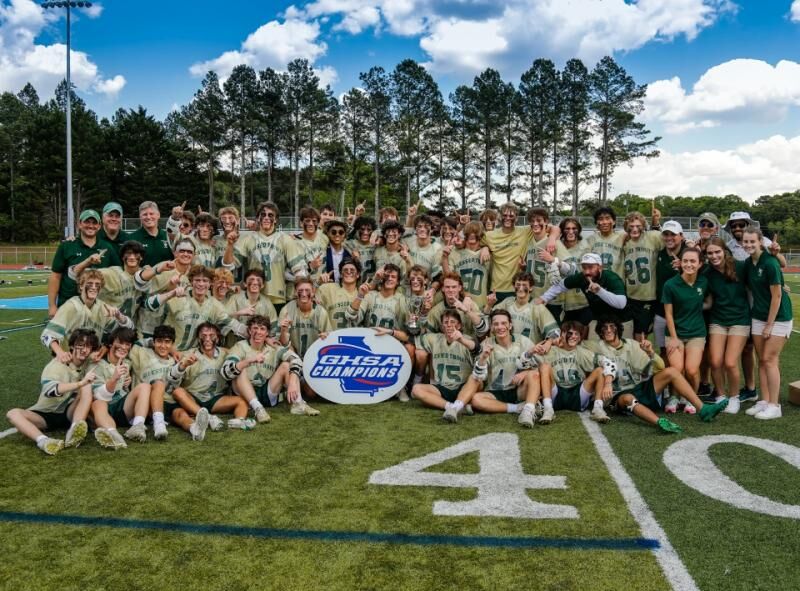 Blessed Trinity boys lacrosse captured the program’s second state title May 14 with a 12-8 win over Pace Academy. The Titans completed an undefeated, 25-0 season with the win. 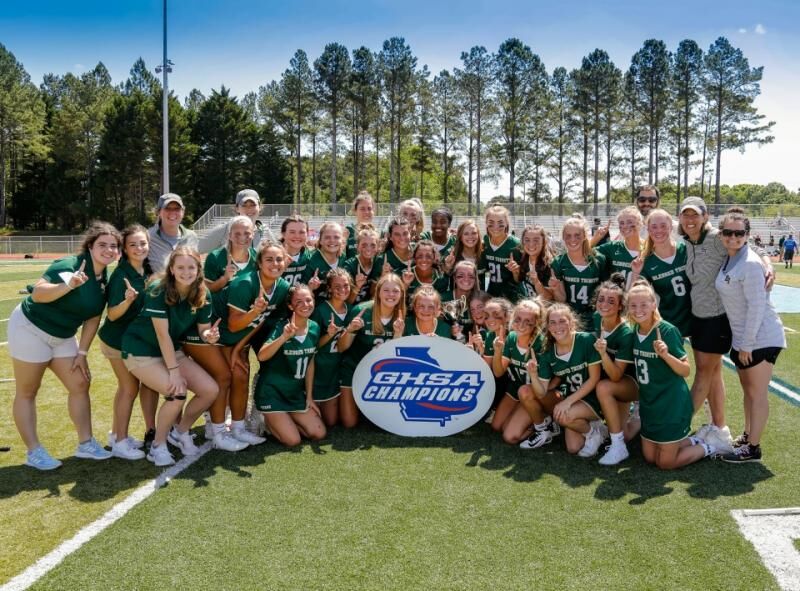 Blessed Trinity downed Starr’s Mill, 12-6, in the girls A-5A state finals May 14 for the program’s fourth state title in five years. The win earned BT some payback for Starr’s Mills’ win over the Titans in the 2019 state finals. 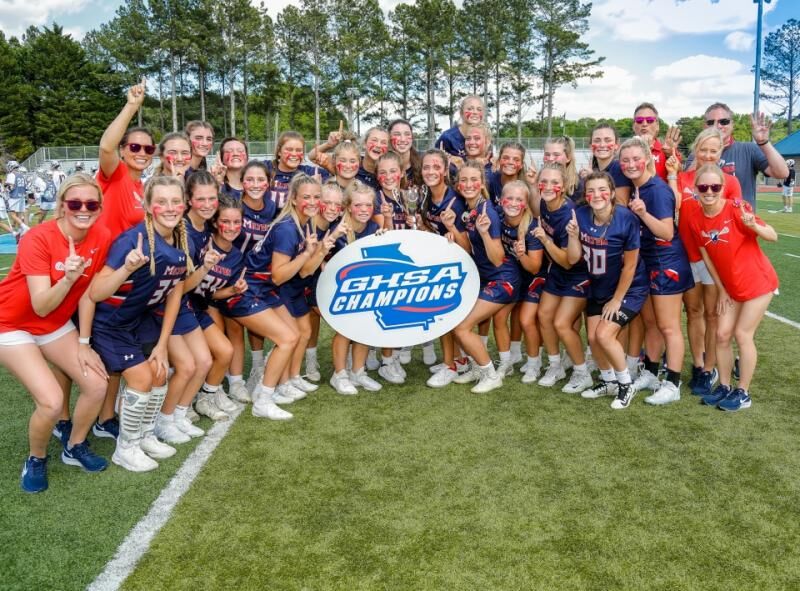 Milton girls lacrosse continued its staggering dynasty May 14 with the program’s 14th state championship since 2005. The Eagles beat West Forsyth, 13-8, for the 6A/7A girls championship.

Lambert boys lacrosse won its fifth state championship and third in five seasons Saturday at Denmark High School, denying Centennial its second state title. The contest remained tight through three quarters, but the Longhorns pulled away in the fourth to secure the title.

Lambert built a 5-1 lead, but that margin was cut to 7-5 at the half. The teams continued to exchange goals in the third, but Lambert ran away with five scores in the fourth to take the 17-9 win.

Saturday’s bout between the teams was the second time the programs met with a state title on the line. In 2013, Centennial earned its first state championship with a 15-12 win over the Longhorns for the boys 6A title.

In 2018, Lambert earned a thrilling overtime win over Centennial in the semifinals before capturing the state championship that year.

Centennial has reached the final four of the playoffs the last four seasons.

Blessed Trinity completed a perfect, 25-0 season capped off by the program’s second state title in three seasons with a 12-8 win over Pace Academy May 14 at Denmark High School.

BT led throughout much of the contest, but Pace remained at the Titans’ heels. The teams were tied at 3-3 after the first quarter, but BT opened a two-goal lead in the second half and extended the advantage for the remainder of the game.

BT outscored Pace 3-1 in the fourth quarter to secure the win.

The Milton girls lacrosse dynasty continued May 14 at Denmark with the Eagles downing West Forsyth, 13-8, for the program’s 14th state championship and fourth straight. The Eagles also completed an undefeated, 21-0 season with the victory.

Saturday’s meeting was the second of the season between the teams. Milton outlasted West 10-9 on Feb. 23, the closest margin of victory this season for the Eagles.

In the state finals, Milton opened an 8-4 lead in the first half and outpaced the Wolverines throughout the second to take the win.

Since the GHSA began recognizing girls lacrosse as a state championship sport, Milton has won a state title all but two years, excluding the 2020 season which was cancelled due to the COVID-19 pandemic.

West Forsyth (20-3), which was seeking its first state title, captured the Area 6 championship this season.

Two familiar foes squared off for the A-5A girls state championship May 14 at Denmark, with the Blessed Trinity girls winning this year’s deep playoff battle against Starr’s Mill, 12-6, to secure the Titans’ fourth state title in five years.

BT and Starr’s Mill have won the last five state championships in A-5A play and have a rich, recent history of facing off late in the playoffs. Starr’s Mill beat BT 11-8 in the 2019 state title game a year after the Titans downed the Panthers for the 2018 championship. BT also downed Starr’s Mill in the 2016 quarterfinals ahead of the program’s first state title.

The Titans jumped out to 7-2 lead in the first half of Saturday’s matchup in what proved to be a deficit too much for the Panthers to overcome.

BT had players score two goals each in the win.