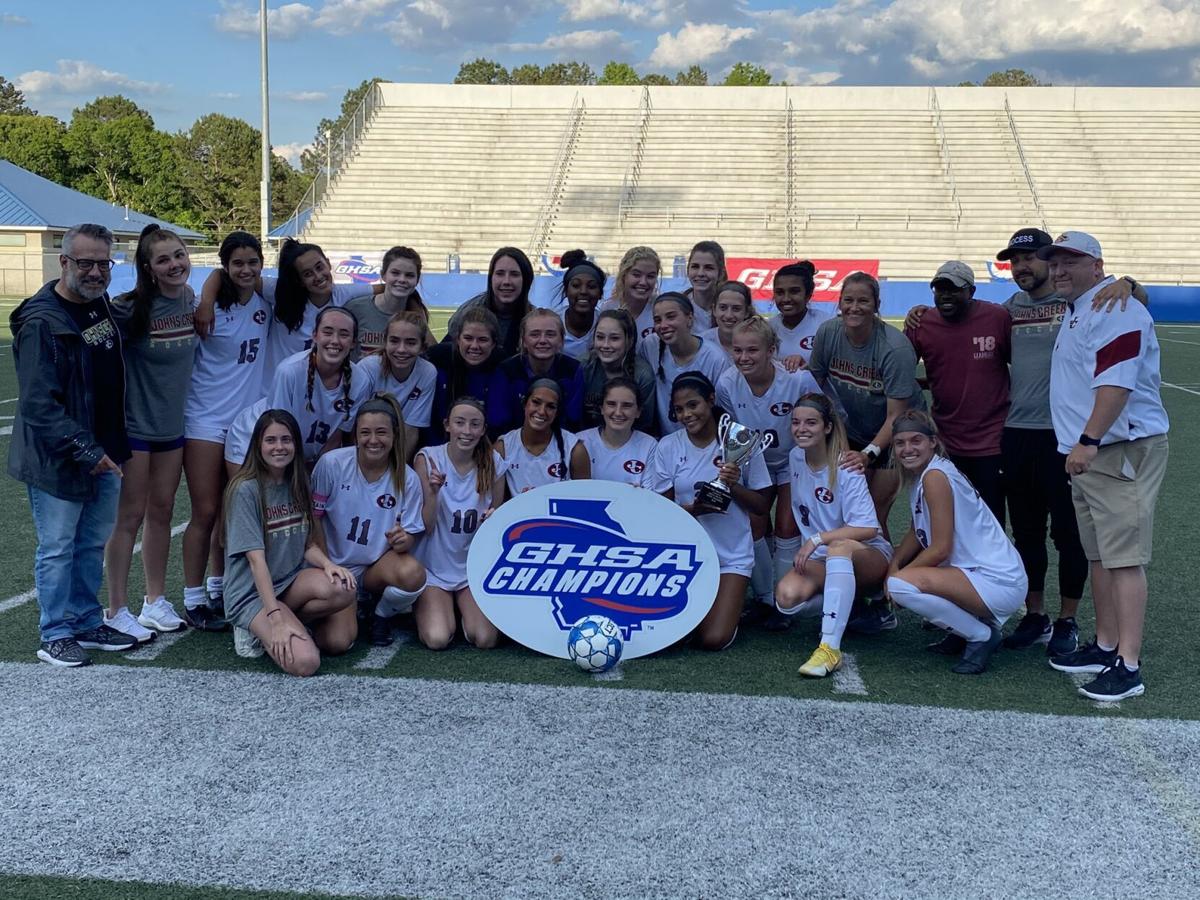 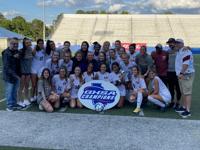 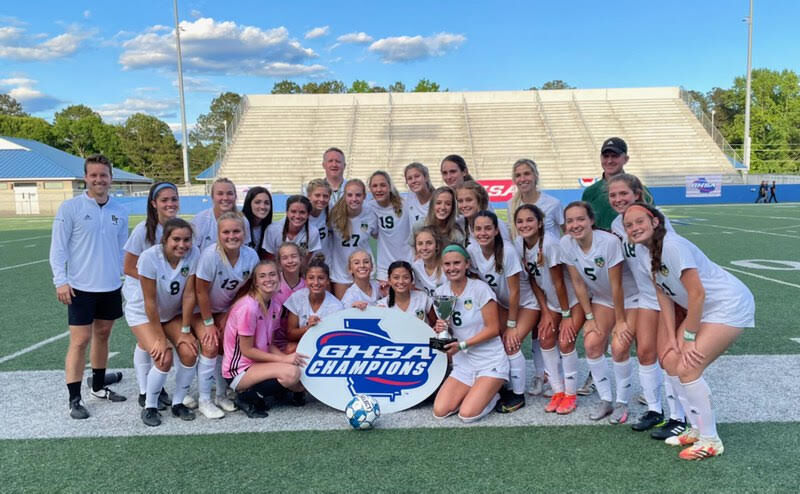 Blessed Trinity girls soccer won its first state championship since 2011 May 13 with a 2-1 win over St. Pius X.

St. Pius (17-4) opened the scoring in the first half, just the 10th goal allowed by the Titans (15-1-1) this season, but a goal by senior Delaney Dawes midway through the first half tied the contest at 1-1.

The Titans defense, which entered the game with 12 clean sheets, held the Golden Lions scoreless for the remainder of the contest. In the 14th minute of the second half, BT’s Ella McGlynn scored the go-ahead goal that secured the Titan’s state title.

After a streak of deep playoff runs and a state runner-up finish, the Johns Creek girls got over the hump this year to win the program’s first state championship by downing region rivals Cambridge 2-0 May 14 at McEachern High School.

Johns Creek senior Lana Whitfield opened the scoring 12 minutes into the contest with a goal from junior midfielder Regan Lundstedt just before the half extended the Gladiators’ lead to 2-0.

Johns Creek (20-1) held on in the second half to keep the Bears off the scoreboard, continuing their season-long defensive prowess. The Gladiators allowed one goal in five playoff games and their shutout of Cambridge was the team’s 17th clean sheet of the season.

The Gladiators’ only loss this season came against Class 7A state champions West Forsyth.

Though Cambridge (15-4-3) fell short of its first state title, the 2021 season marked their deepest playoff run in program history.

Johns Creek gave powerhouse Dalton a fight for the boys 6A championship but couldn’t overcome the winners of five state championships in the last eight seasons. The Gladiators, making their first appearance in the state finals, fell to the Catamounts, 3-2, at McEachern May 14.

An early goal from Johns Creek senior Kameron Gorst, the Region 7 Player of the Year, opened the scoring, but Dalton scored twice in the first half to take a 2-1 lead into the break.

The Gladiators had an inauspicious start to the second half with Dalton scoring just seconds after the opening kick to lead 3-1. With 15 minutes remaining, Gorst again found the back of the net to cut Dalton’s lead to one goal, but Dalton weathered the late storm to deny Johns Creek the title.

Despite the disappointing end, Johns Creek enjoyed its most successful season in program history this year. The team won its first region title, made its deepest playoff run and set new program records for wins in a season (16), fewest losses (3), most clean sheets (12) and longest winning streak (8).