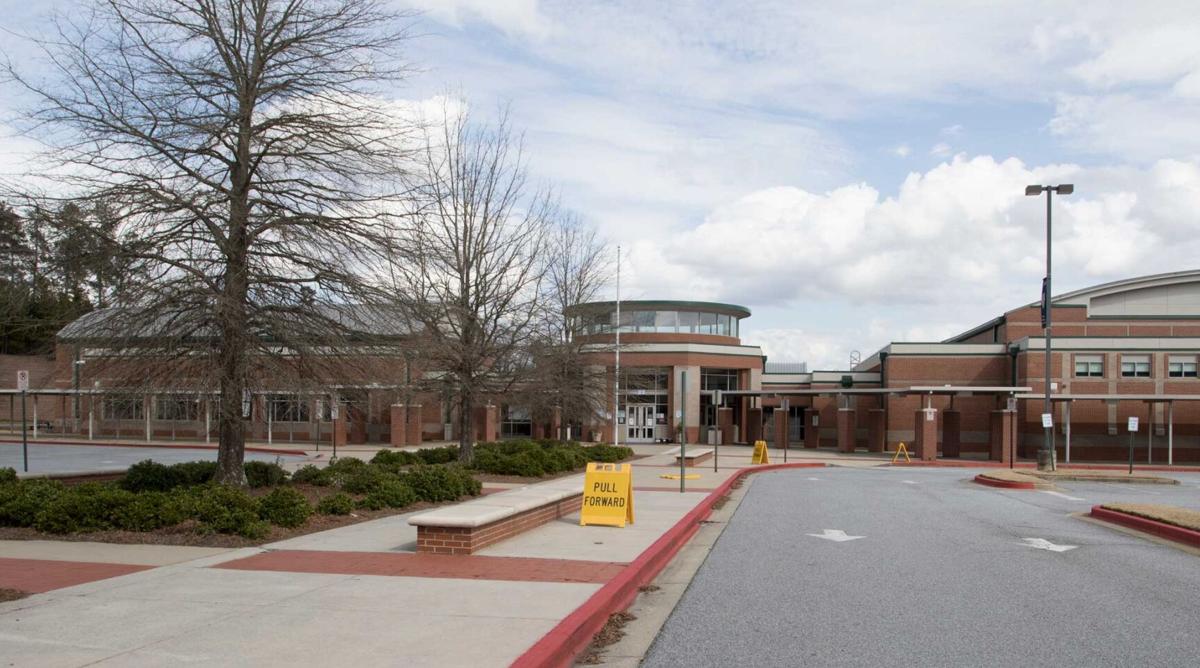 Autrey Mill Middle School is one of at least two schools in Johns Creek that added security in early December due to potential threats. Officials did not disclose the nature or severity of those threats.

Two Lambert High School students were charged earlier this month with making terroristic threats. The teens are being held at the Regional Youth Detention Center in Gainesville.

FORSYTH COUNTY, Ga. — For many in metro Atlanta, the last day of class before winter break was riddled with extra safety precautions after a “challenge” emerged on the social media platform TikTok, where students promoted school shootings to take place on Dec. 17.

The challenge, known as “National Shoot Up Your School Day,” also encouraged kids to call in bomb threats and other acts of violence, putting school districts and law enforcement on high alert. Authorities are now leaning on the “See Something, Say Something” campaign to avoid potential tragedies.

The Department of Homeland Security launched a national “If You See Something, Say Something” campaign in 2010 to raise public awareness of indicators of terrorism and terrorism-related crime, and to emphasize the importance of reporting suspicious activity to the proper state and local law enforcement authorities. It has since been adopted by school districts, law enforcement agencies and other offices.

In Forsyth County, Sheriff Ron Freeman thanked students and staff just before the break for their actions which led to the arrest of two Lambert High School students within a week. Both teens were charged with making terroristic threats and are being held at the Regional Youth Detention Center in Gainesville.

Forsyth County Sheriff’s Office spokeswoman Stacie Miller said that on Dec. 9 Principal Gary Davidson received an email notifying him of threats a 16-year-old student had made “to do harm at the school.” The Forsyth County School Resource Deputies and Major Crimes Unit were able to quickly identify the individual and remove him from class.

A week later, students told staff a 15-year-old student had allegedly attempted to solicit a gun from another student and was threatening to “cause harm to the school.” Freeman said no other students were involved in the threat and recognized the students for “having the courage to come forward and report this danger to the staff at the school.”

“School threats have increased nationwide in the past few months,” Freeman said, “and Forsyth County is not alone in this troubling time. … We will continue to exhaustively investigate all threats and those making them will be arrested.”

Just to the south, Fulton County Schools Superintendent Mike Looney sent a letter to parents Dec. 10, saying the district “does not and will not tolerate threats or weapons on our school campuses.”

Seven days later Alpharetta Elementary School Principal Cathy Crawford followed up informing parents that a student had brought a toy knife to school, which was deemed a Level 1 threat based on the Fulton County Schools District Threat Assessment Protocol.

The protocol categorizes threats up to Level 3 and outlines how school leaders should respond. A Level 1 threat is assigned when intent to harm is not clear, there is no evidence of motive or planning, and expressions of anger or frustration dissipate quickly, among other signs.

Level 2 threats show some level of harm and motive, but Level 3 threats are where there is clear evidence and existing ability to carry out a harmful plan in which a person or place is a target.

Crawford said she could not share specific details about the incident due to student privacy rights but confirmed that the student was disciplined as outlined in the Fulton County Schools Student Code of Conduct. She said she had no safety concerns based on the circumstances of the situation.

“We have investigated the situation and have also spoken to the parents of the student involved,” Crawford said in an email. “Rest assured that proper school discipline will be administered. … I know these situations are unsettling for our students, staff and parents. Any type of weapon or toy weapon on this campus is unacceptable. This is not and will not be the norm at AES.”

Fulton County Schools has reported 140 threats this year, 57 of them at elementary schools. In total, 108 were considered Level 1 threats, 25 Level 2 and seven Level 3. Crawford encouraged parents to speak with their children about not bringing any weapon-like objects to school and to periodically check their backpacks for any items that are not safe for school.

At least two schools in Johns Creek – Chattahoochee High and Autrey Mill Middle schools – added security in early December because of potential threats. The Johns Creek Police Department positioned additional officers on campus, and Fulton County School Police along with Fulton County Schools investigated the threats but did not disclose their nature or severity.

No known attacks associated to the TikTok challenge were reported in Metro Atlanta. TikTok stated on Twitter Dec. 17 it had removed most of the videos.

Under Georgia law, the offense of terroristic threats is a misdemeanor. However, it can become a felony if a threat suggests the death of the person being threatened.

Both Forsyth County Schools and Fulton County Schools have tip lines for anyone to anonymously report school threats, weapons, violence, bullying, drugs, self-harm, or other school safety suspicions or concerns.

Fulton County Schools’ tip line can be found at fultonschools.org/fcstipline. The school safety hotline in Forsyth County can be reached at 770-888-3466.