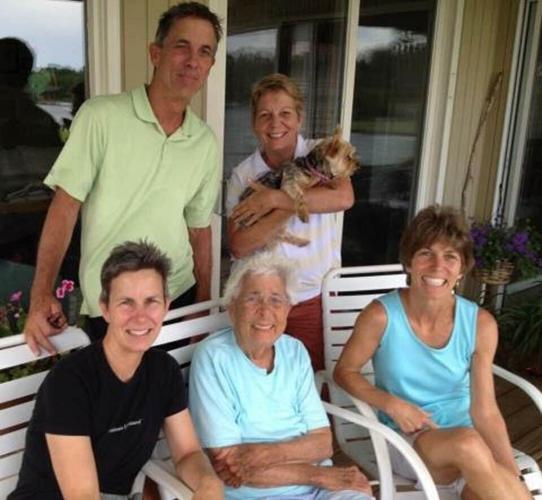 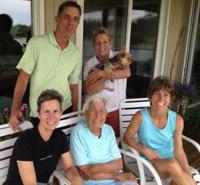 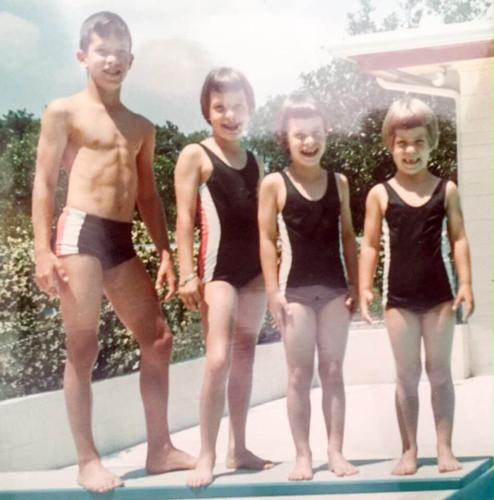 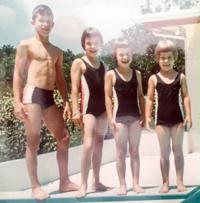 I had a traumatic childhood.

So did my sisters. And the source of the trauma was our dear mother. And I have always said or thought that if you really want to know someone or figure out what makes them tick, you have to go back to their childhood and their parents. That is ground zero on who we are – or are not.

One of my sisters sent me a T-shirt a couple years ago as a present. The shirt was light blue and had a single sentence on the front: “I am silently correcting your grammar.” I had to laugh because it was unfortunately and obsessively, capital “T” true. I cannot talk to another person or overhear a conversation without involuntarily and (usually) silently correcting errors in grammar that I hear.

And I say “involuntarily” because I literally cannot not do that. Once I even, to my own mortification, corrected something that the woman in front of me in the line at the grocery store said – seriously. I was aghast at myself and she should have punched me.

I don’t think mother ever did not not correct us when she heard us murdering the king’ English. And she usually had a little funny saying to help us remember.

For example, “chickens lay, people lie.” That is, people cannot “lay” because that is what chickens do; people, instead, “lie.”

I think that using the word “me” incorrectly is the most common mistake. The rule I think should be to never ever use “me” unless you put “to” in front of it.

My favorite though – and it always reminds me of Simon & Garfunkel (“Dangling Conversation), was this one. Someone would say “Where is so and so at?” My mother, without fail, would always respond with “behind the preposition ‘at.’” That is, you can’t end a sentence with a dangling preposition. Instead, one should simply say, “Where is so and so?” I would guess that 80 percent of humanity tacks on “at” at the end of every interrogative location-related question. You can correctly say “he is at the store” but you cannot correctly say, “where is he at?”

I think that speaking correctly is an art that we are rapidly losing, and there are a number of reasons for this. I would suggest that the first is simply that fewer and fewer people grow up with a mom who actually knows her grammar well – “well” or “good?”

OK, so which is it, “good” or “well?” Can you say “I am doing good,” and be grammatically correct? No. The short version is that “well” is generally used as an adverb and it modifies verbs, adverbs or phrases. For example, “She runs well.” Well describes the verb, “to run.” But she is a “good” runner. “Good,” in this case modifies the noun “runner.” It serves as an adjective.

So, you would use “well.” She is a mother who knows her grammar “well.” In this case, “well” modifies the verb “knows.” It serves an adverb (how, when, where).

The other reason I think so many folks make grammatical mistakes today is that they no longer teach students how to diagram sentences in school. I remember spending what seemed like hours every day in elementary and middle school diagramming sentences. You can’t diagram sentences unless you understand the basic mechanics of the English language – matching subjects with proper verbs in tense and number; knowing the difference between direct and indirect objects; or understanding what a participle is.

Another reason I think that my grammar is relatively good is because I – in another life – learned languages - Spanish, German and Portuguese. Again, one must have at least a fundamental grasp of grammar to master another language. Learning how grammar functions in another language immensely helps one with their English grammar.

I have to acknowledge though, that I recall sitting in on one of my kid’s classes at Milton High School – freshman English – and the teacher handed out a grammar quiz which consisted of about a dozen sentences. The students were asked to circle where in the sentence there was incorrect grammar. Naturally, I thought I would nail it but, I think I only spotted maybe four of the mistakes out of 12. Talk about a humbling experience!

So, I really don’t know nearly as much grammar as I think, even though I keep and periodically read my favorite grammar book, “The Plain English Handbook” (written in the 1950s) that I keep on my bedside table, the book with which mother tortured us.

The decrease in correct grammar, not only in speech but in writing, is disturbing.

Opinion: So, who’s the new guy?

Opinion: Tombstones can tell us stories