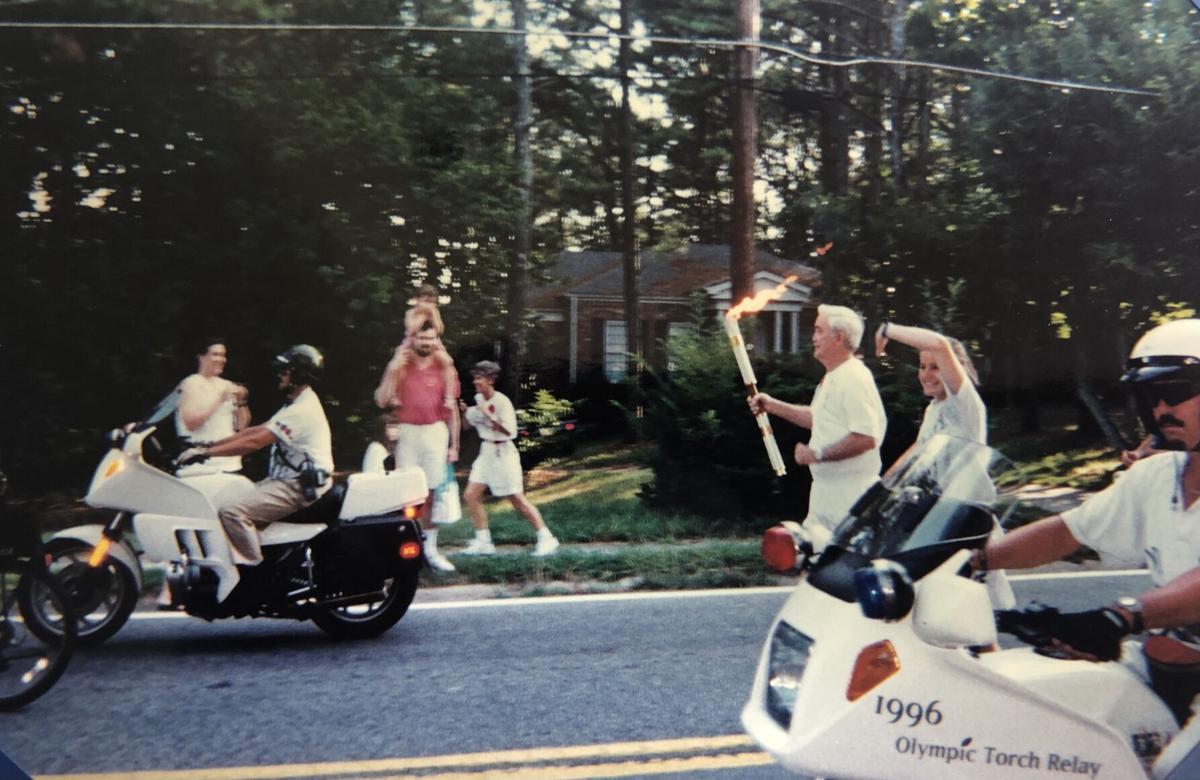 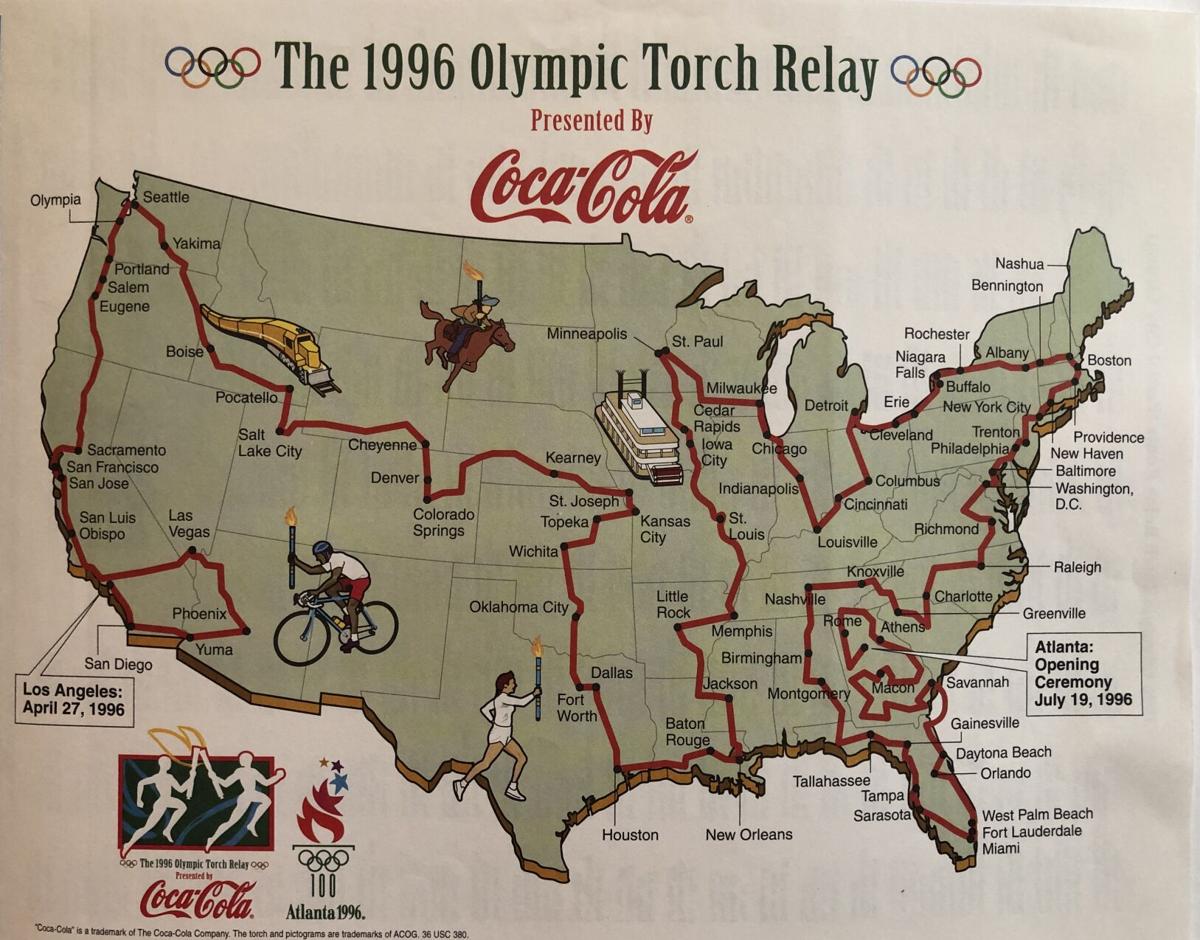 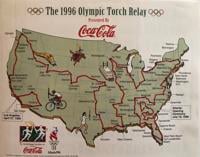 An official map shows the winding route the torch took from Los Angeles to Atlanta in the summer of 1996.

July 18, 2021 will mark 25 years since the day the Olympic torch relay went from Roswell through Dunwoody to Sandy Springs, before continuing toward Atlanta.

In the fall of 1995, newspapers across the country announced three ways to become one of 10,000 torch bearers in the 1996 Olympic Torch Relay, which was sponsored by Coca-Cola. In all, 5,500 community heroes would be selected by United Way chapters. An application and essay were required explaining why the nominee was a hero.

Another 2,500 community heroes were selected to participate in the relay as part of the Coca-Cola Share the Spirit program. The Atlanta Committee for the Olympic Games and the U.S. Olympic committee selected 2,000 present and former Olympians and other VIPs to complete the list of torch bearers.

According to olympics.com the total number of torchbearers for the 1996 games reached 800 in Greece and 12,467 in the United States.

The Olympic flame arrived in the United States from Greece on April 27, arriving at Los Angeles in a specially designed lamp. Dunwoody resident and Atlanta Centennial Olympic Games CEO Billy Payne took the lamp from the plane. At the Los Angeles Coliseum, the Olympic torch was lit. This was the beginning of a cross country 84-day journey.

The July 10, 1996 Crier newspaper described the path of the torch through Dunwoody. The newspaper announced that the torch was expected to arrive at 5 p.m. on Thursday July 18. “Carried by a score of Dunwoody residents, the torch will pass around the city and around the clock before coming to rest at Atlanta City Hall prior to Opening Ceremonies.”

From Roswell, the torch came down Roswell Road, turning left on Pitts Road and right on Spalding Drive closer to 6 p.m. Skip Lehman ran the relay along Spalding Drive to Chamblee Dunwoody Road. The next torch bearers were Ann Stoer, Julie Guthrie, and Craig Ehlo.

At Dunwoody Village Parkway, Walter Sessoms continued the relay past the Cheek-Spruill House. Charles Coe carried the flame to the right at Mount Vernon Highway, followed by Bill McNair and Bryan Langston along Ashford Dunwoody Road. (The Story of Dunwoody, “The Olympics Come to Atlanta and the Torch Comes Through Dunwoody”, Bill McCahan)

The torch relay turned right on Hammond Drive, crossing Peachtree Dunwoody Road and entering Sandy Springs. From there, a right turn at Barfield Road and a left at Abernathy Road brought the torch to Roswell Road where the relay continued toward Atlanta.

I sat on the curb of Chamblee Dunwoody Road just north of the fork with my two children that day, having decided that it was essential for them to be there. It was an exciting few minutes when the torch passed by. The part that stands out most in my mind is the heat. After all, it was July 18 in Georgia.

What do you remember about that day? Please share your memories with me at pasttensega@gmail.com.

Opinion: GDOT cuts off nose to spite its face on Milton intersection