You are the owner of this article.
Edit Article Add New Article
You have permission to edit this article.
Edit
Local News
Regional News
Best of North Atlanta
Opinion
Podcasts
Calendar
Obituaries
Submit
Sponsored
Classifieds
Circulation
Legal Notices
About
1 of 5 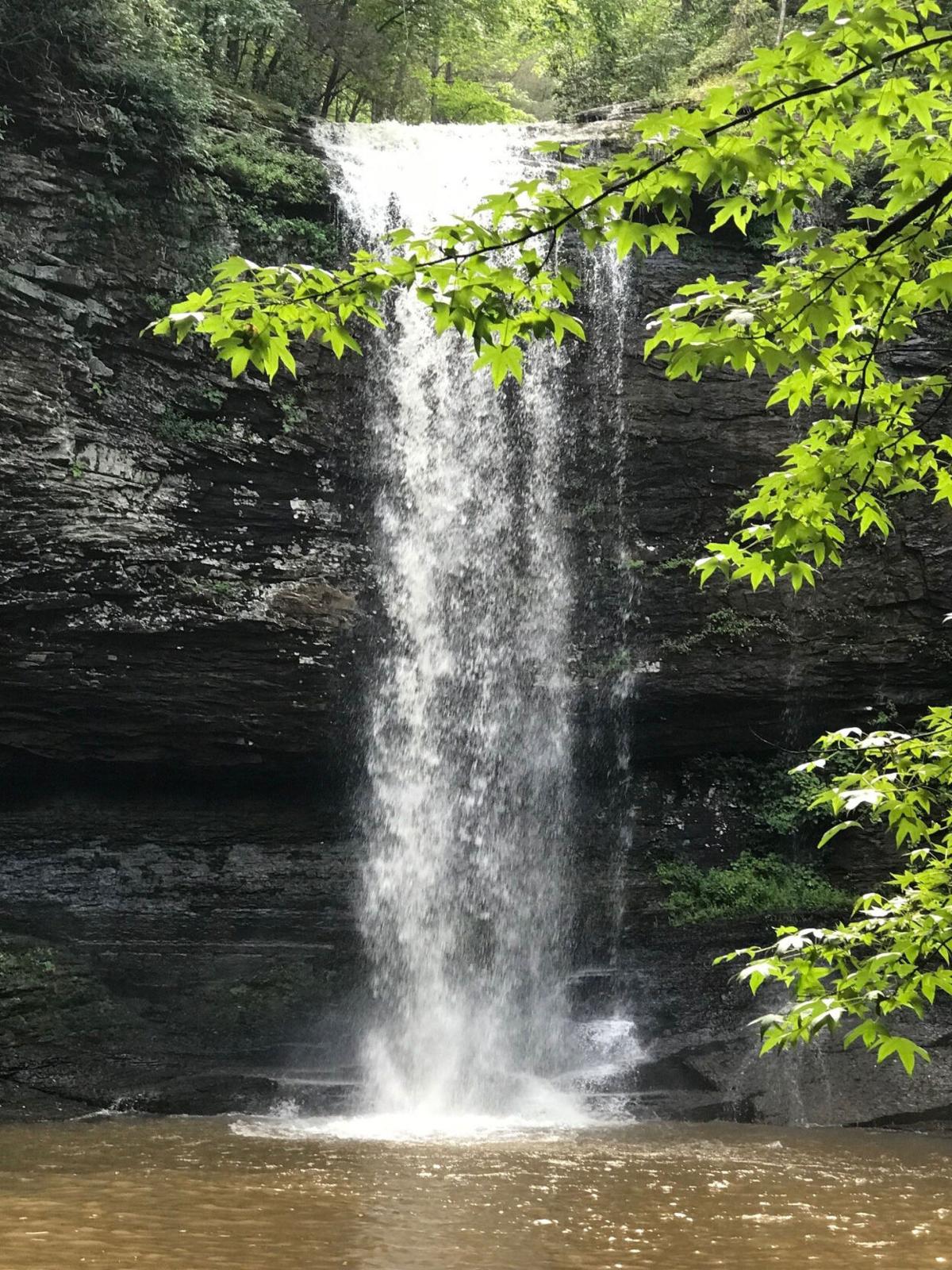 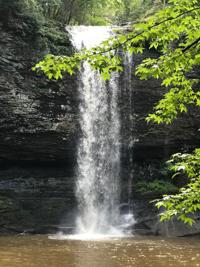 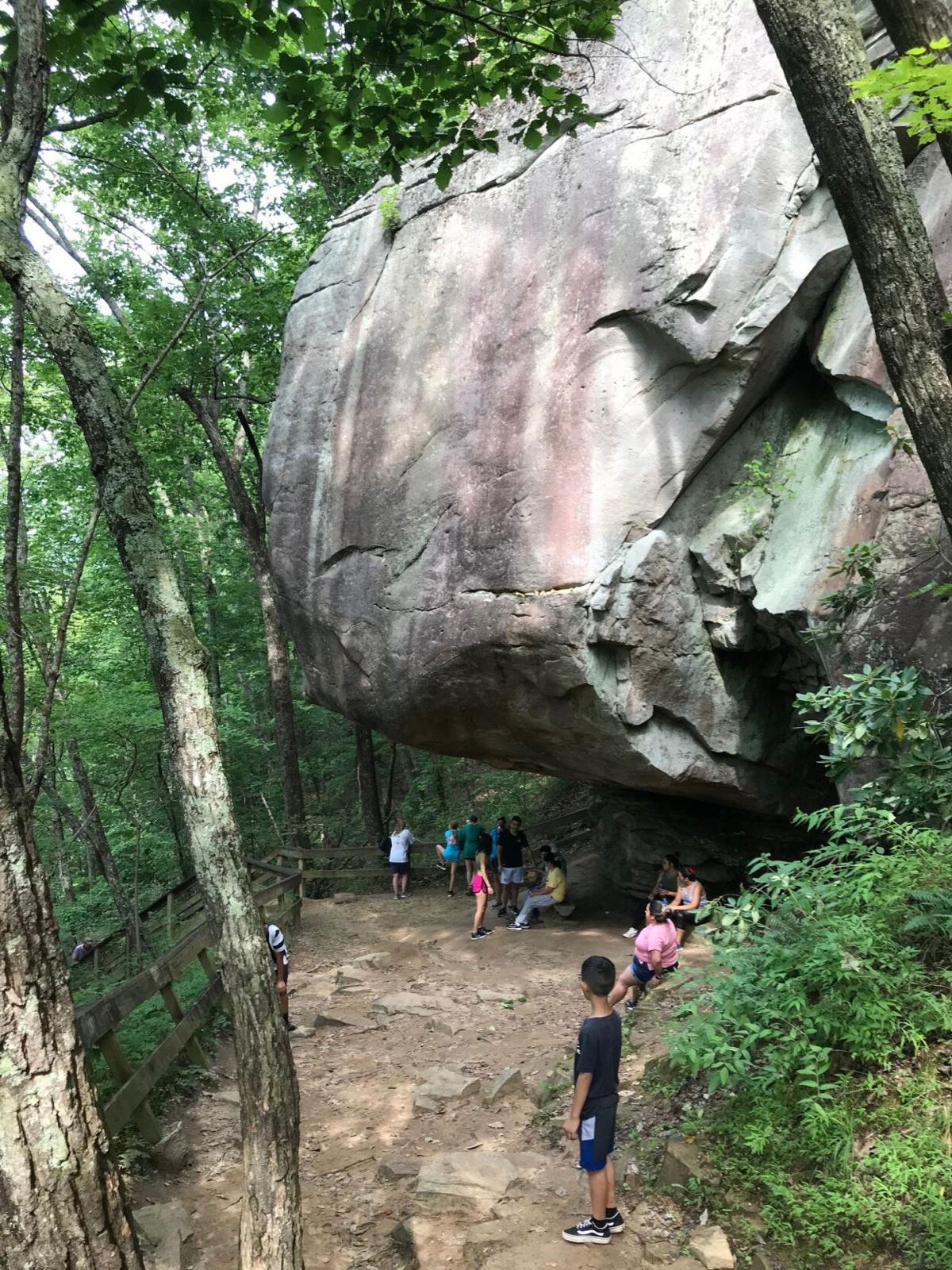 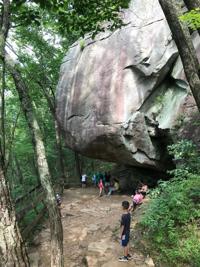 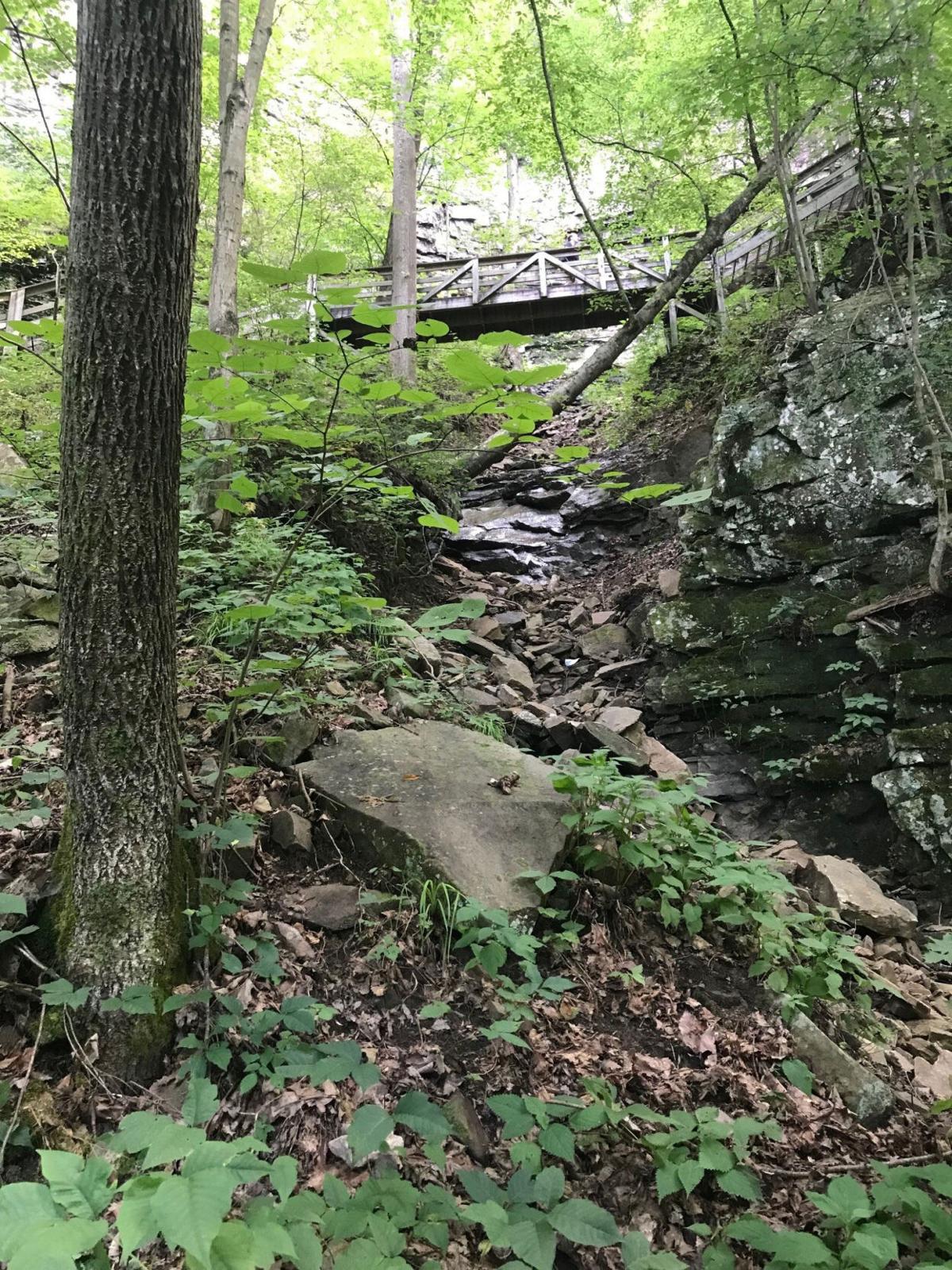 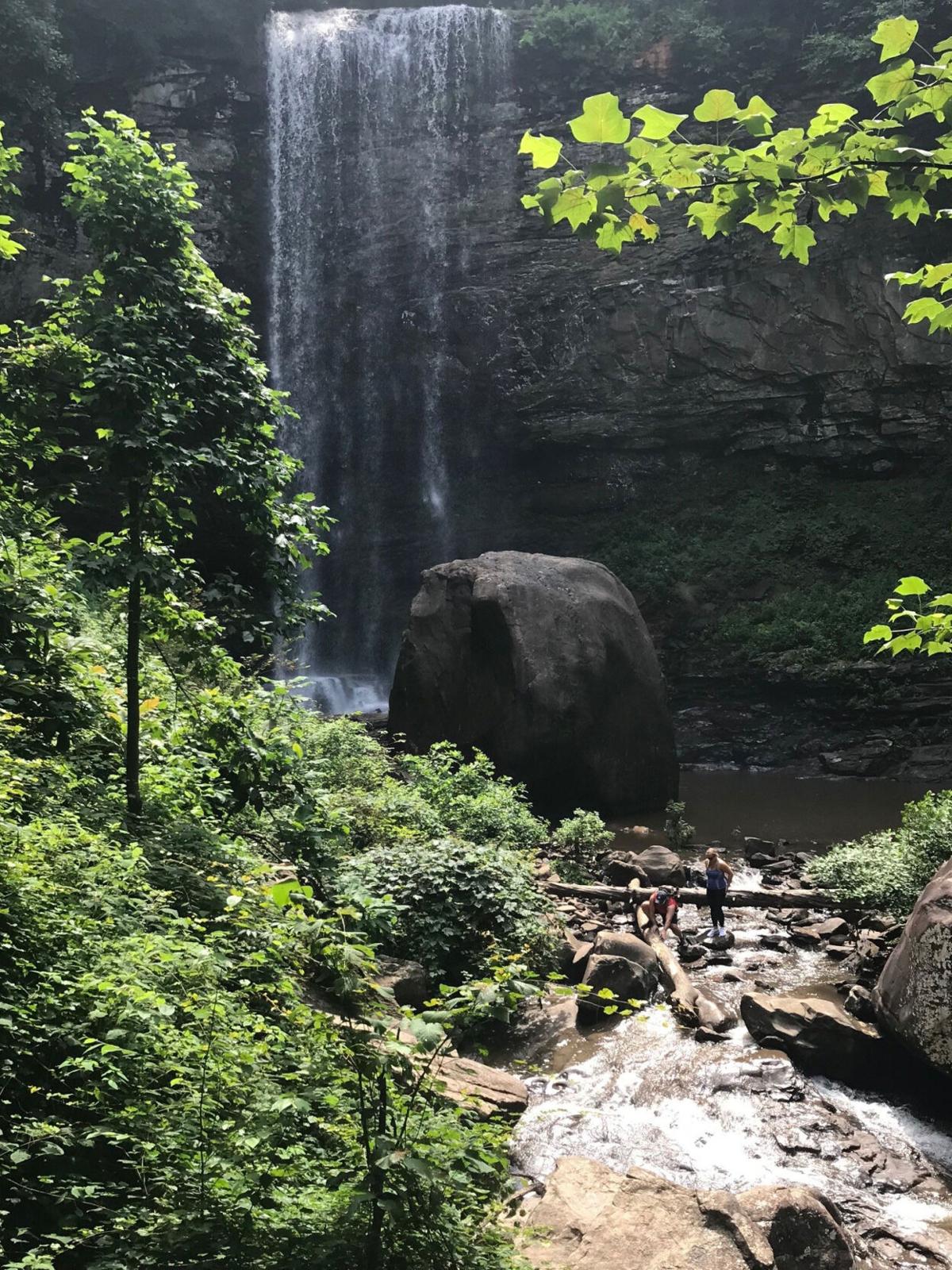 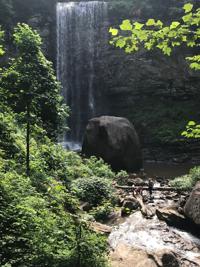 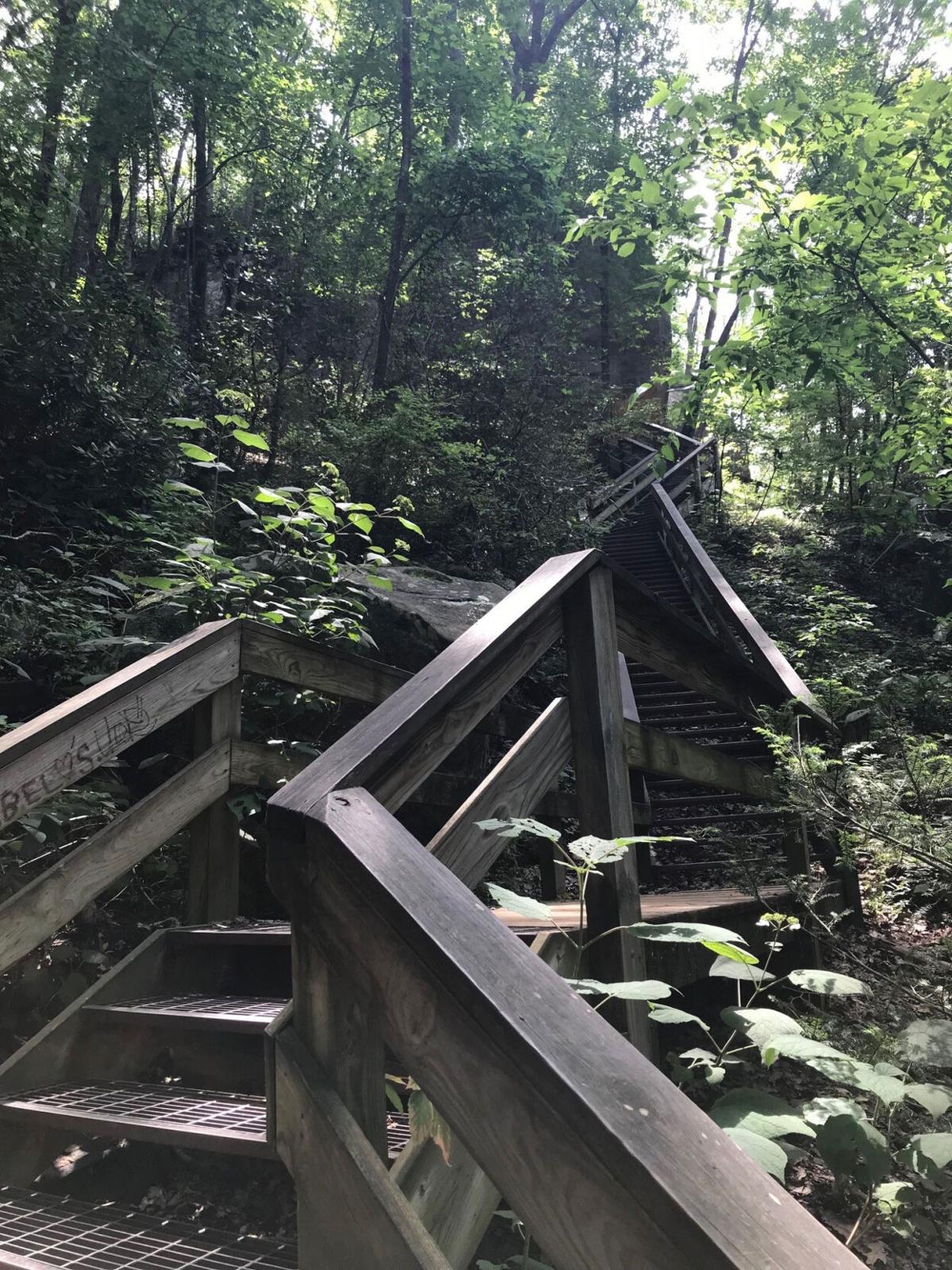 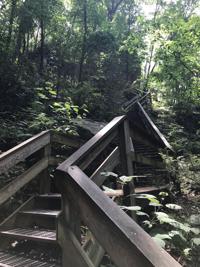 Last week we took a trip to Cloudland Canyon, the centerpiece of the state park of the same name up in northwestern Georgia near the town of Rising Fawn. We checked out the West Rim Trail, an easily accessible trail that offers spectacular views and as little or as much hiking adventure as you want.

By way of review: The West Rim Trail is a “lollipop” trail, consisting of an approach trail (the stick of the lollipop) with a loop trail (the lollipop itself) at the end. It’s great, and it’s one of my favorites.

It’s also the gateway to another of my favorite trails – the so-called Waterfalls Trail which carries you to the park’s two major waterfalls, Hemlock Falls and Cherokee Falls.

Ahh…the waterfalls trail! On the park’s trails map, it’s just a short little dashed line. A short trail to two nice waterfalls! How short? Only two miles round trip – not much more than a stroll around the neighborhood, and completing it is one step toward earning membership in the Canyon Climber’s Club, a Georgia State Parks program for folks who love hiking. It all sounds relaxing, doesn’t it?

What the map doesn’t tell you is that there is a LOT of elevation change along that little dashed line. From top to bottom, and depending on exactly how you count it, the trail descends between 800 and 900 feet.

For the sake of conversation, let’s call it 850.

“That’s a lot of elevation change,” whisper my knees.

To put 850 feet in perspective, do a little math and put it in terms of stories, as in stories of a building. The all-knowing Interweb tells me that one story is about 10.8 feet. So do the division. You’ll get 78.7. That means that you’ve got almost 80 stories of descending to do on the way to the bottom of the falls trail…plus another 80 or so stories of ascent to get back to the top at the end.

“You have got to be kidding,” say the knees again, reminding me that in last week’s column I called this one the “Knee-Killin’ Cardiac Arrest Trail of Biblical Proportions.”

Make no mistake: This is a strenuous trail. If you’re not sure about your physical condition you might not want to try it. Take this seriously.

And then there’s the sign you see before you begin the descent.

What doesn’t kill you makes you stronger. Right?

Undeterred, and with no attention to the increasingly plaintive pleadings from my knees, I set out.

The Waterfalls Trail departs from the “stick” portion of the West Rim lollipop trail and wastes no time showing you what you’re in for. It consists of a series of short, sharp descents interspersed with lots and lots and lots of stairs. How many stairs? The official number is about 600, but I think it may be closer to 50,000 or maybe a million. “Lots and lots and lots” sums it up pretty well.

The route is unmistakable and easy to follow, though some of the “trail” portions are rocky. As you descend, you’ll often have canyon wall close on one side and not much but treetops and air on the other, with wooden railings for good measure. At one point an enormous mass of rock completely overhangs the trail; that one’s a popular resting spot, especially on the way out of the canyon.

Interspersed among the sections of dirt-and-rock trail are those inescapable sections of stairs. Descending them works on your knees (and ascending them later on works on everything and certainly takes care of your cardio workout for the day).

But it’s worth it. Stick with it, keep going, and pretty soon you’ll come to the left-leading spur which takes you to Hemlock Falls. This waterfall plunges over a lip of rock into a broad plunge pool, and you can enjoy the view from one of the boulders along the pool’s edge.

From Hemlock Falls, backtrack to the main trail and continue your descent into the canyon. Eventually, you’ll come to a small platform and a sign directing you left (to Cherokee Falls) or right to the Sitton’s Gulch Trail, another Cloudland Canyon State Park hiking opportunity.

For now, turn left toward the falls. This spur ends at an observation platform that gives you a great view of Cherokee Falls plus a comfortable bench where you can rest for a while. It’s also a good place for a snack – in my case, those beloved sardines and crackers.

Eventually, inevitably, you’ll need to call it a day and begin that long, long ascent back to your car. Sure, it’s a lot of steps. But if the 84-year-old great-grandmother I met on the trail can do it, so can you – and so can I.

Opinion: Do your part for healthy trout