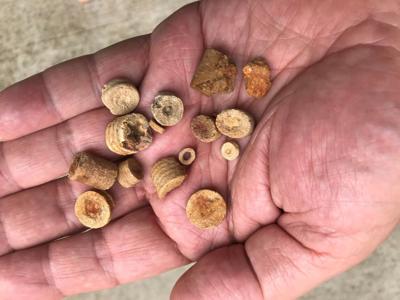 Being the outdoorsy type, I’m always on the lookout for someplace new to explore. It’s surprising how often such places turn up too, if you don’t mind investing the work it takes to find them.

Just the other day, for example, I found myself on a fishing foray among the hills and ridges of northwestern Georgia. I was tracking down a rumored stream said to offer remote solitude and plenty of fish. That rare combination is like the finest of wines, something to be savored and shared only after great deliberation.

So I wasn’t surprised when my fishing buddy hinted at the presence of such a stream but stopped short of the all-important details. Instead, he gave me what I like to call “just enough information.” He didn’t tell me to go to this intersection and turn that way and then follow such-and-such a trail. Instead, he’d used a broad brush to point me in the general direction.

So off I went. Eventually I found the stream. I rigged up the little fly rod. I tied on the recommended fly. I made some casts, and the fish responded well. Yes, it turned out to be a good little creek, and I enjoyed a most exceptionally pleasant afternoon.

After a while it was time to head home. So, there I was, a solitary driver on a quiet backcountry road, my thoughts kind of wandering like they do sometimes on long drives. Do you do that too?

After a while, my thoughts alighted on a book I got for Christmas last year. It’s called “Roadside Geology of Georgia,” and it brings the rockscape to life in a way that’s scientific enough to be interesting but not so much so that folks like me can’t keep up. That’s my kind of book.

I recalled one part of the book that I’d lingered over just the day before. It was talking about fossils.

Now don’t misunderstand. This is not a “go look here” kind of book. Instead, it paints a broad picture that gets you thinking.

Like my fishing buddy, it’s a source of “just enough information.”

I had a half hour of daylight left when it dawned on me that I was driving right through one of the regions where the book had hinted that fossils might be found.

And then, just ahead, there was a roadcut.

I pulled the truck off the pavement, parking in knee-high brambles well off the road. Staying on the public right-of-way, I made my way to a nearby patch of exposed dirt to check it out, looking for – what?

Nothing, apparently. There was nothing there but red mud.

Still, my “just enough information” said I might be on the right track.

Back in the truck then, and a mile or so farther down the road, and there’s another road cut.

Another stop. More mud. But that’s it.

The light was fading fast. But I had a purpose, and there was yet another roadcut a little ways ahead. So back in the truck and pretty soon there I was, once again perusing the northwest Georgia mud.

What was I looking for? Maybe for that – right there! See that little round thing about a quarter inch long? Well, of course you can’t see it, because you’re sitting in your house reading. But I was there, on the ground, and there was something really interesting in the dirt at my feet.

I picked it up. And then another one like it, but smaller. And then a bigger one, and then a few more.

They were fossils, sure enough. Fossils that I recognized as being of a creature called a crinoid. How old? A couple of hundred million years or more. I’d have to go back to the book and figure that out.

I found two more, and then it was dark.

I cached my finds, now lovingly wrapped in a scrap of paper towel, in the safety of my shirt pocket. Then I drove on home.

On the way, I thought more about how much fun “just enough information” can be. It offers only promise, and it leaves the rest to you.

I’ll let you know how it turns out.