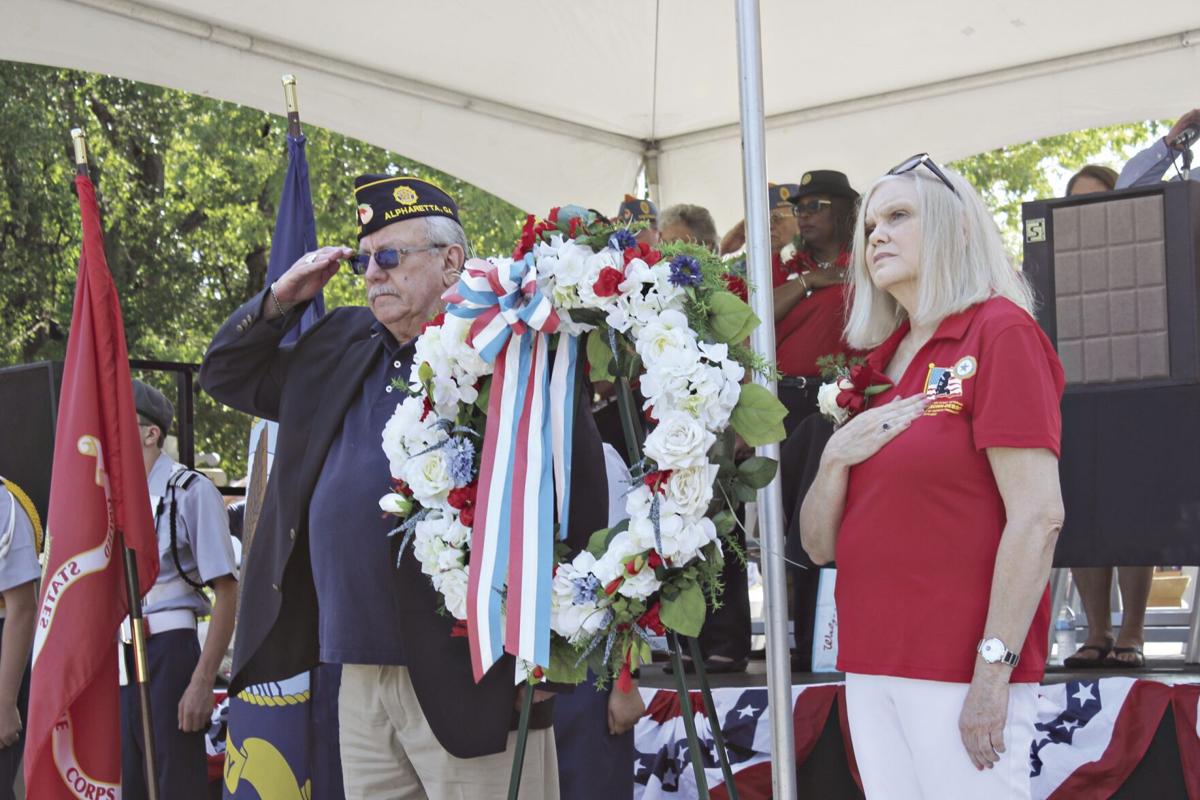 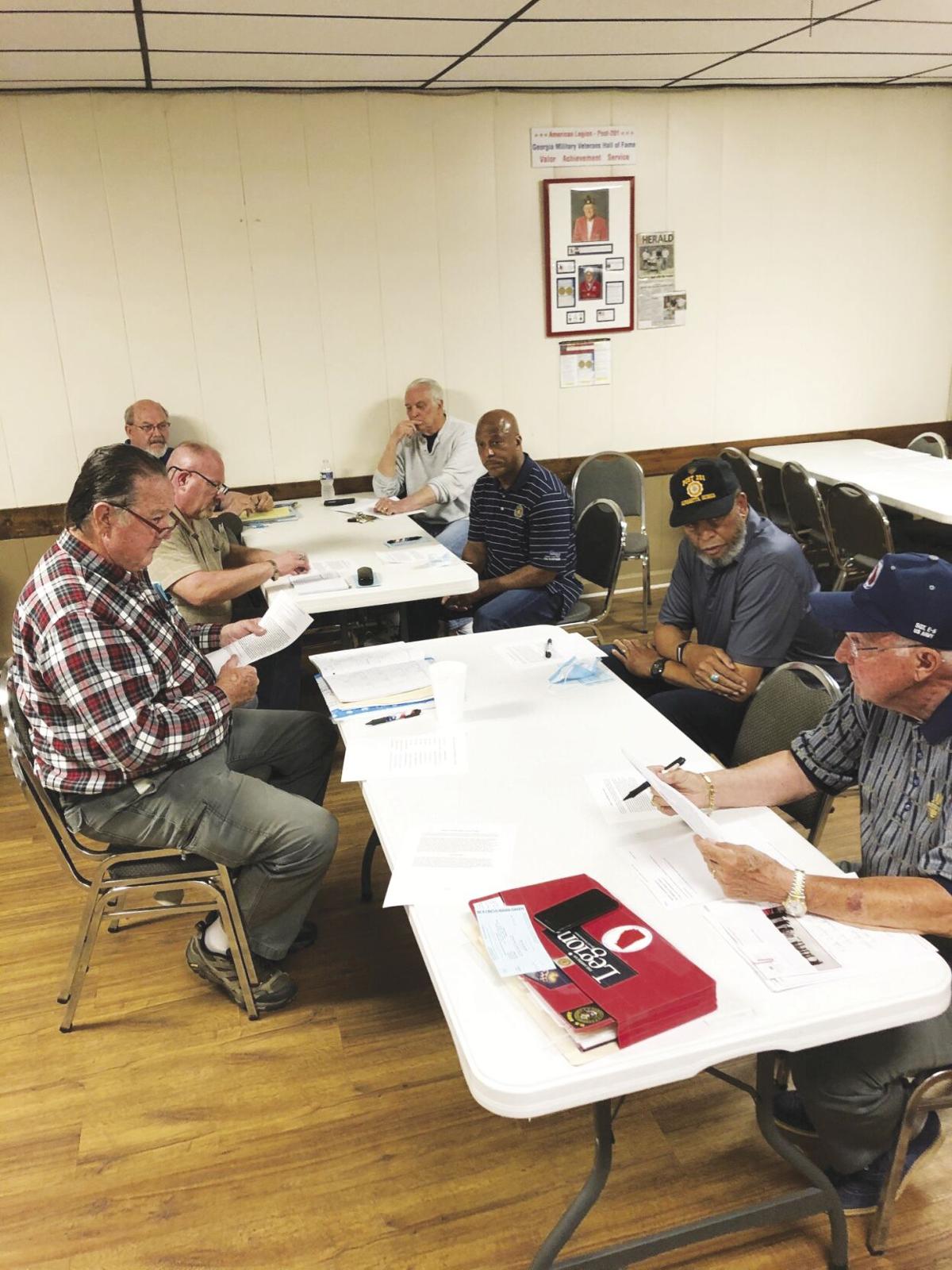 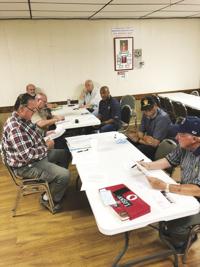 ALPHARETTA, Ga. — A group of veterans has formed two fronts to revive the Old Soldiers Day celebration, a tradition in Alpharetta dating back 100 years. Members of Alpharetta American Legion Post 201 have scheduled a meeting for next week to continue mapping strategies to raise funds and support throughout North Metro Atlanta to stage the event this August.

Up until last year, Alpharetta’s Old Soldiers Day had been held continuously on the first Saturday of August since 1952. The commemorative service included a parade, keynote speakers and food, but it was canceled in 2020, primarily because of COVID-19.

The Legion also found itself without its key sponsor, the City of Alpharetta, which pulled its support because of legal issues associated with the Sons of Confederate Veterans who had petitioned to participate.

“There are so many people pulling for us,” said American Legion member Roger Wise, who sits on the committee organizing the revival. “We’re all family. This parade belongs to the Northern Arc.”

Right now, the committee includes members from Roswell, Alpharetta and Johns Creek, but members say they plan to reach into Cobb and Gwinnett counties for support.

The plan is to expand Old Soldiers Day to include and involve all veterans and citizens throughout the region. Right now, the Northern Arc Old Soldiers Day Foundation is awaiting word from the City of Alpharetta on a permit to stage the parade and outlying events. Unlike in past years, though, organizers will get no direct help from the city. That means paying for police, barricades and cleanup.

Charles Turner, chairman of the Old Soldiers Day Foundation Committee, said he estimates the group will need to raise a minimum of between $35-$40,000 to cover costs. The committee is exploring ways to draw corporate sponsors and is in the process of setting up a GoFundMe page to seek contributions.

In terms of legwork, Turner said area Rotary clubs have always supported veterans’ efforts, and the Foundation may reach out to them and other civic organizations for assistance with labor and administration.

Also in attendance at the committee meeting was Brian Weaver, a former police officer who sits on the Johns Creek City Council. Weaver suggested he could reach out to Fulton County Sheriff Patrick Labat, to see whether he could arrange for members of his reserves to assist. Weaver said the sheriff has spoken out about increasing the visibility of his department throughout the county.

“He wants to have a footprint all over the county, and this would be a great opportunity,” Weaver said.

Organizers say that if fundraising or labor plans fall through, the American Legion can host its own Old Soldiers Day celebration on its 13-acre grounds in Alpharetta.

Turner said they still plan to have Varsity hotdogs, either way.

“We have really got to work on it, and hope we get some good answers from the city,” Turner said.

Committee members also said that there is nothing forcing the American Legion to hold the event in Alpharetta. If another Northern Arc city provides more accommodations, they said, there’s no reason the celebration could not move.

The Old Soldiers Day celebration dropped squarely in the American Legion’s lap in late 2019 when the City of Alpharetta formally voted to end its partnership with the veterans’ group to stage the event.

The city had narrowly escaped a challenge earlier that year when Richard Leake and Michael Dean filed suit in U.S. District Court seeking an injunction against the city for refusing to allow the Roswell Mills Camp Sons of Confederate Veterans from displaying the battle flag in the parade. The city argued that such flag displays had been linked to violence and disorder at similar events across the country.

Less than 24 hours before the parade was scheduled to start, the judge denied to act on the pair’s request, basically upholding the city’s position for the time. The parade went off without a hitch the following day.

But Alpharetta took the hint when Judge William M. Ray II wrote: “While the court is not ready to issue an injunction at this time, that is not to say one may not be issued in the future.”

How to get involved

Those wishing to contribute to the effort to revive the Old Soldiers Day Parade should make out donations to the Northern Arc Old Soldiers Day Foundation. Mail to American Legion Post 201, P.O. Box 314, Alpharetta, GA 30009.

Alpharetta American Legion Post 201 is spearheading the drive and also hopes to set up a GoFundMe page. Ongoing details can be found at the organization’s Facebook page, facebook.com/legion201/.

The City Council action does not prohibit the Old Soldiers Day Parade, so long as it is organized under private sponsorship and funding. The city estimates it contributed more than $20,000 to assist with the parade.

In taking the helm, the Northern Arc Old Soldiers Day Foundation is a registered nonprofit and can write its own rules.

Alpharetta Legion Post 201 Commander Alan Dudley said every day will count, because a full revival of the parade and festivities will take months to plan.

“At some juncture, there’s going to be a drop-dead date,” he said. “We know we’re going to do something here at the Post.”

The veterans group behind reviving the Alpharetta Old Soldiers Day Parade this August says it remains at an impasse with the city over costs.