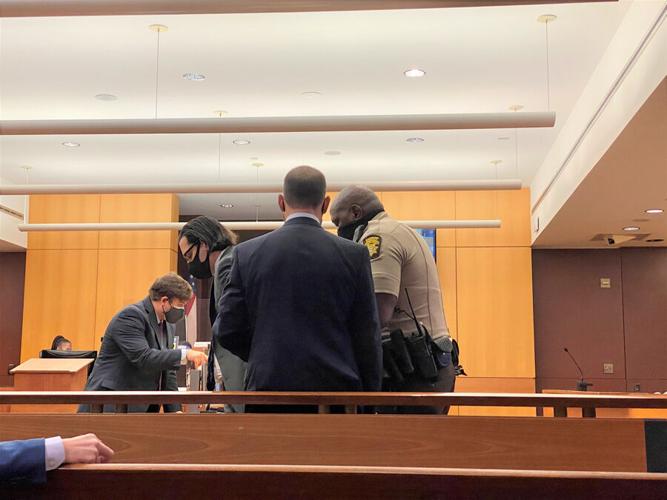 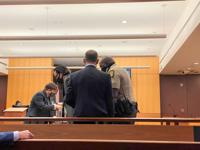 Former Roswell Police Officer Daniel MacKenzie is placed in handcuffs Feb. 28 after pleading guilty to punching and tasing a handcuffed man in 2018. 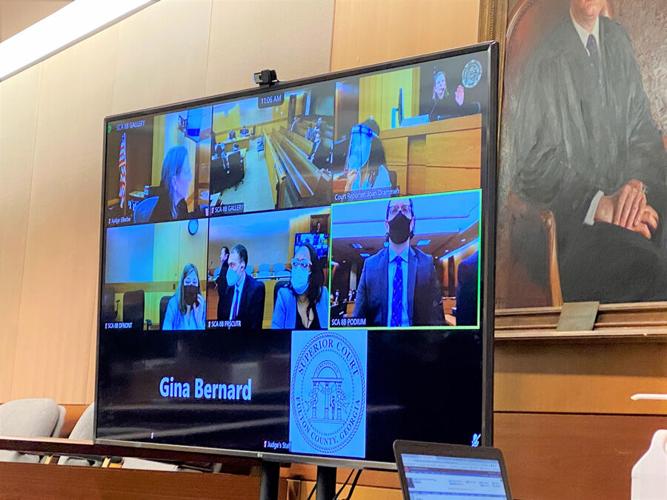 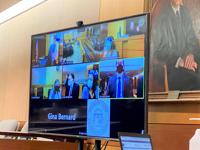 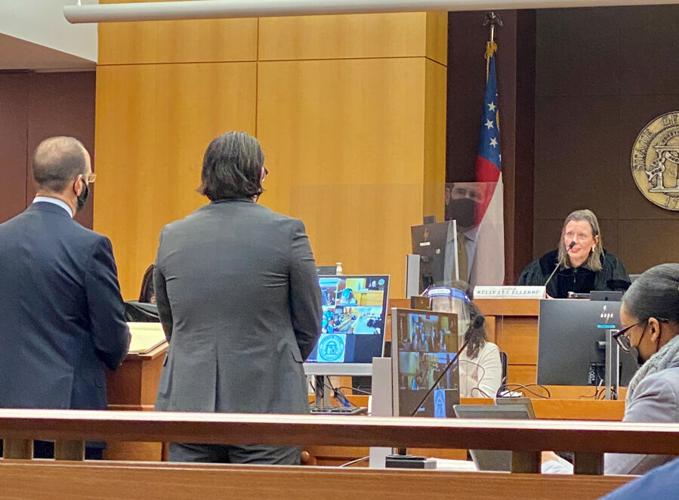 Former Roswell Police Officer Daniel MacKenzie is placed in handcuffs Feb. 28 after pleading guilty to punching and tasing a handcuffed man in 2018.

ATLANTA — Former Roswell Police Officer Daniel MacKenzie was immediately handcuffed and taken into custody Feb. 28 after pleading guilty to punching and tasing a handcuffed man in 2018.

Under an agreement with the Fulton County District Attorney’s Office, MacKenzie will serve 12 months for battery and simple battery, followed by five years on probation for aggravated assault, making a false statement and two counts of violation of oath by a public officer.

A “nolle prosequi” was filed for a single charge of possession of a firearm during the commission of a felony. The motion acts as if the charge had never been filed and is often used in cases where the prosecutor feels there is insufficient evidence to obtain a conviction but leaves the door open to pursue the same charge again in the future.

MacKenzie was initially indicted in September for allegedly committing assault when he tased and punched Mario Godoy in 2018. At the time of his arrest, Godoy was accused of attempting to break into several cars in the parking lot of a Roswell apartment complex.

While MacKenzie admitted to tasing and punching Godoy in the back seat of his police vehicle, he wrote in the incident report that it was because Godoy had been violently thrashing and attempting to get into the driver’s seat.

But in 2021, 11Alive reported that the Roswell Police Department had released a police report to the public that left out any mention of MacKenzie punching the handcuffed man, including six additional pages of officer narrative.

Following the incident, the Roswell Police Department conducted an internal investigation and commissioned an audit of its police department by an outside agency. It also placed MacKenzie on administrative leave without pay.

All charges against Godoy were dropped after 11Alive alerted his public defender about the missing pages in the police report. A week later, MacKenzie resigned from the department.

‘I’m about to hurt you’: Hidden police misconduct revealed in exclusive video

During his plea hearing on Feb. 28, MacKenzie apologized for his actions, saying that he didn’t deserve any grace for what he did.

“During my detainment of Mr. Godoy, he did not receive the compassion and assistance he was entitled to,” MacKenzie said. “… If he was present today, I’d take this moment to apologize to him in person and to tell him how profoundly sorry I am.”

Just days before the incident took place, MacKenzie said he had attended the funeral of former Gwinnett County Police Officer Antwan Toney, who he had helped train before he joined the Roswell Police Department in 2016.

Toney was gunned down by a suspect in 2018 while in the line of duty.

In addition to not being able to take time off after Toney’s death, MacKenzie said he could not sleep and felt guilty that he wasn’t able to help his friend. He added that as an already introverted, quiet, reserved person, he isolated himself even more after the funeral.

MacKenzie said he was “appalled” and “disgusted” by his actions when he saw the bodycam footage of the 2018 incident with Godoy.

“I hope law enforcement can recover from another black eye that I placed on this profession,” MacKenzie said.

Fulton County Superior Court Judge Kelly Ellerbe said she appreciated the former police officer’s acknowledgment for what he referred to as appalling, disgusting behavior and actions.

“Those are strong words,” Ellerbe said. “I heard your acknowledgment of violating your oath of office and for your hopes that this will provide additional invocation to even your children of the importance of taking responsibility and building character. Once you’re in this situation, I think you did the best you can do. … It was very tough to see Mr. Godoy go through what he went through.”

Ellerbe ruled that MacKenzie cannot reapply for any post-certified law enforcement position after he completes his sentence. She also approved his request to seal records pertaining to his case but refused to specify whether he will serve his sentence in the county jail or elsewhere.

She said that decision is in the hands of the Department of Corrections.