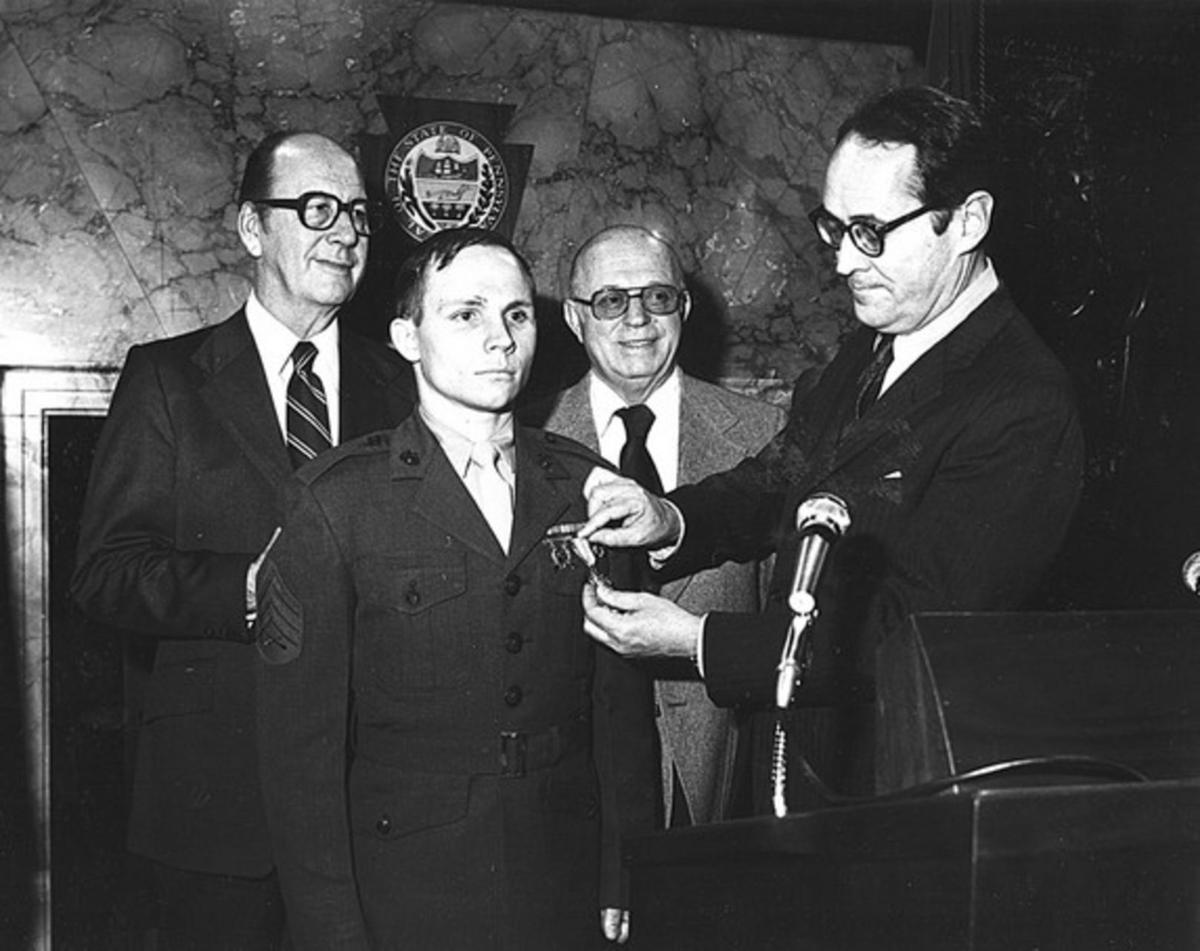 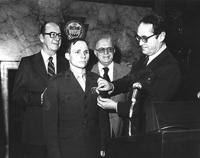 Ken Kraus, center, receives medals for his time in an Iranian prison after the siege of the American Embassy in February 1979. 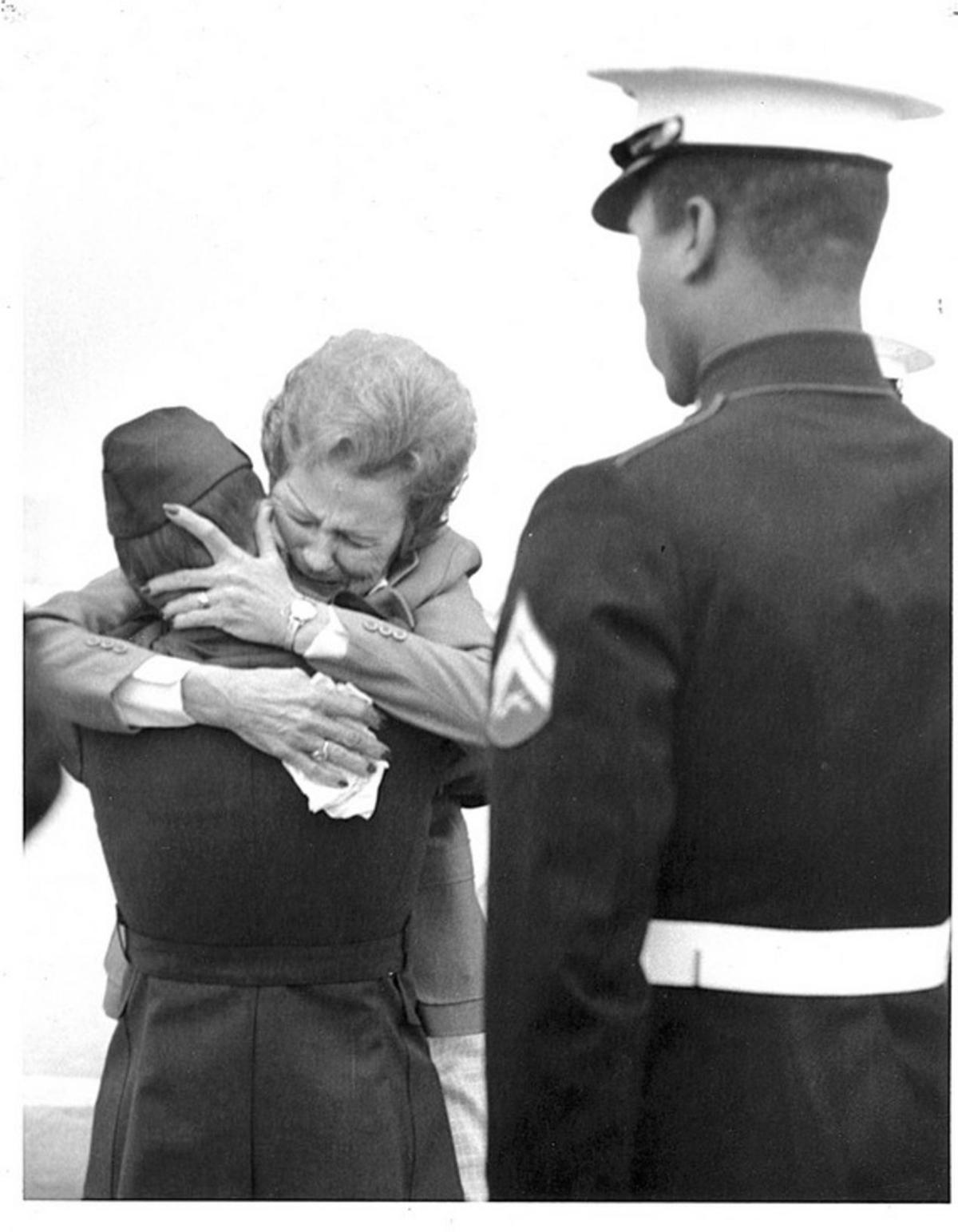 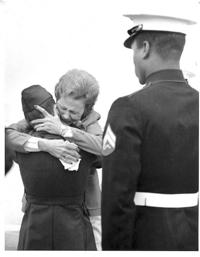 Ken Kraus is hugged on the tarmac by his mother and top military leaders in 1979 after his release. 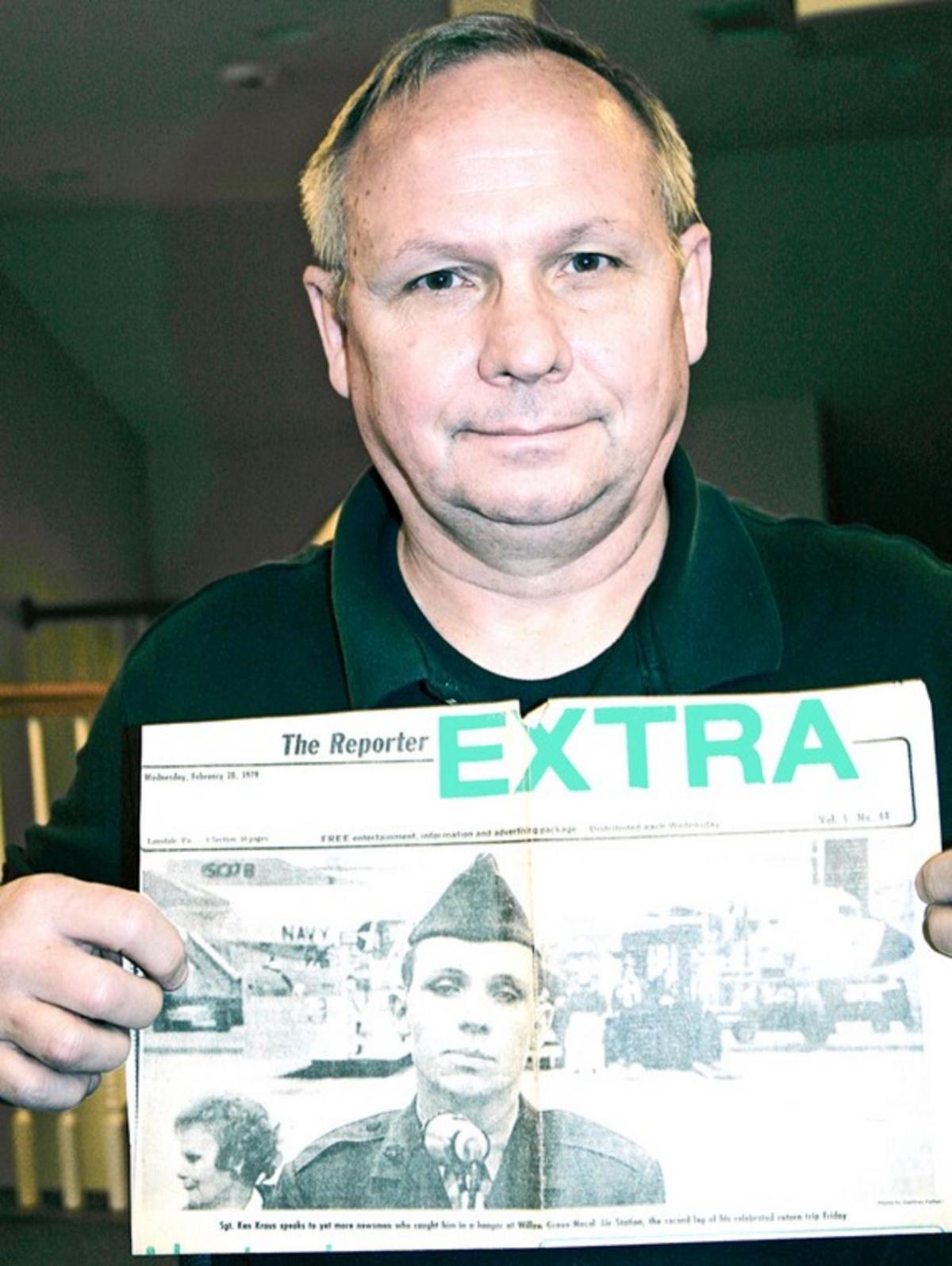 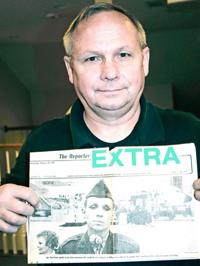 Roswell Police Detective Ken Kraus spent a week in an Iranian prison in 1979, shortly before the Iranian Hostage Crisis later that year. Kraus, now 56, holds up a report of the time showing how emaciated he was after his ordeal. JONATHAN COPSEY

Ken Kraus, center, receives medals for his time in an Iranian prison after the siege of the American Embassy in February 1979.

Ken Kraus is hugged on the tarmac by his mother and top military leaders in 1979 after his release.

Roswell Police Detective Ken Kraus spent a week in an Iranian prison in 1979, shortly before the Iranian Hostage Crisis later that year. Kraus, now 56, holds up a report of the time showing how emaciated he was after his ordeal. JONATHAN COPSEY

ROSWELL, Ga. – Ben Affleck’s film “Argo” just won the Oscar for Best Picture for its portrayal of the events surrounding the Iranian hostage affair in 1979. When people think of American hostages in Iran, they often recall the 52 Americans held hostage for 444 days between Nov. 4, 1979, and Jan. 20, 1981. What they don’t think of is the first time Americans were taken hostage – Feb. 14, 1979. That was when the embassy in Iran was stormed and one Marine was injured and carried away. He spent a week in detention.

That Marine was Kenneth Kraus, who is now a detective with the Roswell Police Department.

“It was the first time an embassy was taken in U.S. history,” Kraus said.

Kraus, now 56, grew up in New Jersey, not far from Philadelphia. He served eight years in the Marines.

In 1979, he was a Marine guard in Cyprus. For Marines, soldiers would serve 18 months of a “hardship” tour – in an unstable or unwelcome country – and then 18 months in a stable, friendly country.

“I went to Cyprus for my hardship,” he said.

The Cyprus of 1978 was not the beach resort island we know today – Turkey had just invaded and divided the island. Kraus was there only a short time before he was reassigned to Iran, where popular opinion had shifted against the ruling Shah.

“Iran was heating up and they needed people from the [stable] countries.”

So 22-year-old Kraus was sent to Tehran.

It did not quite work out that way.

“A lot of people assumed the Shah would be able to keep control,” he said. “They vastly underestimated the will of the fundamentalist Muslims.”

In February of 1979, the revolution began and the Shah was overthrown by the radicals. The embassy came under attack Feb. 14 from militants.

The 27-acre embassy compound was completely overrun and the security on hand was not able to defend itself. The Marine guards were armed only with pistols and shotguns – not effective over long distances.

“This was not the Alamo,” Kraus said.

Kraus and two other Marines were trapped in the embassy restaurant with more than 20 civilians when the fighting began.

One of the militants came near the restaurant building and Kraus managed to catch him by surprise, getting close to him and pointing a shotgun at his head.

“I could feel the sweat on my finger. At that range, he’s not going to have a head.”

Kraus negotiated with the man to let the civilians go peacefully. Once they were gone, Kraus returned to the restaurant and the Marines began destroying their weapons to keep them from falling into enemy hands.

The militants stormed into the restaurant and captured the Marines. When the men found the broken weapons, they were enraged. One man found a shotgun that appeared functional and pointed it at Kraus.

“I realized this guy is going to shoot me,” Kraus said, as he recalled the moment. “It gets real quiet and then I hear this slow roar.”

That roar was the shotgun blast aimed at him.

The bent barrel of the gun and the inexperience of the gunman with shooting shotguns saved Kraus’ life. The shot was not a direct hit. His injuries were severe, but his body armor had taken the brunt of the blast.

In and out of consciousness, Kraus awoke in a hospital and was quickly taken to a prison cell, lit only by one bare light bulb and filled with political prisoners from the Shah’s regime. He stayed there for a full week.

He was interrogated and tortured for days, his captors trying to force him to reveal embassy security details. He refused to give up any details, frustrating his captors.

Finally, he was pulled before a tribunal to stand trial for his crimes – allegedly shooting three Iranians at the embassy. The parties communicated through an interpreter.

“I told them I didn’t shoot anyone,” he said.

The tribunal returned him to his cell, where he was met with incredulity from his cellmates – no one returned from the trials. They were either set free or executed.

A day later, he was back at the embassy, greeted by fellow Americans. His release was arranged by President Jimmy Carter. A few days later, he was in Washington, D.C.

When he returned, Kraus was given a hero’s welcome. Emaciated and showing the scars of his injury, he met with Carter and made the rounds on the talk shows. There were plenty of articles written about him in major publications.

For his trials, he was awarded the Purple Heart and the Navy Commendation Medal.

“I’m not supposed to be alive,” he said. “Being a hostage, when someone is totally in control of you, for the rest of your life you don’t ever want to be a hostage ever again.”

Alpharetta and Roswell schedule holiday events for the rest of December

Podcast: Go get your cash, grab it while you can.

Podcast: When have you ever gotten lumber?