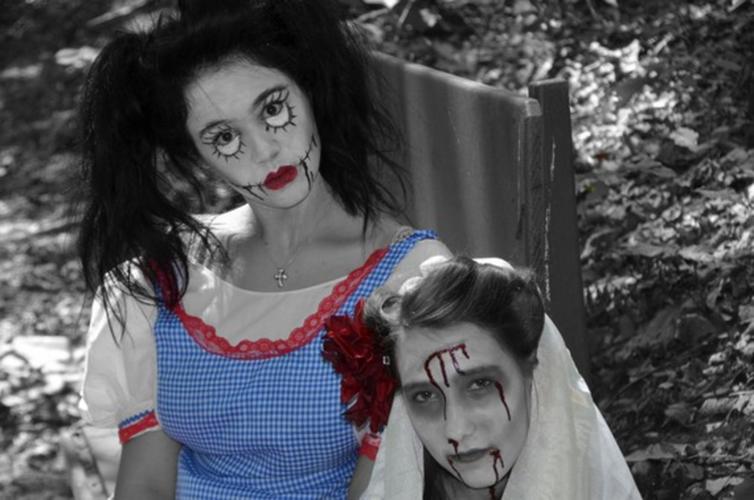 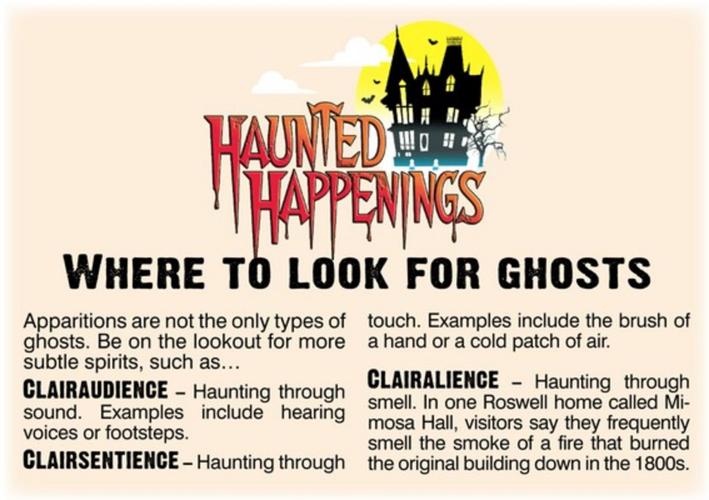 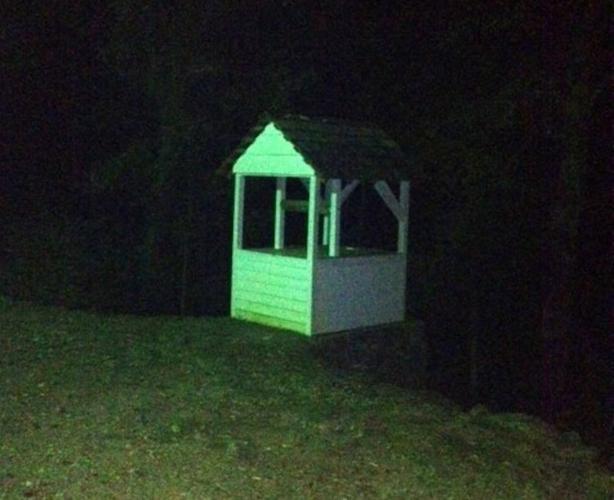 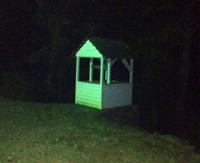 The body of a young slave girl was found floating in this well behind Bulloch Hall a week after her disappearance. She now communicates with the living through the lighting in the house. PHOEBE BUMSTED

The body of a young slave girl was found floating in this well behind Bulloch Hall a week after her disappearance. She now communicates with the living through the lighting in the house. PHOEBE BUMSTED

ROSWELL, Ga. – Roswell’s history dates back to before the Civil War, and several ghosts and apparitions haunt the historic area. Ghosts are said to be abundant in Roswell, ranging from creepy old men to friendly little girls. Watch out for these well-known ghosts; you might see one in your own backyard.

“Trust your instincts. If you’re getting a certain feeling about a place or that gut instinct, go with it,” said Roswell Ghost Tour guide and author of “Georgia Spirits and Specters,” Beth Dolgner.

“I think it’s when you’re least expecting it that something will happen.”

One private house in historic Roswell is home to two different ghosts, both of which the residents consider part of the family. One of the ghosts, known as Fred, is that of a Confederate soldier. When the previous owners were decorating the building, they hung two pictures on the walls – one of a Union soldier and one of a Confederate soldier. Whenever they returned to the house, they would find the picture of the Union soldier lying in the middle of the floor with the glass shattered.

Fred seems to like parties. When the previous owners would set up their table for an event the night before, they would return in the morning to find that the place settings had been disturbed.

There is one other ghost that shares the house with Fred. One evening, a group of 57 eighth-grade students were on the Roswell Ghost Tour. While at the house, they saw a little girl playing in the building, even though there was no floor in the building at the time. Eventually, the girl ran right at the students, causing them to run screaming down the street.

The ghosts residing in what the Roswell Ghost Tour refers to as “Creepy House” are not nearly as friendly as Fred or the little girl. Paranormal investigators believe that Creepy House was the site of severe child abuse. In fact, the body of a young girl is believed to be buried in the basement of the house.

One ghost in Creepy House is that of an old man. He hates having people on his land, and he often shouts at visitors from the windows at the top of the house. Psychic medium Chip Coffey has claimed that he felt the spirit of the man attempting to possess him when he stepped onto the porch of Creepy House. Creepy House is no longer in use and will soon be torn down, but some claim that spirits are tied to the land itself rather than any particular structure.

One of the most well known hauntings in Roswell is in the former J. Christopher’s, what is now known as The Public House, on the town square. During the Civil War, the building was a commissary and the site of a tragic love story. The owner’s daughter Katherine carried on a public relationship with a Union soldier called Michael, a scandalous partnership at the time. Michael was charged with treason and hanged from a tree across the street while Katherine watched from a window. Devastated, Katherine hanged herself from the building.

The ghosts of Katherine and Michael have been seen in the upper windows of the building.

The ghost of a Confederate soldier haunts the restaurant as well. He has been seen sitting in the upper story or conversing with a child at the bottom of the stairs.

The bathrooms in the building are also haunted. In previous years, women would be using the restroom and the door to the stall would suddenly fly open. The men and women’s restrooms have recently been switched, so the same thing now occurs in the men’s restroom.

In the 1990s, a woman named Vicky bought an old Roswell mill house and tried to set up a business there. She tried to repair the house several times, but after each renovation, she would return to find everything drenched with water and the changes destroyed. She eventually came to the conclusion that the building was haunted and asked a psychic medium to investigate the house.

The psychic medium discovered the spirits of five women in the house, the wives of mill workers who had left to fight in the Civil War. The psychic medium convinced four of the women to cross over into the afterlife, but the fifth refused to leave.

The remaining woman, who called herself Katherine, complained about “fire in the walls,” referring to the electricity Vicky had tried to install. When she flooded the house, she had been trying to put out that fire.

In the backyard of the historic Bulloch Hall is a little well from the mid-1800s. Years ago, a young slave girl was discovered floating in the well, dead. When she was alive, she was responsible for the lighting in the house. As a ghost, she frequently communicates in a similar fashion, flickering electric lighting or spontaneously extinguishing candles.