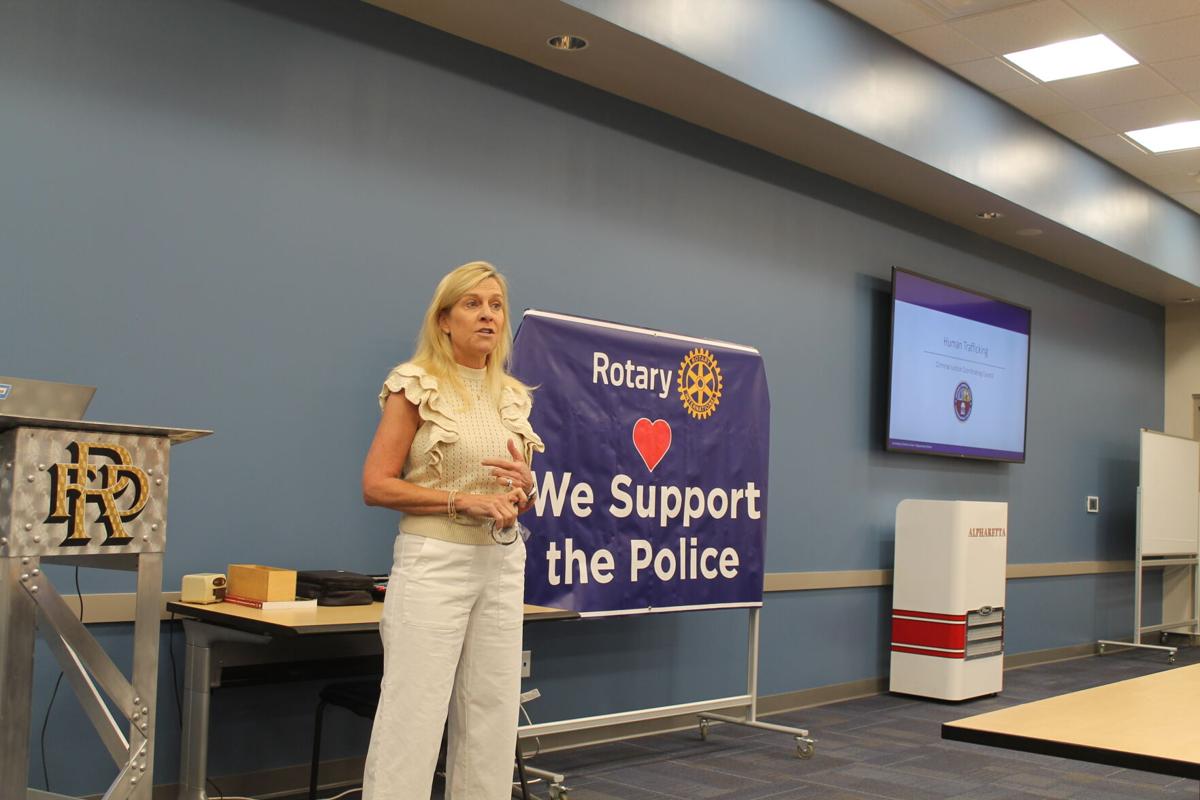 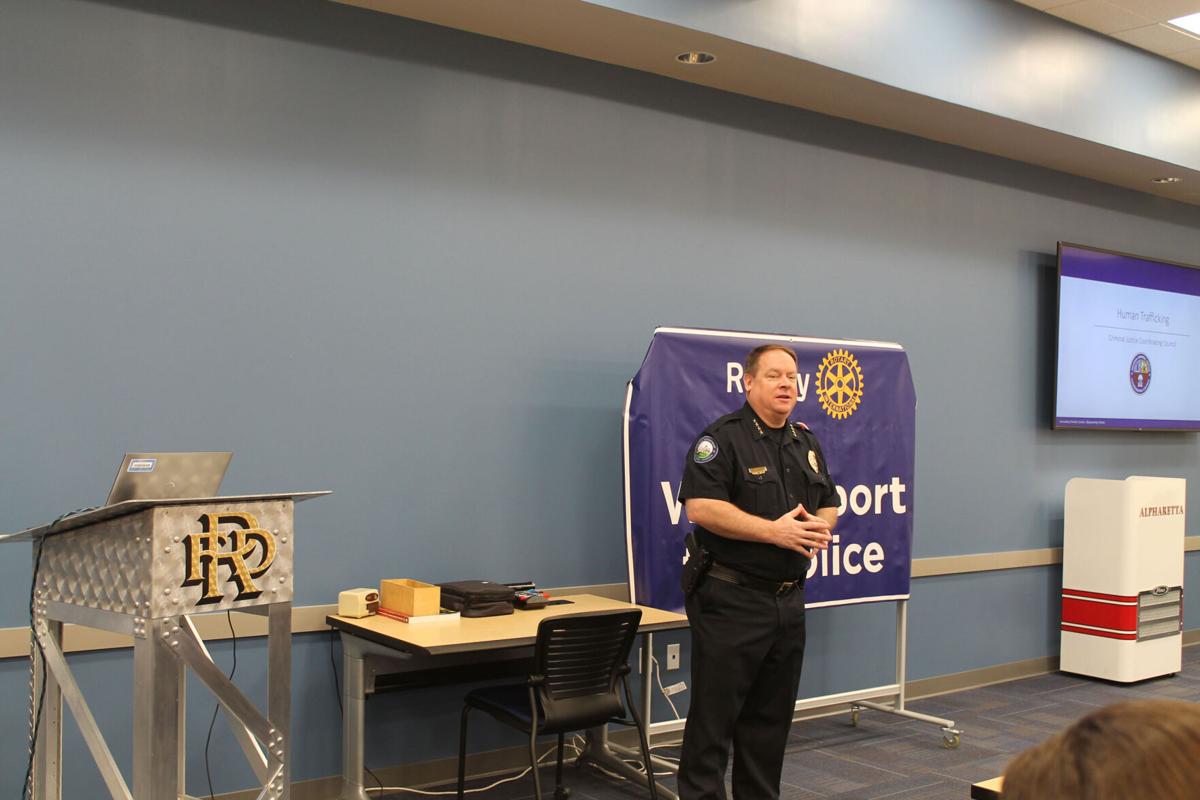 Dave McCleary, vice-chair of Rotarians Against Slavery and previous president of the Roswell Rotary, said Georgia is a model for the U.S. and around the world for its efforts to combat human trafficking. He credited Georgia Gov. Brian Kemp and First Lady Marty Kemp for their attention to the issue.

Marty Kemp was on hand to speak to the importance of the training.

“These training sessions let us have more eyes, ears and boots on the ground, and it is just so important,” she said. “We really appreciate y'all learning and knowing what to look for and just working with the community and recognizing this.”

The Kemps founded the Georgians for Refuge, Action, Compassion, and Education Commission — GRACE — to combat the threat of human trafficking in the state. The GRACE Commission is comprised of public officials, law enforcement, for-profit and non-profit organizations, faith-based institutions, and subject matter experts to tackle human trafficking, seek justice for victims and hold bad actors accountable.

The eight-hour training was conducted by GBI agent Renea Green. The training was programed by the Human Trafficking Task Force of the Criminal Justice Coordinating Council in coordination with the Demand an End initiative with the Office of Georgia Attorney General Chris Carr, Street Grace, and the GBI.

“We appreciate you allowing GBI to partner with you, to work with you and stand with you as we do everything humanly possible to stop what the first lady calls the scourge of modern-day slavery,” GBI director Vic Reynolds said to the officers.

Also in attendance was Georgia State Sen. John Albers who shared a story of a woman and her daughter that he met at a candlelight vigil during the Rotary convention several years ago. He said after the women shared their stories, he exchanged business cards with them. A few months later, he received a call from one of the women telling him that her ex-husband had been released from jail and was going after her and her daughter, threatening to kill them. By working with the GBI and police departments, the two were rescued.

The Criminal Justice Coordinating Council also offers training programs to combat human trafficking in the hospital industry and for first responders in addition to the seminar for police, judges and prosecutors. The training programs are available upon request.