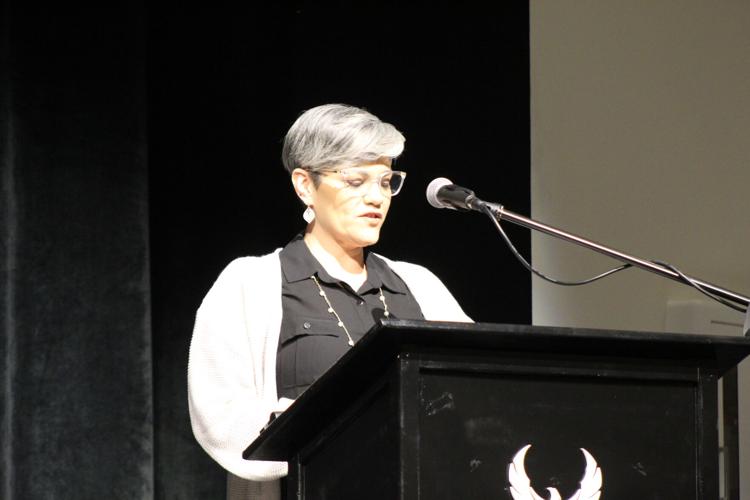 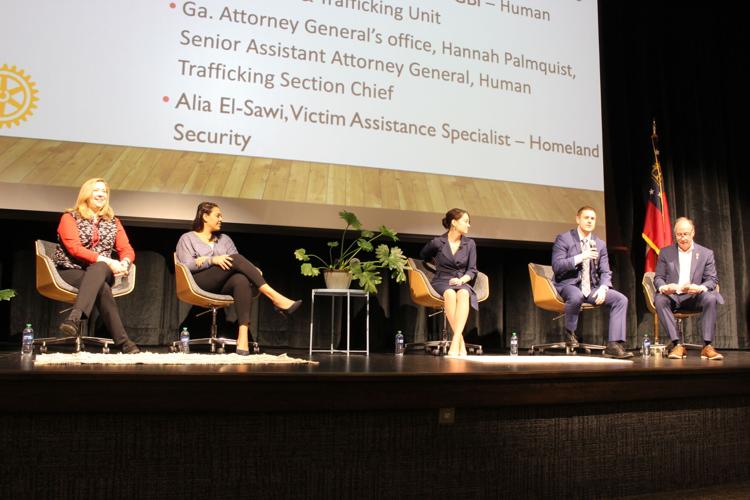 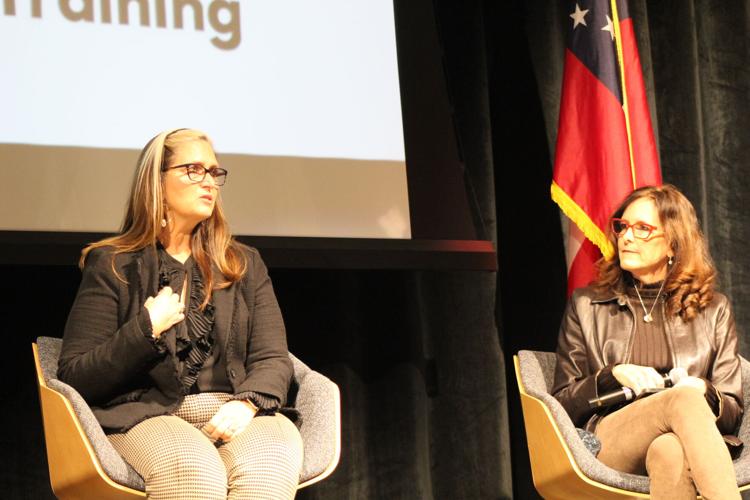 ALPHARETTA, Ga. — Faith, a human trafficking survivor, was 4 years old when someone first put a price tag on her. Her mother would not hand her over to her relatives unless she was given something in return, whether it was a car or payment for utility bills.

“That was the only way that she would allow me to be free from her abuse, from her neglect, from her addiction, and from all of her unhealthy cycles and patterns,” Faith said.

Because she was sexually assaulted at a young age, Faith said she had a skewed version of what love was.

Faith’s turbulent beginnings followed her until her late 30s, when she finally escaped the cycle of human trafficking. She now works at Street Grace, a faith-driven organization whose mission is to eradicate the sexual exploitation of minors and become one of the founding members for its Survivor Advisory Council.

Human trafficking is rarely kidnapping by physical force, Palmquist said, but rather victims are lured in by promises to fill basic needs that aren’t being met.

“Sex trafficking is the exploitation of the most vulnerable victims in society,” Palmquist said.

Most trafficking, 60 percent, comes in the form of labor. El-Sawi commented on some of her case work that found domestic servitude within multimillion-dollar homes.

“It can happen anywhere,” El-Sawi said. “It could happen in an affluent neighborhood … So this is an issue that really affects all of us — all communities, all populations.”

According to data provided by Alpharetta Rotary, it’s estimated that 43 percent of johns live in North Fulton.

Coppedge asked the audience to be conscious consumers, directing visitors to slaveryfootprint.org. The website allows users to answer a series of questions informing them of how purchasing habits contribute to the global labor trafficking problem.

The summit’s second panel focused on prevention within the transportation industry, health care field and the school system.

Bryant’s organization developed a human trafficking prevention program that can be implemented in schools at all grade levels. Starting in kindergarten, students are taught to listen to their inner voice.

“A really important part of prevention is being able to meet people where they’re at,” Bryant said.

Lyon said hospital staff are trained to ask all patients if they feel safe at home in a way that makes patients feel comfortable. She also described some of the signs of human trafficking that health care workers should look for, like tattoos.

“We have to worry about our bias, making sure that we’re aware of our bias.”

McDermot said all 95,000 Delta Airlines employees are trained to spot signs of human trafficking. He shared a success story about two aircraft mechanics in Florida who were able to observe the signs and act as a result of the training.

“Don’t underestimate the awareness that everybody has in this room,” McDermot said, alluding to the packed auditorium.

He also said that Delta uses frequent flier miles to help evacuate trafficking victims back to their families, which has been done 326 times.

Hariharan, a junior at FCS Innovation Academy, evoked applause after giving a call to action to the parents in the room.

“What we need to do is reduce the stigma of talking about sexuality — good touch, bad touch — because you'd rather be the one to tell your children.”