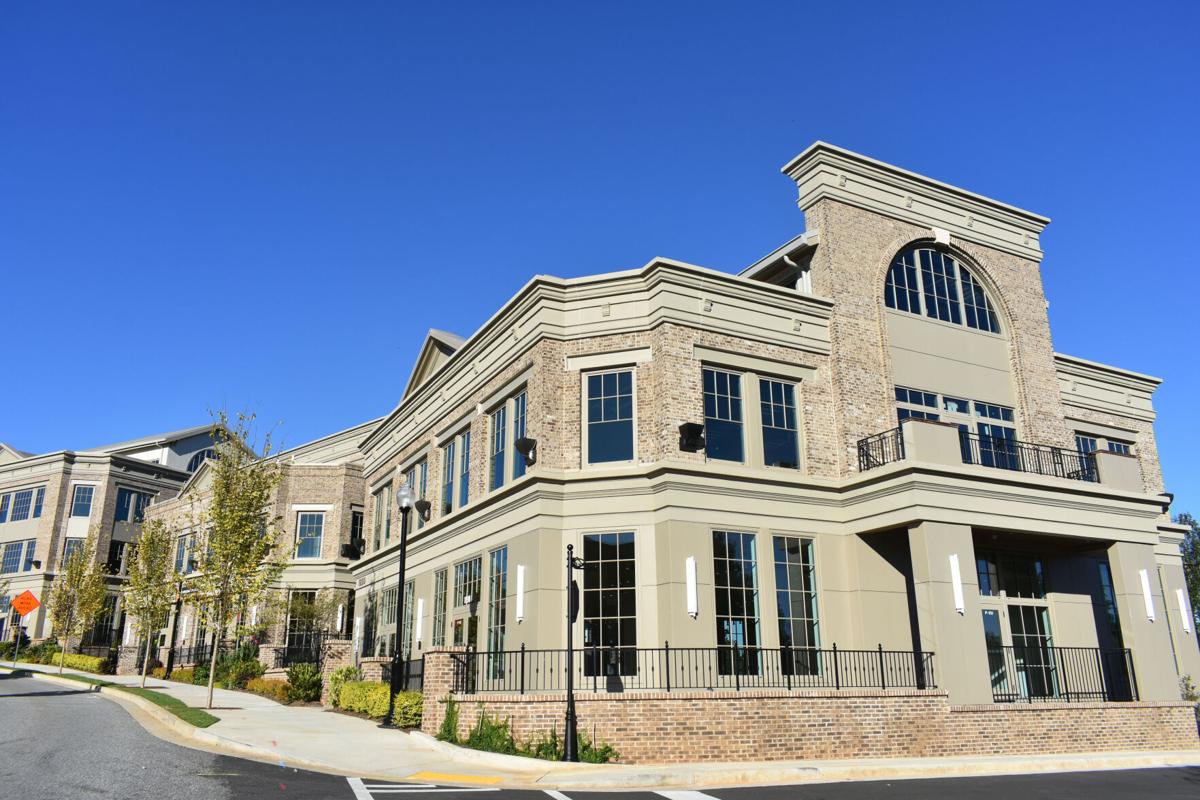 The Crabapple Market expansion is on track to reach capacity by spring 2022. The mixed-use development will feature 11 new buildings and include retail, restaurant and residential space. 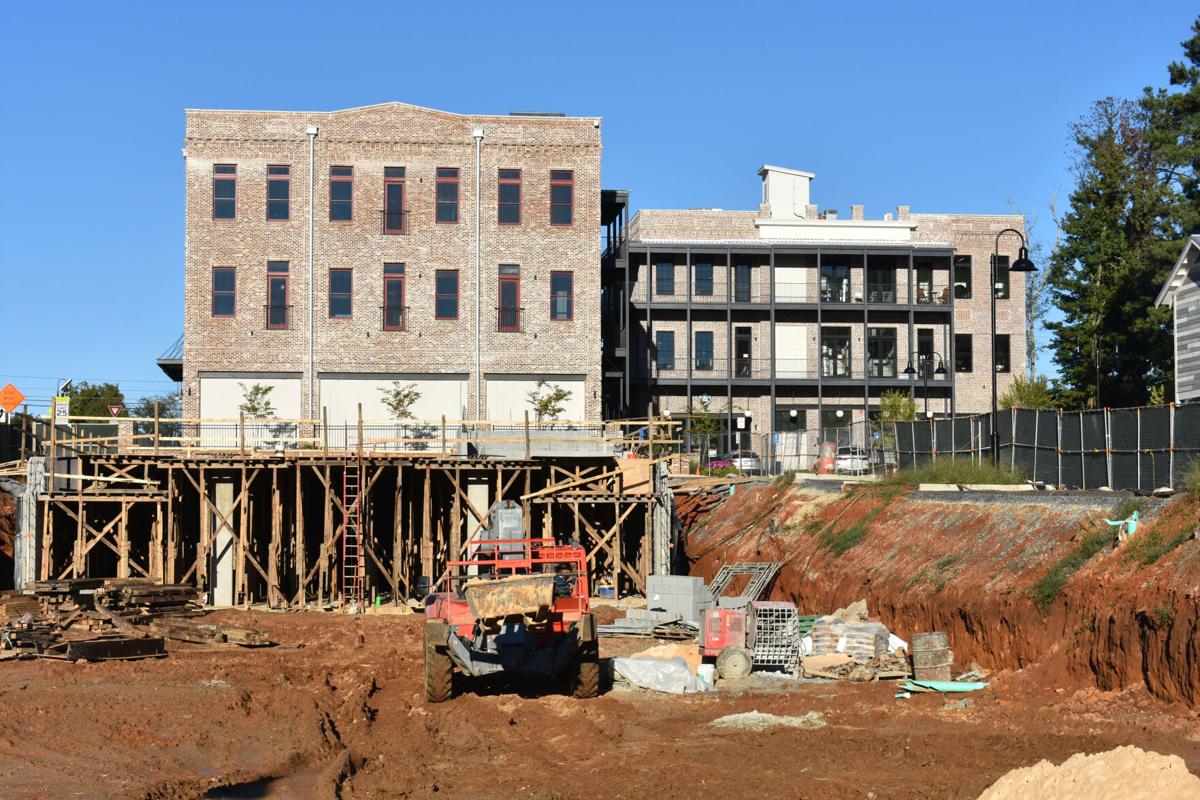 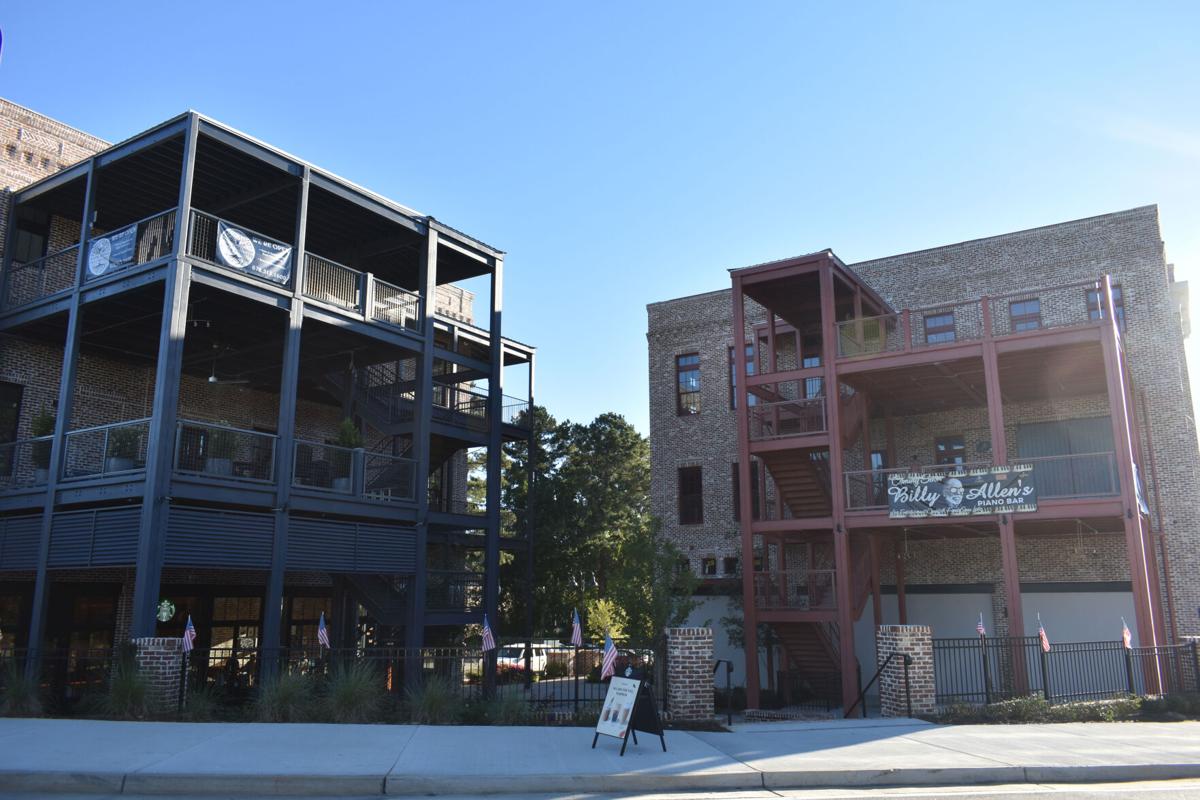 Several businesses, including Starbucks and Billy Allen's, have already moved or are about to move into the Market District Crabapple development. 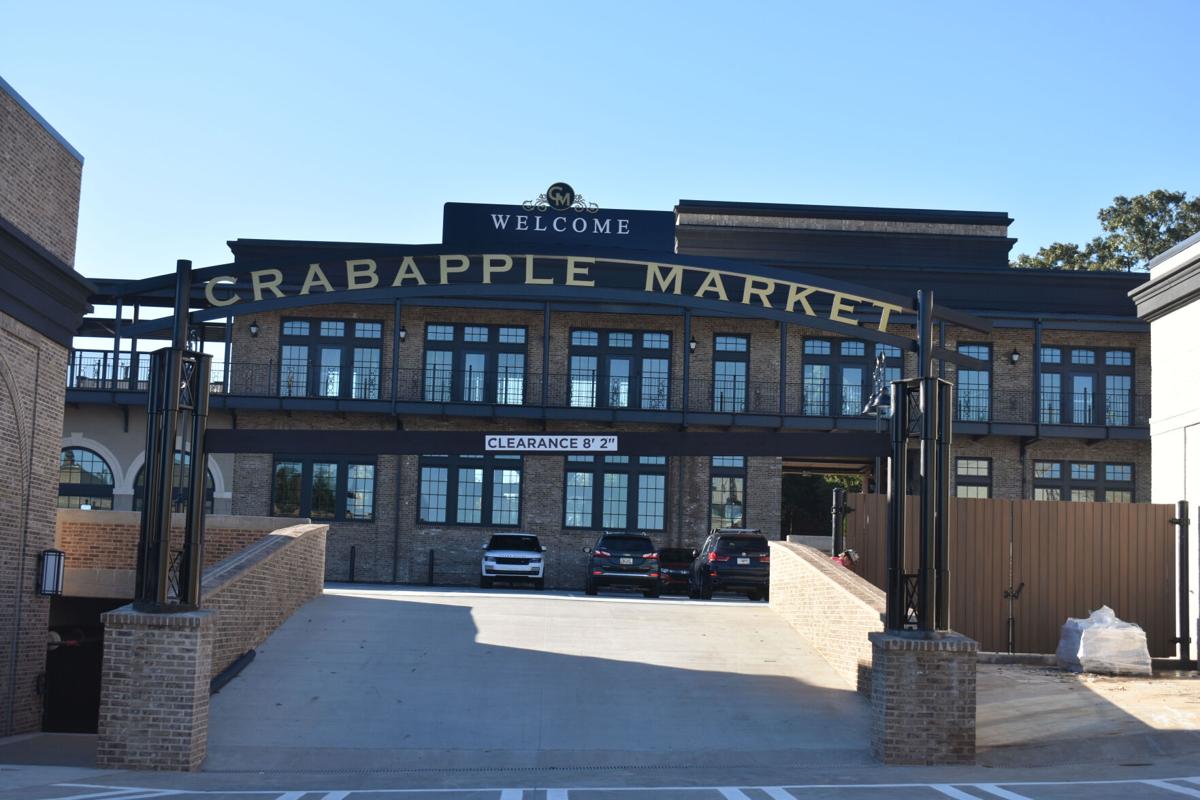 The Crabapple Market expansion is on track to reach capacity by spring 2022. The mixed-use development will feature 11 new buildings and include retail, restaurant and residential space.

MILTON, Ga. — The face of downtown is changing on a regular basis as Market District Crabapple and Crabapple Market move past challenges to welcome new businesses.

Market District Crabapple is a high-density, mixed-use development under construction along Heritage Walk near Birmingham Highway in Milton. Once completed, the 4-plus-acre development will consist of seven buildings with residential and commercial space.

About a quarter of a mile down the street, an expansion that builds off the existing Crabapple Market will feature 11 new buildings and include retail, restaurant and residential spaces. The mixed-use development is privately owned.

Both developments have faced delays due to supply chain issues caused by the pandemic but have remained ready to adapt to the changing environment. One of the biggest changes to previous plans has been to Market District Crabapple, which proposed a food hall in building four with five restaurants on the bottom floor and residential units above.

Brent Beecham, a partner and developer for the project, said the decision to scrap the food hall was made six or seven months ago. However, the new concept is similar in that there will still be several options for restaurants in one space, but they will be spread out over three floors, so they have outdoor space. The residential units were replaced with more restaurant opportunities and are now anticipated to go in the final three buildings.

“During the pandemic, people started to feel weird about being in enclosed spaces,” Beecham said. “So what we’re doing now is the whole first floor of the building is probably going to divide into two or three big full-scale restaurants, and then I’m going to build a second level that has porches and whatnot. Hopefully, we’ll have a restaurant there, and on the third floor we’ll have rooftops on both ends.”

Beecham said he is in negotiations with potential restaurants, including one that serves sushi, but he did not disclose any names. He said he’s confident buildings three and four will be leased before they are fully constructed by late summer and early fall next year.

Several businesses have already moved in or are about to move into buildings one and two. Out of 27,000 square feet, all but 4,000 square feet has been leased in those buildings – an occupancy rate of about 85 percent.

Beecham said he is focused on making downtown Crabapple successful beyond the immediate area by bringing in unique restaurants and entertainment in the remaining spaces.

“I’m looking for quality,” Beecham said. “I’m not trying to fill up our buildings with stuff that don’t fit what we’re trying to do. The big thing about Crabapple is it needs to become a destination.”

In 2012, the city adopted the Crabapple Conceptual Master Plan that shows how the existing and new development can “seamlessly blend to achieve the community’s vision of a ‘village center’ for Milton.” Beecham said it was just a sketch, but he believes 10 years from now when the plan is overlayed with the actual development, it’s going to be close.

“I think it’ll get people to see things that they had in their imagination,” Beecham said. “The city has been very entrepreneurial and thoughtful about what we’re doing. I think time will tell, but if we all bring things to the city that are interesting and intriguing for people to come, it will be successful.”

Crabapple Market developers, Orkin and Associates and Ron Wallace, understand that many people moving out of the big city into places like Milton are looking for a variety of options but with a community feel, company spokeswoman Erin Freeman said.

The company recently introduced a brand, “The Heart of Milton,” for Crabapple Market that complements the 60-foot mural on the wall of its parking garage. Freeman said it’s meant to showcase the pride and passion that Crabapple Market has for Milton.

The Crabapple Market expansion is on track to reach capacity by spring 2022, and the performance stage on the Green is near completion. There will be a grand opening concert Saturday, Oct. 16, featuring the Decades Band and food trucks.

Freeman said Crabapple Market will compete with Alpharetta and Woodstock with its large-scale and daily events.

While the exterior of the new buildings is finished, work remains on much of the interior. The completed areas are awaiting permits, and Freeman said the occupancy rate is at about 50 percent. Many of the new businesses bring new concepts.

Twisted Cycle, which opened in July in the new section of Crabapple Market, held a ribbon-cutting Sept. 22. The business offers an integrated fitness workout that combines elements from cycling, strength training and high-intensity interval training.

Loveday Place Artisans at Crabapple features a concept usually seen in more artistically inclined cities like Asheville and Birmingham. It will sell handcrafted jewelry, woodworking and canvasses from 12 or more artists.

Dinna Eckstein Designs The Store, Savi Provisions and Valinge Flooring are close to opening, too.

Roll On In, Buzzed Bull Creamery, Six Bridges Brewing, The Nest Café, Spiced Right BBQ and several interior design firms are in the construction phase. Freeman said they are anxious to start.

Roll On In is an Asian fusion restaurant that serves sushi burritos and bowls. Buzzed Bull Creamery specializes in alcohol-infused ice cream and milkshakes for those 21 years and over.

Freeman said she could not disclose other potential tenants at this time.

To view the events scheduled at Crabapple Market this fall, visit crabapplemarketga.com/events.

Opinion: The candidates showed up. Now it’s your turn.

Candidates share love of Milton, vision for future at forum

I read the extensive article on the updates for this new creation. I did not see one mention of sustainable architecture, environments or well you get the point. Please, developers going forward, show us you can make our world a better place and teach the children that you really do care about our air, water and soil. Begin with permeable paving wherever possible come especially on sidewalks.