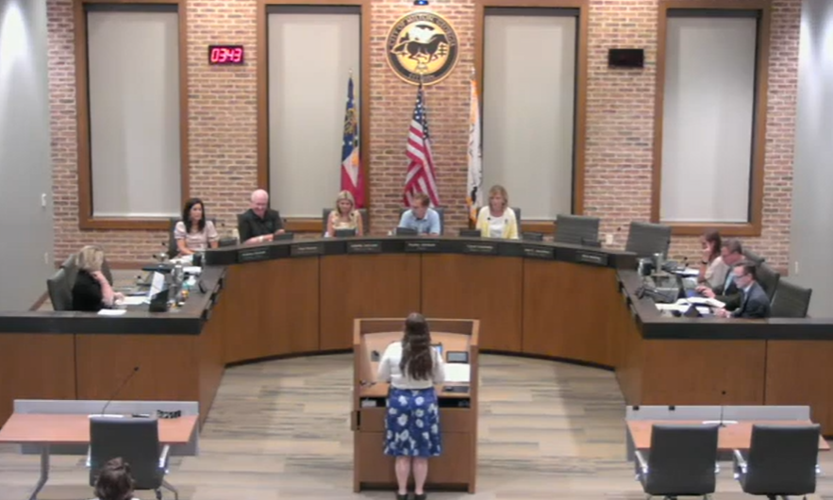 Milton Assistant City Manager Bernadette Harville presents the 2023 budget draft at the Sept. 7 City Council meeting. The presentation accompanied the first of two public hearings on the new budget. The final public hearing will be on Sept. 19. 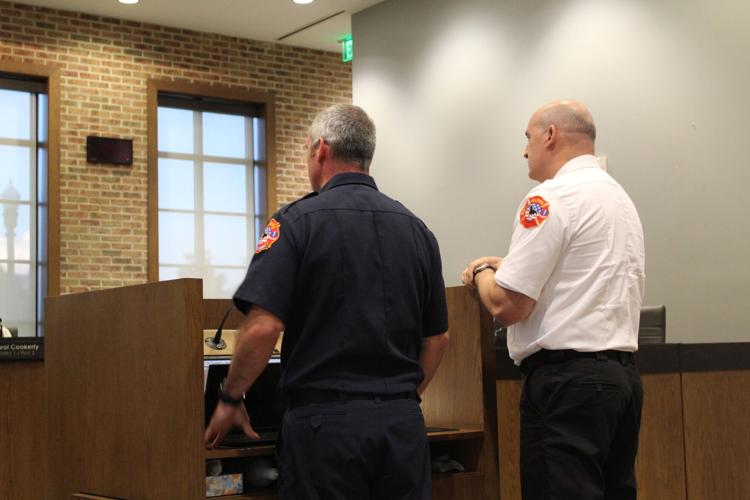 Harvill provided a high-level overview of the proposed spending plan, which included anticipated general fund expenditures, and focused on changes made since the presentation provided at the August work session.

While the city’s current rules allow public input on any agenda item, a public hearing is a time specifically set aside for the City Council to hear directly from the public, Harvill said. The public hearing gives residents the opportunity to have direct input on the subject at hand.

Milton resident Mary Kronk asked that the City Council put a hold on various new full- and part-time positions and related equipment until negotiations are settled with Fulton County over the distribution formula for the countywide local option sales tax, or LOST.

Kronk noted that some of the positions are to replace services, which makes for “good financial sense.” But, she said that there are several new full-time positions and part-time positions not tied to expiring contracts, as indicated in the Maintenance & Operating initiatives section of the budget draft.

In an email response to specifics, Harvill said there are eight new full-time positions, three part-time public safety ambassadors and a program to staff part-time work in Parks and Recreation that will involve a varying number of positions depending on the season.

“There will also be seasonal staff associated with the Day Camp, but 100 percent of their costs should be covered by revenue generated by the camp dues,” she wrote.

Harvill confirmed that the request for those positions adds up to around $1.2 million.

The city will see an increase of about $2.5 million in general fund expenditures for salaries and wages as in addition to employee benefits, according to the 2023 budget draft. This includes staffing needs for the Communications and Community Development departments as well as the Police and Fire departments.

Milton residents have one more time to weigh in on the 2023 budget draft at the Sept. 19 City Council meeting. After the public hearing, the council is expected to vote on whether to adopt the new budget.

Preceding the public hearing on the 2023 budget, Harvill presented amendments to the 2022 budget. She proposed to transfer $1.1 million of excess revenues to the pay-as-you-go program in the Capital Projects Fund, which includes $1 million for the build out of a new active park complex once a property has been identified, $129,191 for the inclusion of a metal roof as part of the construction of Fire Station 42 and the allocation of $8,300 received from the sale of a Community Development vehicle.

In other action at the Wednesday night meeting, two Milton residents expressed their support for Councilman Paul Moore who was recently found in violation of three ethics codes at an Aug. 30 hearing.

Both Suzanne Gaines and Dana Dudley live in the White Columns, the same neighborhood as Moore.

“I just want you to know that we hold him in high regard,” Dudley said.

Mayor Peyton Jamison also read a yearly proclamation declaring September as Milton’s Mental Health Wellness month. September has been designated as Mental Health Wellness month since 2019. The city and the Lou Ruspi Jr. (LRJ) Foundation, a private non-profit organization, have been collaborating to provide mental health educational programming to the community over the past few years.

The city and the LRJ Foundation will host a webinar on mental health Sept. 21.

The survey was advertised on Facebook and emailed newsletter. Councilwoman Carol Cookerly said that other survey methods should be used to provide a better cross-section.

Groth also discussed a recycling and solid waste management plan, which would be used by a trash and recycling advisory committee.

The City Council motioned to approve several agenda items at the Sept. 7 meeting, including the Milton Community Center as an advance early voting location.