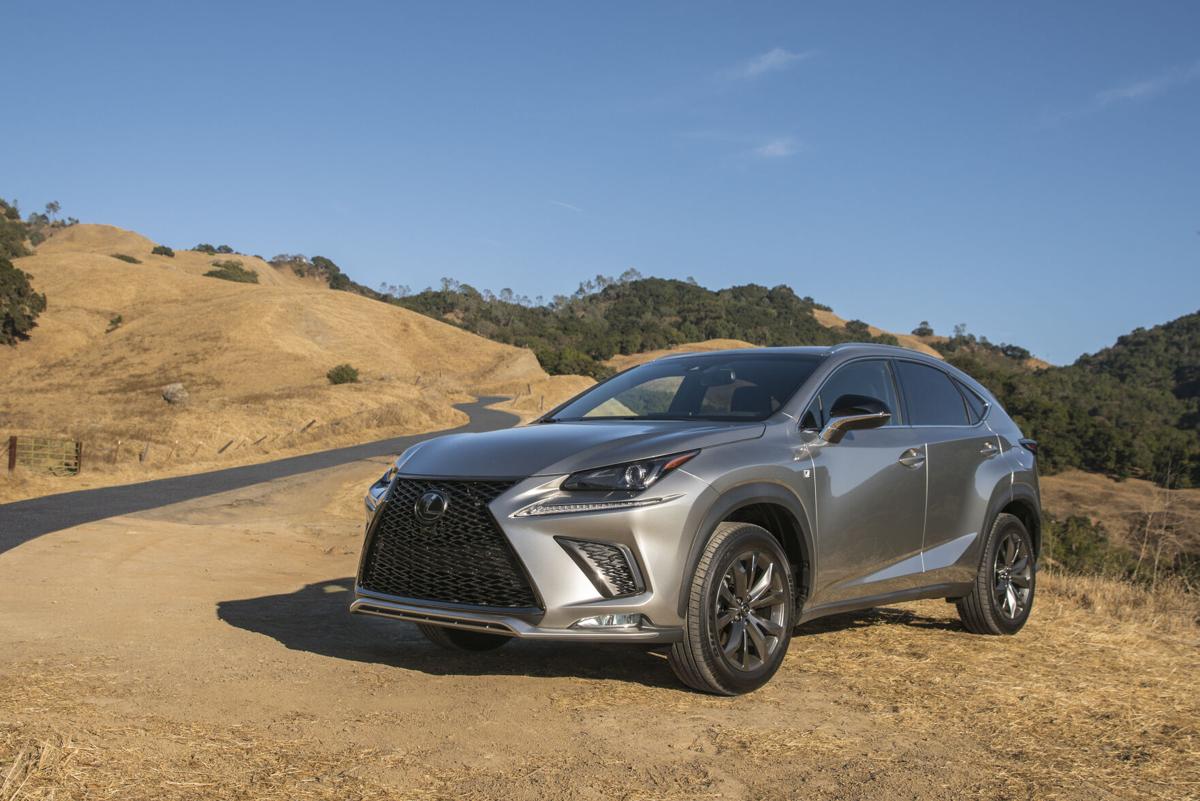 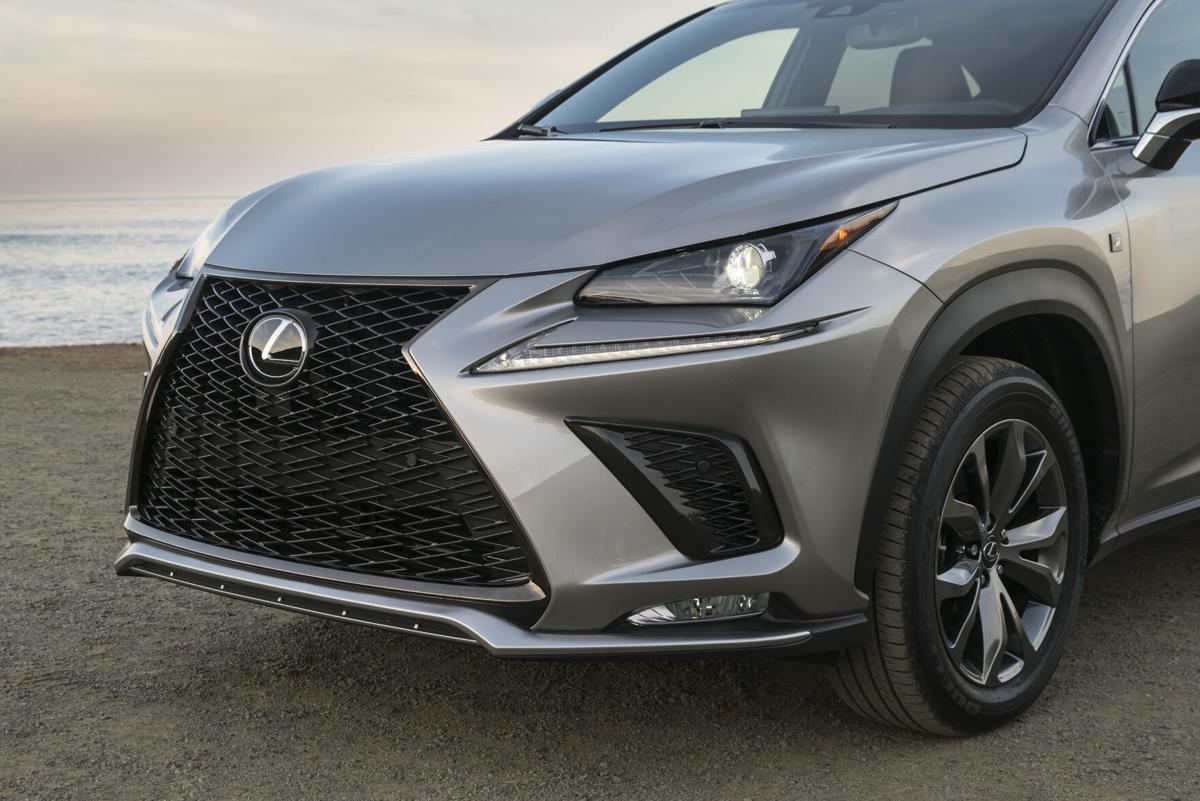 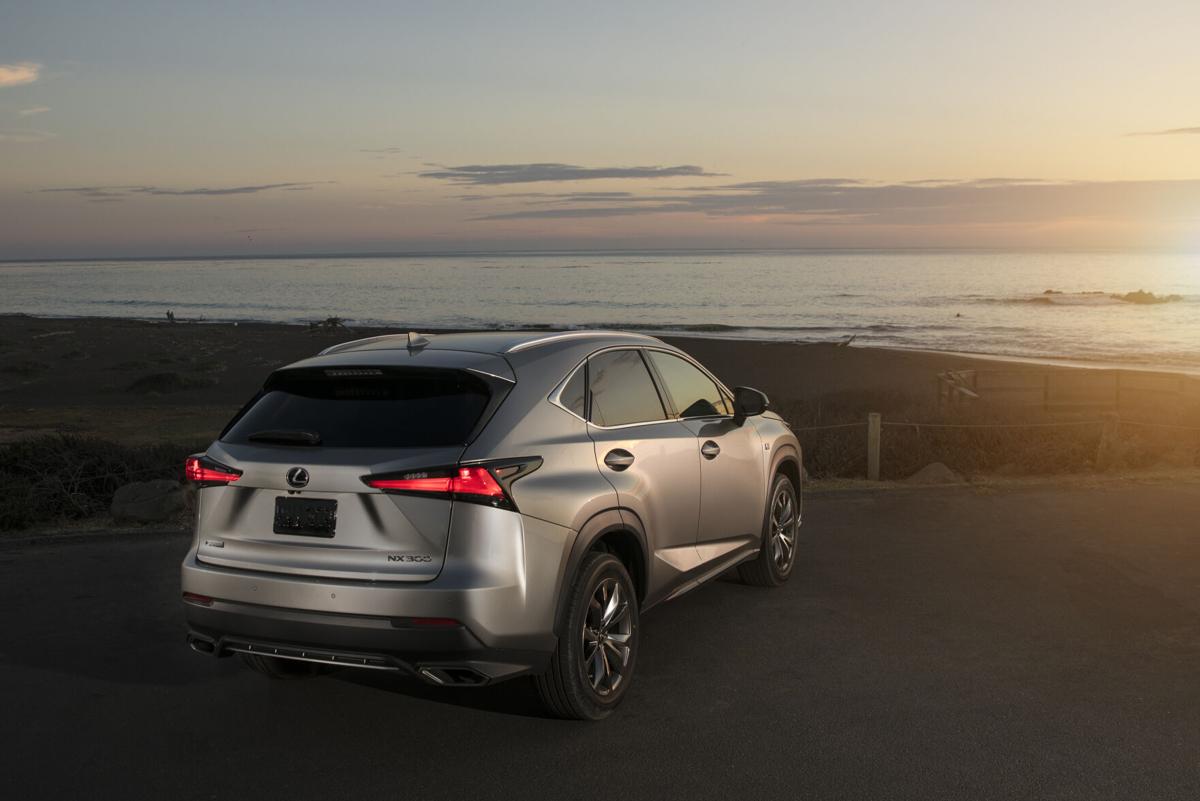 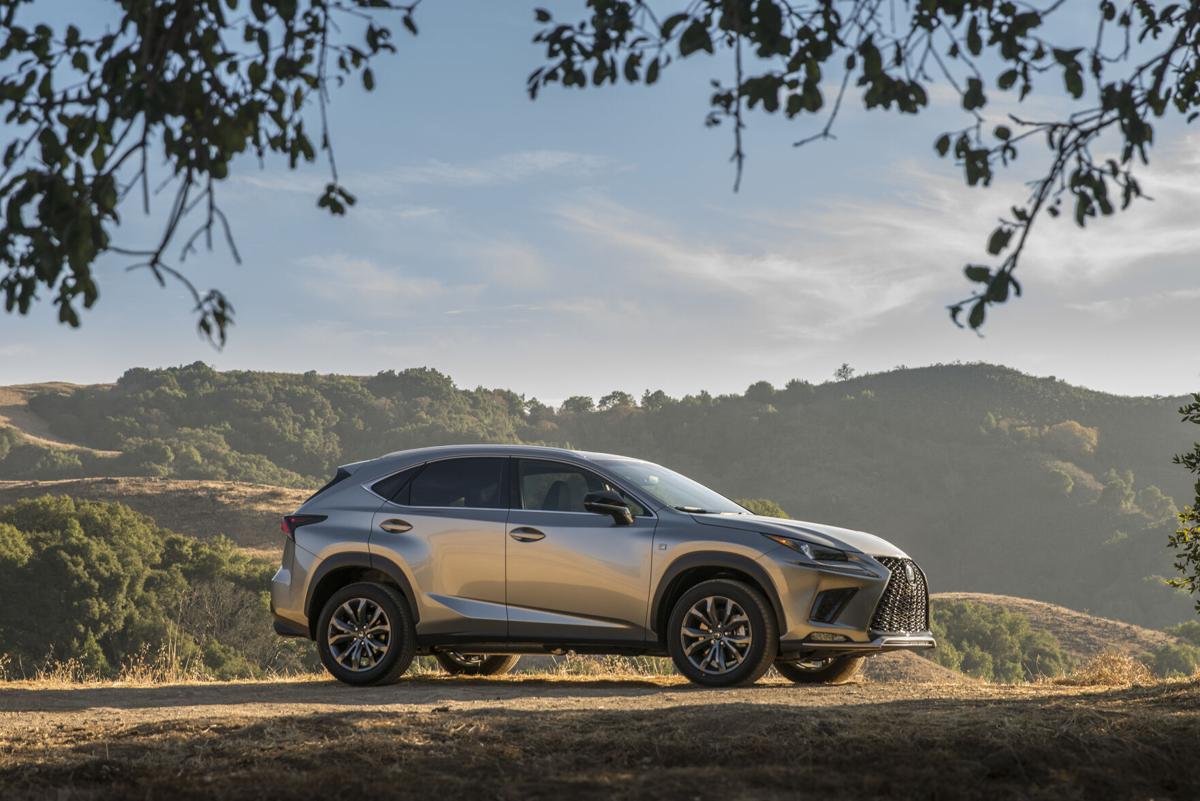 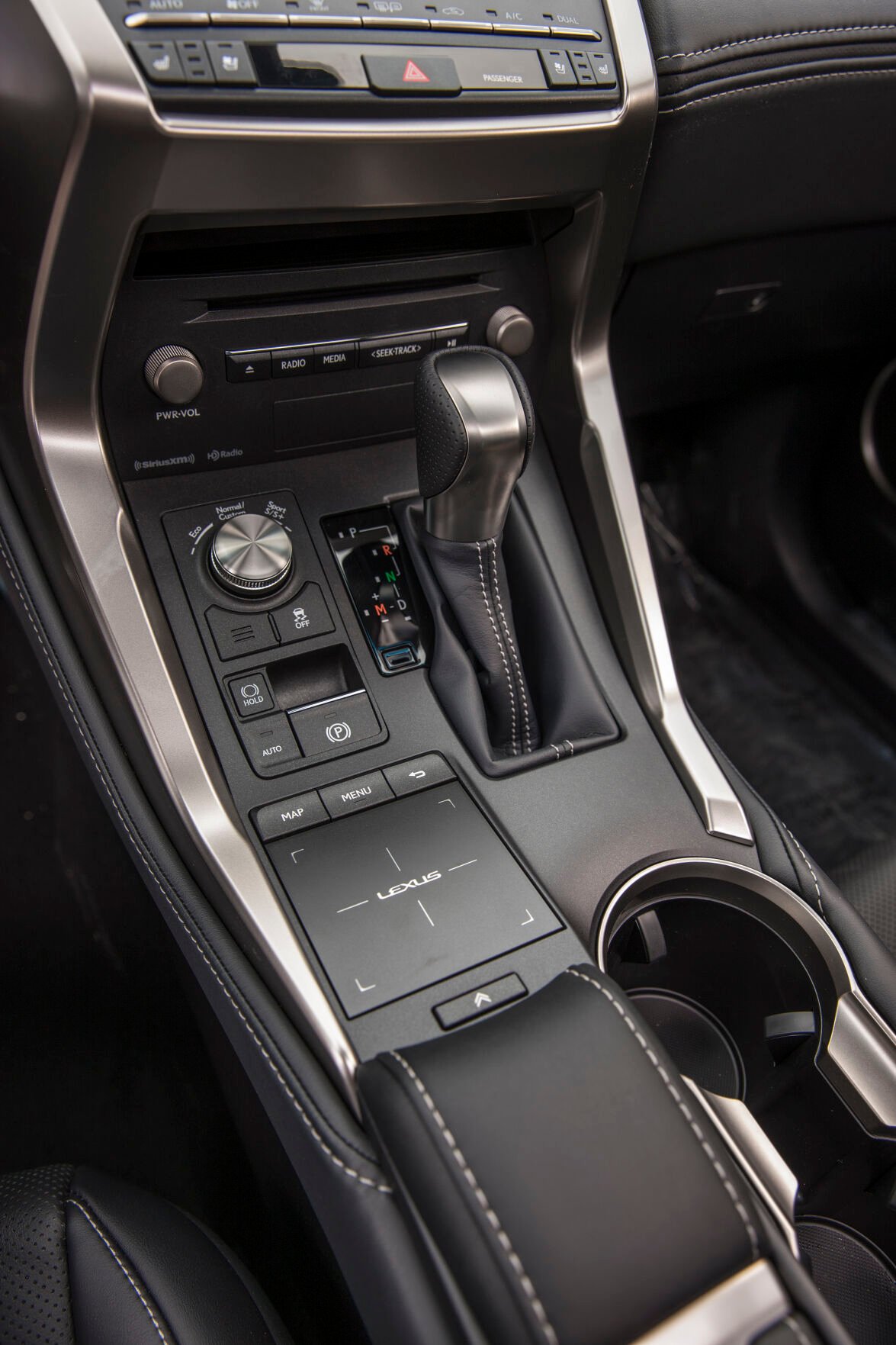 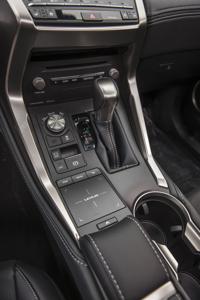 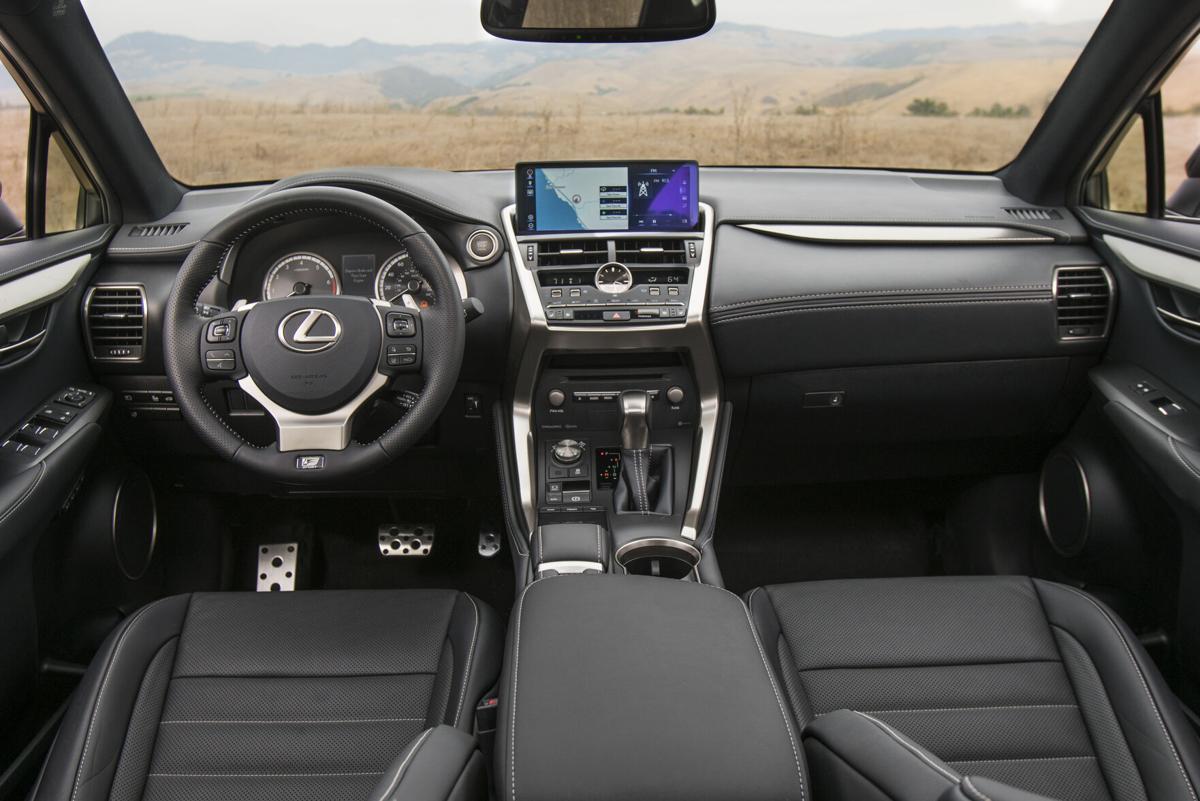 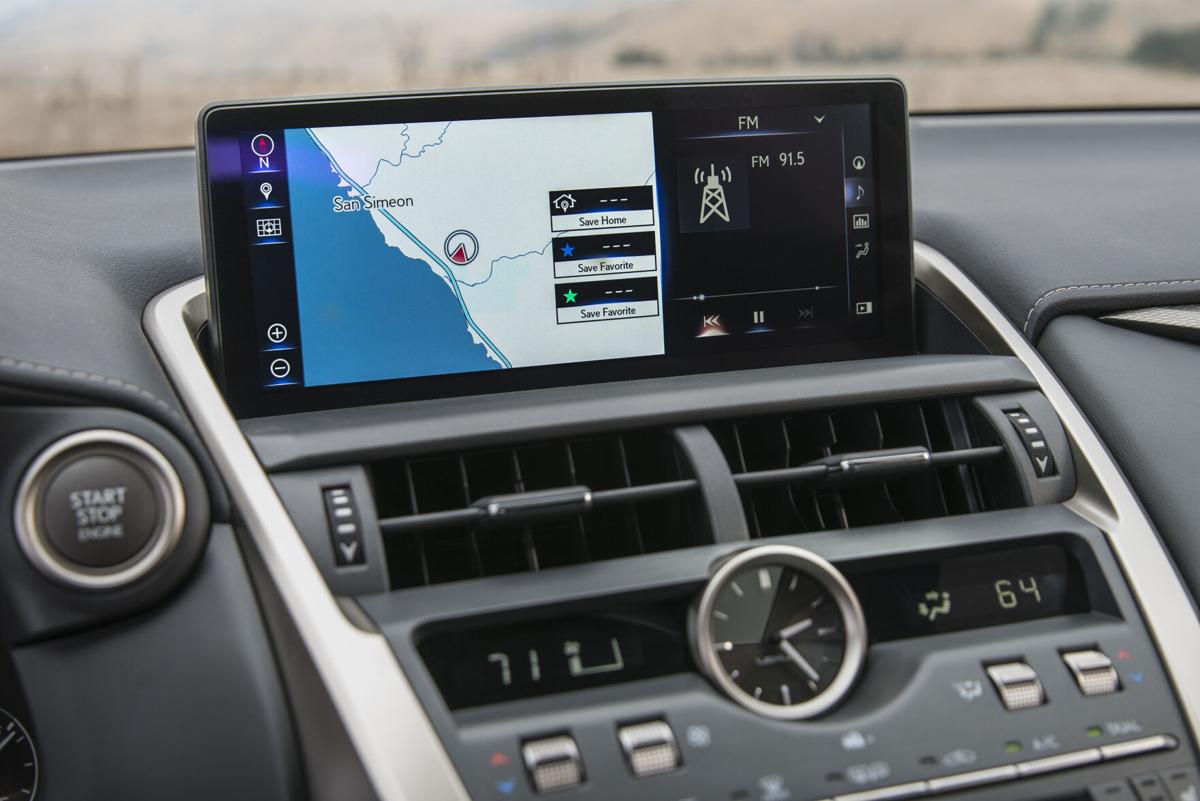 In the automotive world, the term “sport” often gets thrown around with abandon. There is nothing inherently “sporty” about the Rogue Sport, Nissan just used the term to denote it was smaller than the standard Rogue.

The sport designation implies that the car in question could handle corners fairly well, but the Isuzu Rodeo Sport could fall over turning into a parking space.

Then you have Lexus’ approach, which is to throw the “F Sport” label on its models that have been tuned for better handling over its stablemates when driven with fervor.

Unfortunately, this doesn’t always relate to a what most of us deem truly “sporty” — generous speed, or at least a general peppiness, and notable handling and overall performance with sharp looks.

Now, the NX 300 F Sport certainly has good looks. It’s chiseled and aggressive from all angles with a unique grille, lowered bumpers and taillamps, a larger exhaust opening and 18-inch alloy wheels that fit the “sporty” bill.

But compared to some its competitors — the BMW X1/X2 and Mercedes-Benz GLA/GLB— the Lexus lacks verve when driven with gusto.

Its 2-liter, turbocharged inline-four engine has a enough power with 235-hp available, but it lacks some initial punch accelerating through corners, and 0-60 times are well behind those of the Germans. Those bendy bits also reveal significant understeer despite the F Sport’s adaptive suspension and available all-wheel drive.

The 6-speed automatic is mostly smooth on the daily trek, but again, it’s a bit of a letdown in sporty driving situations with its reluctance to shift down.

The NX drives more like an SUV than its counterparts, which are more like hatchbacks wearing high heels. While that negatively impacts the 300’s handling prowess, it is a boon for those who put a premium on a taller ride height and seating position.

So, the F Sport designation may be of a bit misnomer on the NX 300, and it’s not its only downfall.

When shopping around, the NX’s tiered center stack is beginning to look outdated. With its more SUV-focused designed, the Lexus provides more legroom and headroom than its rivals, but its rear cargo area isn’t quite as commodious, and hip/shoulder room can be a bit tight. Also, the available power-folding rear seats do not fold flat.

And, of course, there is Lexus’ touchpad infotainment controls. The automaker has continued to use the control system, which is frustrating to use and takes attention away from the road ahead, despite it being about as enjoyable as wearing wet socks.

However, not all is bad.

What the 300 lacks in athleticism, it subjectively makes up that shortfall with a helping of standard features, good noise cancellation, supportive seats and, of course, the dependability of Lexus.

Like much of the Lexus stable, the NX delivers a supremely quiet ride that shelters passengers from the outside world, and ride quality is supple.

There are a few bits of cheaper materials here and there, but more heavily touched surfaces are soft with a quality feel.

The NX has been slightly updated for 2021 and now offers blind-spot monitoring with rear cross-traffic alert as standard, along with power-folding, auto-dimming mirrors.

Lexus’ Safety System+ 2.0, which includes smart cruise control, lane departure warning and other driver’s aids, is standard, along with a Wi-Fi hotspot, 8-inch infotainment display (a 10.3-inch display comes with the Navigation Package) and a suite of connected apps.

Three gas-only and two hybrid trims are available. For non-hybrid buyers, the F Sport is an attractive choice with its, dare I say it, sportier looks and extremely comfortable and well-bolstered front seats.

The NX has its strong attributes, but when viewed against its counterparts, it loses some of its appeal. Its rivals are more fun to drive, more practical in certain ways, have more modern interior styling and easier-to-use controls.

But for those who value a more SUV-like driving experience with a comfortable and quiet ride, the NX is worth a look. But for a complete package in the segment, shopping around is advisable.

Overall: The Lexus NX provides a mostly serene driving experience on the daily trek, but when shopping around, it falls short on sportiness, some practicality and a modern cabin.