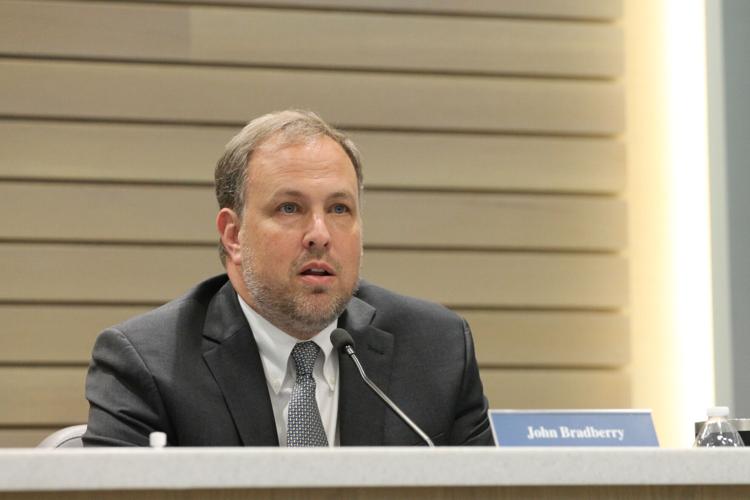 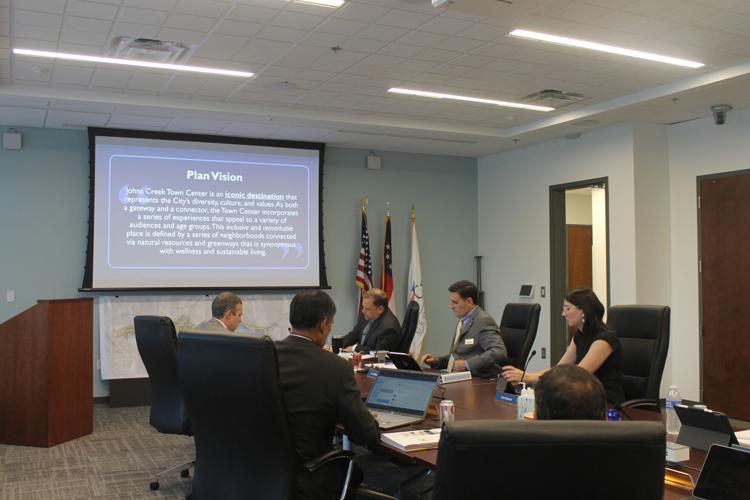 City Council members review and discuss the vision of the Johns Creek Town Center at a June 11 work session.

Their 10-year comprehensive plan was launched last fall and calls for a “vibrant” mix of residential, retail and entertainment – including greenspace – on some 192 acres around the city government complex.

At the work session, council members reviewed an updated plan on their intentions for the center.

Mayor John Bradberry said their goal is to be able to offer the best town center that serves as a focal point of the city.

“I’m committed to us having the best town center to-scale that’s unique and vibrant,” Bradberry said. “Johns Creek will see this town center come out of the ground during my term.”

Community Development Manager Ben Song said the property directly behind City Hall – known as Creek Side Park – is under development and part of the town center plan. It will include a gazebo and other public sites.

“We’re codifying those different elements of design as a precursor to the town center,” Song said.

The new code will be presented on Aug. 9 to the Planning Commission, then be referred back to the City Council by Aug. 29.

In other matters handled at the Monday meeting, council members discussed plans to increase law enforcement employees’ salaries for the 2023 fiscal year, which begins in October. Neighboring cities like Roswell and Alpharetta have already implemented a pay increase for police personnel. The city of Alpharetta approved a 10 percent pay increase last fall.

And on Monday, the Dunwoody City Council unanimously approved a 6 percent pay raise for all police officers, detectives, sergeants and lieutenants. These increases are on top of the city-wide adjustments of 3 percent at the start of 2022. All other city personnel will receive a 4 percent raise.

Bradberry said with the fierce competition for qualified law enforcement personnel, Johns Creek must continue to compete for the best officers. City officials have yet to determine a revised pay scale for police in the upcoming budget.

North Metro Atlanta cities are scrambling to recruit police officers and hang on to those they have by increasing compensation as vacant positions become more prevalent.