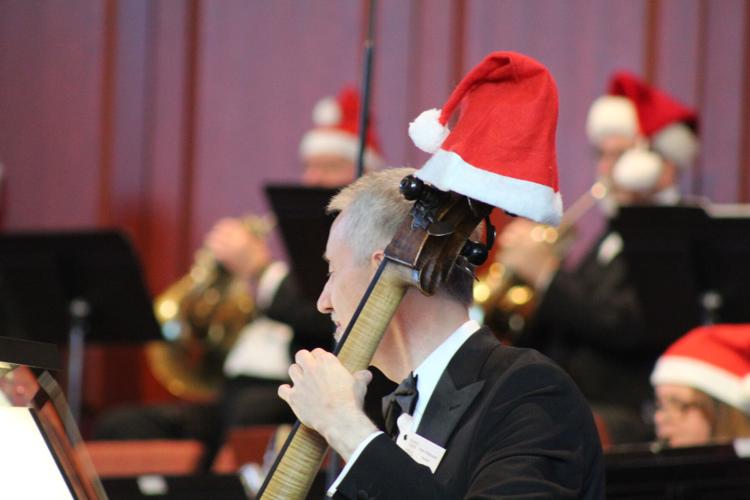 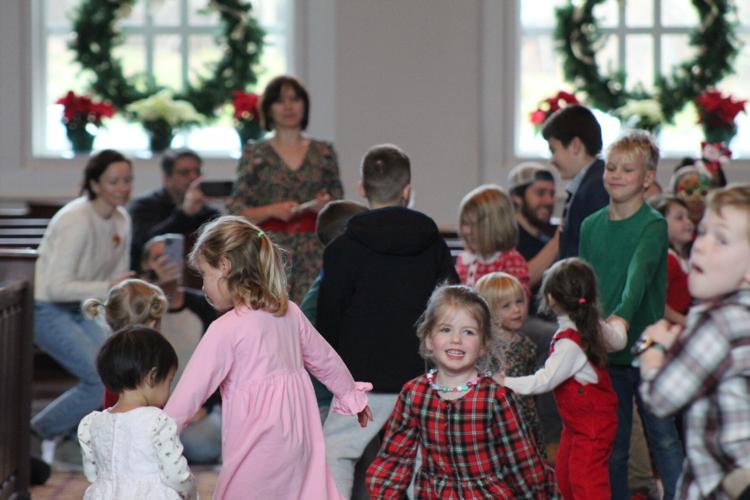 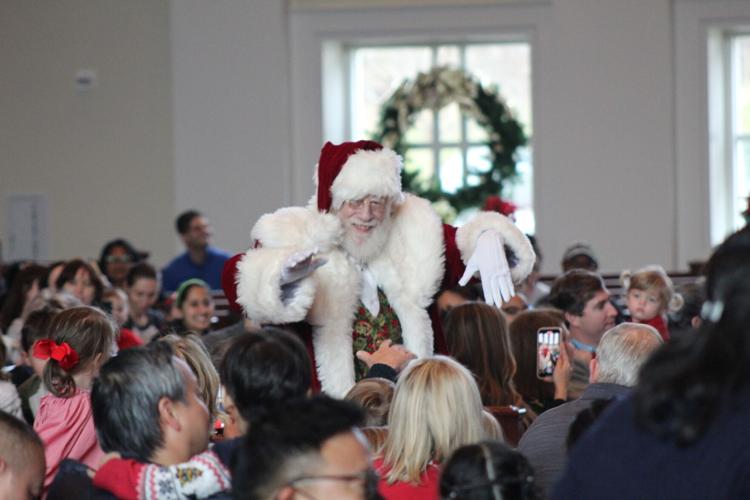 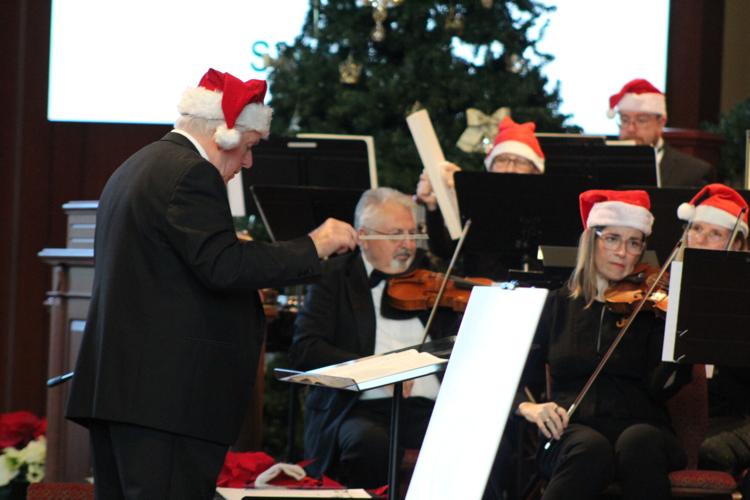 Wayne Baughman, Johns Creek Symphony Orchestra conductor, leads the orchestra in its Dec. 17 performance, “A Kids’ Christmas.” The concert, held at the Johns Creek United Methodist Church, was sensory-friendly, open to the “nontraditional concertgoer,” like children with autism as well as individuals with Alzheimer’s, dementia or other special needs.

Assaf was the host of the Johns Creek Symphony Orchestra’s (JCSO) Dec. 17 performance, “A Kids’ Christmas” — a sensory-friendly concert, open to the “nontraditional concertgoer,” such as children with autism and individuals with Alzheimer’s, dementia or other special needs.

After Assaf’s announcement, Santa entered the room, greeting the audience as he walked down the aisle to banter with JCSO Conductor Wayne Baughman. Many little ones clung to Santa, who told Baughman he was 714 years old.

Unlike most orchestral performances where audiences are expected to be more reserved, JSCO Executive Director Linda Brill encouraged dancing. A designated dance zone, marked with a sign, was in front of the orchestra stage. Dozens of little ones took her up on the offer, prancing and twirling around in their holiday attire. Some parents joined in.

And when Assaf paused for story time, they sat in the same space intently listening.

The performance saw other surprises, like a parade led by Assaf and uniformed dancers from Dancers of Fleetwood Dance Center, who moved mechanically to “March of the Toys” from “Babes in Toyland.”

“A Kids’ Christmas” also had sing-alongs to “Deck the Halls” and “Jingle Bells.” The orchestra played other favorites, too, like “Rudolph the Red-nNosed Reindeer.”