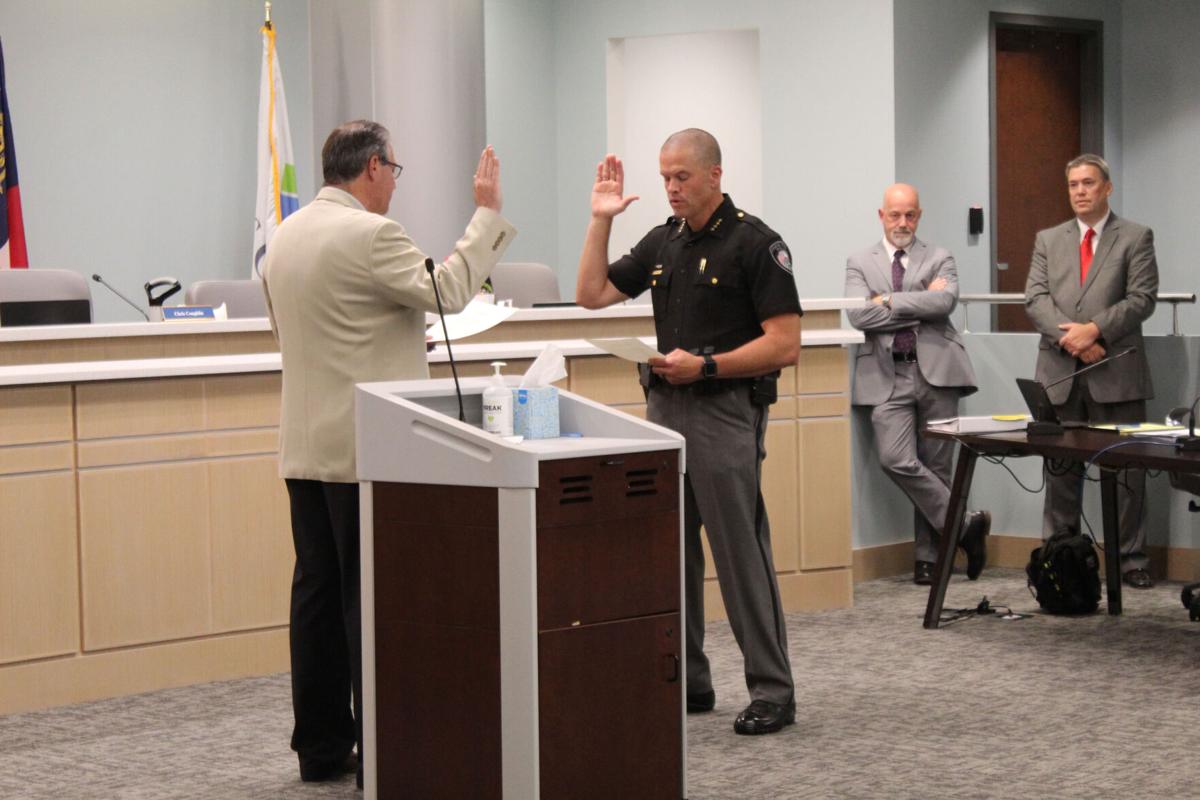 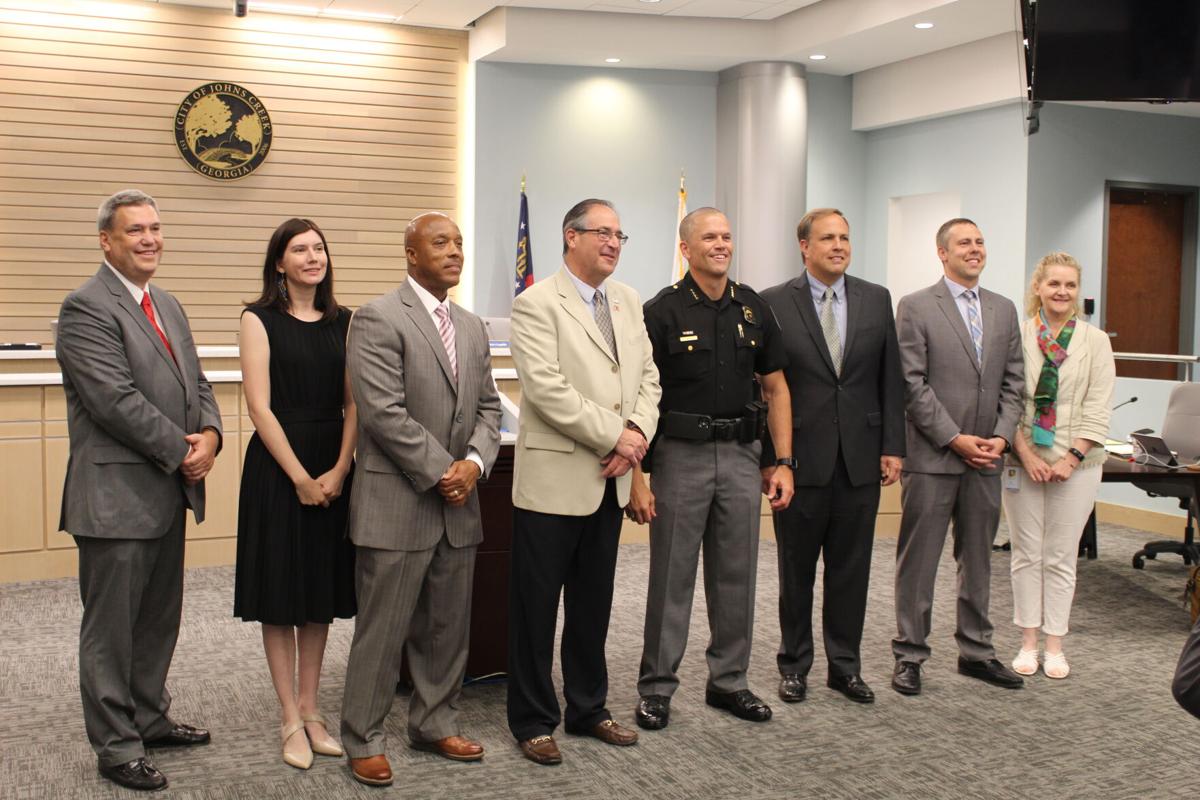 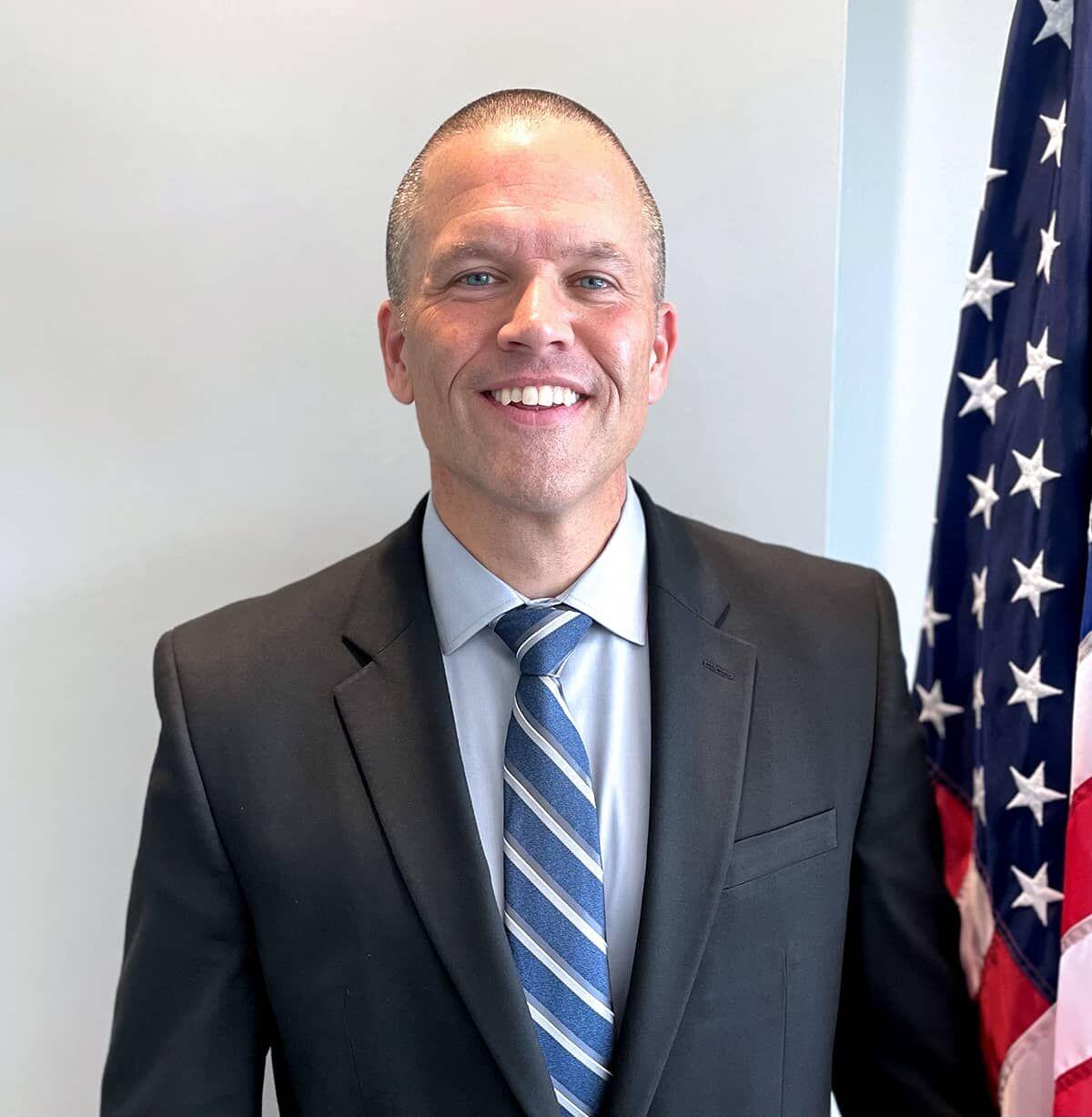 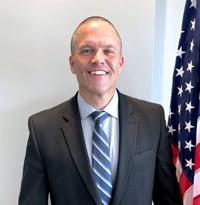 City Manager Ed Densmore, who served 12 years as Johns Creek’s first police chief, led the search, enlisting the help of the International Association of Chiefs of Police for the nationwide search.

“We chose [IACP] specifically because they offered to do a turnkey selection process,” Densmore said. “And they were one of the few [third party search firms] that were able to incorporate community feedback using surveys and those types of functions that we were specifically looking for.”

Drawing from the city manager, the City Council and survey responses from the community, the organization began compiling an ideal candidate profile. The community survey, conducted through the city’s website, drew 456 resident responses, according to Johns Creek Communications Director Bob Mullen.

Johns Creek in 2020: City reacts to pandemic amid police controversy

The IACP screened applications and shared a shortlist with Densmore. At the same time, three panels of five members each were assembled for preliminary interviews with candidates. The first panel, Mayor Mike Bodker said, was composed of citizens who were either nominated by City Council members or who had expressed interest in joining the process. Those candidates were then screened and approved by the IACP.

Each panel interviewed four candidates, drafted a list of pros and cons for each, and submitted their findings to Densmore, Bodker said.

The city manager then met with the candidates several times before extending the offer to Mitchell and submitting his nomination to the City Council on June 7. Densmore said he considered the input from the community survey and from the three panels to form a desired candidate profile. He also registered informal conversations he’d had with residents throughout the search process.

“It really kind of boiled down to somebody who could restore some of the trust, help with the morale of the department… somebody who had a passion for the position,” Densmore said. “It was somebody who had been in that role before as a chief. Somebody of high ethical standards, somebody who can really show a pattern of being able to work with the community.”

For Mitchell, the decision to lead Johns Creek Police was not difficult.

“Johns Creek has always had a very excellent reputation in the law enforcement community as one of the top-notch departments in the state,” Mitchell said. “The more I went through the interview process, the more intrigued I was about the department, the more I wanted to be part of the organization.”

Mitchell joins the department with 28 years of law enforcement experience, having served as chief of police for the City of Canton and most recently as the chief of staff for the Georgia Department of Juvenile Justice.

Mitchell said his time with the Canton Police Department taught him a lot about the importance of building trust within the community and gave him the opportunity to put the pillars of 21st century policing into practice.

The phrase “21st century policing” comes from a task force formed during the Obama administration that established policing best practices.

Mitchell said he sees good implementation of the pillars in the JCPD already.

“I believe my experience, along with what this department already has, as it relates to that mindset for community, engagement and building partnerships in the community, may definitely be a good marriage,” Mitchell said.

The partnerships between the community and police are important, Mitchell said.

“We can sit here and talk about community policing all day, ‘It’s what we’re going to do, this is what we can do,’ and all that,” Mitchell said. “We’ve got to follow through with what we say we’re going to do, to continue to build that trust and those partnerships because communication is going to be the biggest key.”

Trust in the JCPD was damaged in the wake of the former chief’s exit last August. Before quietly settling with the city for $325,000 and resigning, Byers was investigated and found guilty of sexual harassment within the department.

Mitchell said he plans to uphold a zero-tolerance policy for sexual harassment that was maintained during Interim Police Chief Roland Castro’s administration.

“That’s something we would not tolerate here at the Johns Creek Police Department at all,” Mitchell said. “So, maintaining that standard, maintaining the professionalism of the organization, and making sure that it doesn’t matter who you are, what race, what gender you are. Here in this department, you know that you can come to a safe work environment, a successful work environment, without being harassed in any way.”

The road back to positive community relations is a long one, but Mitchell said he is determined to build that bridge.

“This is not an overnight thing,” Mitchell said. “But it’s a daily thing, a daily reinforcement, daily consistency, because we want our citizens to say, ‘That police department has our best interest at heart. They’re going to professionally and procedurally treat us justly. And if they make a mistake, they’re going to tell us that they made a mistake… But they’re going to also put things in place to fix it.’”