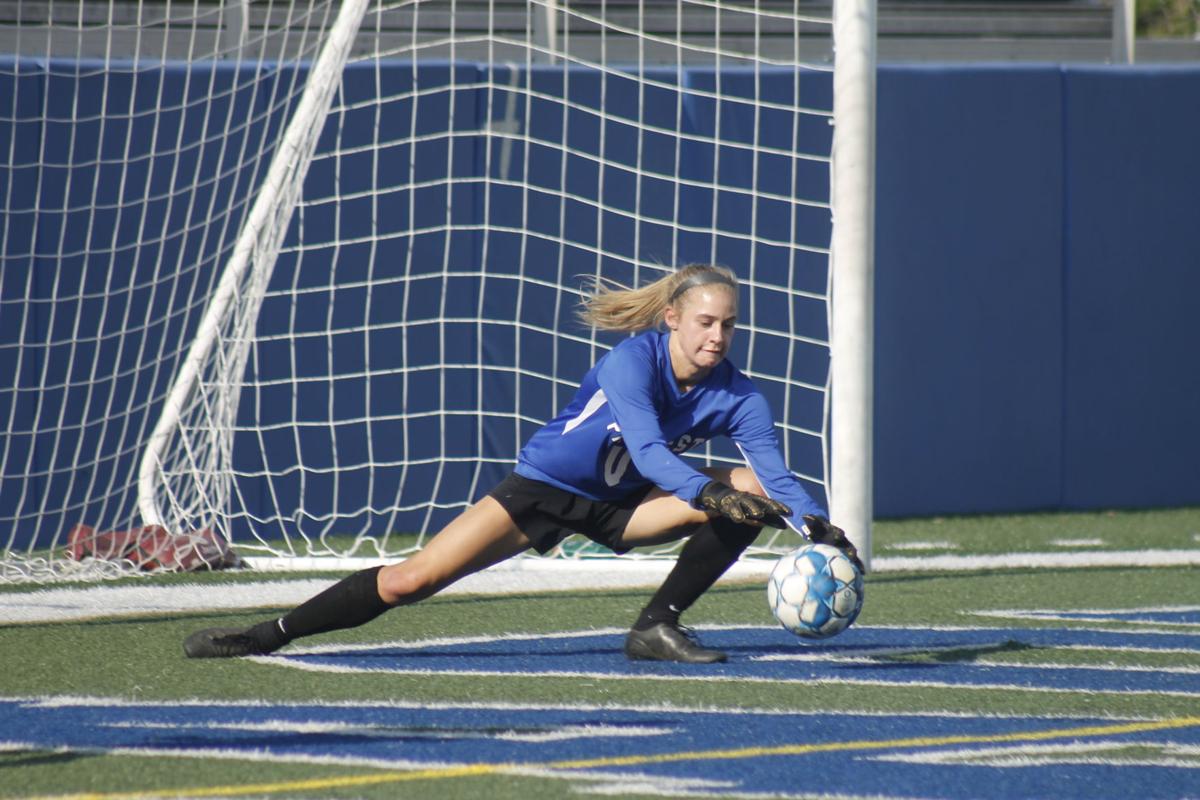 Pinecrest Academy goalkeeper Caroline Jeffcoat makes a save during the Paladins' 3-1 loss to Wesleyan in the Calss A-Private state finals May 16. 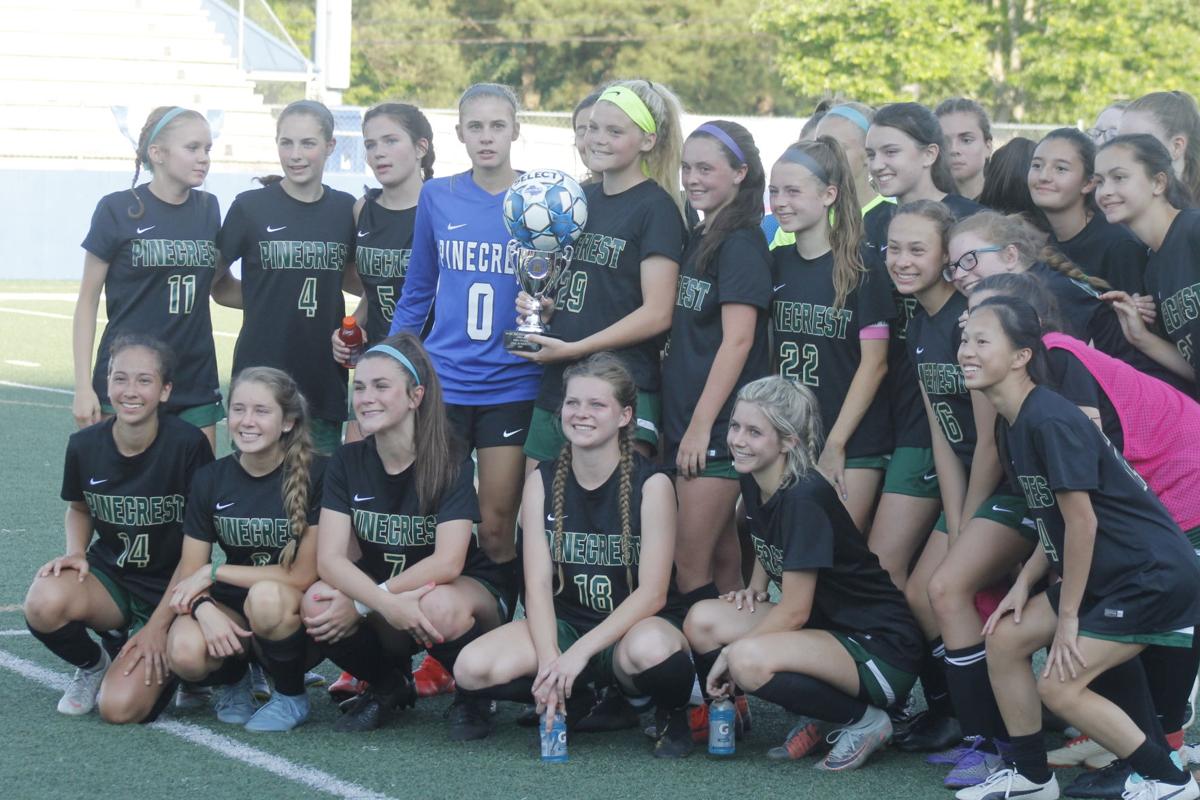 Pinecrest Academy players pose with the state runner-up trophy after falling to Wesleyan. 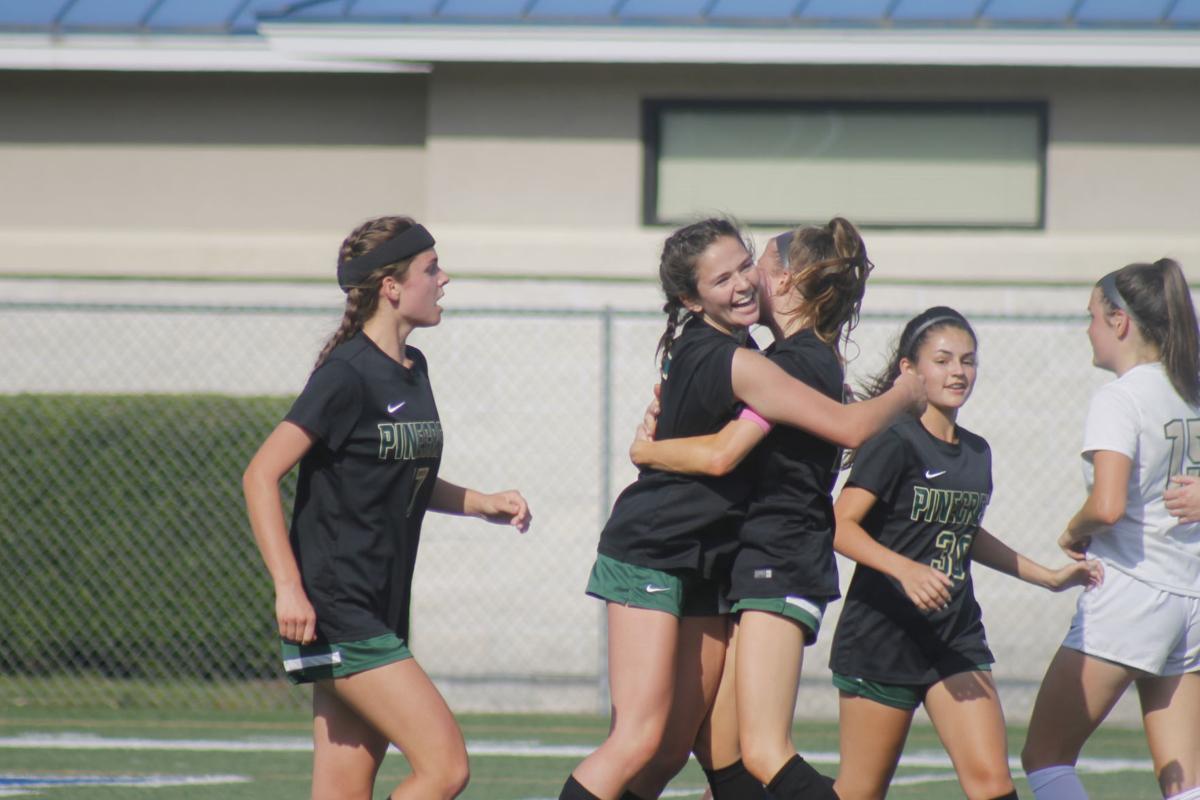 Pinecrest players celebrate a goal from Ivey Crain (middle) with 54 seconds remaining in the first half.

Pinecrest Academy goalkeeper Caroline Jeffcoat makes a save during the Paladins' 3-1 loss to Wesleyan in the Calss A-Private state finals May 16.

Pinecrest Academy players pose with the state runner-up trophy after falling to Wesleyan.

Pinecrest players celebrate a goal from Ivey Crain (middle) with 54 seconds remaining in the first half.

POWDER SPRINGS, Ga. — Pinecrest Academy’s first trip to the state finals ended in disappointment with the Paladins dropping their May 16 Class-A Private championship match with Wesleyan at McEachern High School.

“It’s really tough to play the worst half of your season in the first half of the state championship game, and that’s basically what happened,” Pinecrest head coach Domenic Martelli said.

Pinecrest’s first-half struggles began early with Wesleyan scoring just four minutes into the contest on a cutting shot through the box.

After jumping out to a 1-0 lead, the Wolves continued to mount offensive pressure and produce strong scoring chances by slicing Pinecrest’s defensive back line.

Midway through the second half Wesleyan found the net again. Paladins’ goalkeeper Caroline Jeffcoat made an athletic save on a hard shot in close, but Wesleyan’s Lucy Mitchell caught up to her own rebound and sent her shot into the net.

After their offense was stymied for 39 minutes, the Paladins cut the deficit with a goal from Ivey Crain with just 54 seconds remaining in the half. Pinecrest was awarded a free kick near midfield and Crain broke through Wesleyan’s wall to score with a header.

Crain’s goal was a much-needed lift for the Paladins, and Martelli said the momentum carried into the second frame. However, Wesleyan scored a brilliant goal midway through the second half and kept Pinecrest’s offense at bay.

“We adjusted, we had some life to get that goal at the end of the half, and we came out for the first 20 minutes [of the second half] and were really playing,” Martelli said. “We just couldn’t get a goal and our girls were done. We had two girls with illnesses, and we’re just not deep enough. Without us being on all pistons, it showed.”

Despite the frustrating end to their campaign, Martelli said he was still extremely proud of the season the program’s first trip to the state finals.

“How could you no be proud, we made it to the state championship for the first time,” he said. “The girls have to understand they gave it their all and there is nothing to be ashamed of. They just know we didn’t have that first half to get them going.”

Martelli is also confident a strong foundation has been set for the Paladins to continue their success.

“We’ve got some great returners, and though we have lost some seniors, I would not think it couldn’t be us and Wesleyan here again next year,” he said.