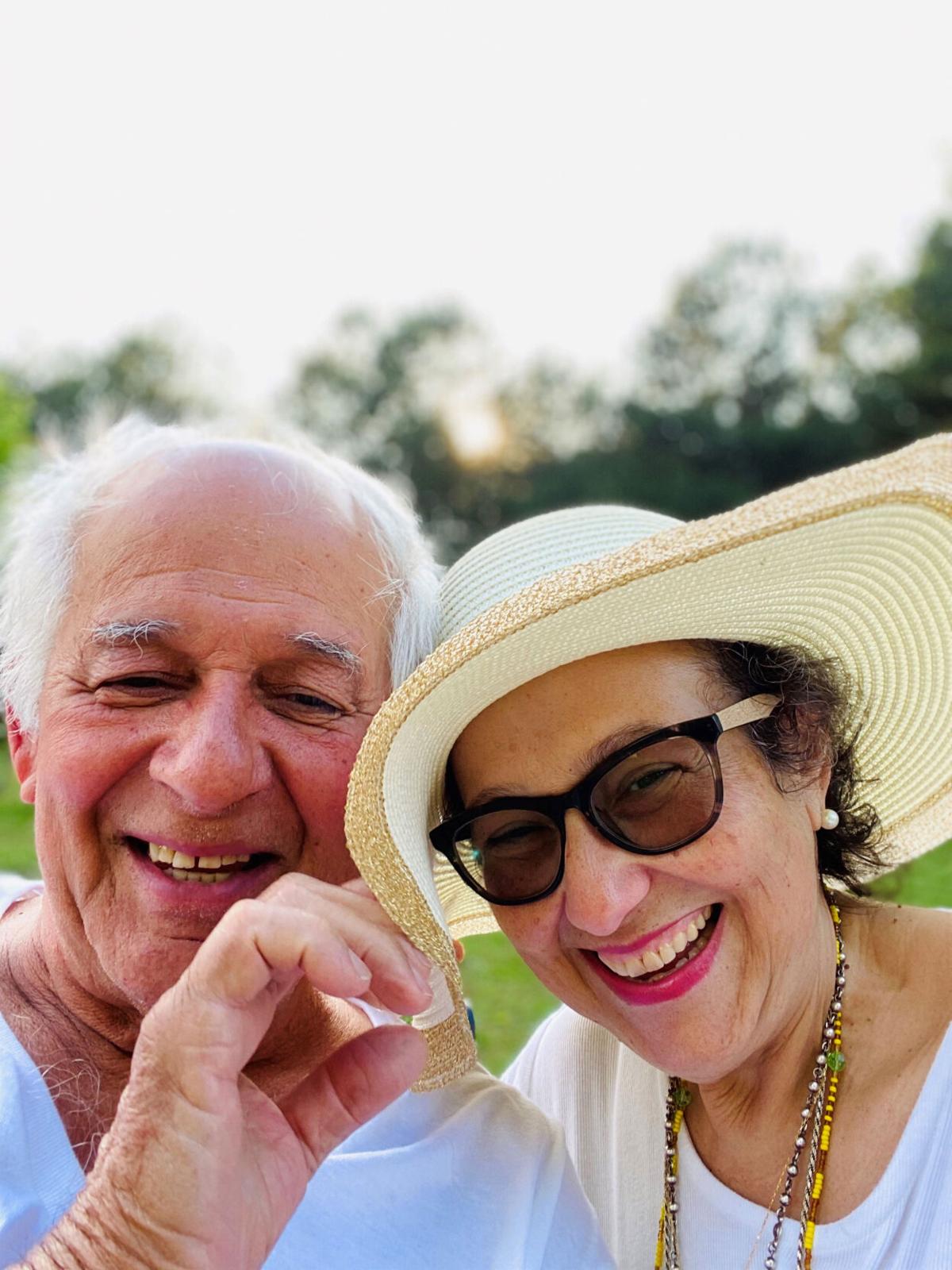 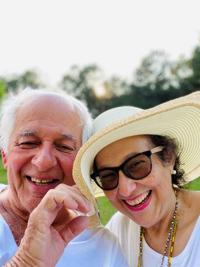 Antonio and Maria Fundora were married for 34 years, spending every day together from the first day they met. “He was my soulmate,” Maria said. 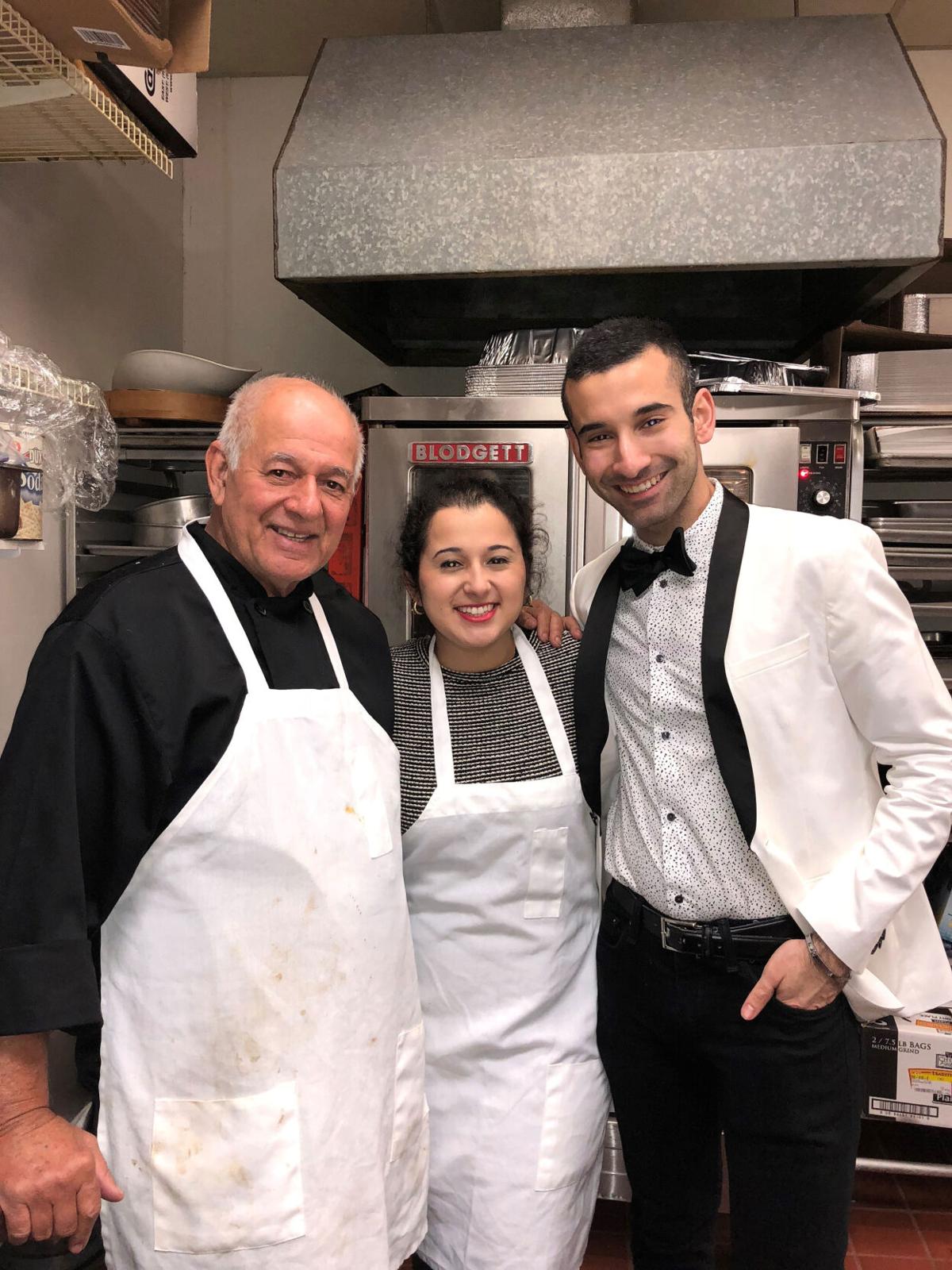 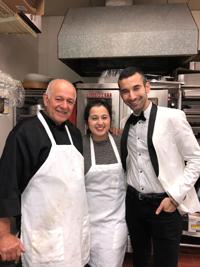 From left, Antonio, Cari and Alex Fundora smile in the Casa Nuova kitchen. In addition to being the owner, Antonio was the head chef of the Italian restaurant. 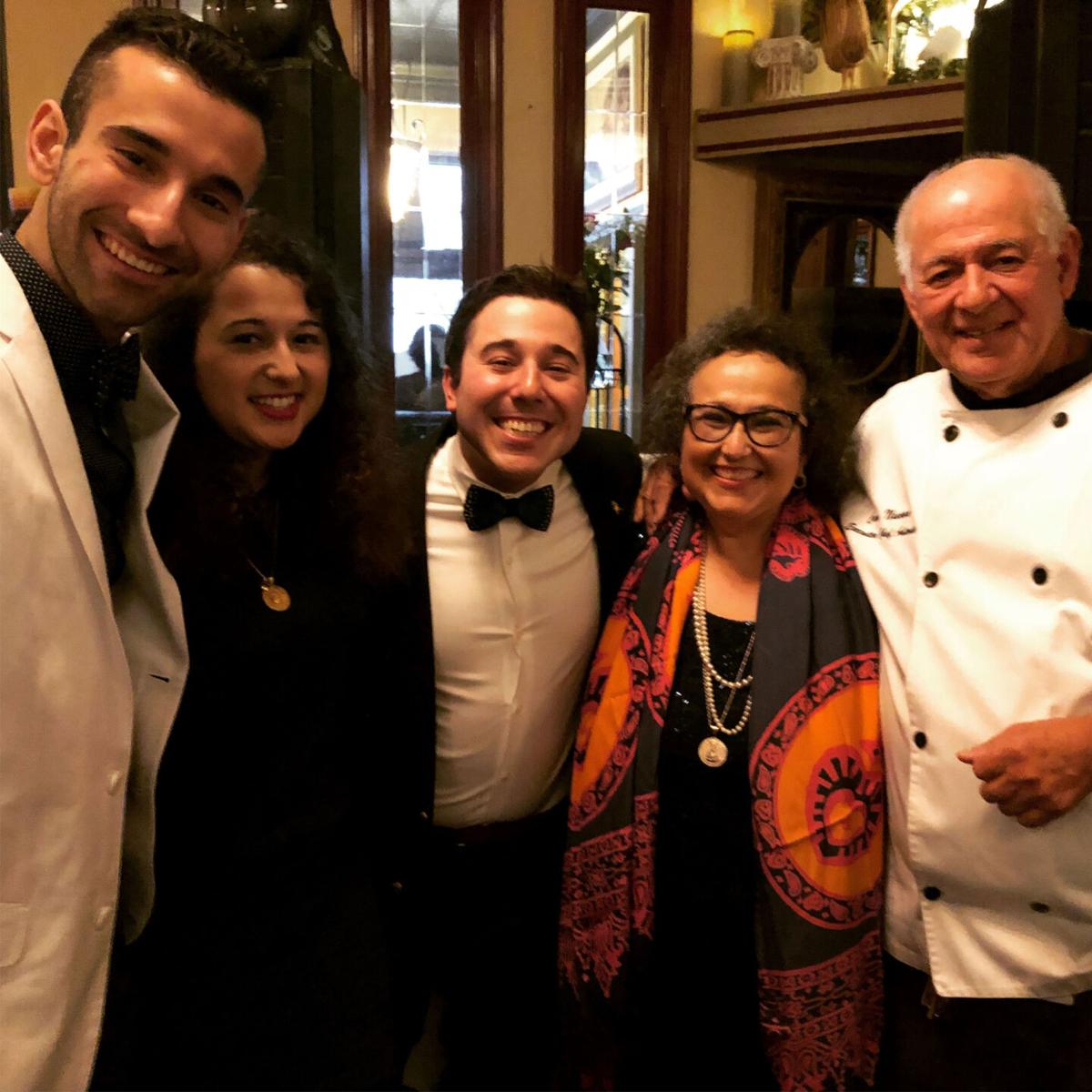 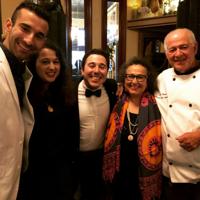 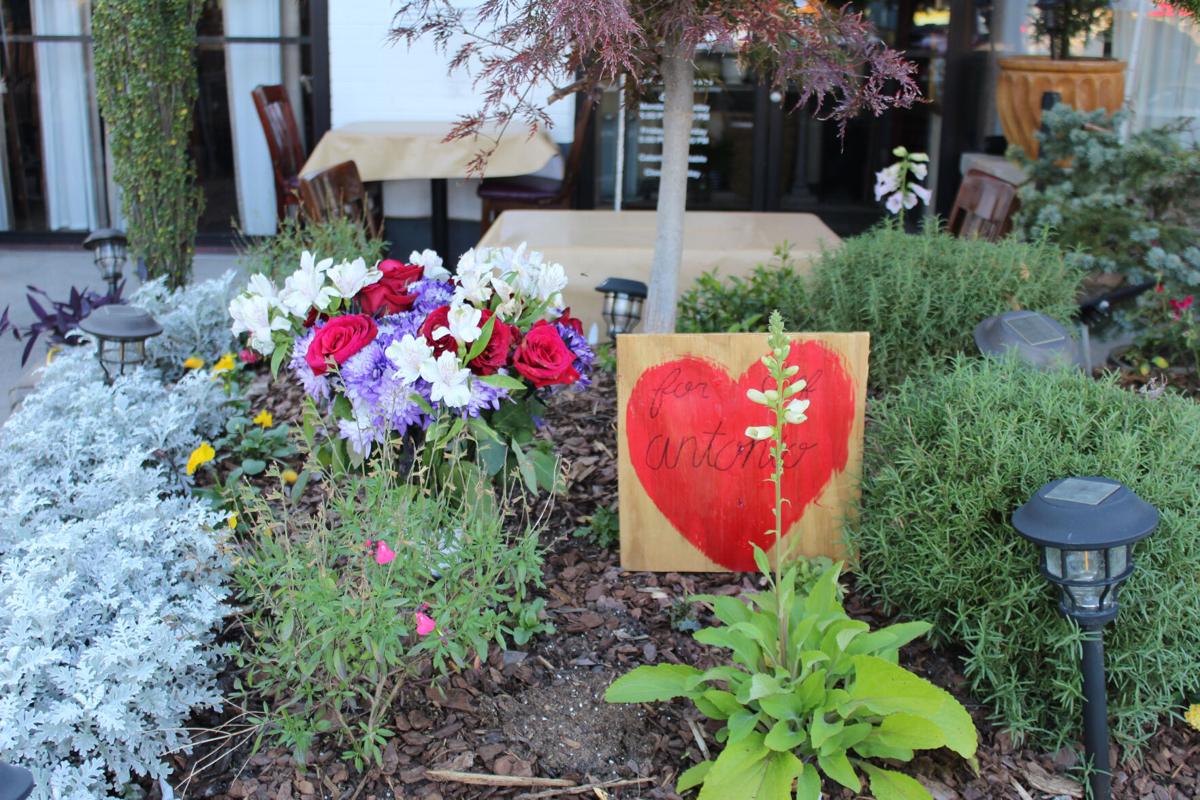 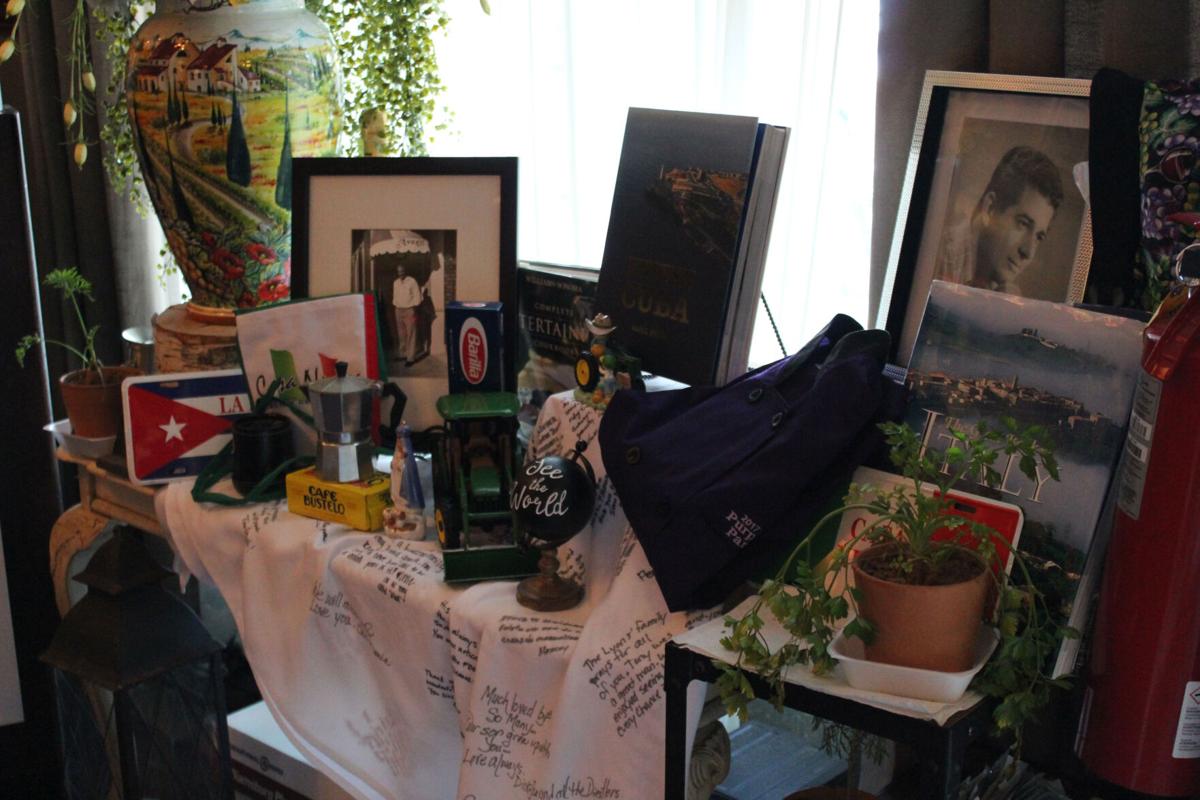 Inside the front door at Casa Nuova Italian Restaurant sits a table covered in items that honor and celebrate the late Antonio Fundora. Draped over the table is a tablecloth that was signed by many of the more than 700 attendees of Fundora’s funeral. 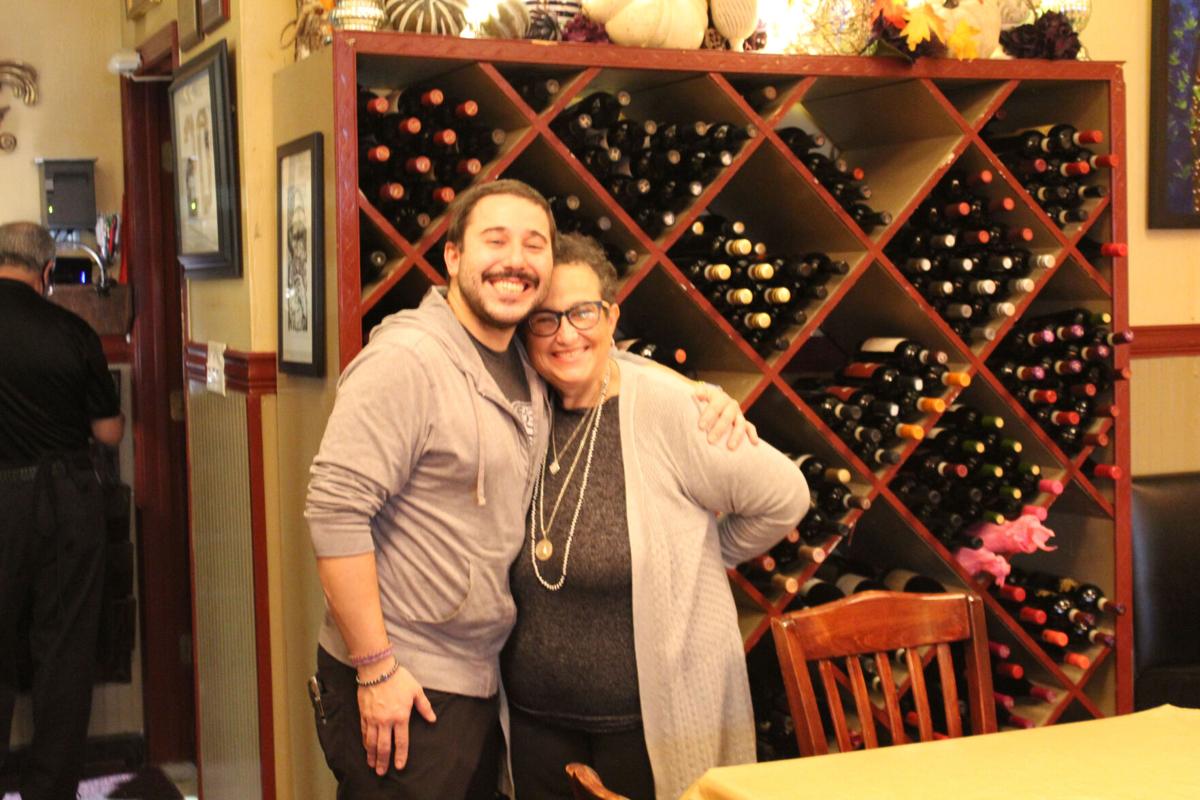 Pepe and Maria Fundora smile at Casa Nuova Italian Restaurant Nov. 10. Pepe joined his mother and his late father, Antonio, as a business partner and now runs the restaurant with Maria.

Antonio and Maria Fundora were married for 34 years, spending every day together from the first day they met. “He was my soulmate,” Maria said.

From left, Antonio, Cari and Alex Fundora smile in the Casa Nuova kitchen. In addition to being the owner, Antonio was the head chef of the Italian restaurant.

Pepe and Maria Fundora smile at Casa Nuova Italian Restaurant Nov. 10. Pepe joined his mother and his late father, Antonio, as a business partner and now runs the restaurant with Maria.

FORSYTH COUNTY, Ga. — About a month before he passed away of a heart attack, Antonio Fundora pulled his wife Maria aside for a private conversation.

“Mara” is what he called her.

“I punched him in the shoulder, and I said, ‘What are you talking about?’ and he said, ‘I’m sorry that I’m going to be leaving you so soon. That I’m not going to be with you. I’m so sorry that I won’t be with you into old age. But I just want you to know that I will love you until my last dying breath. And you’ll have the kids, the kids will get you through this when I’m gone.’”

The conversation, Maria said, was out of the blue. They had no idea that just a few weeks later, Maria would be leaning on her kids for support and Antonio would be gone.

“I don’t know if he knew, if he had not been feeling well,” Maria said. “But it was like he was preparing me for what could happen.”

Since his death on Oct. 22, Maria has been trying to stay positive, taking each moment as it comes.

Antonio was 78 years old, a giant in the Atlanta food scene, feeding patrons since opening his first restaurant, Alfredo’s, on Cheshire Bridge Road in 1974.

Originally from Havana, Cuba, Fundora immigrated to the United States in 1962, becoming a citizen 14 years later.

In the interim, he worked long hours, saving up enough money to bring 56 family members from Cuba to the U.S. in a seven-year period.

Before landing in Atlanta in 1967, Fundora spent time in New York City and West Palm Beach, Florida, gaining experience in the hospitality business.

He worked his way up from dishwasher to chef, before setting out on his own and opening Alfredo’s.

Motivated by the success of his first venture in the restaurant business, Fundora opened Avanti’s four years later in 1978, then Antonio’s Bakery in 1980 and Tony’s Casa Napoli in 1982.

In 1987, Antonio was set up with Maria on a blind date, and the rest is history. Two and a half months later, they were married, and a partnership was forged.

“From the moment that we met, we saw each other every day until he passed away,” Maria said. “He was my soulmate.”

Maria, who had also immigrated from Cuba with her family, said their shared culture and heritage helped them to “click” so quickly.

At the time, Maria was not in the restaurant business, but she knew it well. Her father was a restauranteur in Chicago when she was growing up, and she had sworn to herself that she would never marry anyone in the business.

She laughed, recounting another promise she made to herself: not to marry anybody from Cuba. Nevertheless, they fell in love.

Just two years into their marriage, they opened their first restaurant together called Avanti’s Pescevino, where Antonio served as head chef, with Maria running the business side.

In 1992, the couple opened Tony’s Farmer’s Market before opening their dream restaurant, Casa Nuova Italian Restaurant, in Alpharetta in 1998.

“He loved this industry. He loved hospitality,” Maria said. “It had given him the opportunity to meet so many different kinds of people. He said, ‘This is what I know how to do. And this is how we make our living.’”

Antonio didn’t just make a living though. He was an innovator in the field.

“He opened the first restaurant in Atlanta with an open kitchen which was unheard of in this city. And we did that in March of 1989,” Maria said. “First farm-to-table in Atlanta was Casa Nuova. He always thought outside of the box.”

Each of his ventures had the same three ingredients, regardless of menus and venues.

“He always said to me there were two things that we must always do: ‘provide excellent, quality food… and service,’” Maria said. “’If you do those two things, you will never fail.’”

The third ingredient: taking care of the staff.

Every day at 3:30 p.m., the Fundoras host a “family meal” for the entire staff before the restaurant opens for business.

“Loyalty and being there for people when they needed you most,” Maria said, were two of the values the couple brought into every business venture.

Ricardo Olano began working with Antonio in 1978. Antonio and his family, he said, are what has kept him on staff for 43 years.

Casa Nuova is a true family business. Antonio and Maria’s son Pepe and daughter Cari both work at the restaurant. Pepe serves as a business partner to his mother. Their third and youngest son Alex is studying at the Savannah College of Art and Design.

“We raised our children very old school and I’m so glad we did,” Maria said. “Our three kids have such a work ethic. He was an amazing father, strict… But he was always so good.”

The Fundora’s home was always open, Maria said. Before the COVID-19 pandemic, any given Sunday the house would be filed with friends from all different backgrounds.

The relationships Antonio built over his life were more than passing acquaintances. His friends continued to share their love for him and his family after his untimely passing.

“My children and I were so touched, we just couldn’t believe it,” Maria said. “It has given my family such peace to know that he was so loved and appreciated and thought of.”

Some attendees of the visitation, Maria said, waited in line two hours to say goodbye to Antonio and express their condolences to the family.

“People whose lives he touched came out to pay their condolences and their respects like nothing that we expected,” Maria said.

The loss and its wound are still fresh for Maria, her family and those who loved Antonio, but Maria said she’s comforted by the love and time the two shared and the knowledge that she will see her soulmate again.

“We spent 34 beautiful years together,” Maria said. “So, I have to embrace that, I have to celebrate that and just be thankful for the time we had together.”