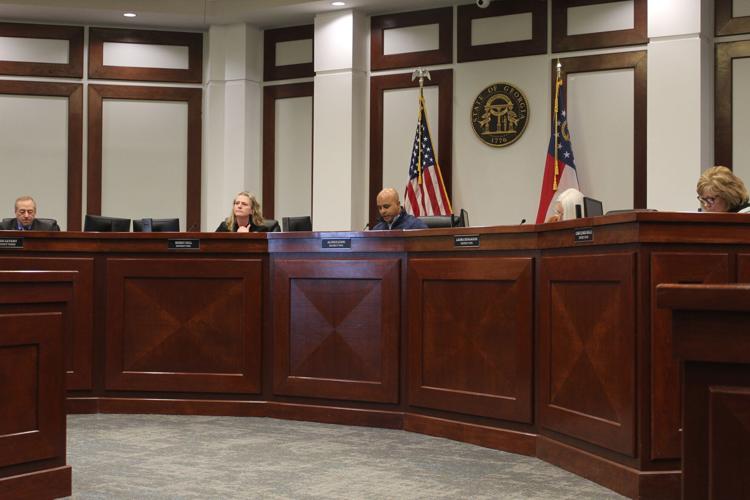 Forsyth County commissioners vote 4-1 to rezone some 37 acres of agricultural land to allow for an industrial park Jan. 19 at a public hearing at the county Administration Building. 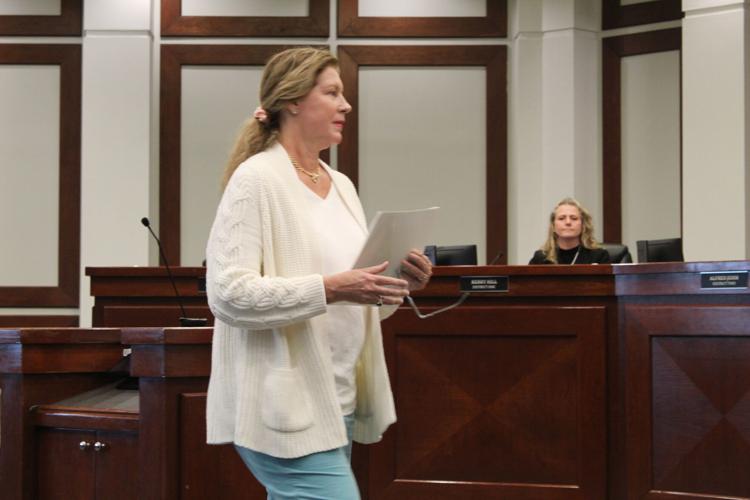 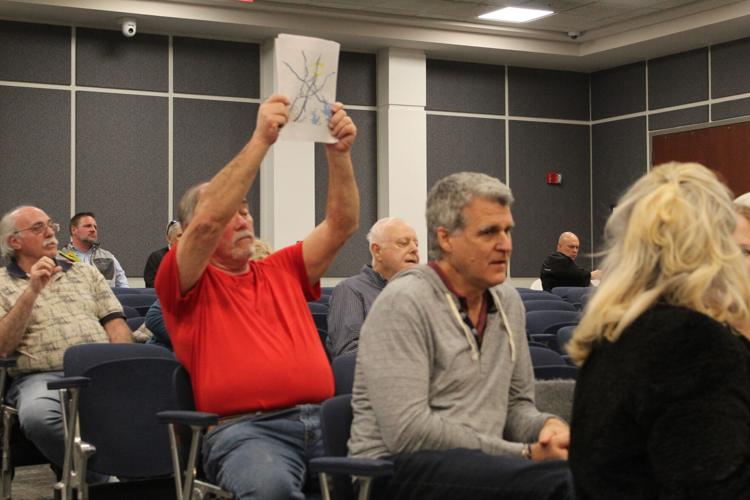 Drew Wade tells commissioners Jan. 19 that he has replaced 17 mailboxes in the past 25 years at his residence due to unsafe road conditions near where Pacific Group plans to develop a site for industrial use.

Forsyth County commissioners vote 4-1 to rezone some 37 acres of agricultural land to allow for an industrial park Jan. 19 at a public hearing at the county Administration Building.

Drew Wade tells commissioners Jan. 19 that he has replaced 17 mailboxes in the past 25 years at his residence due to unsafe road conditions near where Pacific Group plans to develop a site for industrial use.

FORSYTH COUNTY, Ga. — Forsyth County commissioners heard a chorus of disappointed cries and remarks from residents after approving an industrial space on about 37 acres near the Hampton Golf Village subdivision.

More than 10 residents of the neighborhood attended the Jan. 19 meeting requesting the board not rezone the lot from an A1 agricultural district to an M1 industrial district.

The board approved the rezoning project 4-1.

The industrial park, called Project Easy Wind in materials prepared by the Forsyth County Development Authority, is at 4730 Settingdown Road. The site is just over a mile away from Hampton Golf Village, the center of the Hampton subdivision.

“Settingdown Road east of [Ga.] 400 is not part of your commercial usage plan,” Hampton homeowner Drew Wade said. “It is not it. You’re going against what you voted for in Oct. 20, 2022.”

The board officially rejected a planned unit development rezoning for a 20,000-square-foot, mixed-use development at the Oct. 20, 2022, regular meeting and public hearing. The proposal was unanimously rejected Oct. 11, 2022, at a work session because the rezoning called for a higher density than the original land use plan.

Hampton neighborhood resident Brian Estes said the tax benefits of the project are speculative, and all opposing residents agreed real safety concerns would arise in the neighborhood if the motion was carried.

Hampton resident Andy Coleman said the Development Authority presented “grossly incorrect information.” He said there is an “ample amount” of vacant commercial space in Forsyth County, and the rezoning is unnecessary.

Coleman said Settingdown Road is being misrepresented. Residents of the area who publicly commented noted the road is narrow and winding, making it unsuitable for large trucks.

Hampton resident Sarah Coleman said there is a daycare, senior living, school bus stops and a library in the area, and she said increased traffic would raise safety concerns for children and the elderly.

“We’ll do anything to prevent those trucks going up and down that road that are unsafe for our children and our development,” Linda May told commissioners. “Help us out, people. We elected you guys for a reason: to support us.”

Developers at the Pacific Group agreed to provide an onsite traffic coordinator, signage and notices to truck drivers at the site to avert traffic from the neighborhood.

At its morning Jan. 19 meeting the Development Authority unanimously approved presenting the item to the County Commission. The industrial park comes after several tourism developments in the county last year, including the 10.6-acre Passport Springs and Spa and the SoFoSports Park.

According to an economic analysis report by the Pacific Group, the Easy Wind project will have $5.1 million in economic impact for the county over the following decade.