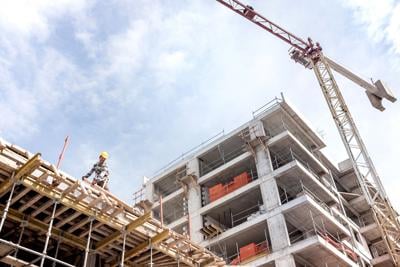 At the Board of Commissioners’ bi-monthly work session, Commissioner Todd Levent shared introduced the idea as a means of attracting more office growth in the county. He said many firms are looking outside of Atlanta for office space, specifically Class A, high-quality buildings, but the county’s height restrictions deter many from considering the area.

Currently, Forsyth County limits building heights in select areas to about 70 or 80 feet, about five or six stories. In other areas, maximum height is much lower.

“We have plenty of areas that are capped at 30, 40, 50 or 60 feet, so there’s range,” Planning and Community Development Director Tom Brown said.

While developers can request a variance to height limits, Levent said codifying an increase in allowed limits would be “one less hurdle” builders would have to cross in developing new office spaces.

Levent advocated for the county finding a balance between “a height that still makes us comfortable” that is also attractive to firms looking to relocate or open in the Forsyth, throwing out figures of possibly allowing for eight-, nine- or 10-story buildings.

“If you look at Alpharetta, they absolutely have those heights,” Levent said. “I believe they are eight, nine, possibly 10 (stories) even in their hotels, like the Marriot, and you look at Avalon. So, if we were going to try and compete with that, we need to be able to compete with that.”

None on the commission opposed exploring the idea, but some said they needed a better idea of what other moves the county would need to make in raising height restrictions.

Fire Chief Barry Head said his department’s ladder trucks can go up to 170-feet, but with curb setbacks and the angle of the ladder, that height is maxed out at six stories. The county would need to invest in additional equipment for the department, but Head was more concerned with the men and women battling a potential blaze.

“It takes a lot more bodies to deal with fires in high-rise buildings,” Head said.

The fire chief said his biggest concern would be the burden on firefighters to address fires on taller buildings, and he said the department would certainly have to “beef-up” its staffing.

Commissioner Laura Semanson said there are other things to consider, such as “sense of scale.” Semason said she would be more amenable to taller structures in the county in a mixed-use area, where surrounding buildings add scale, versus tall, stand-alone buildings.

“I certainly think in the right place they can certainly work, but we do have to understand all of the other things [allowing for taller buildings] sets into motion,” Semanson said.

Commissioner Molly Cooper agreed, stating she would like the county to attract high-quality commercial developments, but she wants more information on what that might entail down the road. She added she is “not saying no by any means,” but does not want negative fallout from something the board had not foreseen.