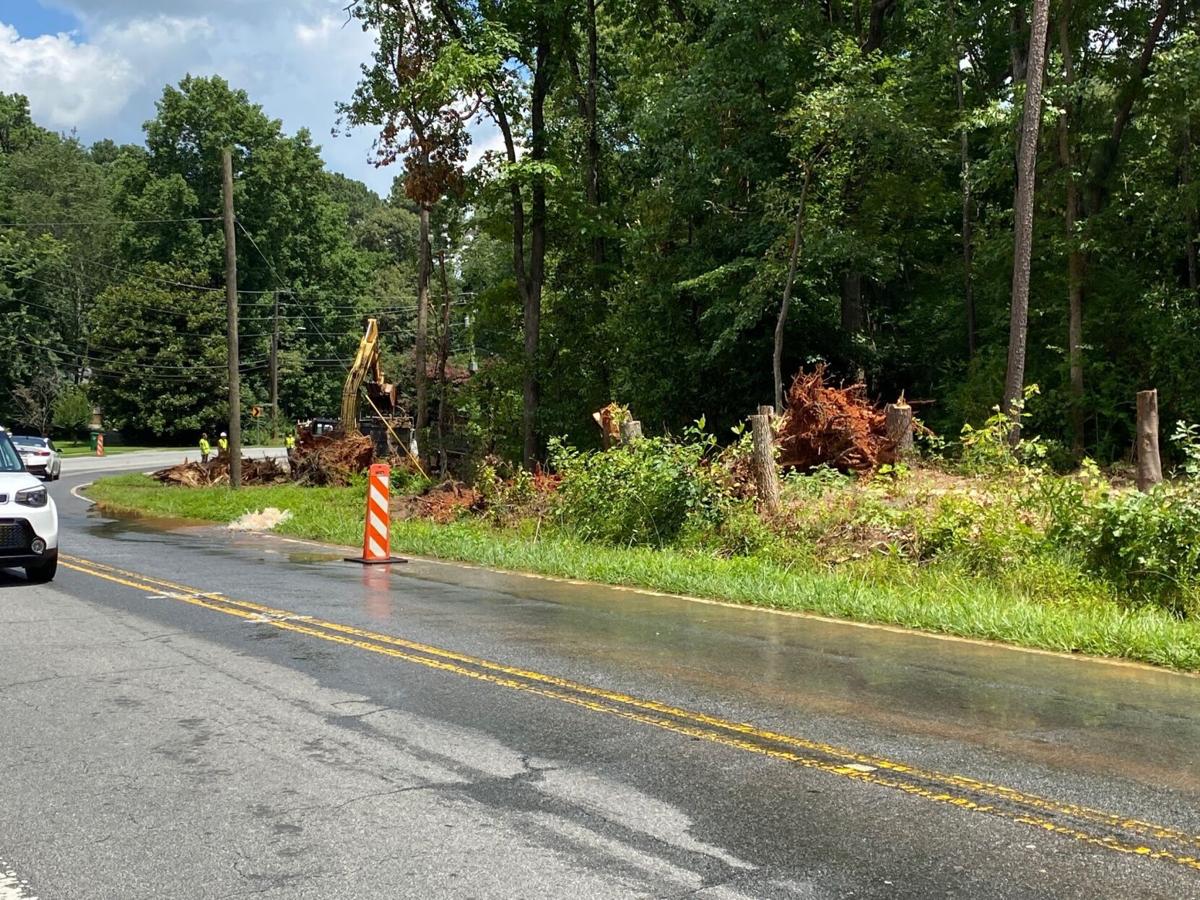 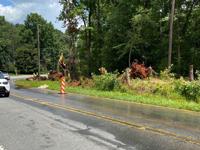 Preliminary work has begun on the Georgetown streetscape improvement project with the removal of dozens of trees along Chamblee-Dunwoody Road from Shallowford Road to Cotillion Drive. 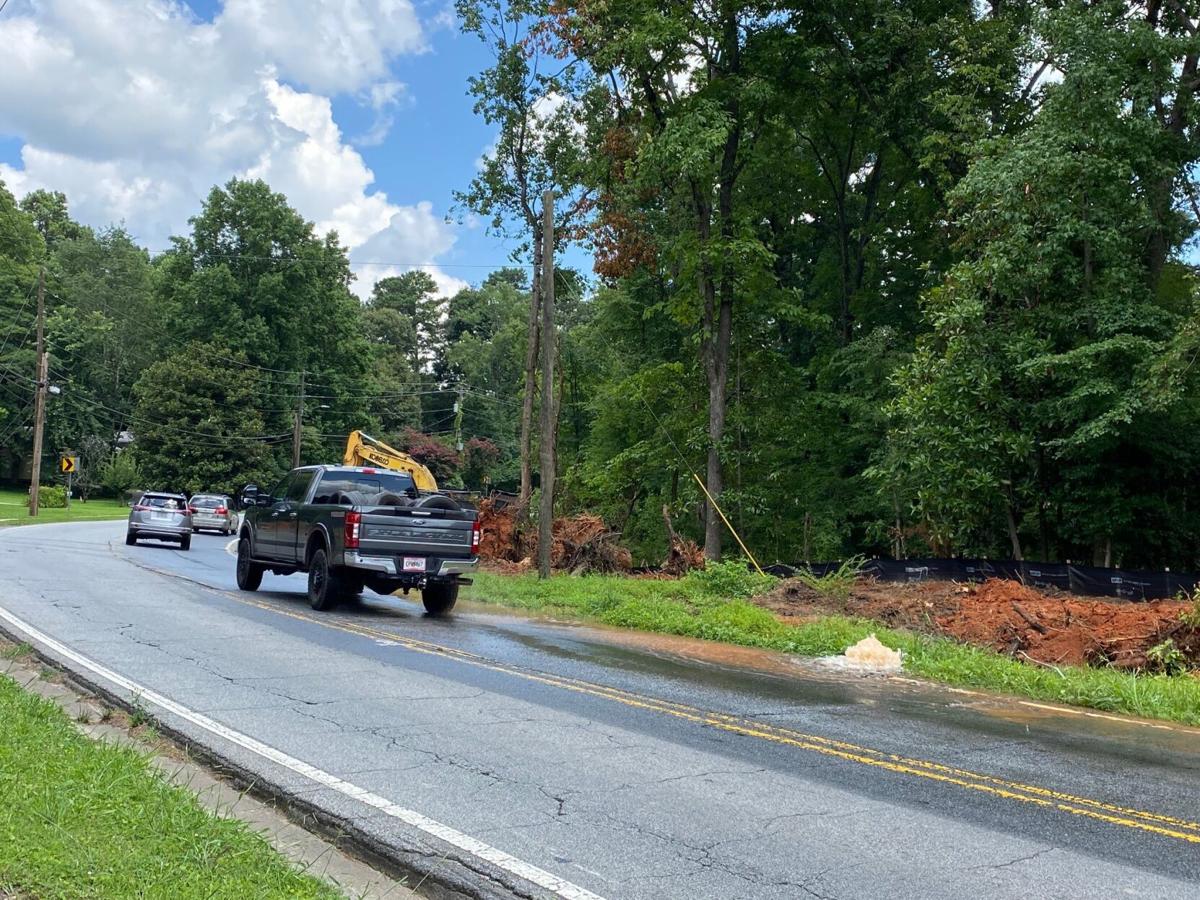 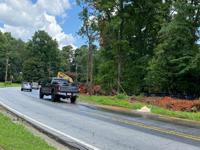 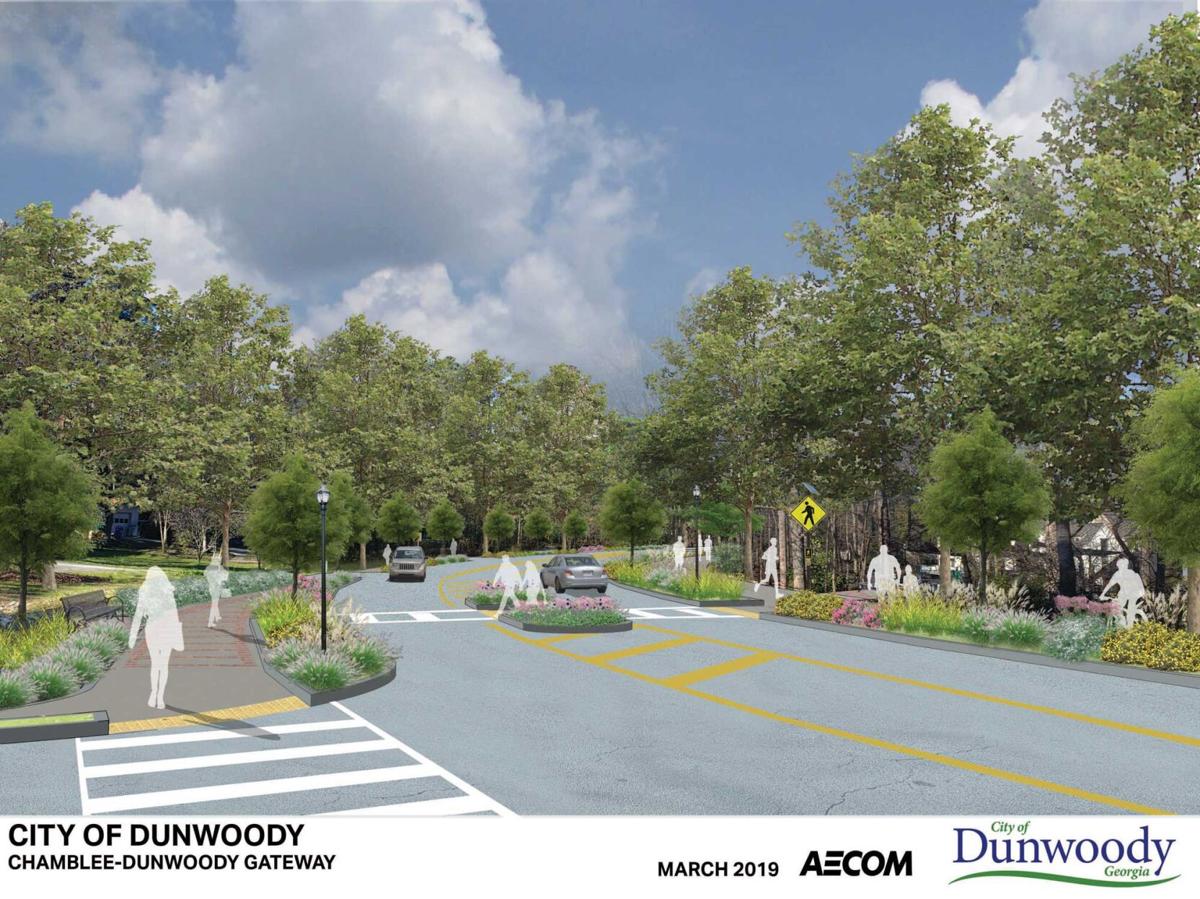 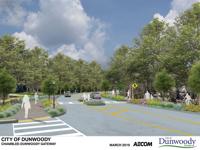 This rendering shows what the Georgetown area along Chamblee-Dunwoody Road will look like in several years after the completion of the Georgetown streetscape project. The improvements, which include the relocation and upgrade of water main lines, utility poles, will also incorporate the installation of wider sidewalks and landscaping.

Preliminary work has begun on the Georgetown streetscape improvement project with the removal of dozens of trees along Chamblee-Dunwoody Road from Shallowford Road to Cotillion Drive.

DUNWOODY, Ga. — It's rather a startling sight for drivers in the Georgetown Shopping Center area — dozens of mature trees along Chamblee-Dunwoody Road have been chopped down.

But city officials say there's a method to the madness.

"We've gotten some calls and emails from people concerned about the trees that are being cut down, but there is a plan to replace them," Dunwoody Public Works Director Michael Smith said. "The trees that are being removed right now are necessary as they relocate utility lines and make the lanes along Chamblee-Dunwoody Road more uniform."

It's the beginning of a three-year improvement project that is being funded mostly by monies from the Atlanta Regional Commission and DeKalb County. ARC is contributing $5.2 million and DeKalb is throwing in $567,000 for the water main improvements. The city is responsible for the final $2.6 million to round out the $8.3 million project, which is slated to be complete in 2024.

The plan has been on the city's radar since 2012, when the area was identified as one that could be improved in the areas of walkability and aesthetics. The city held public hearings to gauge what people wanted to see as far as improvements, and that input was incorporated into the final plans, Smith said.

During the three-year process, Chamblee-Dunwoody Road will not be closed, but there will be delays and some lane closures, Smith said. The plan calls for the planting 85 trees to replace those that were removed.

"In the end, we think it's going to be a transformational project for the area," he said. "It will be a process, so we want to ask people to be patient. The result of this work will be worth it."