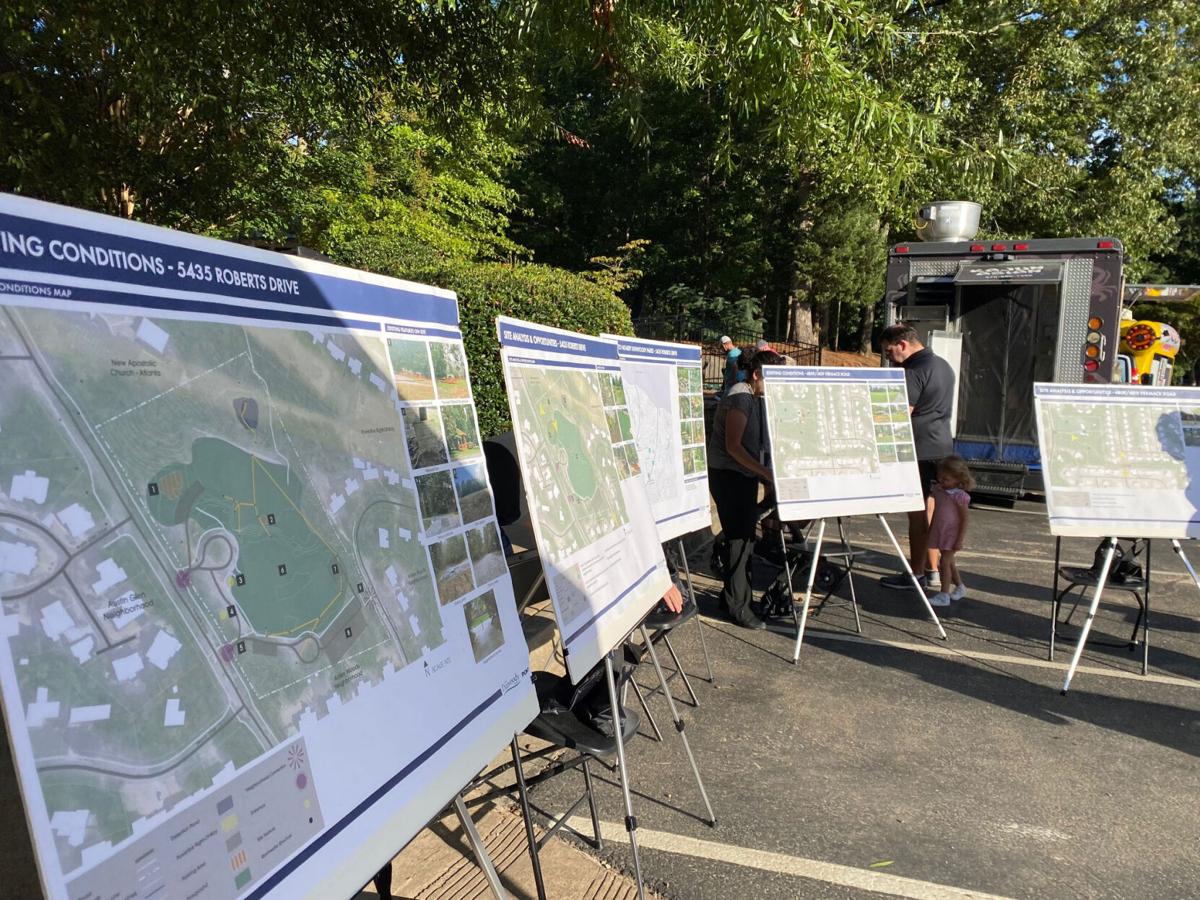 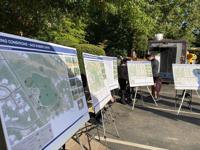 At a Food Truck Thursday event at Brook Run on Sept. 9, residents had a chance to weigh in regarding two parks that will be developed in Dunwoody. 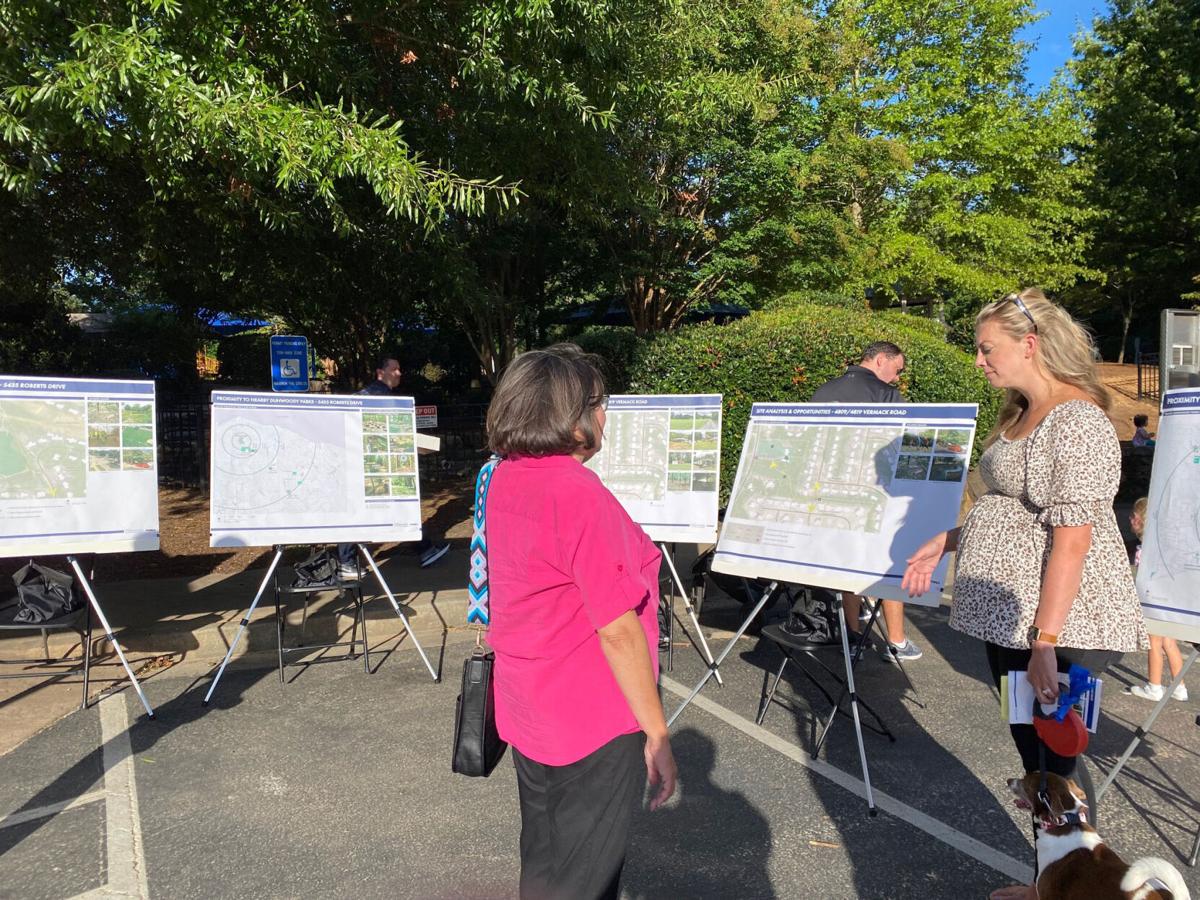 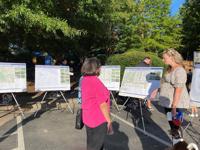 Mayor Lynn Deutsch offers her perspective to residents at Food Truck Thursday about the future parks to be developed on Vermack Road and Roberts Drive.

DUNWOODY, Ga. — Dunwoody residents are passionate about their greenspace- and they are making their voices heard regarding two future parks within the city limits.

While the preliminary feedback has been mostly positive, some residents whose backyards abut the Vermack Road property want the city to ensure that the park doesn’t intrude on their privacy by guaranteeing the establishment of a 35-foot buffer or fence.

Less than 24 hours after an online survey opened on the city’s website, more than 300 residents have expressed their opinions about amenities that they would like to see at two recently purchased pieces of land- a 9-acre tract on Vermack Road and 10-acre piece of land on Robert’s Drive that formerly housed Austin Elementary School.

Along with the online survey, attendees of a Sept. 9 Food Truck Thursday event at Brook Run Park were given the opportunity to weigh in using the city’s on-site laptops. City officials were on hand to provide information and had erected posters that showed the areas under consideration for future amenities.

“We are very pleased with the feedback we’ve gotten so far,” Dunwoody Mayor Lynn Deutsch said. “We will take all the data we receive and formulate what these parks could look like, and then gather more feedback.”

In particular, Deutsch said she has had comments from a group of second graders that the city’s parks are missing “big kids’ playgrounds,” that would offer a challenge for children aged seven and up.

The online survey, which is open until Sept. 17, “seeks to avoid replicating well-established amenities already offered in other Dunwoody parks, like the dog park, amphitheater, skate park, and disc golf.”

The survey asks a variety of questions, including the respondent’s proximity to the Vermack Road and Roberts Drive properties, and the method by which the respondent would access the park – car, on foot, or bicycle. It also asks for the age category for the primary user of the park.

While the development of the Vermack property into a park is probably years from fruition, several neighbors in the area have requested a meeting with city officials to ensure that their concerns are being addressed prior to its design.

An email to Deutsch and other city officials requested a meeting be held in order to “reach an agreement on how the concerns of the adjacent property owners to the park and surrounding community will be addressed.”

“It's imperative this is addressed and formally agreed to before any master plan is put out to the public for input,” the email said. “On this note are 25 families (that have young children) who are very concerned regarding their safety, privacy, disruptions to everyday life, etc. the park will bring. Our strong desire is to work together to reach an agreement that addresses our concerns and then let the broader community provide feedback regarding how the park will be designed to meet their desires.”

In her response to the homeowners, Deutsch agreed to have a meeting after the surveys come back from the community.

Podcast: Is your clogging heat on?

Podcast: Give us a chance to get our cloggers wet.

“WOW! That’s unbelievable!” It’s the most common response we hear when someone tries Laser Therapy for the first time. Read more

Somerby Sandy Springs Is a Special Place to Call Home

Home is more than a physical place, it’s a feeling. It’s friendship. It’s knowing that you b… Read more

Unexpected Happiness: Living a full and happy life at every age and stage

Cameron Hand of Village Park Senior Living is leading an innovative memory program to empower his team of six residents to continue living life to the fullest. Read more

Medicare – what will it cost me?

With the Annual Enrollment Period beginning October 15, Medicare costs will be top of mind for those with Medicare. Read more