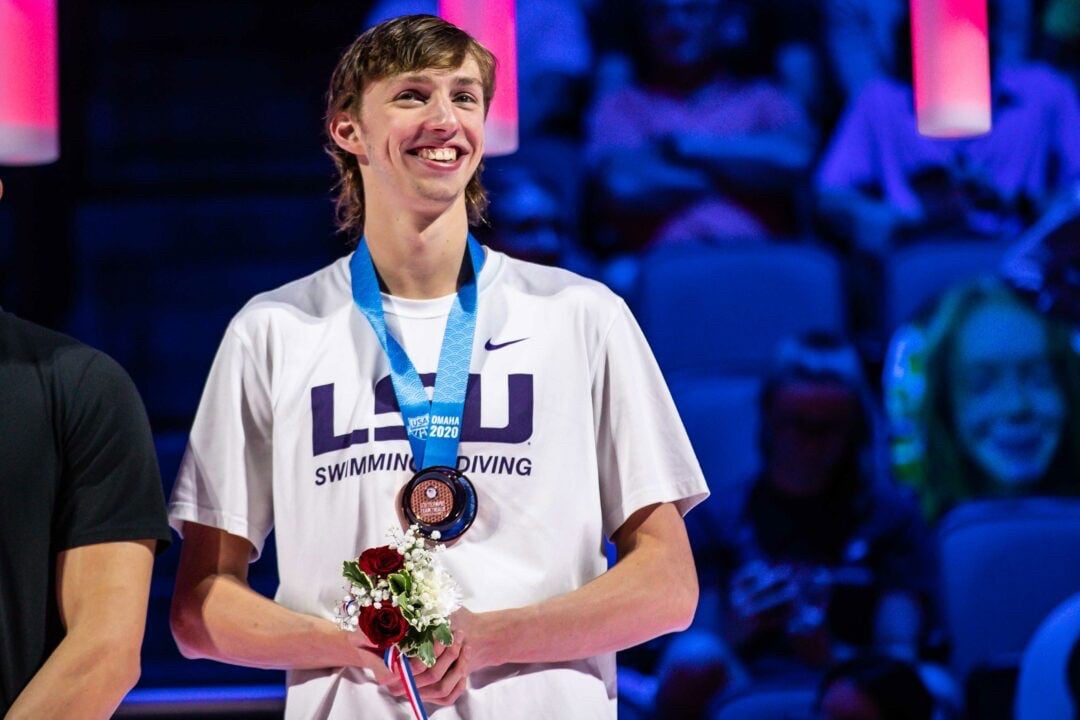 Brooks Curry celebrates after swimming the fourth fastest time at the U.S. Olympic Trials in Omaha, Neb. His personal best time qualified him to represent the United States in the 4x100 men's freestyle relay. 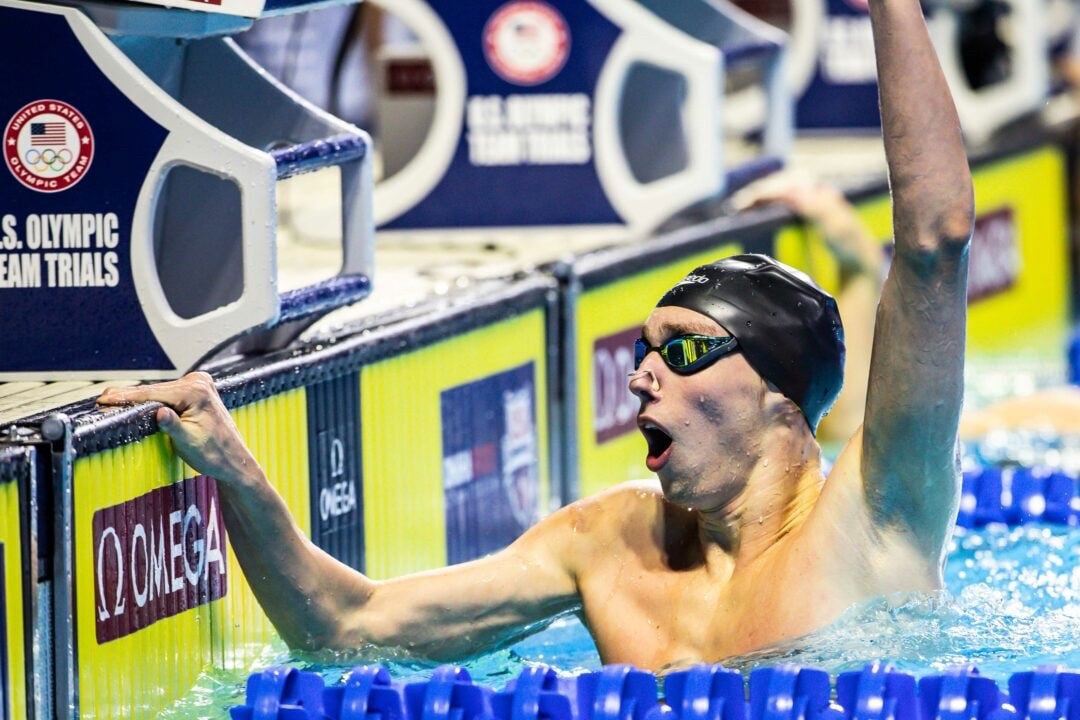 Brooks Curry celebrates after finishing fourth in the 100-meter freestyle in Omaha, Neb., which qualified him for the U.S. Olympic team.

DUNWOODY, Ga. — Nobody thought Dunwoody’s Brooks Curry could swim his way onto the U.S. Olympic team.

Curry swam the fourth fastest time in the 100-meter freestyle finals to secure a position on the 4x100-meter men’s relay team that will represent the United States in Tokyo come July.

“I think if you looked around the pool that day (at the Olympic Trials in Omaha, Nebraska), there was nobody who thought that Brooks had a chance, except maybe Brooks and me,” Steve Mellor, his coach at Louisiana State University, said.

Curry, 20, who grew up in Dunwoody Club Forest and attended Vanderlyn Elementary and Peachtree Charter Middle School, had been a standout during his freshman and sophomore years at LSU, but few thought he had a chance to make the elite team out of the 65 or so invited swimmers that competed last week for the coveted slots.

He was ranked 15th in the 100-meter freestyle coming into the trials, but in the preliminary round, his time dropped to 48.23, leading to the finals, where he swam the best race of his life.

His time, a personal best clocked at 48.19, earned him a spot on the team, joining veteran Caeleb Dressel, 24, Zach Apple, 24, and Blake Peroni, 25, as the top four qualifiers. Mellor said that male swimmers usually peak in their mid-20s, another reason that Curry was an unlikely candidate for the team.

“There are a lot of stories about women peaking when they are 15 or 16 years old, but it’s different for men,” Mellor said. “I feel like these Olympics are sort of a freebie for him because I think he has about another seven or eight years of great swimming in him.”

Curry, who trained with Atlanta’s Dynamo Swim Club during his elementary and middle school days, agrees that he has a lot more swimming ahead. Included in his goals for future competition are swimming individual events, and possibly returning to his first love, the backstroke.

“That used to be my best stroke,” he said.

Curry leaves for Hawaii next week to join the rest of the team at the U.S. Olympic training camp, and then onto Tokyo for the Olympics, which begin July 23 and run through Aug. 8. At camp, he will train for about five hours per day, with about an hour of dry-land work, and four more hours in the pool.

Mellor said this year’s team, as far as speed, is as fast or faster than the 2016 U.S. freestyle relay team, which won the gold in Rio de Janeiro, Brazil. That team included the legendary swimmer Michael Phelps, as well as Dressel, Ryan Heid and Nathan Adrian.

While he acknowledges that the sport requires a lot of self-motivation, Curry says that his parents, Scott and Amy, and coaches, including Mellor, were driving forces in his success.

“My friends and family really encouraged me when it wasn’t that much fun, and Steve is a great coach,” Curry said. “He really focuses on technique and goes into the mental aspect of swimming as well.”

In normal times, Mellor and Curry’s family would be making travel plans to see him compete in Tokyo. But because of pandemic-related restrictions, they will not be allowed to attend the games. But Curry said he will take it in stride.

“I plan to have a lot of fun,” he said. “And keep on swimming after this.”

Why do some tumors track along nerves?

At a recent conference, an outstanding lecture by Dr. Scott Lester of the Mayo Clinic, Roche… Read more

Medicare is confusing: why and how to better understand it

Medicare has been in existence since 1965 (fun fact: President Harry Truman was the first Medicare beneficiary), and the Medicare system has been changed or updated multiple times since. This is partially the reason for the confusion to Medicare consumers. Read more

Sawnee EMC Ranks Nationally in ACSI Among All Utilities

An outstanding education, grounded in Christian faith and values

Mount Pisgah Christian School is a leading Preschool through 12th grade independent school located in the heart of North Fulton. Known for providing an outstanding college preparatory education grounded in Christian faith and values, 100% of students are accepted into a four-year college or university. Read more