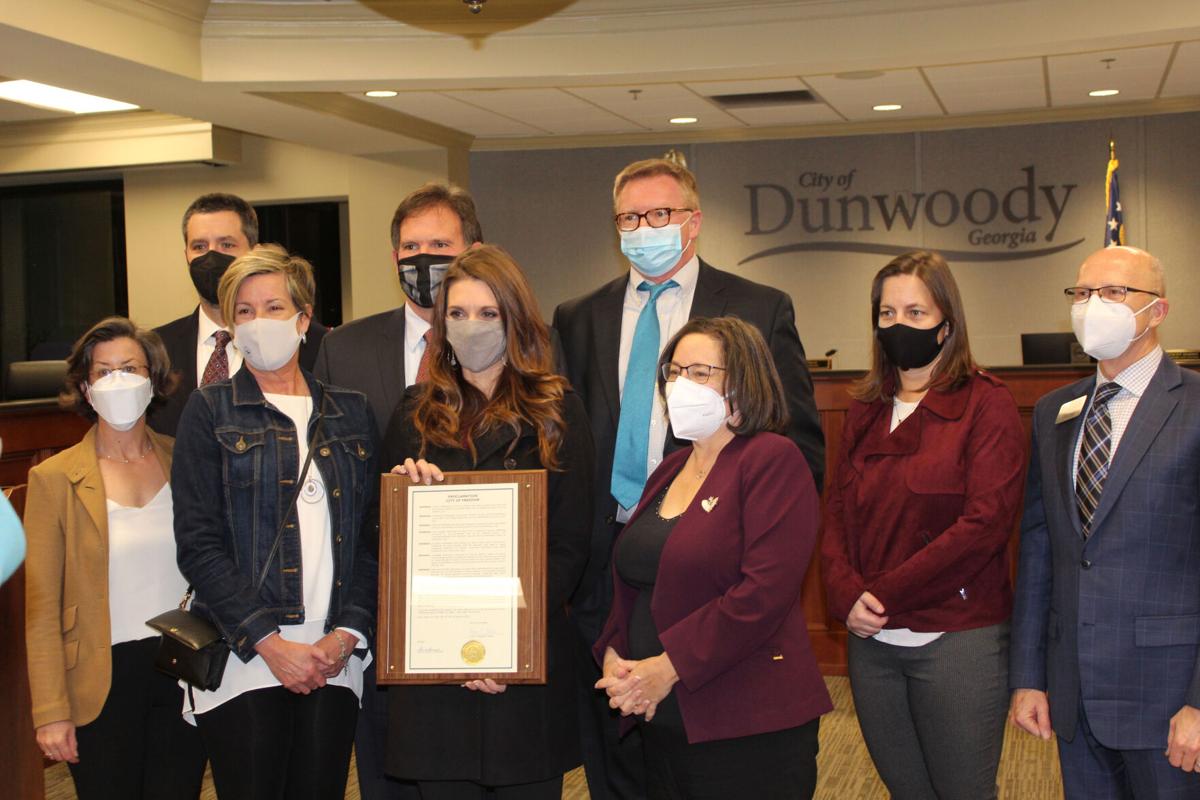 Members of the Dunwoody City Council stand with members of Safe House Project with the proclamation declaring Dunwoody a “City of Freedom.” 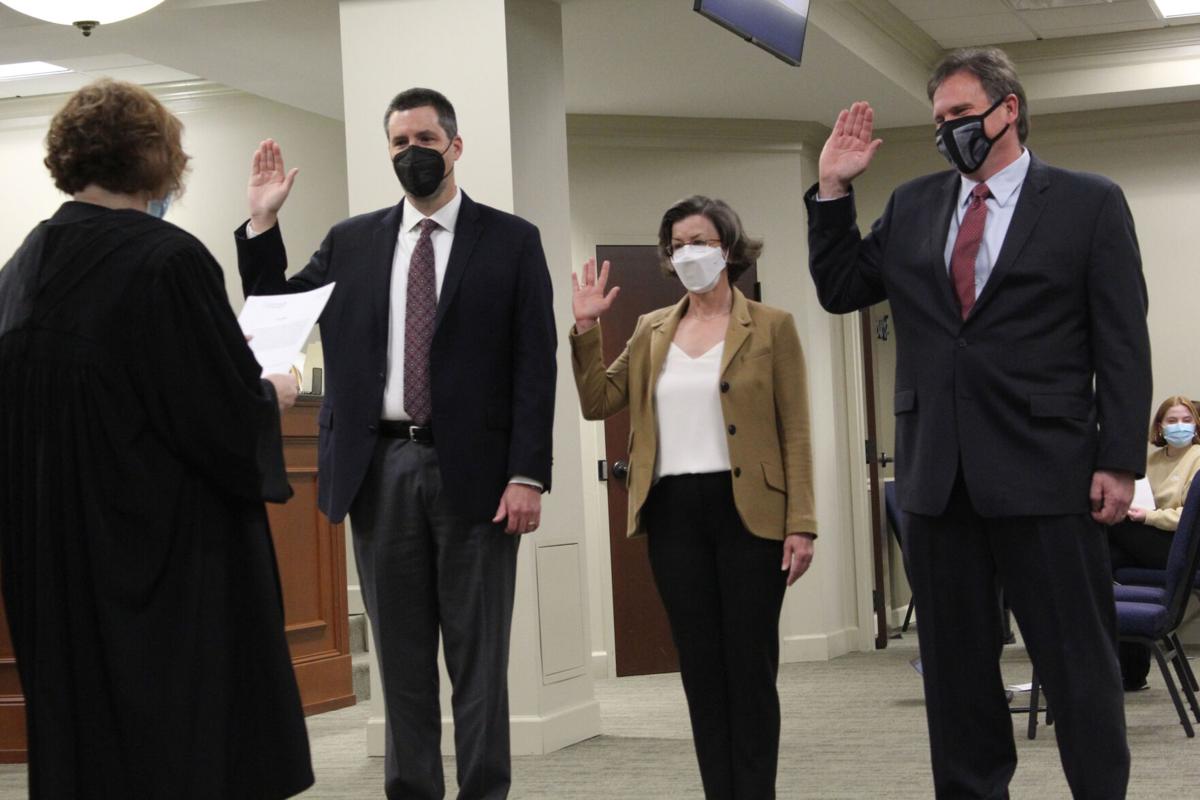 New council members, from left, Rob Price and Catherine Lautenbacher are sworn in to office along with incumbent Tom Lambert. 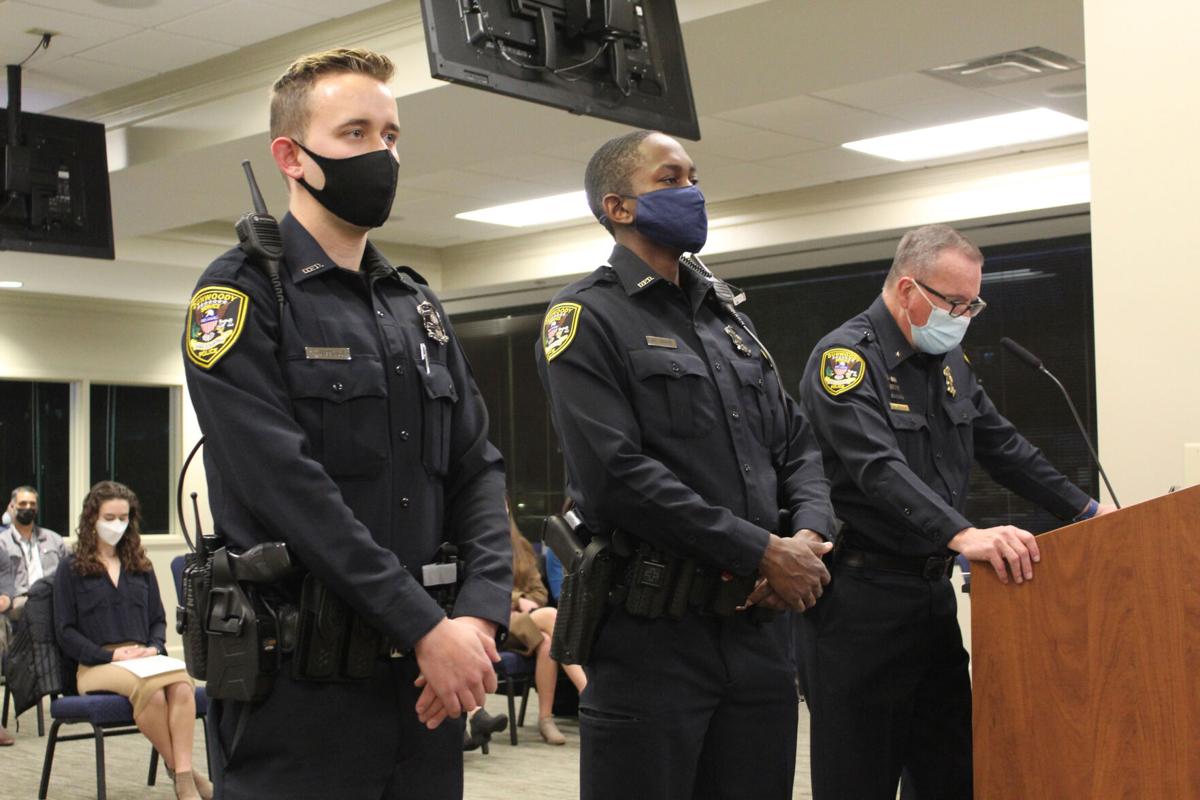 Members of the Dunwoody City Council stand with members of Safe House Project with the proclamation declaring Dunwoody a “City of Freedom.”

New council members, from left, Rob Price and Catherine Lautenbacher are sworn in to office along with incumbent Tom Lambert.

DUNWOODY, Ga. — Dunwoody has become the second city in the nation to be recognized as a “City of Freedom” for efforts to combat human trafficking.

The title is awarded by Safe House Project, a national organization that aims to end domestic sex trafficking and help survivors find help in safe houses.

“Eradication of trafficking is a big goal, but nothing short of that is worthy of our efforts,” said Safe House Project CEO Kristi Wells as she addressed the council. “I thank you for truly taking freedom seriously and for advocating for those who are still victims in order for them to one day become survivors.”

The proclamation recognizes awareness as a method of preventing trafficking, and Councilman Tom Lambert praised an online trafficking awareness program that Safe House Project offers. The training is available at iamonwatch.org.

The beginning of the meeting saw new council members Catherine Lautenbacher and Rob Price sworn in. Lautenbacher took the seat held briefly by Villard “Ardy” Bastien, who was appointed to the council in August after Councilwoman Pam Tallmadge resigned. Bastien did not run for election.

The conversation that dominated much of the meeting’s second half was a proposed rezoning of the parcel of land at 11 Ravinia Drive to allow for a retail furniture store and showroom. Living Spaces, a California-based furniture business, is looking to make the parcel its first location in Georgia.

The proposal calls for 110,000 square feet of retail space within a two-story building. Dunwoody Senior Planner Madalyn Smith said the plans would likely change before the second read of the proposal.

Council members questioned whether the building could be modified to be three stories instead of two, to allow for more green space around the property.

“This building is going to be there for the next 50 years,” Heneghan said. “I just want to make sure that what we’re putting there is the highest and best use.”

Later in the meeting, the council passed a text amendment to city code to restrict the use of “party houses,” homes used to host commercial parties. The amendment does not restrict residents from hosting private events in their homes.

Smith said the measure was more preventative than reactive. Dunwoody has not had much issue with the practice, she said.

Party houses are often run through rental services like Airbnb, which is already prohibited from operating in Dunwoody due to rules against short-term rentals. Smith said violation of the rule could result in penalties up to a $1,000 fine or up to six months in jail. Dunwoody’s move came after Sandy Springs passed a similar ordinance against party houses last year.

One of the last items on the agenda was the declaration of a local emergency due to rising COVID-19 cases. The ordinance, which passed unanimously, allows the council and other city boards and commissions to conduct public meetings online. These bodies may still meet in person if they choose.

City staff members were not present at the meeting, instead attending via Zoom from their offices.

Also at the meeting, Councilman Heneghan was elected mayor pro tem, a position that allows him to perform mayoral functions in cases where the chief executive is absent or disabled.