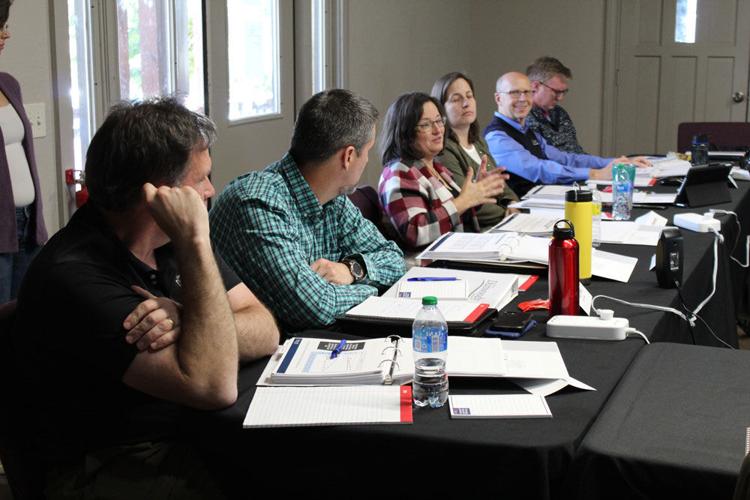 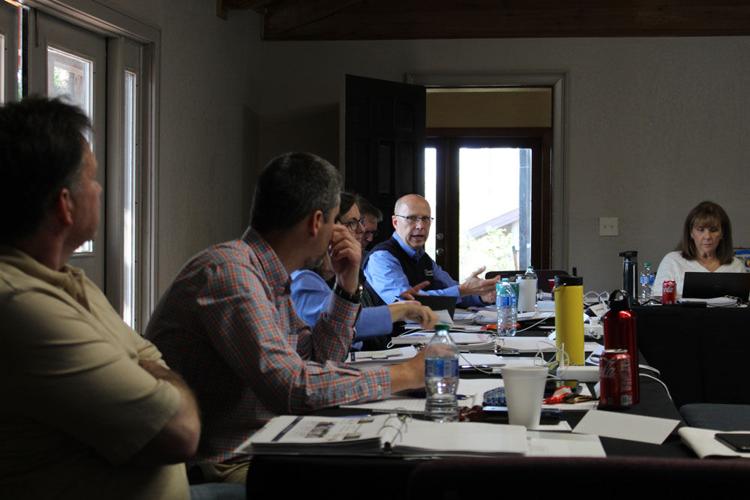 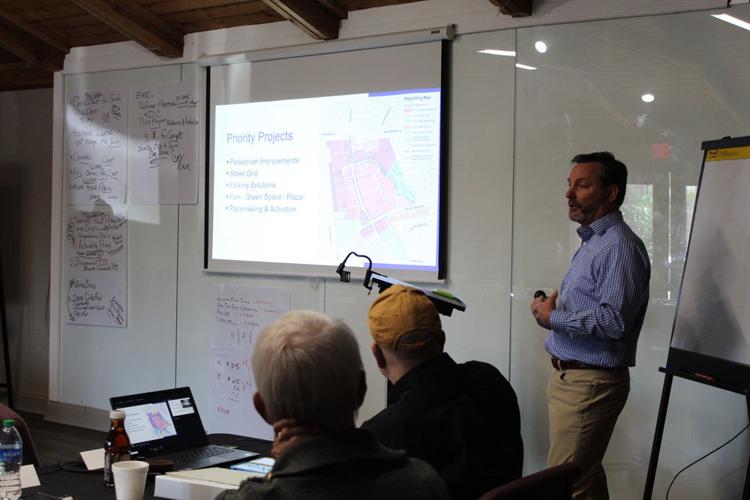 Finances and parks took center stage on both days of the special-called council meeting which was facilitated by former Decatur Mayor Bill Floyd and hosted at Forrest Hills Resort in Dahlonega.

In his presentation to the council members, Assistant City Manager Jay Vinicki shared a forecast of the city’s finances, stressing that although Dunwoody is currently financially healthy, “the revenue structure designed at incorporation does not match in any form the current demands of citizens in the city.”

Since the city was founded in 2008, Vinicki said, there has been a clear shift in priorities among citizens and what they expect from local government services and public spaces. Dunwoody’s revenue, however, has not kept pace with those demands.

Most prominent in this disconnect, Vinicki said, is the parks budget. At incorporation, he said, the city allocated only $300,000 in the annual budget to parks and recreation, a sum that covered the cost of mowing the grass at existing parks. It left no room for recreation, improvements or new land acquisition.

Today, roughly $3.5 million is allocated each year to Dunwoody parks and recreation, money used for maintenance and to fund events. The city also recently acquired new parkland on Austin and Vermack roads.

“When the city was founded, they said it was going to spend $300,000 on parks, we’re now spending 11 times that,” Mayor Lynn Deutsch said. “For me, as mayor, I would tell you that if we don’t do something about our revenue, I think it’s irresponsible to build Vermack, to build Austin.”

The city has big plans for the future of its park system with a working list of 30 unfunded projects. The roster includes 14 short-term, 10 mid-term and six long-term projects including development of both newly purchased future parks.

During the retreat, council members discussed options to raise the necessary funding for these parks projects. Ideas included establishing a special tax district, floating a bond and changing the city’s charter to allow for a higher millage rate.

Mayor Deutsch supported the special tax district option which would levy its own millage rate of 1 to 1.5 mills to be used exclusively for parks. The proposal would not violate the city’s charter which limits the maximum millage rate on property to no more than 3.04 mills unless presented by resolution and approved by a majority of voters through a referendum.

Currently the city’s millage rate sits at 2.74, one of the lowest in Metro Atlanta. Neighboring Sandy Springs has a mill levy of 4.73.

Increased demand for services and maintenance without revenues to pay for them has forced the city to draw on reserves for funding.

Getting additional funding for parks in particular, Deutsch said, would remove some of the strain on the general fund for other operational and capital costs and allow the city to continue providing residents the parks and recreation services they have come to expect.

“I’m open to everything, but what I’m not open to is us saying that we’re going to kick this down four years from now,” Deutsch said. “I’m not comfortable with that.”

Mayor Pro Tem John Heneghan asked about the difference between a special tax district and a bond referendum. With a bond, funds raised could not be used for operations of parks, only for capital projects.

“I can only build things, I can’t run things,” Vinicki explained.

Additionally, residents would be required to vote on a bond, whereas a special tax district could be created through a vote of the City Council, Deutsch said.

Of all the options Deutsch said the special tax district is the “simplest” and the “cleanest.”

No matter what option the council members agree on, Deutsch said, the city will hold public meetings to engage residents.

Council members found consensus on the special tax district during the retreat and set a timeline of 30 days for internal discussions with staff before bringing the item before a City Council meeting scheduled for April 25.

Also during the retreat council, members heard updates on pedestrian safety upgrades performed by the Public Works Department and made plans to explore a city-wide multi-use trail which would connect the east and west sides of the city.

“We need someone who can take the dollars that I think we should allocate and make sure they go where they’re needed, that we’re doing the good we want to do and that we have a lasting impact,” Deutsch said.

Edge City 2.0 is a name given to the redevelopment plans for Dunwoody’s Perimeter Center neighborhood. The city hired a consultant to create a vision for the area to help make the urban neighborhood more cohesive with the rest of the city. The project is still in the research stages, Starling said.

Community input meetings on the project are expected to begin this week and the final plans are estimated to be completed in November, Starling said.

Long term, Starling said, council members need to be clear about what kind of redevelopment they are interested in, whether “incremental changes or sweeping redevelopment.”

At the retreat, council members gave the green light for city staff to pursue some immediate projects for Dunwoody Village, including the addition of a sidewalk and a retaining wall along the neighboring post office property and to begin work on the grid development.

Collectively, both projects total $75,000 and are scheduled to be discussed at the next scheduled City Council meeting March 28.

During the retreat council members also discussed recent retention issues in the police department and options for improving the rates through adjusted compensation or requirements.

They did not reach consensus around any changes to current practices, but more information about retention plans will be presented at a City Council meeting this summer, Vinicki said.

Council members and city staff said they were pleased with what had been accomplished during the two-day retreat.

The Dunwoody City Council meeting held April 11 was all about money, to the tune of $10 million in federal funds for future spending.