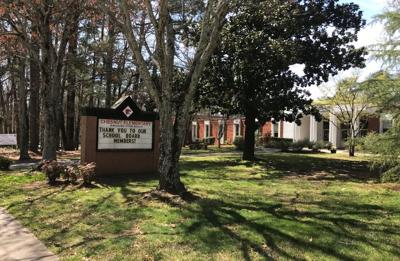 DUNWOODY, Ga. – A plan to reassign 11 teachers from Dunwoody-area elementary schools to schools in the southern part of the county for the last six weeks of the academic year has been tabled for now.

In early March, DeKalb County School System officials announced in a letter to affected parents, days before the planned staggered return of students to classrooms, that several teachers from Region 1 elementary schools would be reassigned to schools in the southern part of the county. The move was proposed to comply with Title 1 Comparability, which requires that school districts provide the same level of service to Title 1 schools as non-Title 1 schools. The mandate includes maintaining certain student-to-teacher ratios.

Region 1 has seen a significant reduction in the number of students in its schools during the pandemic as parents have opted for home-schooling, moved out of the district or transferred their children to private schools that were offering in-person instruction.

Austin Elementary School’s 2020-21 had an enrollment of 909 students at the start of the academic year, but the number of students dropped 25 percent to 682 in October. Montgomery, Dunwoody, Oak Grove, Vanderlyn and other schools all saw double-digit reductions in their student enrollment, according to school system reports.

A source familiar with the process, who spoke to the Crier on the condition of anonymity, said Region 1 school principals asked for volunteers to transfer to the southern-area schools, but in at least one case, there were no takers. The next step involved a “first-in, first-out approach,” according to the source.

“Based on the Resource Allocation Methodology Plan (RAMP), and in order to comply with the State Comparability Policy, several of our schools have been identified as overstaffed,” the DeKalb County School system said in a statement. “The state analyzes current enrollment as well as teacher-student ratios to determine equitable staffing for all schools. Several teachers were transferred to other DeKalb schools where they were needed. We acknowledge that a change of teacher for the students is not timely and will be difficult. The schools will be working to support the students through this process.”

In at least one circumstance, according to a source close to the Region 1 situation, all the teachers on the transfer list from one school indicated that they would resign rather than accept the reassignments.

After the Crier requested clarification on the number of teachers who chose resignation rather than the reassignment, the school system responded March 15 that the transfers had not taken place.

“No teacher has been transferred yet,” the school system statement said. “The district and state are working to see if there is another resolution. All teachers are currently still at their original schools.”

DeKalb County school officials did not comment as to whether the pause in the transfers were temporary or permanent.

This reassignment controversy, even though it appears to be resolved for now, has been demoralizing for all involved, according to the Crier’s source.

“It has been an emotional roller coaster for the teachers involved in the proposed transfers as most of those affected lived in Region 1,” the source said. “It’s bad for the students on both ends and the teachers who have worked so hard for almost a year in a remote-learning atmosphere.”

Pet of the Week: Robin