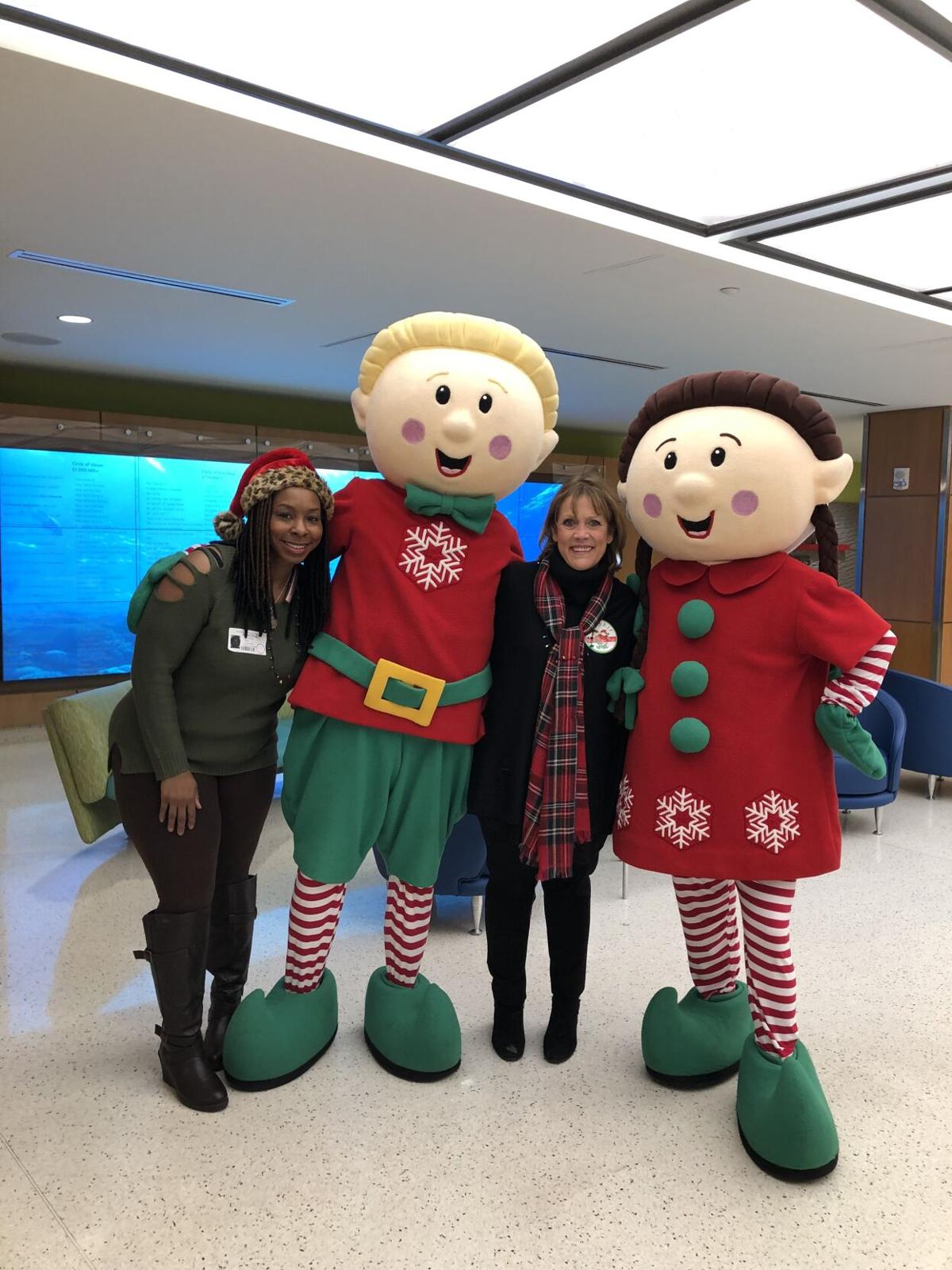 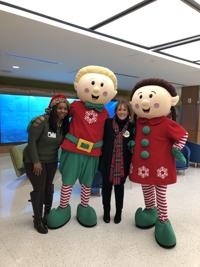 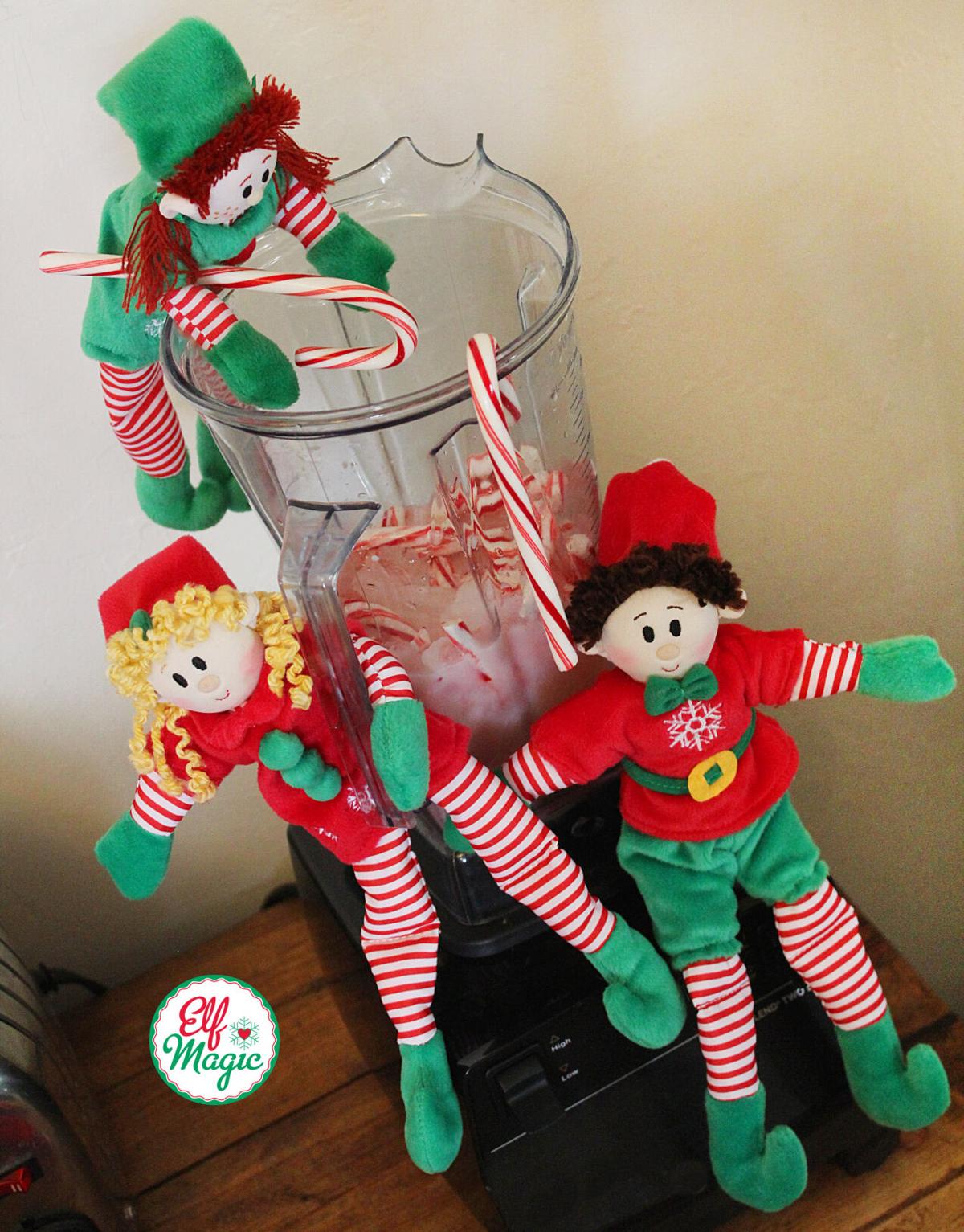 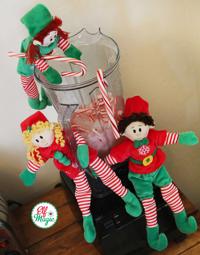 Last week, after reporting on a survey of Dunwoody family Christmas traditions, the Crier was notified by several readers that the article had omitted a tradition that for 28 years has been much loved by countless children and parents not just in Dunwoody but all over the country.

According to the tradition called Elf Magic, children write letters to Santa asking that he send one of his elves to come live with them during the days leading from Thanksgiving to Christmas Eve. A snowflake over an elf’s heart is proof that he or she is an authentic Elf Magic elf.

To lure the elf, a child leaves out crackers and water every night until their own very special elf arrives. Often, the elf - who is available as a boy or girl, with hair and skin tone to match those of the child - looks just like the child. Why crackers and water? Because crackers sound like crunching snow, and water is a reminder of melting North Pole snowflakes.

Only when the elf has finished his (or her) work for Santa does he arrive. He brings his own little bed and other necessities, a letter from Santa about what to expect, a poem about the meaning of Christmas and North Pole Snowflakes, which his special child sprinkles on him at bedtime to bring him alive.

Then the fun begins. During the night while the child sleeps, the elf goes on Elfcapades - doing tricks, leaving little surprises and hiding. Every morning, the child wakes up and gleefully searches the house to find the elf and discover what stunts he has played during the night. Children in Dunwoody have been known to find their elves in ovens, under beds and even perched on a branch of the Christmas tree.

Though the tradition of mischievous elves is centuries old, Elf Magic came to Dunwoody in 1990, thanks to the efforts of Dunwoody mother Piper Worthington, who wanted her children, then students at the Wesleyan School, to have the joy of their very own Christmas elf that she remembered from her own childhood. Soon, their friends and cousins were writing to Santa for their own elf. In 1999, her kids took their elves to school on the now-famous Orchard Park Wesleyan School bus. That year almost every child on the bus had an elf.

Thus was born Elf Magic. Soon the Wesleyan children’s friends and cousins throughout Atlanta were writing to Santa for an elf. Through word of mouth, Elf Magic spread to other American cities.

In those early days, everything about the elves was based on the honor system.

“We left elves in the unlocked trunk of my husband’s car, parked in the driveway,” she said. “Every night, people would just push the button to pop open the trunk and get their elf.”

To make getting an elf easier for kids and parents, she finally started a website in 1999. But in 2001, the whole country learned of her elves thanks to an article in Southern Living’s special Home for the Holidays issue, accompanied by a listing in a gift catalog called At Home With Southern Living.

“Southern Living had a circulation of over half a million. We weren’t even taking credit cards at the time,” said Worthington.

Elf Magic stayed in the catalog for three years. During that time, Worthington and her sister in Birmingham learned how to run a business.

Meanwhile, thousands of children, like the daughter of this writer, were falling in love with their elves. With their small children’s hands, they made clothes and jewelry for their elves, took them to school, to church and even out to dinner.

What made - and still makes - the Elf Magic elves so special is that they come only to love a child unconditionally. But since Santa needs their help, they have to leave the children they love to return to the North Pole on Christmas Eve.

So, despite the joy of awaiting a visit from Santa on Christmas Eve, the children must sadly say good-bye to their elf. But the sadness is balanced by the knowledge that their elf will return the following year when they leave out the crackers and water. Knowing that their time with their elf will be brief only increases their anticipation.

As much as Elf Magic elves love their own special children, they also love less fortunate children. For the past 12 years, Jingle and Jangle, the life-size mascots, have visited children’s hospitals, such as CHOA-Scottish Rite, to cheer up children who can’t be home for Christmas. Since the young patients are too sick to write to Santa, Jingle and Jangle personally deliver an Elf Magic elf to each child. They also visit schools and other organizations to spread elf love to children.

Through the years, Worthington has been approached by major national retailers about selling her elves. But because the elves are “real,” she has steadfastly refused mass marketing, offering access to them only through her website and “North Pole Supply Posts,” Santa’s favorite handpicked stores, which include The Enchanted Forest in Dunwoody Village.

Unfortunately, in 2005, a Marietta competitor began mass-marketing a more commercialized elf called The Elf on the Shelf. Unlike the soft ragdoll-like Elf Magic, these elves have plastic heads and are sold through mass marketers. Unlike the Elf Magic elves, which are meant to be cuddled and loved, these competing elves sit on a shelf to monitor children’s behavior and report bad behavior to Santa. These elves are not meant to be played with. In fact, if a child even touches his elf, it must go back to Santa immediately.

Worthington pointed out that because of the wide availability of this other elf, people often mistake it for her Elf Magic elves. This is why her elves all have a snowflake over their heart.

Unlike the more judgmental other elf, Elf Magic elves, according to the company motto are “Christmas spirit you can hold in your hand and feel in your heart.”

In the poem that accompanies each elf, Santa sums it up best when he says to the elf:

“So go visit for Christmas and teach what I’ve taught:

That the best gifts are those that can never be bought!

That Christmas is brighter and dreams will come true

If you share love and kindness in all that you do.’”

To prepare for next Christmas, go to elf-magic.com.

Podcast: Separation in the studio

Podcast: A mixed reception for President Biden in Georgia

There is no place like High Meadows School. Since 1973, High Meadows students in Pre-K through 8th grade have learned through experiential, immersive educational opportunities offered both in the school’s spacious, light-filled classrooms and across 42 acres of grassy fields and scenic woodlands.  Read more

Those are the words of Mill Springs Academy’s founder, Tweetie L. Moore, and the words that Mill Springs administration, faculty, and staff continue to live by today. Founded in 1981, Mill Springs provides a values-based college preparatory program for students with ADHD and learning differences.  Read more

In today’s new world a “one size fits all” approach to education is not possible. That is why Eaton Academy offers multiple programs, both in person and online. Read more