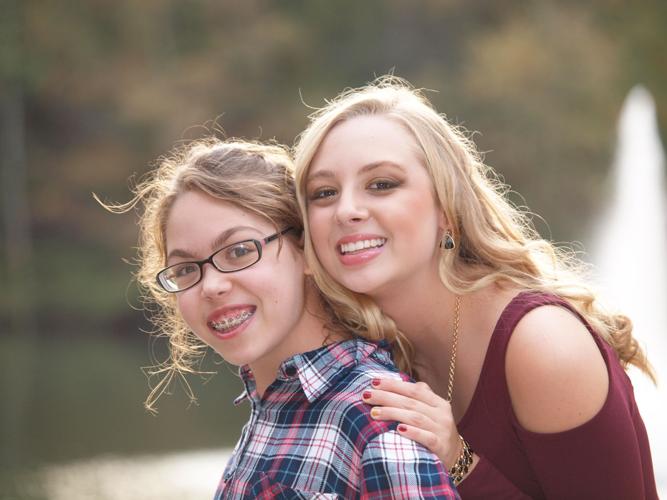 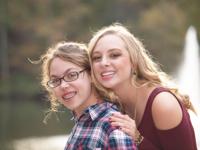 Ava Bernardino, left, attends Camp Braveheart, where her sister Annalise is a counselor. 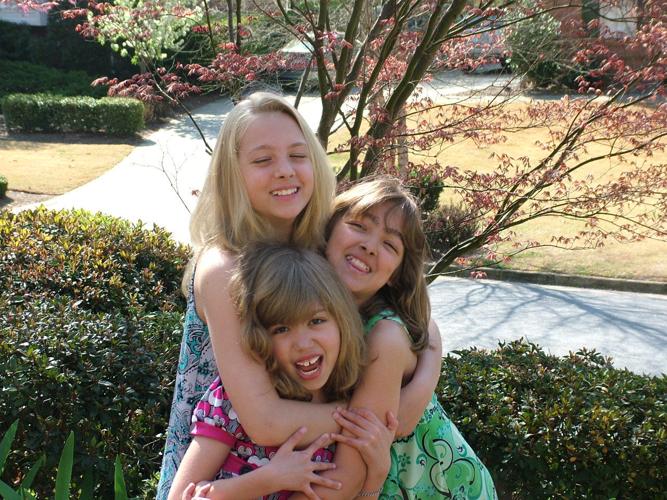 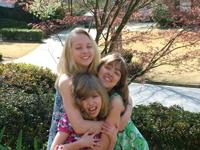 Annalise, Allison and Ava’s lives were shaped by the youngest sister’s illness.

Ava Bernardino, left, attends Camp Braveheart, where her sister Annalise is a counselor.

Annalise, Allison and Ava’s lives were shaped by the youngest sister’s illness.

All born within three years of each other, their mother said she raised them like triplets. However, one major thing separates these sisters. Ava was diagnosed in utero with hypoplastic right heart syndrome and pulmonary vein stenosis — not one, but two rare and serious health conditions.

Today, at 17, Ava is the oldest living child in the U.S. with pulmonary vein stenosis, a condition in which a blockage in the blood vessels impedes the flow of oxygen-rich blood from the lungs back to the heart.

Growing up with the disease, or with a younger sister with this disease, was challenging for the Bernardino family. Then,10 years ago, Ava began attending a camp that changed her life and the lives of her family members.

Camp Braveheart in Rutledge, Ga., is a camp specifically for kids with heart defects like Ava. Braveheart is one of several programs offered through Camp Twin Lakes, which provides programs to Georgian children with serious illnesses, disabilities and other challenges, such as having a parent who is incarcerated.

Twin Lakes offers all the usual summer camp fare: canoeing, arts and crafts, rock climbing, a talent show, but it’s staffed with medical experts and built to accommodate children with a wide variety of special needs.

“It’s a community of people who understand me, so it’s a really fun place to just escape for a week,” Ava said. You don’t have to explain yourself there.”

The sisters said that, whether because of the medical equipment she carried or because of her size, there was always something that made Ava stand out from her peers. But at Camp Braveheart, she was surrounded by people with similar conditions, and when they dropped her off the older sisters were the ones who stood out.

“We were the outsiders for once, not her,” Allison said. “We were the ones that didn’t fit in there. I was just like ‘Oh, these are Ava’s people.’”

Ava considers the people she met at camp some of her best friends, and they keep in touch year round. While the week at camp was an opportunity for Ava to feel “normal,” it was also a time for the family to do things they wouldn’t be able to do with her, like go to the beach.

“The first time we dropped her off for camp, she was 8 so I was 11, and I remember turning to my mom and saying I’m going to work here someday,” Annalise said.

That prediction came to pass this summer when Annalise worked as a counselor at Camp Twin Lakes.

“Working at Twin Lakes gave her exposure to a host of disabilities and issues,” Melissa said. “Exposure to children across the board with lots of different levels of care. But it really did tie back to Ava being a camper there and seeing what camp did for Ava, and for the family as a whole. That’s what she’s able to give other families by working there.”

Annalise said working at Camp Twin Lakes was an eye-opening experience, and one that solidified her interest in a career working with children with special needs. She is studying psychology at the University of Kentucky, while Allison attends the University of the South in Sewanee, Tenn. Ava will graduate high school this year.

Annalise said working at camp helped her understand how to help people with special needs without pitying them or reducing them to their disability.

“Everyone has something in their life that they have to deal with that other people don’t get, and that’s part of your story,” Annalise said. “Meeting these campers and working with them, it is part of their story, but it’s not who they are. There’s so much more to them than this label and this defect that has defined them.”

“They have the defect, but everybody has something that they go through in life,” Allison agreed. “And just because theirs is a little more visible, it doesn’t make it bad, it’s just different. And there are other people that are going through what you’re going through.”

Should you sell or renovate your home?

Take the quiz and be entered to win a Big Green Egg!

Podcast: Shake it, jerk it and the nuts will come out.

Opinion: How do we make America great again? With the great smack-down.