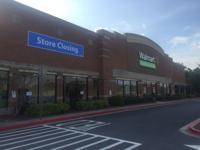 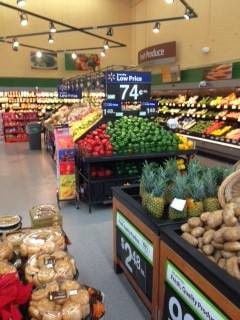 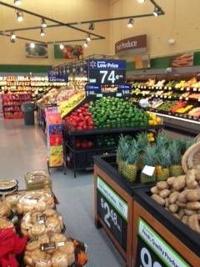 ALPHARETTA, Ga. – Officials with bargain retailer Walmart announced Friday that the company plans to close its Alpharetta neighborhood market on Haynes Bridge Road by May 7.

“The decision to close our Alpharetta Neighborhood Market is not an easy one, but, as a company, we are committed to continuing our growth and investment in Georgia,” Keane said.

The market’s pharmacy will be open at least through the end of April, Keane said, and staff will work with customers to assist with transferring prescriptions.

The 46,000 square-foot neighborhood market, located at 11770 Haynes Bridge Road, opened in September 2012 and currently employs about 70 people. Keane said work is underway to assist employees who want to remain with the company in finding positions at nearby locations. He said customer service was not a factor in the decision to close the store.

“We care deeply about our associates impacted by this decision,” Keane said. “We are hopeful that the majority of the associates at the Haynes Bridge Road store will want to continue their career with Walmart by transferring to another nearby Walmart.”

The company operates two Walmart Supercenters in Alpharetta, one at 5200 Windward Parkway, the other at 5455 Atlanta Highway.

The company operates more than 200 Walmart stores and Sam’s Clubs in Georgia, including the 11 stores opened in 2016, accounting for approximately 1,400 jobs. Keane said the company also invested millions in the state in 2016 by remodeling eight stores and opening associate training academies in Woodstock and Stockbridge.

“Over the next year, we will continue our store growth, both in the Atlanta area and across the state and will continue to improve our existing stores with our plan to remodel 18 locations, including 10 in the Atlanta metro area,” he said. “We also plan to open several additional associate training academies this year.”

Alpharetta and Roswell schedule holiday events for the rest of December

Podcast: When have you ever gotten lumber?

Podcast: You can’t flip a car with bare hands.