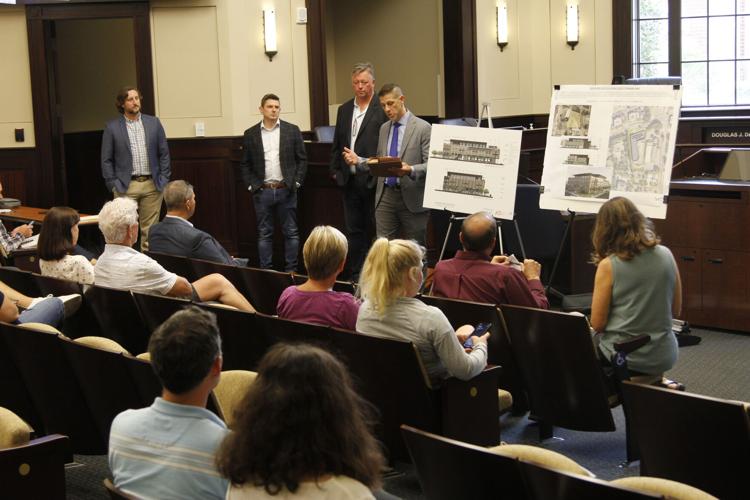 Attorney Ethan Underwood speaks to Alpharetta and Milton residents about the proposed Crabapple hotel that could be built on Crabapple Road in Alpharetta. 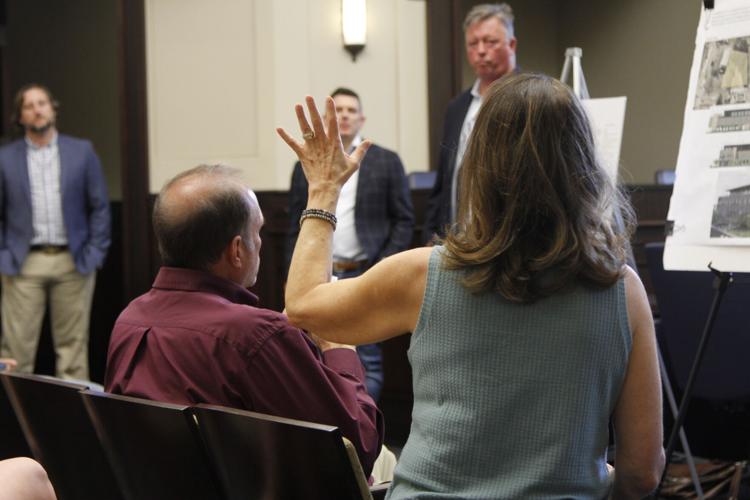 For nearly two hours on July 20, residents of Alpharetta and Milton were able to ask questions and express concerns about the proposed Crabapple hotel project. 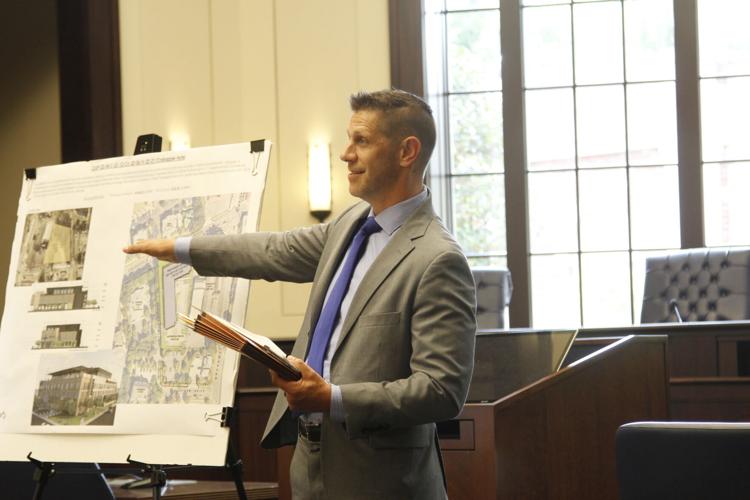 Attorney Ethan Underwood speaks to a crowd of Alpharetta and Milton residents over the proposed Crabapple hotel that could be built on Crabapple Road in Alpharetta. 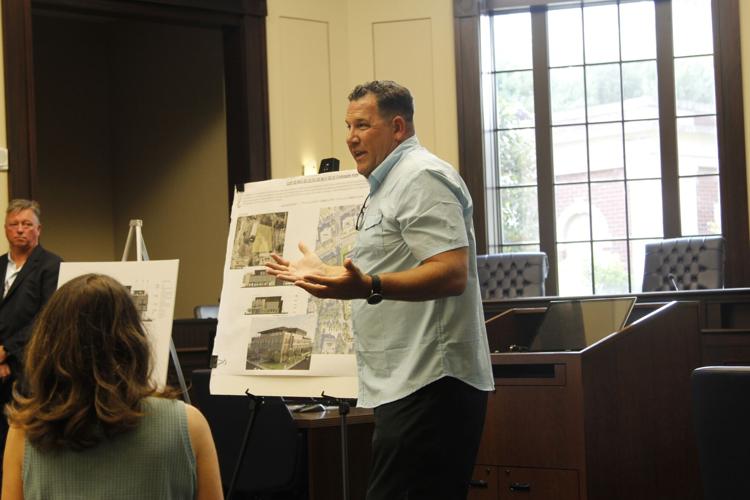 Milton Resident and local business owner Jack Berube speaks in support of the proposed Crabapple hotel at a meeting held on July 20.

For nearly two hours on July 20, residents of Alpharetta and Milton were able to ask questions and express concerns about the proposed Crabapple hotel project.

Attorney Ethan Underwood speaks to a crowd of Alpharetta and Milton residents over the proposed Crabapple hotel that could be built on Crabapple Road in Alpharetta.

ALPHARETTA, Ga. — Plans for a hotel proposed on the Milton/Alpharetta border have been officially withdrawn after several weeks of public outcry.

In a letter to the Alpharetta Community Development Department July 22, Attorney Ethan Underwood, who represents project applicant ForrPlaces Development LLC, said his clients would be withdrawing their application from city review immediately.

This latest action comes after several weeks of community comment over the project as it headed for review by the Alpharetta Planning and Zoning Board and the City Council.

North Fulton County residents faced off with project developers for the second time July 20 during an information open house at Alpharetta City Hall.

Comments opposing the hotel again vastly outnumbered those in support, with many returning focus to safety concerns over the project’s proximity to The Goddard School Crabapple and the safety of residents that walk down Crabapple Road.

“There have been numerous times where I've almost been run over and have been stopped by random people,” Milton resident and Milton High School Student Adelina De La Rosa said at the meeting. “It's not good. This hotel can bring more of that.”

Others said they just haven’t gotten enough information about the project from the developers and haven’t liked the parts they have heard.

“I desperately want to feel better. Because I believe every community should be problem resolution oriented.” Debra Braun, owner of The Goddard School Crabapple said. “My point is, I'm waiting to hear solutions that can actually make me feel better now that we've brought our concerns. And I think we all collectively are saying we're not hearing those things.”

But several residents at the meeting said that safety concerns over the hotel are being overhyped and the cities of Milton and Alpharetta are very capable of keeping the community safe.

Milton Resident Jack Berube said he is worries about his daughter’s safety like every other parent.

“But at the same time, I think to assume a hotel translates into child trafficking, stealing kids, all that … I just think it's short sighted when there are very capable police officers in the city of Milton,” Berube said.

Berube said he thinks people are looking too closely at potential negative outcomes, however unlikely they may be, and are ignoring the huge benefits he sees in the development.

“I'm in favor of opportunities to create greater commercial tax base for the city of Milton, because I think the city of Milton generally has done a poor job of that,” he said. “And while people are arguing the negative effects, I think there could be a lot of positive effects as it relates to creating volume for restaurants, volume for businesses.”

He said that as owner of a business headquartered in Milton, Merged Software, he sees great potential in what the hotel development could do for the community, especially for businesses in downtown Crabapple, like the new Milton restaurant and event space, Billy Allen’s, the Crabapple Market, and others.

“When I heard about the hotel I thought, ‘Man, that's great,’ because I had developers in the Ukraine, Poland, Canada, and Arizona. What an awesome place to bring them in so we can have work meetings and stuff like that,” Berube said. “The point I'm making is the city of Milton realizes the opportunity to create a tax base beyond taxing the residents and citizens of Milton. You have to have commercial tax income.”