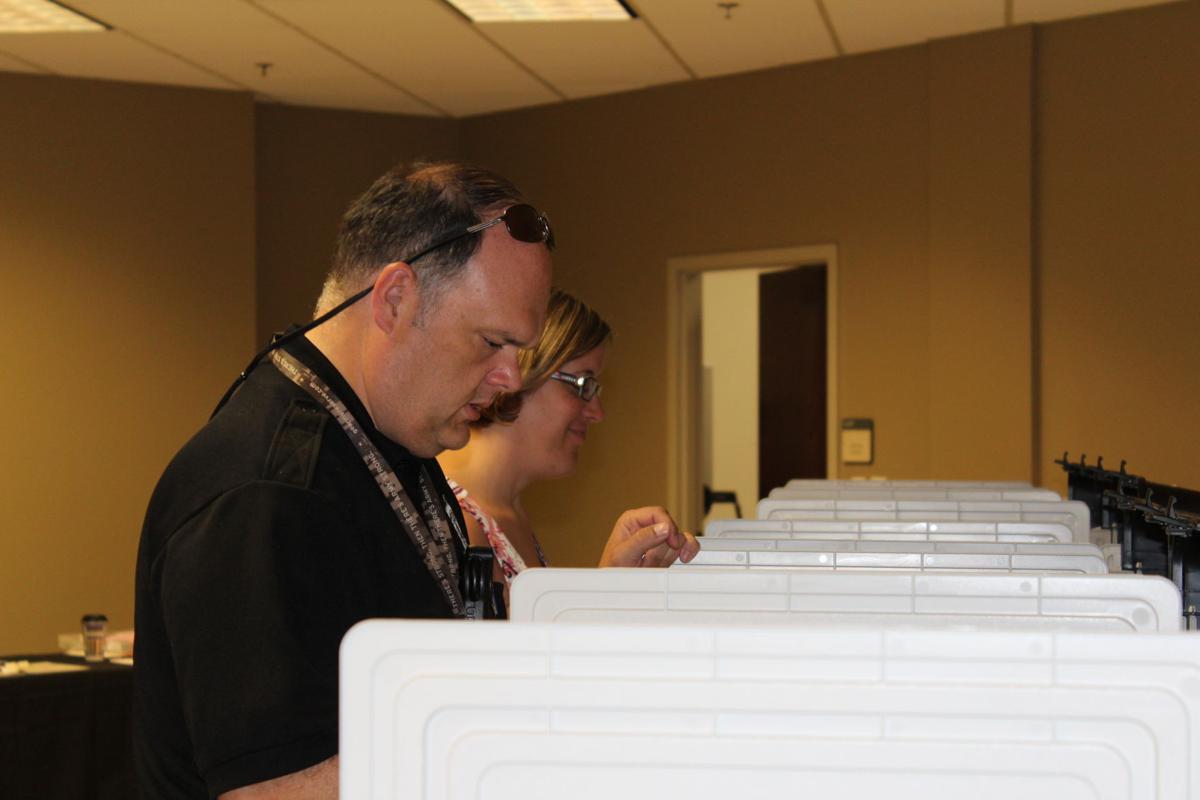 Despite having lived in the same place for years, or even decades, hundreds of registered voters in Fulton County were forced to fill out provisional ballots in the July 24 runoff. 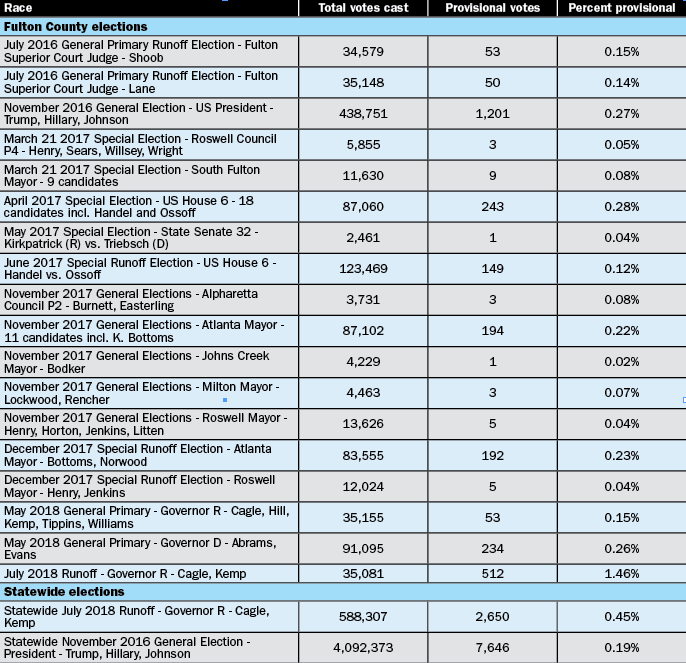 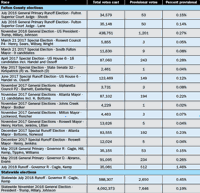 Despite having lived in the same place for years, or even decades, hundreds of registered voters in Fulton County were forced to fill out provisional ballots in the July 24 runoff.

He’s lived at the same address and been registered to vote for more than 10 years, after all. Nothing had changed.

But when he went to the Alpharetta Library at 9 a.m. to cast his ballot, he was told he would have to vote provisionally.

Provisional ballots are usually issued when a voter’s eligibility comes into question, and the voter is later informed whether their vote was counted or not. There are several reasons why a person might be handed a provisional ballot — such as outdated or inaccurate information — but one of the most common reasons is that the voter’s name does not appear on the electoral roll for that precinct.

But Wagner’s information, his address, hadn’t changed in years.

The poll workers that morning didn’t fully understand what was going on, but they told Wagner that he had been placed on a list and flagged for some reason.

“The word that I got was simply that I had to do a provisional ballot,” Wagner said. “Somewhere along the line, they said that this happened to somebody else this morning already, a longtime resident.”

Wagner did end up voting provisionally, but he was not the only one who ran into trouble on Election Day. Roswell resident Shirley Filardi, likewise, was told that she had been flagged for some reason and would have to vote provisionally despite having lived in the same place for years.

The poll workers Filardi spoke to were able to give her some more information: there had been some sort of glitch, they told her, and anyone who had renewed their driver’s license recently or changed their address had to vote provisionally.

“I just felt very discouraged,” Filardi said. “They were all polite, they were apologizing. But, it just seems that there was something going on.”

Complying with a federal judge order

Wagner’s and Filardi’s accounts were echoed across several North Atlanta counties that day. Almost 1,000 provisional ballots were cast in the July 24 elections in Fulton County alone — a sizable spike compared to past elections.

In the past 10 elections prior to the July 24 runoff, provisional ballots made up anywhere between .02 percent and .28 percent of the total votes cast. That number shot up to 1.46 percent in the July 24 race, which featured GOP gubernatorial candidates Casey Cagle and Brian Kemp.

The spike can be tracked to a 2017 ruling made by a federal judge, said Candice Broce, press secretary and staff attorney for the Georgia Secretary of State.

The state complied with the order, Broce said. But its impact was felt July 24, 2018 when five counties – Cobb, DeKalb, Forsyth, Fulton and Gwinett – all held their first federal runoff election since Handel vs. Ossoff.

To comply with the judge’s ruling extending voter registration, Broce said these counties used supplemental voter lists to show those who registered for the first time or changed their voter record between what would have been the “regular” April 24, 2018 registration deadline and the “new” June 25, 2018 deadline.

Those who did were flagged for provisional voting.

This measure would ensure that voters were only casting a ballot in races they were eligible to participate in, Broce said.

“There was no issue with the voter registration database,” she added. “We worked together to find a way to accommodate this judicially imposed deadline, and we agreed that this system would comply with the ruling.”

“We knew that we were going to have more provisional ballots than normal,” said Richard Barron, Fulton County director of Registration and Elections.

But the department wasn’t expecting an additional snarl in the process that arose that morning.

Almost 20,000 people in Fulton County were placed on the supplemental voter list. It was the first time the county had ever been given such a list, and in order to deal with the unusual circumstances, Barron said that poll workers were trained before the election to be aware of the issue.

But come Tuesday morning, poll workers were flooded with hundreds of cases like Wagner and Filardi – residents who lived at the same address for years, some for decades, were suddenly being flagged as someone who had recently moved.

After some digging, election officials finally worked out a common denominator. These voters had renewed or applied for a driver’s license earlier this year at the Department of Driver Services. If their plus-four digit ZIP code changed or was added to the license, the Secretary of State’s voter database flagged it.

“It was flagged as a move because it was technically a change in address,” Barron said. “So all of those people were put on the green supplemental list as well.”

Barron said the ZIP code issue was in part a “byproduct” of last year’s court order.

“I don’t think anyone saw it coming,” he said. “None of the counties knew that was coming. The Secretary of State’s Office didn’t know either. No one knew.”

So someone could have been living at the same address for decades with only the plus-four digit change, but for the computers, that was enough to count as an address change.

The supplemental voters list the counties were given did not explain why people had been placed on the list. Election officials and poll workers only knew that a person’s name was on the list for moving recently and that they would have to vote provisionally.

“We had a total of 978 provisional ballots in this election, 659 of them were because of voters that had moved,” Barron said. “How many of those 659 were affected because of the plus-four in the ZIP code? I don’t know. We’d have to research every voter’s registration history to figure that out. We do know that if it was a ZIP plus-four change, the database put them onto that supplemental list, and we processed everyone the same across the county so that no one would be treated differently….

“There’s nothing voters could have done about this.”

For the immediate future, at least, voters need not worry. The supplemental voter list will not come into play in the November elections.

The only time it could become an issue again, Barron said, is if there was another primary and primary runoff in two years.

“I don’t know what the remedy is going to be for it,” he said. “If there’s a ZIP code plus-four change next time — I don’t think the DDS or the state or the county could have known that a ZIP plus-four was going to throw people onto the supplemental list.”

The state’s old voting system technology contributed to the issue, Barron said. Making any changes to a voter’s information is “not an easy thing to do.”

And when the judge ordered that voter registration be extended, several updates to voter information had to be made in that system before that primary runoff.

But, Barron predicts that it won’t be an issue again in two years if a new voting system is installed by then.

“[It] would make this problem go away as well,” Barron said. “The technology is going to make it easier to make changes if it’s with a short-term issue. It won’t be so labor intensive to make a change on the fly. I fully expect that by the next primary that we’re going to have a new voting system in place that would render this a one-time thing as well.”

Voters will be relieved to hear that all of the provisional ballots cast by people affected by the ZIP code change were counted.

Only 39 provisional ballots from the July 24 election in Fulton County were rejected, an “extraordinarily low number,” Barron said.

On average, around 50 percent of provisional ballots are counted.

That was good news for Ollie Wagner. When he later checked, his ballot was among those counted.