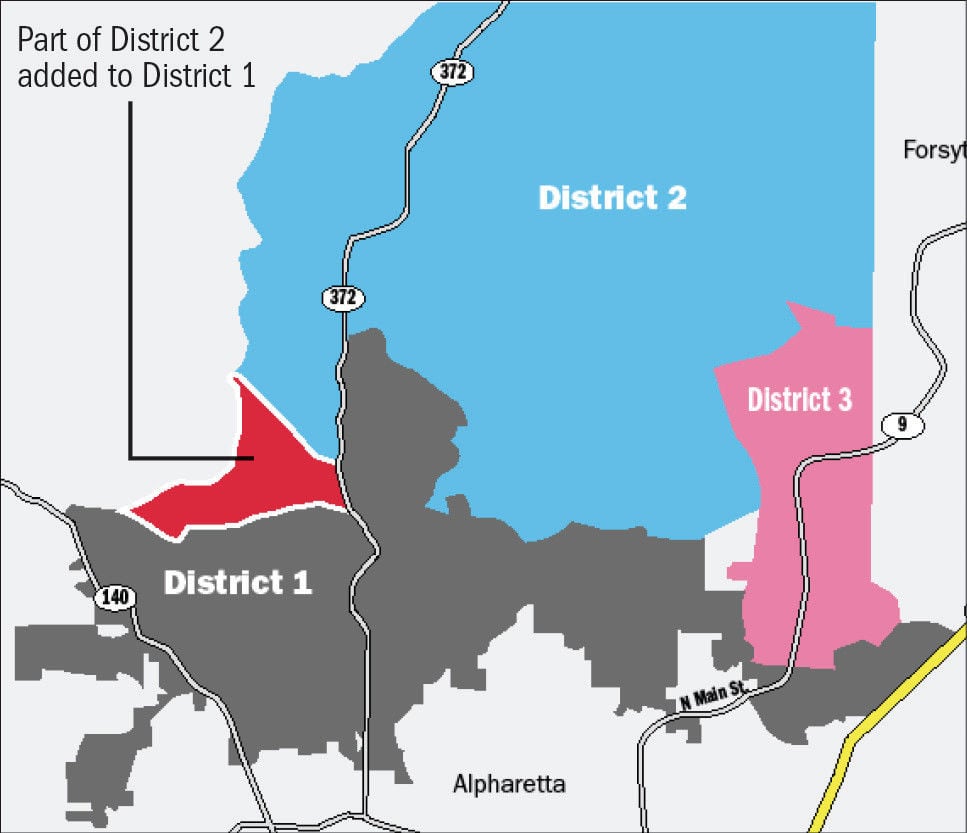 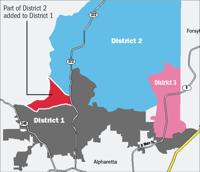 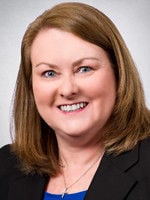 MILTON — A Milton group is questioning how legislation expanding a City Council district in 2015 to include a sitting council member’s residence passed the Georgia Legislature without discussion by the City Council in an open meeting.

The legislative action extended the boundaries of District 1 into a bordering neighborhood that included property owned by Councilwoman Karen Thurman who has since taken up residence at the house in that location.

“I think this is pretty simple,” said Tim Becker, a member of the Milton Coalition, a citizen’s watchdog group. “Karen Thurman was moving outside of her district, and in order to keep her seat, she needed to have the district boundaries redrawn.”

Thurman denies the accusation saying that when the property was purchased in late 2014, she didn’t even know whether anything could be built on the lot. Emails from 2015 obtained through open records show Thurman expressing concerns about building on the property.

Regardless, Becker said redrawing the district constitutes a change to the city’s charter and should have been discussed at an open meeting of the City Council.

Changes to city district boundaries must ultimately be passed by the Legislature. Cities cannot modify districts by home rule, according to Milton City Attorney Ken Jarrard.

Milton’s city charter establishes three City Council districts, each represented by two council members elected at-large. Council members are required to live within the same district from which they were elected during their term, assuring that all geographic areas of the city are represented.

Thurman has represented Council District 1 since the city was founded in 2006. Agendas and minutes from 2015 Milton City Council meetings show no mention of the boundary change.

Emails obtained through open records requests show Thurman contacted the office of Georgia House Speaker Pro Tem Jan Jones, R-Milton, early in 2015 asking that the border of District 1 – where she lived at the time – be extended northward to include the Estates at Atlanta National, then in District 2.

The request came one month after a lot on Tournament Players Drive within that neighborhood was purchased by an LLC which listed Thurman’s husband, Mark, as organizer. The LLC was later dissolved and the Thurmans are now listed as owners.

Jones said she recalled the request as fairly routine. After helping draw the original districts for the city, she has also taken the lead in other district modifications brought on by the 2010 census.

“This is not an uncommon thing in the Legislature,” she said. “They modify House districts, Senate districts over that 10-year period [between the censuses] for a variety of reasons. It’s usually relatively minor changes.”

Jones said she was fine with the request and told Thurman that she would like something official from the city, and if there were no objections, she would go ahead.

Thurman’s emails include a copy of a letter dated Jan. 27, 2015 from Gina Wright, executive director of the Legislative and Congressional Reapportionment Office addressed to Rep. Jones.

Its subject reads “Milton boundary adjustment,” and states, in part:

“I made the change as you requested – it ends up moving a total of 182 people…. Although it’s only 35 homes, the census block that contains that neighborhood also picks up the neighborhood further down New Providence Road that runs off of Gates Mill Way.”

The email also includes the line: “To take in that address, this is as minimal change as we could go.”

There is no indication which “address” is being referred to, but the newly drawn District 1 map includes the property where the Thurmans now reside.

Jones said her administrative assistant asked for letters of support.

“This was a minor change that won’t affect voters, but I didn’t want to get in the middle of something that there might not be a consensus on,” Jones said.

In an email to Jones’ administrative assistant in late February of 2015, Thurman wrote:

“If it is something official from the city then we will need to reflect it on a Council Agenda to discuss. If something from individual council members will suffice, all that I have spoken to have no objection, and I believe they would be happy to send something to Jan.”

Legislation to change the district boundary was introduced March 9, 2015. Email records show Thurman notified Jones’ administrative assistant March 4 that she would get individual letters from council members to approve the change.

One letter sent out

But only one council member, Bill Lusk, sent a letter. It was dated March 10, a day after the legislation was introduced. Lusk, who represents District 2, says the request was a minor change and he didn’t think it required a public discussion.

“Maybe if it was a major redistricting, particularly if it included school districts, that would probably warrant a public meeting,” he said.

Council members Matt Kunz and Joe Longoria said they were made aware of the potential district boundary changes by Thurman and neither opposed it, citing Thurman’s close relationship with residents in the area. Mayor Joe Lockwood said he heard about the redistricting shortly before the legislation was introduced in early March.

“There was an email that Councilwoman Thurman sent to the entire council in early March. To the best of my knowledge that’s the first I was aware of it,” he said.

Hewitt said any change to district boundaries should probably be discussed openly.

“I think anytime when you change stuff like that, I think it should be discussed in a public forum,” he said.

Becker said he thinks Thurman deliberately steered the redistricting away from public discussion locally. To this day, he said, many residents don’t even know District 1 was redrawn. He also dismisses Thurman’s contention that the primary reason for the change was because she has always represented residents of the Estates at Atlanta National and that the neighborhood has always had ties to her former neighborhood.

At the very least, he said, the change violated practices of good governance, transparency and fairness.

“Where’s the democracy in this?” he asked.

For her part, Thurman objects to the charges.

“It you want to say self-serving, I’ve been representing that neighborhood, handling all of their issues for years,” she said. “I don’t know how many times people would say, ‘why aren’t you our representative?’ because the two subdivisions are so closely connected.”

Thurman said she always listened to residents’ concerns and passed them on to city staff.

She said all redistricting in Milton, from its founding to today, has been handled at the state level.

“I’ve got a really good relationship with our legislators and I didn’t want it perceived as going around them,” she said.

Thurman reiterated that at the time the request was made, she and her husband weren’t even sure what they were going to do with the property on Tournament Players Drive.

“We didn’t even know if it was a buildable lot,” she said, adding that almost two years passed before they moved to the new property. There was no building permit or other documents indicating an intention to move to the lot when the redistricting was proposed, she said.

Thurman also said she is confused by the motives for the Milton Coalition’s accusations.

“I’m being accused of doing something unethical, and I object to that because ethics are very important to me,” she said.