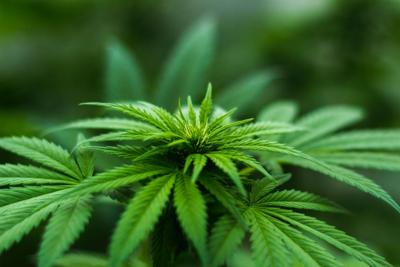 NORTH ATLANTA, Ga. — Lawmakers at the state and federal levels have tackled the issues concerning marijuana for over a century.

Those first measures in the early 1900s formally banned the use of marijuana, but in the last few decades, lawmakers have opened up to its use, allowing for medical and recreational use and possession. Such discussions have gained traction in North Fulton where one local elected official has openly supported “decriminalizing” possession of small amounts of the substance.

In 1980, the Georgia Legislature overwhelmingly passed the Controlled Substances Therapeutic Research Act. The measure was drafted by Georgia resident Mona Taft whose husband had suffered the ravages of cancer and chemotherapy. Just days before his death, he smoked marijuana for the first time and, according to a Feb. 14, 1980 article in The Evening Independent, had “his first full night’s sleep in six months.”

Taft’s bill allowed for medical marijuana clinical trials for those suffering from cancer or glaucoma. The trials were conducted through the Controlled Substances Therapeutic Research program. Despite the bill’s passage, the program was essentially inactive for decades.

to allow for medical marijuana use

In 2015, Georgia joined a growing number of states to permit limited medical marijuana possession and use. Similar to a current effort in North Fulton regarding marijuana legislation, the bill faced heavy criticism by lawmakers and law enforcement officials.

The bill was drafted by State House Rep. Allen Peake, a self-proclaimed conservative Republican from Macon, who said he has never consumed marijuana.

In 2014, Peake was approached by the family of then 5-year old Haleigh Cox. Haleigh suffered from more than 100 seizures a day, and her family was considering moving to Colorado for access to medical marijuana, which has shown to assist those suffering from seizure disorders.

“She was on her deathbed at Eglestone hospital,” Peake said. “I was struck with the question — what would I do if this was my child? That really hit home with me. I vowed to do whatever it took to help pass legislation to give Georgians an option.”

Many of Peake’s fellow representatives said he was committing political suicide.

“My colleagues thought I was crazy,” he said. “We faced opposition from law enforcement agencies and faith-based organizations, and the first bill failed miserably.”

Despite the failure of his original bill and opposition from various organizations, Peake persisted. Haleigh’s story had affected Peake on a personal level, and when he talked to others who faced similar situations, he saw support for the measure.

“The biggest opposition was that the bill was a slippery slope to recreational marijuana,” Peake said. “The interesting thing is, the Georgia Sheriff’s Association was vehemently opposed, but when I talked to [individual] sheriffs they would say the organization doesn’t speak for me. They would say their grandmother has cancer or their father has Parkinson’s disease and they were in favor of having the option of medical marijuana. They told me I’d never face trouble in their county. Most folks who get involved with this issue have been affected personally.”

In 2015, with Haleigh’s story gaining statewide attention, the measure named in her honor finally passed through the Georgia Legislature. It allowed for those suffering from eight ailments, including seizure disorders and terminal cancer, to legally possess up to 20 ounces of low-THC oil.

While those approved for medical marijuana use in the state can legally possess the substance, they must cross state lines to acquire it. Cultivation of marijuana, for recreational or medical use, is prohibited.

“I have faced a lot more opposition to the cultivation model,” Peake said. “I’ve introduced legislation for cultivation the last three years and have met opposition on all fronts, especially from the governor’s office. I have resigned that such a bill will not be passed until we have a new governor.”

Peake, who has become the figurehead of the medical marijuana movement in the state, announced he will not seek re-election this fall. However, the push to approve medical marijuana legislation could benefit from his absence because it can show he is not just a “one-man band,” he said.

“I’m leaving the effort a little unfinished, and I hate doing that, but it was good timing for me to move along,” Peake said. “But there are a significant amount of others who feel just as strongly as I do, and I think during the 2019 Legislature, you will see cultivation legislation again. The fight will continue. It’s not going away in Georgia.”

and the efforts in North Fulton

While lawmakers have balked at efforts to expand medical marijuana or recreational use in Georgia, some cities have taken up the cause.

Three cities in Georgia — Clarkston, South Fulton and Atlanta — have passed measures to decriminalize possession of one ounce or less of marijuana within their city boundaries.

Though possession is still illegal in these jurisdictions, the charges are far less severe than the state code.

Title 16 of the Georgia’s crimes and offenses codes states that a suspect apprehended with one ounce or less of marijuana can be charged with up to a year in jail or a $1,000 fine.

In Clarkston and South Fulton, suspects can still be charged with the state statute, but officers are given latitude to charge using the municipal code. In both cities, a fine is levied and no jail time is served for possession of small amounts under the city ordinance.

In October, the Atlanta City Council unanimously approved a similar bill, dropping its charges to a $75 fine and no jail time.

The push to decriminalize small amounts of marijuana is not limited to inside the perimeter. At least one local elected official is pushing for a similar measure in his North Fulton city. And he says he is not the only lawmaker in the area who supports decriminalization.

Coughlin, who says he favors legalizing recreational use, pushed for the measure because of the science supporting marijuana legalization, whether for recreational or medical use.

“At what point do we say, maybe we are not doing this drug war right?” Coughlin said. “We’ve been at it for 40 or 50 years, and the rates of use haven’t been impacted after we’ve pumped trillions of dollars into it and impacted lives.”

Coughlin’s argument for decriminalization in Johns Creek stems from the city’s location in the “heroin triangle,” where heroin use and overdoses have risen dramatically in recent years in affluent portions of North Fulton, Cobb and DeKalb counties.

A research scientist by trade, Coughlin trusts numbers, and he says studies show that heroin use is curbed where access to medical and recreational marijuana is permitted.

“What we found is overwhelmingly in those jurisdictions that allow for medical or recreational cannabis, overdoses to opiates, rates of addiction to them and overdose deaths have been dropping,” he said. “It’s not a correlation, with the statistical methods of controlling for other variables, you can prove causation. My main motivation was to show [the Johns Creek City Council] that cannabis access reduced opiate overdoses and deaths. It literally saves lives.”

Playing to a hostile crowd

But Coughlin said what transpired at the Nov. 27, 2017 work session where he proposed the measure mirrored decades of the state’s conservative approach to marijuana legislation.

Coughlin said unbeknownst to him, Mayor Mike Bodker had invited the city’s chief of police, municipal judge and prosecutor to speak on the measure.

“They were all fervently against it,” Coughlin said. “I think this is the Republicans downfall – that they look to law enforcement versus scientists and doctors to make healthcare-based decisions. It’s a Republican-led state, and Republicans are supposed to support small government and medical decisions made between you and your doctor. I don’t know why they have been fearful of helping their neighbors.”

Johns Creek prosecutor Larry Delan said at the meeting that the city works to decriminalize small amounts of marijuana “internally” through its court system.

“We treat just about every possession of marijuana case as a disorderly conduct without an arrest,” he said.

However, he said that when an offender only has to pay a fine, you lose the chance to help them from going “down the wrong path.”

“If you want to put it in perspective, it’s a parking ticket,” he said to the council. “That’s what [the City of Atlanta] has made marijuana. You can’t help anybody.”

Bodker said while he agreed with a push in the Legislature for medical marijuana, he would not support Coughlin’s measure.

“When you ask me to say the state of Georgia is not willing to change the law, and I just want the city of Johns Creek, in essence, to look the other way and not encourage people to follow the law, you don’t have me,” Bodker said.

Coughlin said he is not in favor of “putting our neighbors in cages” for possessing small amounts of the substance, one of many reasons for his measure.

“Decriminalization reduces opiate use and overdoses, it supports the health of veterans and children, it enables law enforcement to focus on more serious crimes, it allows us to save tax dollars to put to other things such as victim crimes and we can allocate our resources properly,” he said. “It’s not just one reason. Every factor supports decriminalization. I haven’t found a scientifically valid reason to oppose [decriminalization]. Until that day comes, I’ll continue to support it.”

Coughlin said he has company among other elected representatives in North Fulton, although he would not mention any names.

“I already have a number of councilmembers and commissioners that support decriminalization in the North Fulton area,” Coughlin said. “In Alpharetta and Roswell there are people who are supportive, and they are letting me be the guy to jump on the sword first, which I’m okay with.”

While discussions regarding decriminalization and legalization continue at the state and federal levels, Coughlin said it could be up to local cities to spur the movement.

“I’m a firm believer in local control,” he said. “And as far as the nationwide discussion, I think we will be able to proceed before the feds do.”

Part III of Marijuana’s Hazy Boundaries will feature discussions with local law enforcement agencies on how they process suspects in possession of small amount of marijuana with no other major charges and their policies on releasing offenders with a citation or booking them in jail facilities.