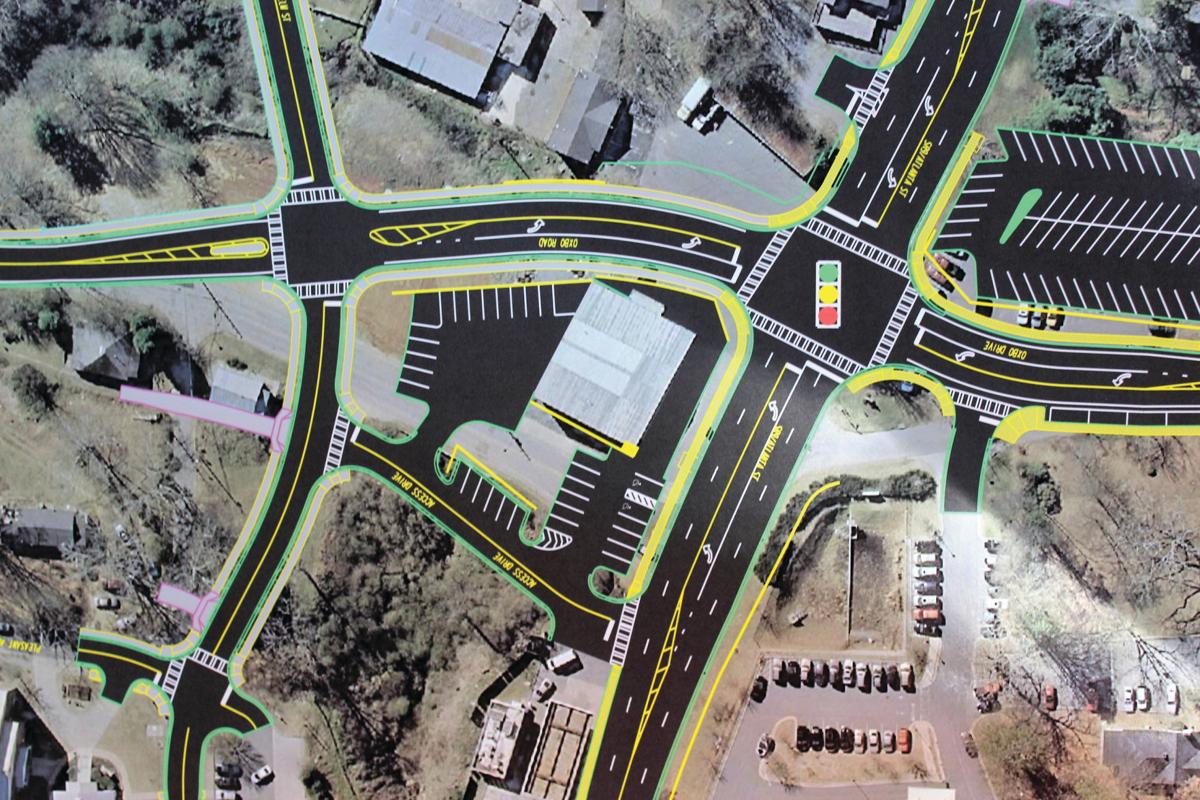 The Oxbo Road Realignment project (top center), estimated at about $4 million, will make Oxbo a major east-west route crossing Ga. 9. The city has built an interim lane for eastbound traffic until funding is secured for the realignment. 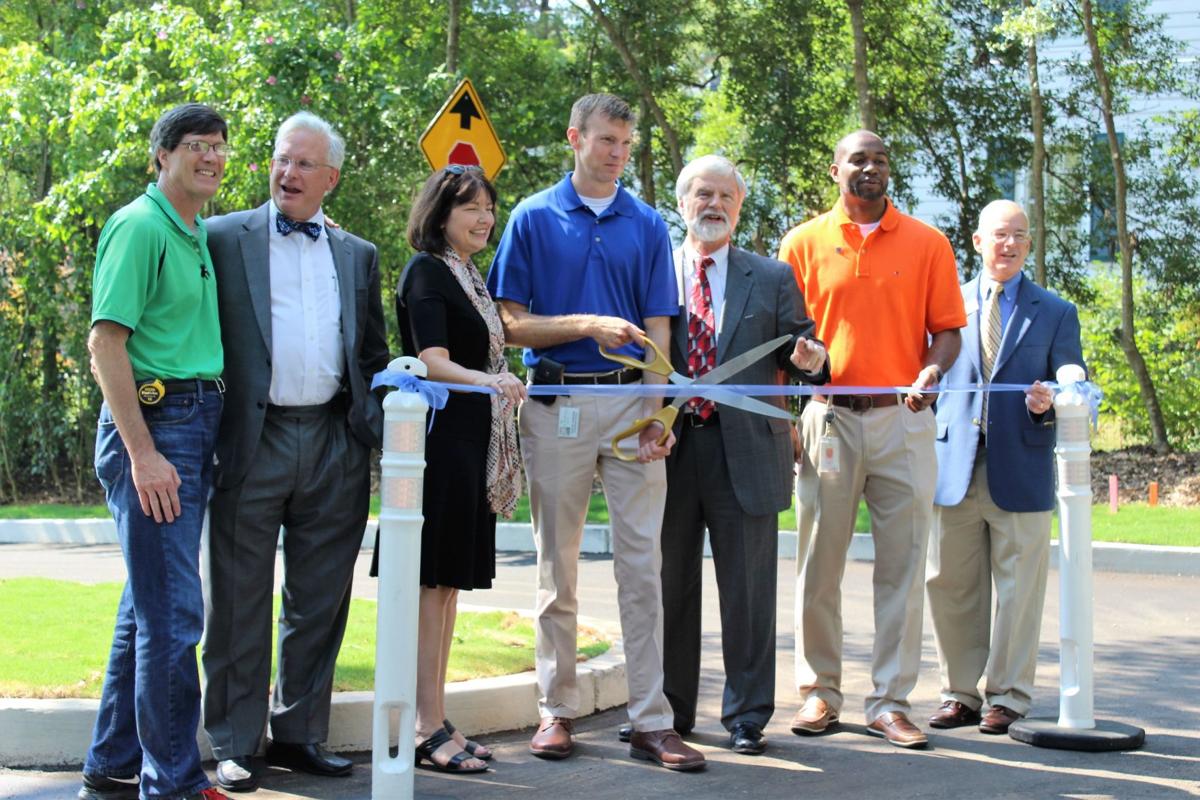 The Oxbo Road Realignment project (top center), estimated at about $4 million, will make Oxbo a major east-west route crossing Ga. 9. The city has built an interim lane for eastbound traffic until funding is secured for the realignment.

ROSWELL, Ga. -- The new Oxbo Road extension is only about 50 times longer than the ribbon officials cut to open the road, but city officials say that small strip of asphalt will make a big difference.

The city completed the project on a shoestring budget of $103,000, having acquired much of the right of way and property at little or no cost.

Yet, the 220-foot-long street is expected to provide relief from congestion at Oxbo and Ga. 9, improve safety and revitalize an entire section of Roswell by providing an eastbound access to Ga. 9 from the west.

Until now, Oxbo only had a single westbound lane running for one block west of Ga. 9.

Roswell Transportation Director Steve Acenbrak said widening the single westbound lane to add eastbound traffic would have created a sight problem for those eastbound motorists turning onto Ga. 9. The city would have had to construct a retaining wall at the corner to allow motorists a good view of oncoming traffic.

Rather than construct the retaining wall at an estimated cost of between $150,000-$200,000 and widen the westbound lane, the city developed a plan to run a parallel lane farther south, on the south side of the Roswell First Baptist Church parking lot. The lot was rebuilt to include the same number of parking spaces as before.

This project would solve the visibility problem because eastbound traffic would be farther south when entering Ga. 9.

Acenbrak said the added mobility will allow the city to close off areas for recreational events while allowing traffic on the west a route to Ga. 9.

“People are cautiously looking at this, realizing they can do it, and once they do it for the first time – they realize it’s pretty unique,” Acenbrak said.

The homerun for Acenbrak was having solved a problem in an inexpensive and cost-effective manner.

“We think this is a nice, tasteful, well-thought-through [project] that is meaningful, practical and really did save some money for the citizens of Roswell,” Acenbrak said.

The extension is a short-term solution to a problem that has plagued the city for years: east-west connectivity. Plans are already underway on a $3.9 million project to realign all of Oxbo Road and make it one continuous thoroughfare for east-west traffic across Ga. 9 with a traffic signal. Preliminary engineering has been completed on that project, but the city is awaiting funding. Negotiations are underway with property owners along the proposed path.

Mayor Jere Wood said the extension will have a huge transportation impact.

“This is a great example of creativity, to bring a project in in a very short period of time for a very reasonable cost,” Wood said. “And it has to do with the creativity of our Transportation Department. They’re looking for common-sense, simple solutions that can be done quickly to create connectivity in Roswell.”

Podcast: I am giving my child permission to purchase this sword.

Podcast: A Dummy’s Guide to a Funeral.