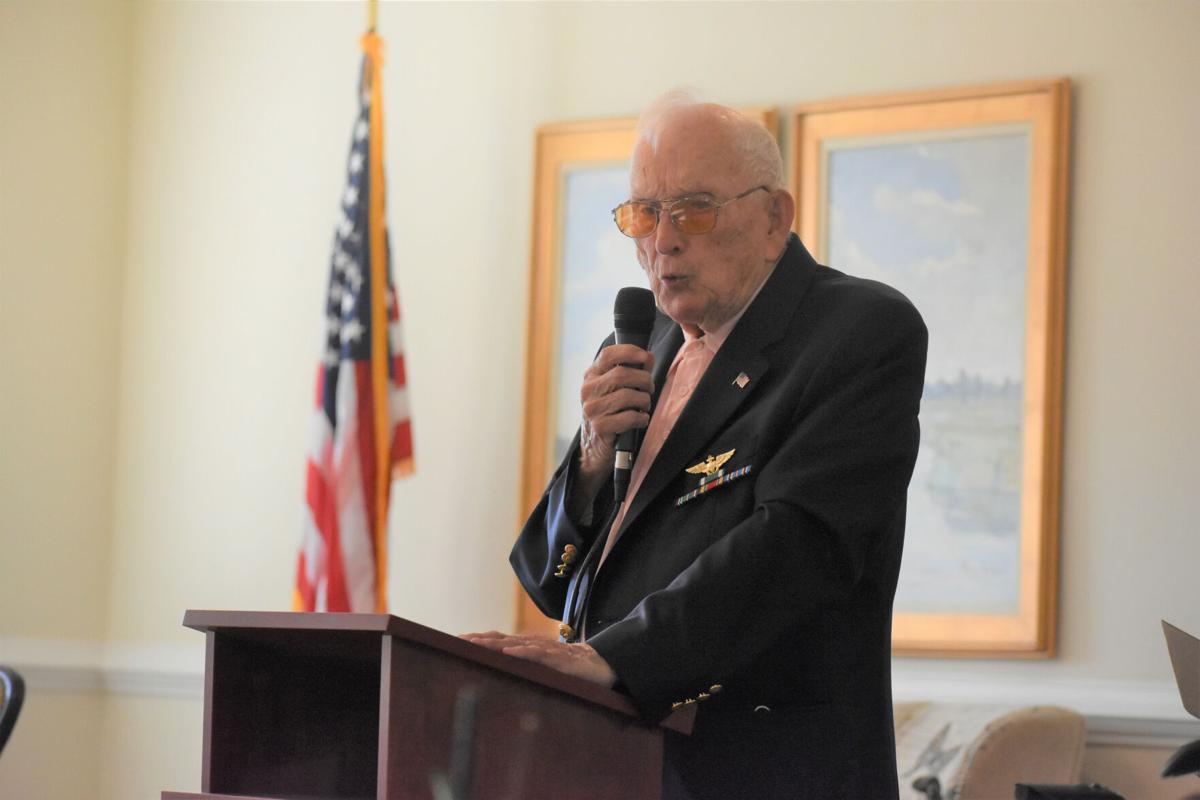 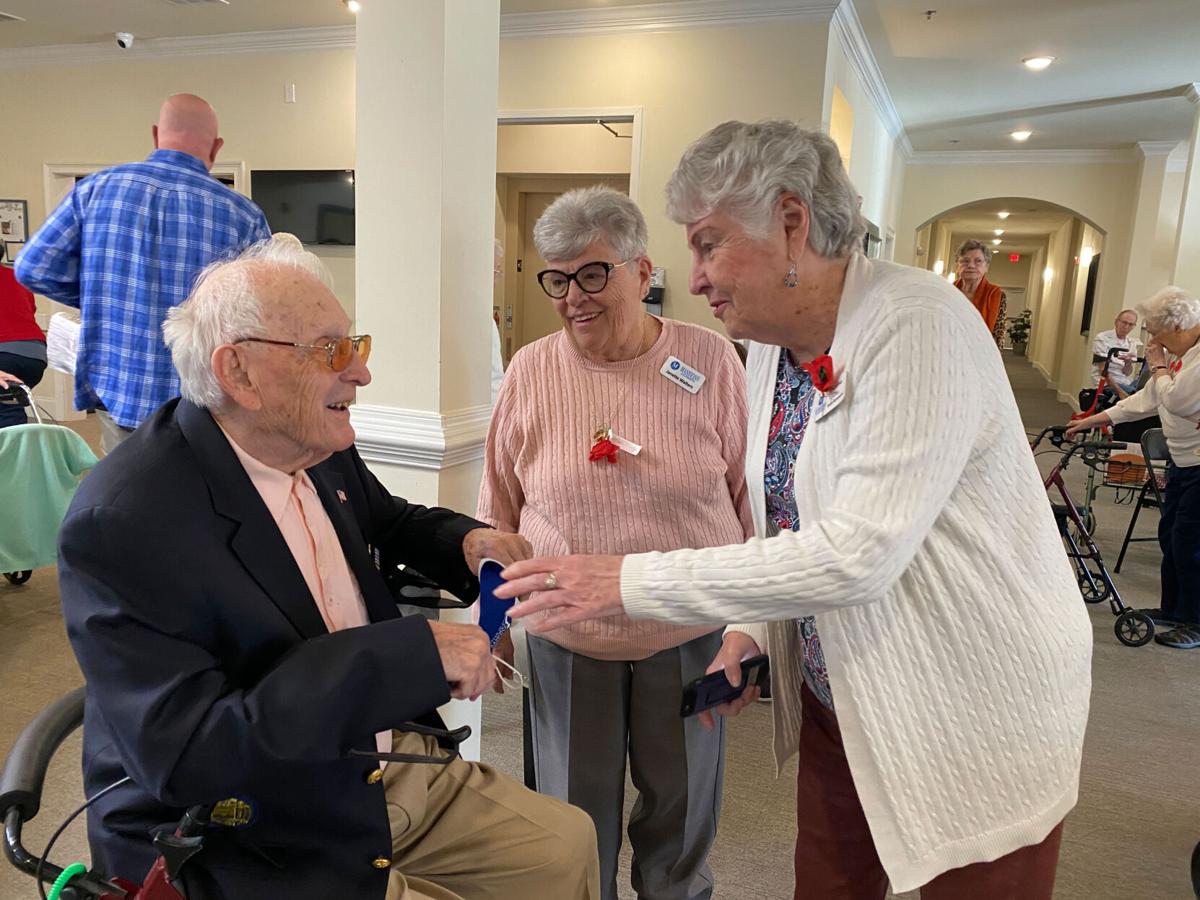 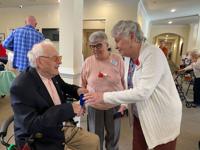 Mansions at Alpharetta Senior Independent Living staff thank Franklyn E. Dailey Jr., for sharing stories about his service in the U.S. Naval Reserve during World War II. Dailey was a featured speaker at the facility in honor of Veterans Day, Nov. 11. 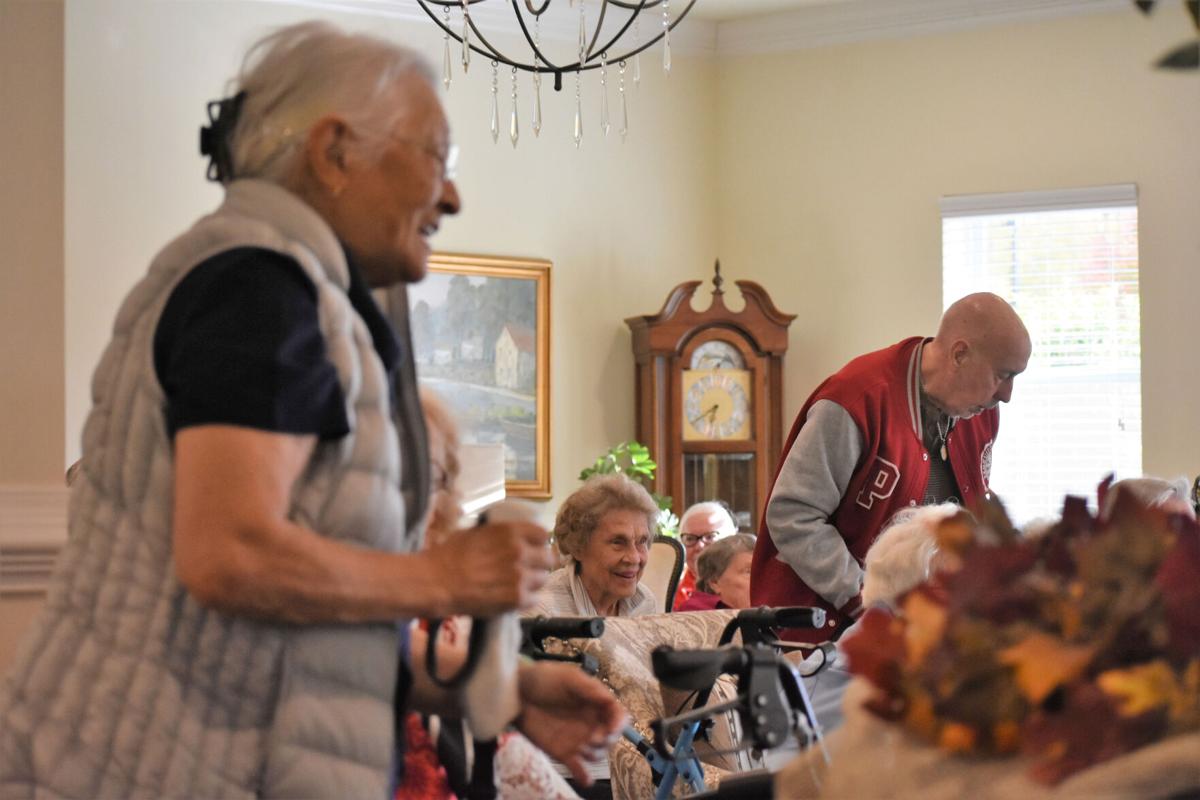 A room full of residents as well as honored guests, including members of the North Fulton Veterans Society, attend a Veterans Day event at Mansions at Alpharetta Senior Independent Living Nov. 11. 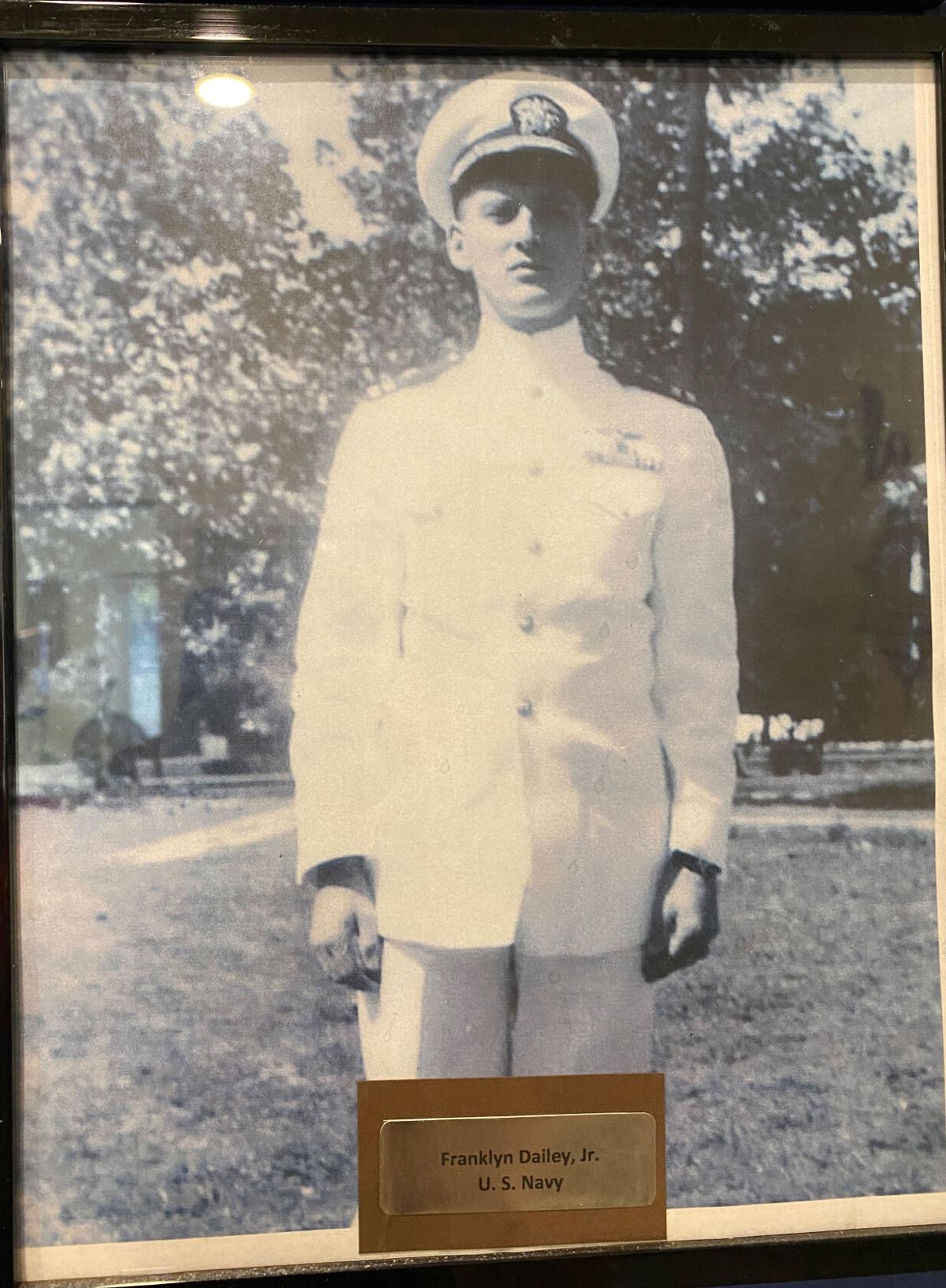 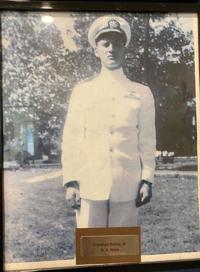 A room full of residents as well as honored guests, including members of the North Fulton Veterans Society, attend a Veterans Day event at Mansions at Alpharetta Senior Independent Living Nov. 11.

At 100 years old, the retired U.S. Navy Reserves captain is one of the last of his generation, and through his first-hand experience, exemplifies how rare it is to make the ultimate sacrifice. Dailey is also the author of three books — “My Times with the Sisters,” “Joining the War at Sea, 1939-1945” and “The Triumph of Instrument Flight: A Retrospective in the Century of U.S. Aviation.”

On Veterans Day, Dailey recounted his experience during World War II to a room full of his fellow residents and honored guests including members of the North Fulton Veterans Society.

This was the first time Mansions at Alpharetta Senior Independent Living had a featured speaker for Veterans Day, and Activities Director Holly Barnes said they were fortunate to have Dailey speak.

“Folks at Frank’s age are not hanging around too much anymore, so we are blessed,” Barnes said.

Born in February 1921 in Rochester, New York, Dailey is the oldest of two children and the only veteran in his family. His grandparents immigrated to the U.S. from Ireland. They had eight boys – the youngest was Dailey’s dad – and one girl, but not one of them served in the military.

In 1942, Dailey graduated with honors from the U.S. Naval Academy’s World War II accelerated program. Then, in the fall of 1945, he earned his aviation wings and began to fly extensively in the Aleutian Islands while monitoring enemy radio transmissions and submarines.

That same year, he was involved in rescue efforts for the disappearance of Flight 19, a group of five torpedo bombers that vanished over the Bermuda Triangle. He was commended for his service and duty performance as a gunnery officer on the USS Edison during the invasion of southern France in August 1944.

He received a Silver Battle Star award for participating in five major battles – the invasions of Casablanca, Sicily, Anzio, Salerno and southern France. He maintained his presence in various squadrons in the active Naval Air Reserve, retiring as a squadron commander after about 25 years of service.

Dailey married his wife Marguerite “Peggy” Parker Dailey in 1944. Out of seven sons and one daughter, only two were able and/or willing to serve in the military. His third son volunteered to serve in the armored division in the Vietnam War, while his sixth son volunteered and went on to serve a full-length tour in the U.S. Army Occupation of Europe.

Despite his years of service, Dailey said the term “veteran” is fairly new.

“The word ‘veteran,’ which is now applied to Nov. 11, wasn’t a commonly used name when I was young, but it is a common term today because we’ve been in two world wars and we have a lot of veterans,” Dailey said. “A lot of them have been lost and we certainly regret that.”

In 2018, about 7% of U.S. adults were veterans, down from 18% in 1980, according to the U.S. Census Bureau. The drop coincides with decreases in active-duty personnel.

Over the past half-century, according to the Pew Research Center, the number of people on active duty has dropped significantly, from 3.5 million in 1968, during the military draft era, to about 1.4 million, or less than 1% of all U.S. adults, in today’s all-volunteer force. The draft ended in 1973.

Gulf War-era veterans now account for the largest share of all U.S. veterans, having surpassed Vietnam-era veterans in 2016, according to the Department of Veterans Affairs’ 2018 population model estimates. There are around 240,000 World War II veterans alive today.

When asked why he continues to share about his military experience at his age, Dailey paused for a moment and said, “I love people, and I believe there is a genuine gap of knowledge about the United States in World War II.”

Marketing Director Dawna Williamson said Mansions at Alpharetta Senior Independent Living takes great pride in all of its veterans, evidenced by the veterans walls they have at their various facilities.

“What we’ve noticed with some of the new residents is that many of them don’t even have service pictures anymore,” Williamson said. “So, to actually have pictures from when they served, it’s just so interesting that some families really keep that history alive, and you heard with Frank, about even the rarity in a family of eight to only have one to serve, it’s quite an accomplishment.”