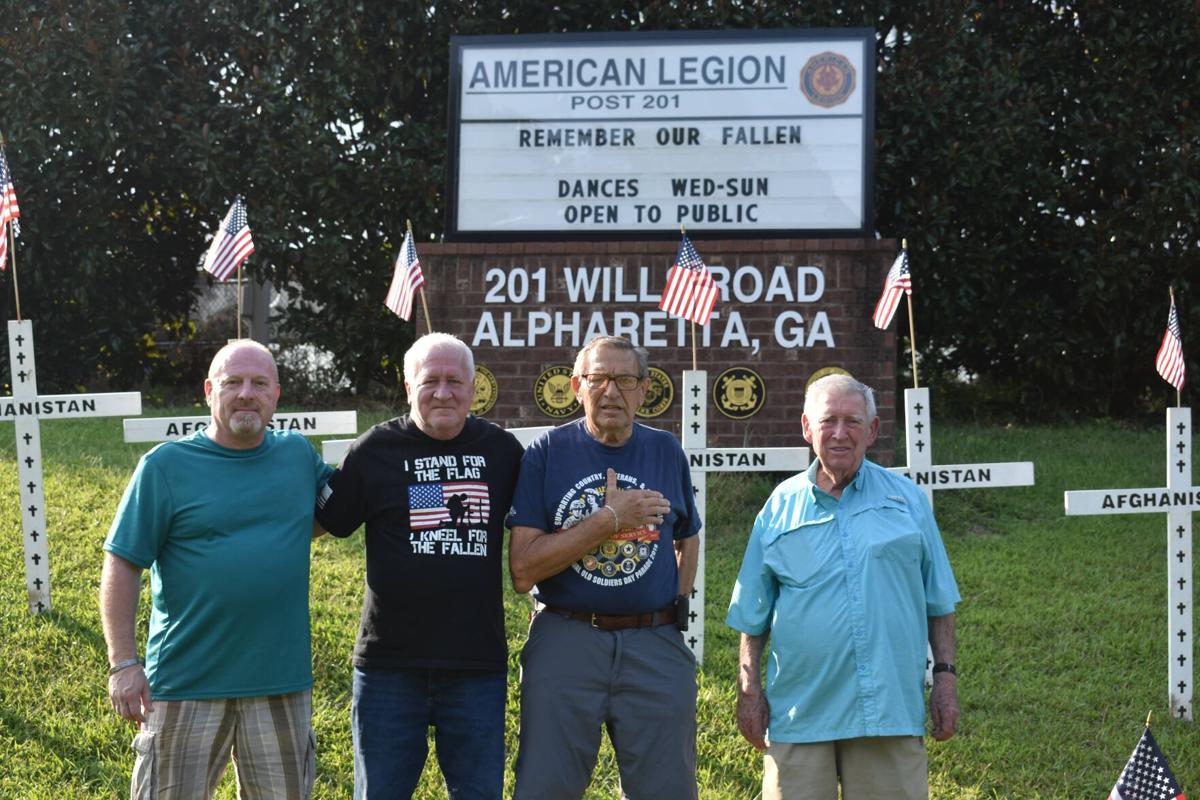 American Legion Post 201 Commander Fred Mahoney, Executive Officer Dave Kirchner, and members Steve Olesnevich and Sam Pharis stand in front of the 13 crosses placed for the servicemembers killed Aug. 26 in an attack near the airport in Kabul. 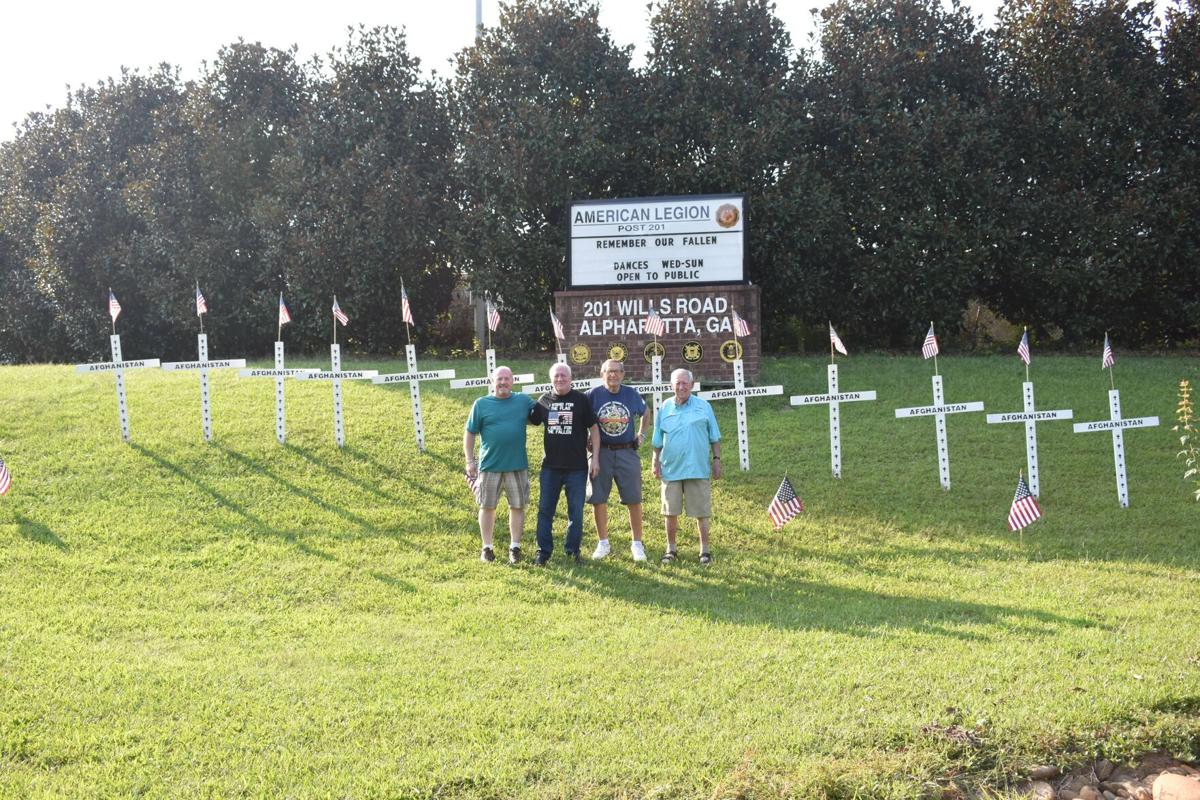 American Legion Post 201 Commander Fred Mahoney, Executive Officer Dave Kirchner, and members Steve Olesnevich and Sam Pharis stand in front of the 13 crosses placed for the servicemembers killed Aug. 26 in an attack near the airport in Kabul.

ALPHARETTA, Ga. — Americans across the country have been showing their respects in unique ways for the 13 service members killed in the Aug. 26 suicide bombing outside Kabul’s Hamid Karzai International Airport in Afghanistan.

In Alpharetta, Steve Olesnevich, also known as “Steve O,” was sitting at the American Legion Post 201 shortly after the attack when he saw pictures of the young service members and felt it in his heart to place 13 crosses in their honor near the front of the building.

“There’s no question,” Olesnevich said, “they had to go up. If it wasn’t one group, it would’ve been another. I just happened to be sitting here one day, and I said we have to do something — they deserve it.”

The 80-year-old, who served in the Army during the Cold War, is a part-time caretaker employee at Post 201. He also donates volunteer time mailing out care packages to deployed military personnel worldwide.

On Labor Day, when Olesnevich set out to place the crosses, he said three teenagers going down Wills Road saw what he was doing and immediately went over to help.

“They knew what I was doing, and they took the mallet away from me and took over,” Olesnevich said. “There were two guys and a gal. She became the aligner, and one guy was the spacer and the other the pounder. They put it together out of respect. It did make my eyes moist a little bit. They were doing it out of their heart, too.”

Elsewhere across the country, restaurants and businesses have been reserving tables and placing 13 beers to honor those who lost their lives. Olesnevich said Post 201 is doing something similar by leaving out 13 cans of beer and a cigar for each of them.

“It’s a somber time for me as military,” Olesnevich said. “I wasn’t in combat, but for somebody to die, there are no words.”

The service members killed in the attack are:

They were among the last American troops in Afghanistan helping people escape before they withdrew from the country, ending the 20-year war.

However, there are still American troops deployed in countries like Syria and Kuwait, and Olesnevich said they can use all the morale boosters they can get so he will continue to mail out care packages.

“Right now, they don’t know what our country’s doing,” Olesnevich said. “We’re kind of upside-down, and what are they over there for? Well, a box helps out.”

Olesnevich said the boxes are filled with “tender love and care” as well as anything with sugar. It costs $20 to ship a box. Post 201 accepts donations for items and the cost of postage.