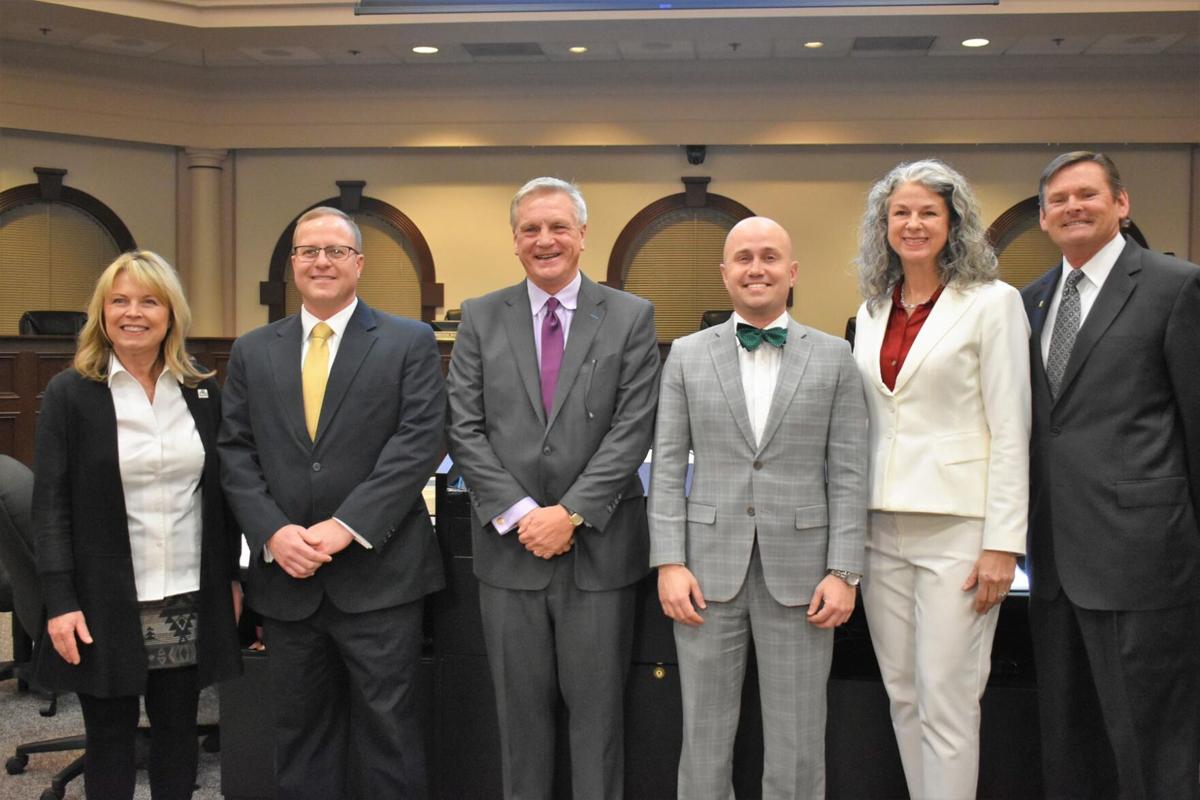 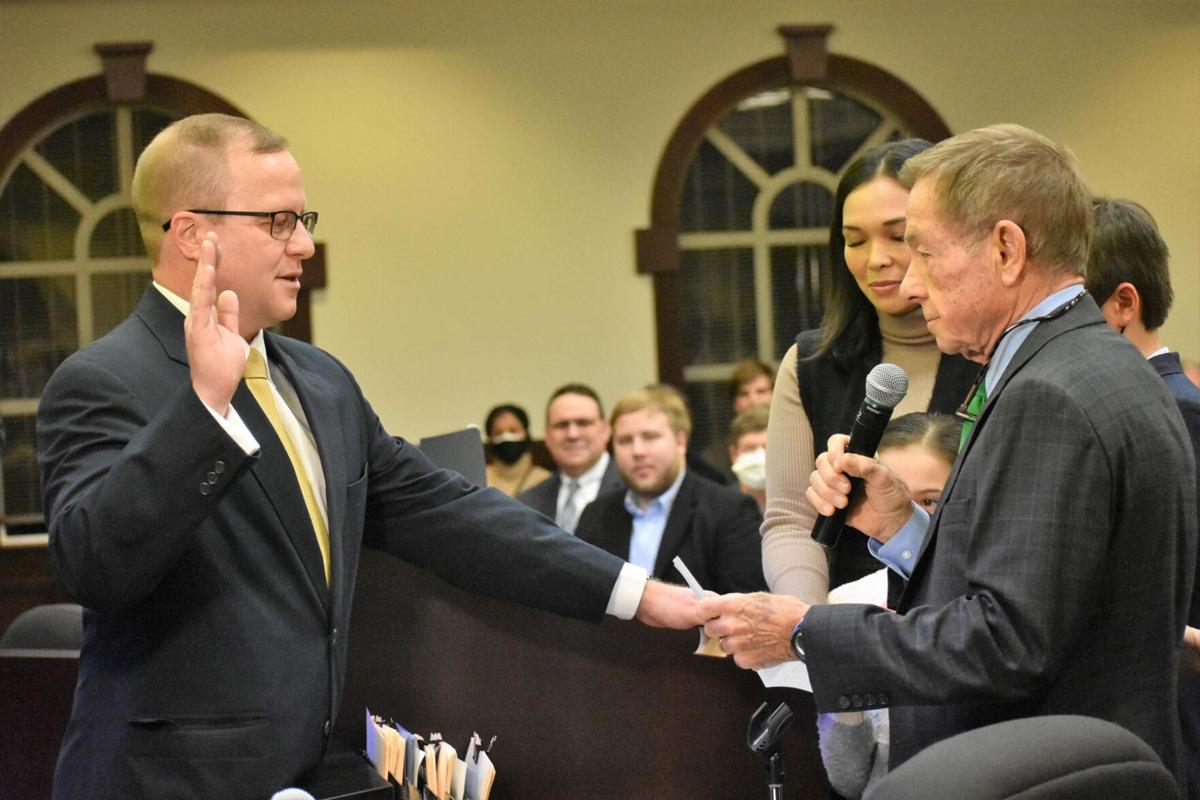 Post 5 Councilman Will Morthland’s father, Richard Morthland, swears him in Jan. 10. His wife and two kids stand beside him. 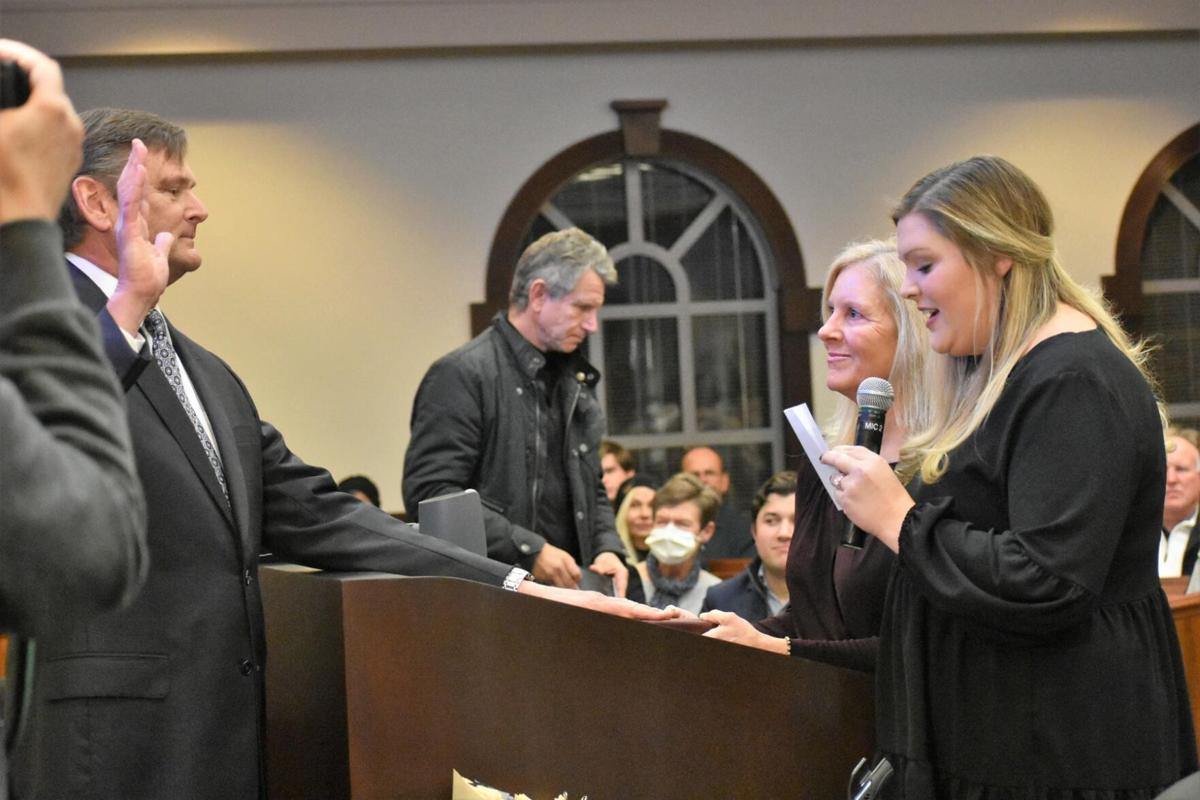 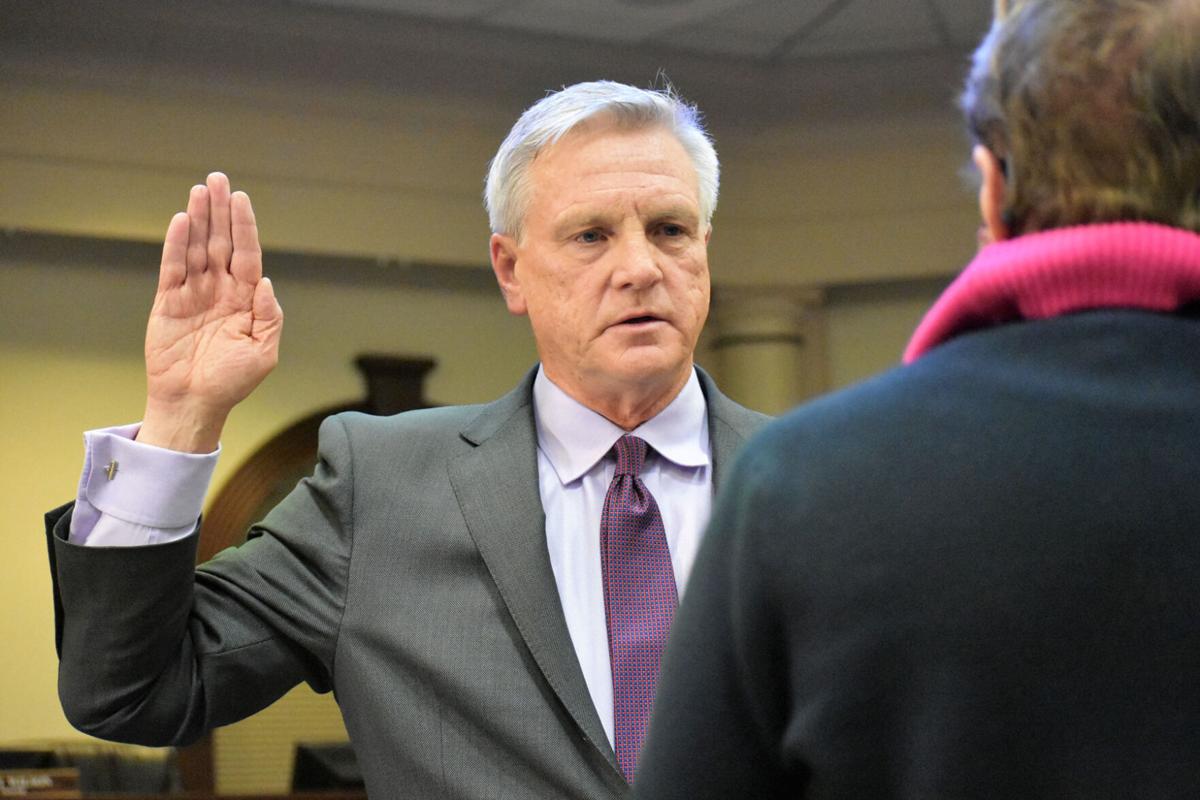 Post 5 Councilman Will Morthland’s father, Richard Morthland, swears him in Jan. 10. His wife and two kids stand beside him.

ROSWELL, Ga. — A crowd sat shoulder-to-shoulder inside the Roswell Council Chambers on Monday for a chance to watch Mayor Kurt Wilson and three new city council members take the oath of office.

Wilson’s swearing-in was followed by Peter Vanstrom, Will Morthland and Lee Hills, whose family members did the honors. They join returning council members Mike Palermo, Christine Hall and Marcelo Zapata.

During the meeting, the council unanimously chose Palermo to serve as mayor pro tem. Palermo, who was first elected to the City Council in 2015, immediately tried to set a new tone for the mayor and City Council, saying he hoped they would “civilly” work together for the betterment of Roswell.

“We’re not always going to agree on everything,” Palermo said, “but I think it’s really important that the whole community comes together for the dialog and how we move things forward. I could not be more excited than with these elected officials getting the opportunity to really represent our community.”

Zapata did not attend the meeting on Monday, but Hall said she shared Palermo’s excitement.

“We have a big agenda and a lot to get done, and I know that everybody is ready to get down to work to work for the citizens of Roswell, so welcome aboard,” Hall said.

As Roswell Fire Department Chaplain Dorie Griggs conducted the invocation, she asked that the mayor City Council lead with a servant’s heart and spirit of collaboration.

“May all who enter this building be treated with respect, dignity and kindness,” Griggs said. “In a city made up of longtime residents and newcomers, may each voice be valued and heard for their unique perspective.”

Roswell has a new mayor and city council members. Kurt Wilson, Lee Hills, Will Morthland and Peter Vanstrom were sworn in about half an hour ago. The regular City Council meeting will resume at 7 p.m. Full story to come. pic.twitter.com/pZ2nKZl2f5

Following a reception in the rotunda, the City Council got straight to business and unanimously agreed to sign a contract with Gradeco Inc. for stormwater infrastructure enhancements along Fouts Road and East Roswell Park for $64,560.

Interim Director of Environmental/Public Works Sharon Izzosaid the purpose of the agreement was to alleviate the excessive stormwater flow from Fouts Road that’s flooding a residential property on Quincy Lane.

The City Council then unanimously approved a policy change that allows homeowners associations and nonprofit organizations to place private security cameras in the city right-of-way without having to individually ask for final approval from the City Council.

Wilson: There’s plenty of good work ahead for Roswell

Interim Director of Transportation Dan Skalsky said his department has been working on this with the Willow Springs Homeowners Association for the past six months. The change, however, still allows the City Council to revoke their license at any time, for any reason.

Any homeowners association or nonprofit that wants to apply for a license to install security cameras in the city right-of-way will pay a $100 fee, which will be deposited in the general fund.

In other business at the meeting, the Roswell Water Utility was recognized for receiving the Distribution System Excellence Gold Award from the Georgia Section of the American Water Works Association and the Georgia Association of Water Professionals. The award recognizes utilities throughout the state for their operation of drinking water distribution systems.

The next City Council meeting is slated for Jan. 24.