ROSWELL, Ga. — The wife of Roswell City Councilman Marcelo Zapata, acting under power of attorney, submitted his resignation letter in an email to Mayor Kurt Wilson on June 28.

The letter was submitted approximately six hours after Wilson made a video announcing that the city will hold a special election in November to replace Zapata. 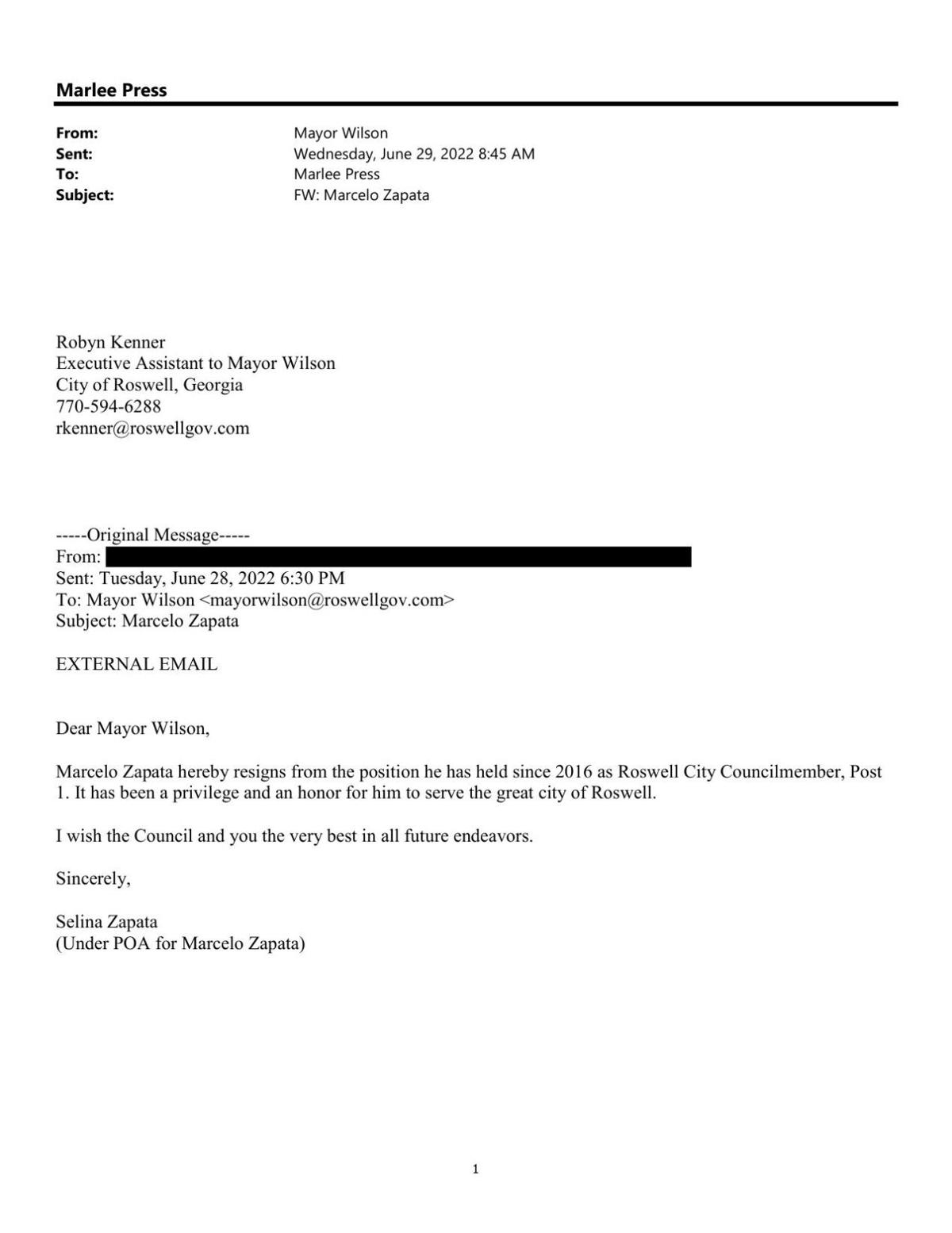 While the letter did not state why Zapata was resigning, he has been away from his post since November 2021 for medical reasons. Selina Zapata says in the letter that her husband has served on the Post 1 seat since 2016.

“It has been a privilege and an honor for him to serve the great City of Roswell,” it states. “I wish the Council and you the very best in all future endeavors.”

Wilson told Appen Media in a phone interview on June 27 he intends to share more details about the upcoming election at the July 11 City Council meeting scheduled for 7 p.m. at City Hall.