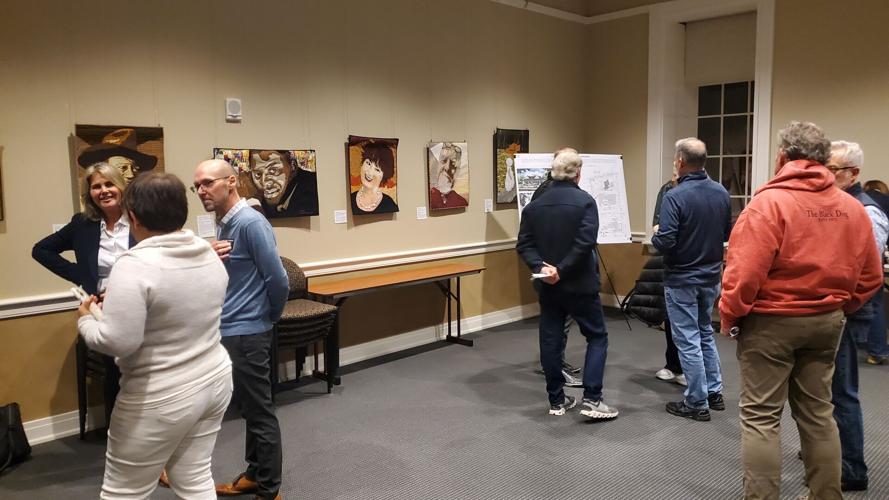 Alpharetta residents gather at City Hall Jan. 11 to comment on projects under review at the monthly Community Zoning Information Meeting. The meetings allow residents to ask questions and offer feedback on upcoming and current private projects. 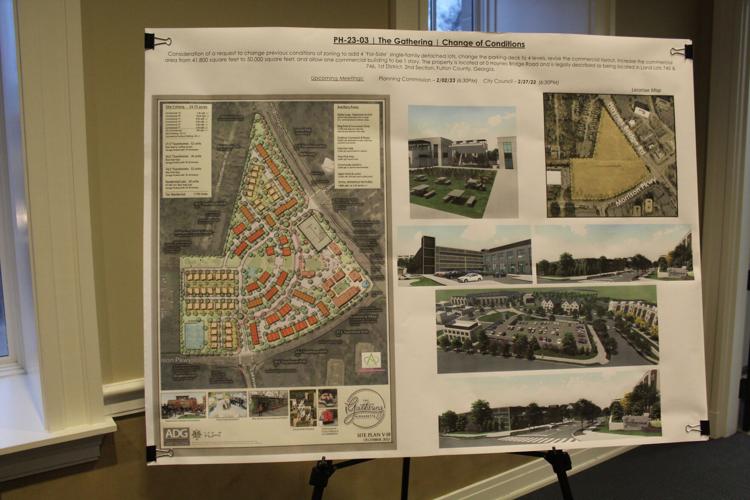 Matt Brock of Brock Built Homes displays a board illustrating the upcoming multi-use development The Gathering planned on a parcel at Haynes Bridge Road and Morrison Parkway. Brock is seeking a change of conditions to allow the addition of four single-family homes. 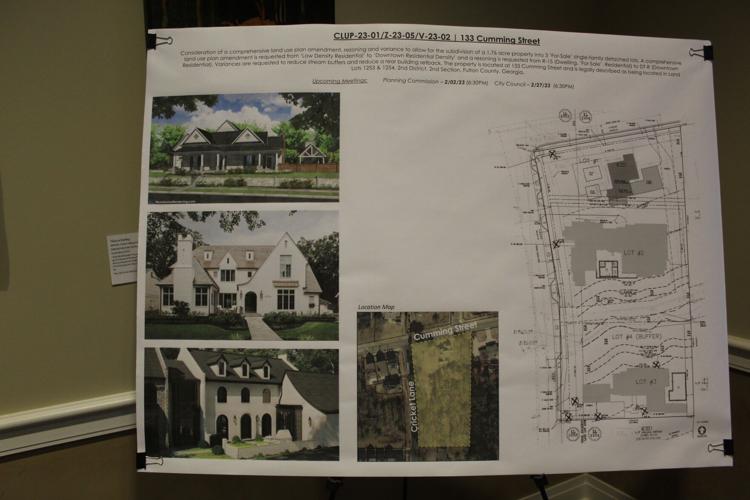 Jenn Thomas of Madewell Homes said the parking spots would not take up the current area of the road, but would rather decrease the amount of land Madewell would have for the project.

Thomas said the most resistance the project has received is surrounding the stream that cuts through the property. The case requests a variance to reduce stream buffers on the property.

Both Andrej Killer and Charles Pellisier, residents in the area, said they were concerned about reducing the stream buffer. Karabin also wrote that she was concerned about keeping the natural foliage surrounding the water.

Linda Lopez presented her plans for Mamita’s Tacos and Cantina, a Mexican restaurant planned at 312 N. Main St. Currently, Lopez said, a vacant house stands on the lot. Lopez said the house would be demolished to make room for the restaurant.

“It’s too old,” Lopez said. “It’ll be pricier to try to make it, you know, conform for the size of restaurant we’re trying to do.”

Both zoning cases are scheduled for presentation at the Feb. 2 meeting of the Alpharetta Planning Commission.

Brock Built Homes’ The Gathering has already passed through the Planning Commission. The Gathering is a multi-use development including single-family homes, different models of townhomes and a commercial area with various shops and businesses.

The property has been cleared and was zoned last year, according to Brock Built Executive Director Matt Brock. The case will go before the City Council, which will review a change of conditions to add more single-family homes in the development, as well as increase the lot size for commercial businesses.

Brock said walkability, one of the reasons Brock Built chose to have the Alpha Loop cross through the property, is an important part of the project.

“You can go get a nice meal, have a couple glasses of wine, or whatever it is, and walk home,” Brock said. “Whether that’s on Alpha Loop to downtown, you’ve really got a walking distance to one of our units here.”

All three cases will be discussed at the Feb. 27 City Council meeting.