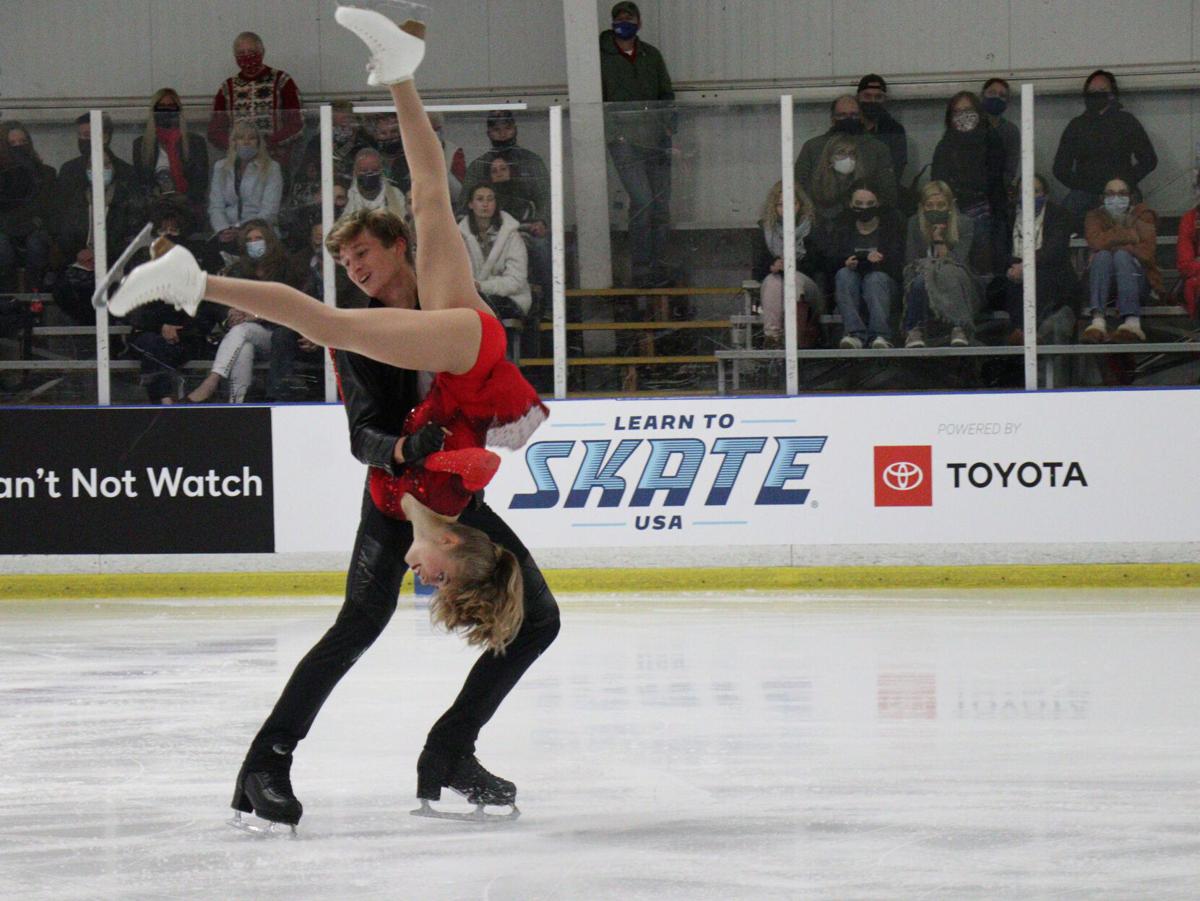 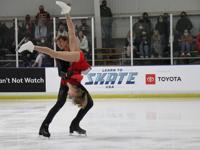 Artem Markelov performs a figure skating move with partner Leah Neset for their routine at the 2022 U.S. Figure Skating Championship Series in Alpharetta. 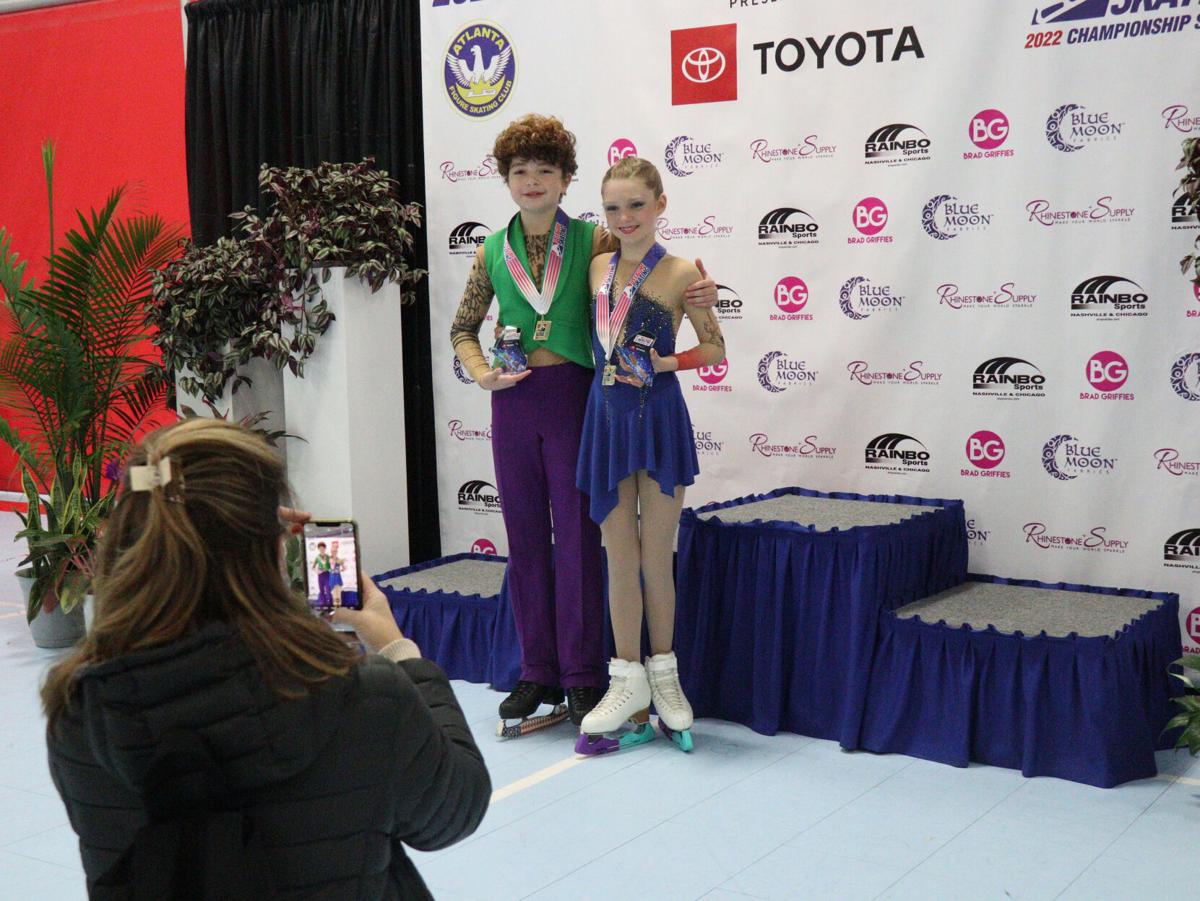 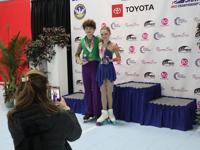 Novice pair contestants Dylan Cain and Olivia Ilin smile with their medals and trophy as Ilin’s mother, Jennifer Lagomarsino, sets up for a photo. 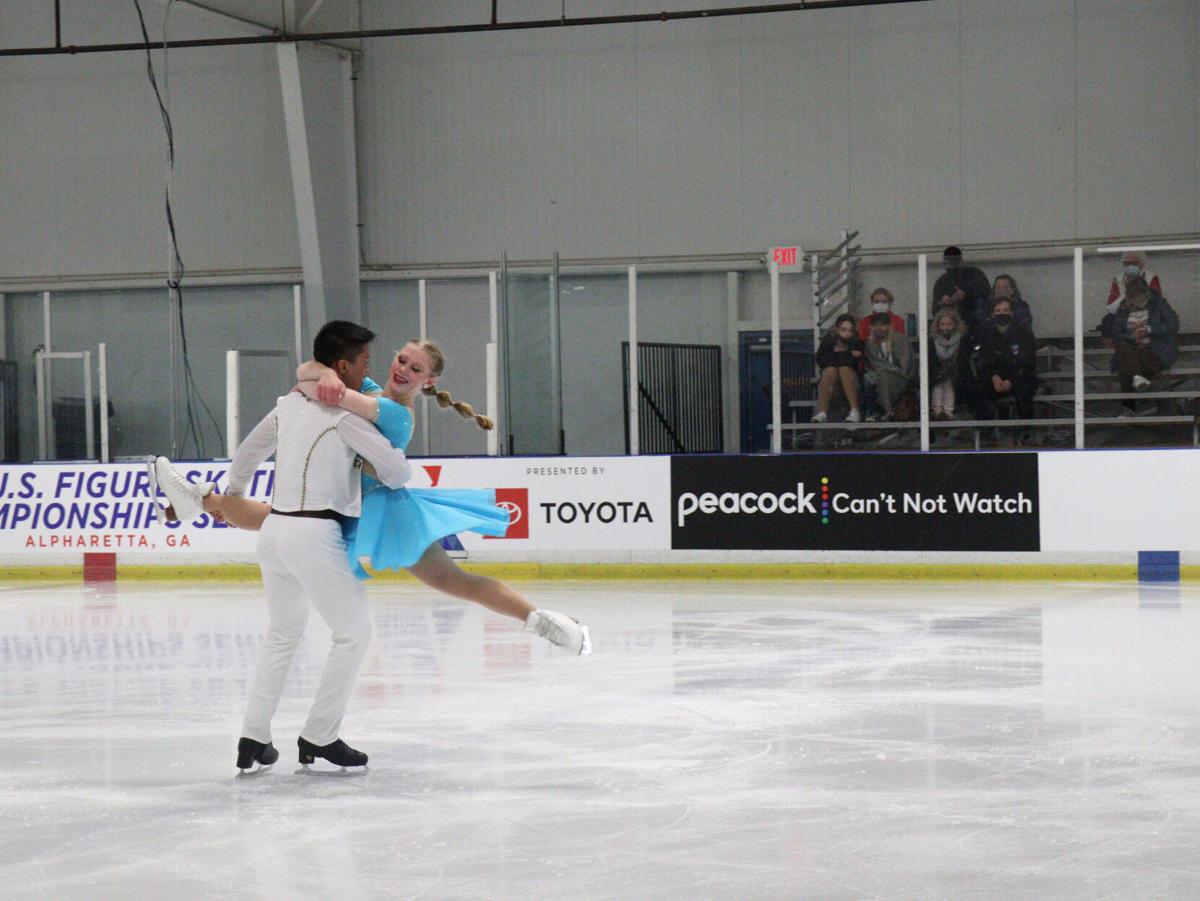 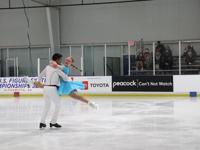 Steven Wei lifts partner Anna Sophia O’Brien as part of their routine for the Novice Dance competition at the 2022 U.S. Figure Skating Championship Series in Alpharetta. 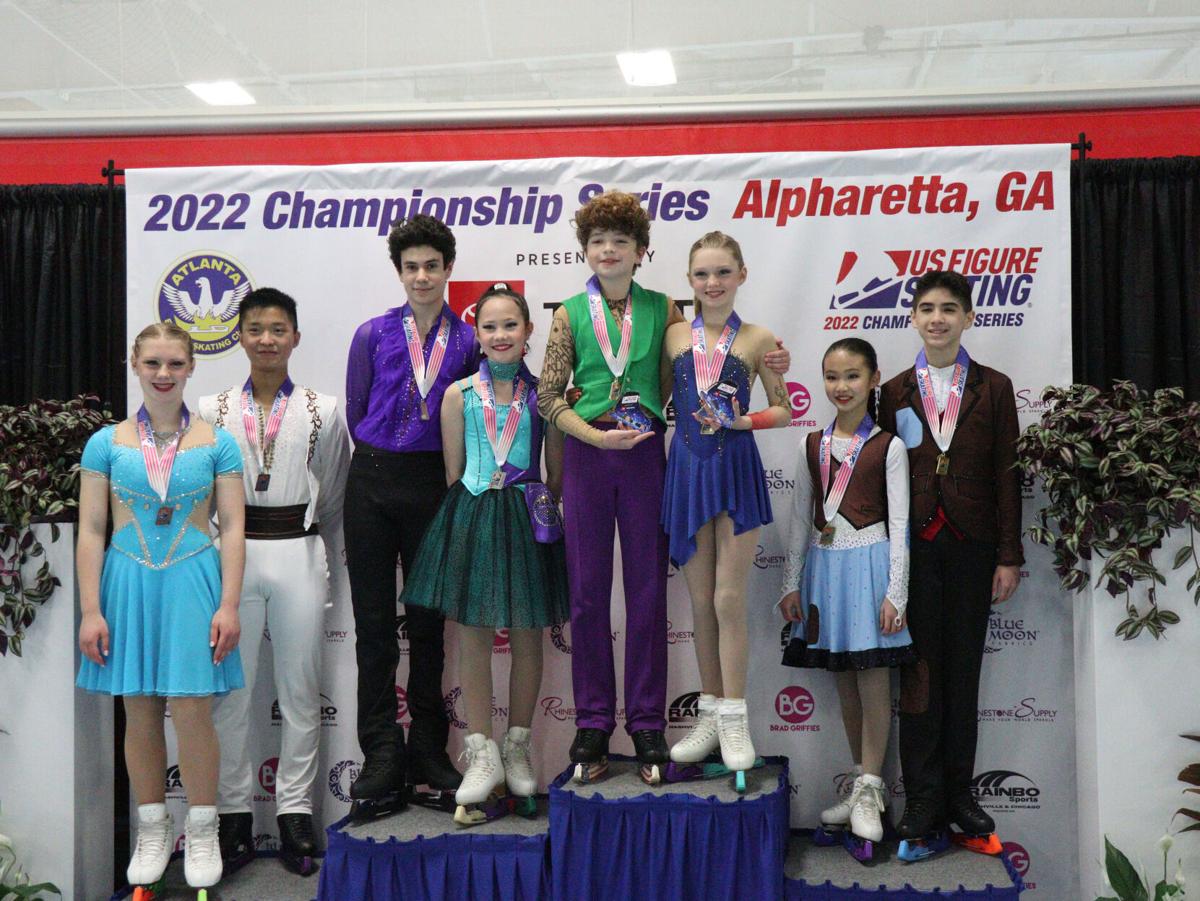 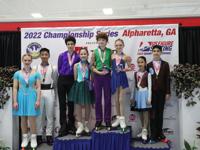 Artem Markelov performs a figure skating move with partner Leah Neset for their routine at the 2022 U.S. Figure Skating Championship Series in Alpharetta.

Novice pair contestants Dylan Cain and Olivia Ilin smile with their medals and trophy as Ilin’s mother, Jennifer Lagomarsino, sets up for a photo.

Steven Wei lifts partner Anna Sophia O’Brien as part of their routine for the Novice Dance competition at the 2022 U.S. Figure Skating Championship Series in Alpharetta.

ALPHARETTA, Ga. — More than 400 figure skaters from across the country broke the ice at The Cooler in Alpharetta Nov. 16-20 for a shot to qualify for the 2022 Olympics.

Alpharetta was one of eight venues where skaters could compete in the 2022 U.S. Figure Skating Championship Series presented by Toyota.

Alpharetta Convention & Visitors Bureau President and CEO Janet Rogers said the series was set to draw 440 skaters from all over the U.S. to compete in Singles figure skating and Ice Dance. Hosting such a high-profile event showcases Alpharetta, placing the city in the minds of people worldwide, Rogers said.

“We are excited to host the best figure skaters in our country and show them our Alpharetta hospitality,” Rogers said. “It is also incredibly beneficial for all of Alpharetta’s tourism and hospitality businesses.”

Dylan Cain, 13, and Olivia Ilin, 12, members of the Washington Figure Skating Club out of Maryland, are one of the pairs that train year-round, practicing five days a week after school. Their training consists of on-ice instruction, spin and performance lessons, off-ice conditioning and dance classes.

Cain and Ilin compete in the Novice category. Novice skaters are generally required to skate two pattern dances and one free skate. The pattern dances for the 2021-22 season were the Westminster Waltz and the Blues.

Their coach, Dmytri Ilin, prepare Cain and Ilin’s free dance in the early spring. The process starts with a concept and the selection of music. Then, choreography and costumes are designed to match. The novice level competition series starts in June and runs through November.

Like all young competitors, Cain and Ilin are responsible for keeping up with their studies. Cain is in 8th grade and Ilin is in 7th.

“Dylan and I worked really hard this season, and it was great that our commitment to our training paid off,” Ilin said. “It was amazing to win both the Championship Series events and earn a personal best score in Atlanta.”

Cain said the training leading up to the competition was well-worth their efforts.

“I was proud of how we skated, and it felt great knowing that all of our hard work resulted in two gold medal performances in the Championship Series,” Cain said. “I'm looking forward to continuing training and to what the future holds for us.”

Rodgers said the competition not only brings figure skaters, but their families, teams, judges and others involved in the performances, showcasing Alpharetta’s eateries, retail stores and other attractions.

Rodgers said the visitors bureau has a long-standing relationship with the Atlanta Figure Skating Club. Alpharetta has hosted a number of events previously, she said.

Tea Junnila, Atlanta Figure Skating Club Competition chairwoman, said as hosts, they were in charge of organizing travel, accommodation and hospitality for nearly 60 officials. Junnila also credits the Alpharetta Convention and Visitors Bureau and Anna Mikell for being a great help.

“We have lot of experience in successfully hosting our non-qualifying annual events which are also rather large,” Junnila said. I still have to admit that hosting was more than we expected.”

The visitors bureau estimates the approximate economic impact the skating competition will bring at around $145,800.

Junnila said she enjoys hosting skaters from all over the country, including local athletes.

“For younger skaters [in Georgia] this was a great opportunity to see high level skating and offer role models to be watched perform at their home rink,” Junnila said. “Hopefully this will also add interest towards figure skating over all as Olympic year is coming.”

The Nationals in Nashville will be held Jan. 4-9, 2022, and available on streaming service Peacock.